US President Joe Biden has used his first address before the UN General Assembly to summon allies to move more quickly to address the festering issues of the COVID-19 pandemic, climate change and human rights abuses, while insisting the US is not seeking "a new Cold War" with China.

The president said the halting of US military operations in Afghanistan last month, ending America's longest war, set the table for his administration to shift US attention to intensive diplomacy at a moment with no shortage of crises facing the globe.

"To deliver for our own people, we must also engage deeply with the rest of the world," he said.

READ MORE: 'The world must wake up': Tasks daunting as UN meeting opens 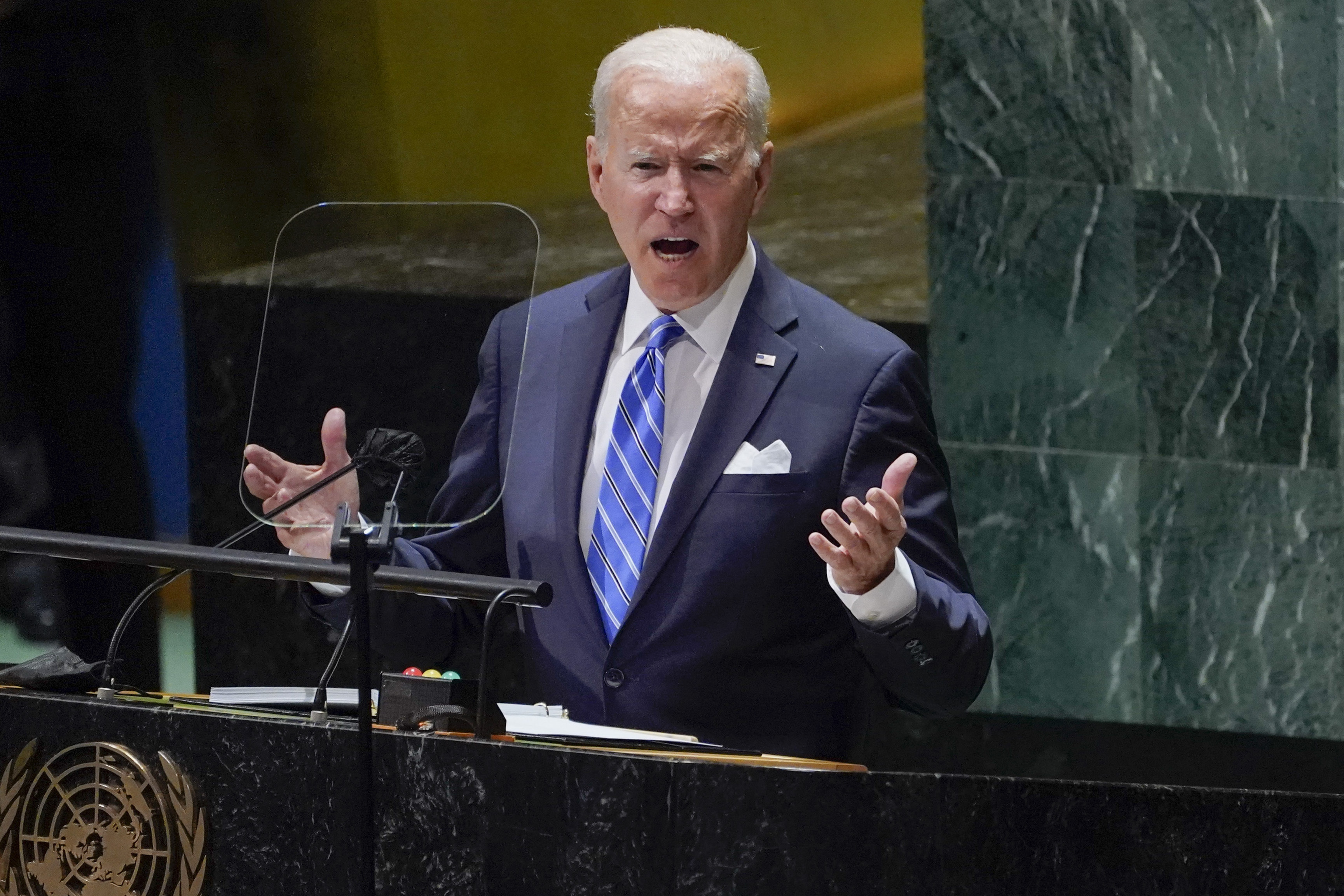 He added: "We're opening a new era of relentless diplomacy, of using the power of our development aid to invest in new ways of lifting people up around the world."

Biden offered a robust endorsement of the UN's relevance and ambition at a difficult moment in history, and sought to reassure wary allies of US cooperation after a disagreements in recent months.

He also pledged to double US financial aid to poorer countries to help them switch to cleaner energy and cope with the "merciless" effects of climate change. That would mean increasing assistance to about US$11.4 billion ($15.75 billion) a year. This after five months ago doubling the amount to US$5.7 billion ($7.87 billion) a year.

The US$100 billion ($138.14 billion) goal is key because in climate negotiations there's a dramatic rich-poor nation gap. Developing nations and others are reluctant to curb emissions further of heat-trapping gases without help from developed nations, which in the words of British Prime Minister Boris Johnson, are "the guys that created the problem." 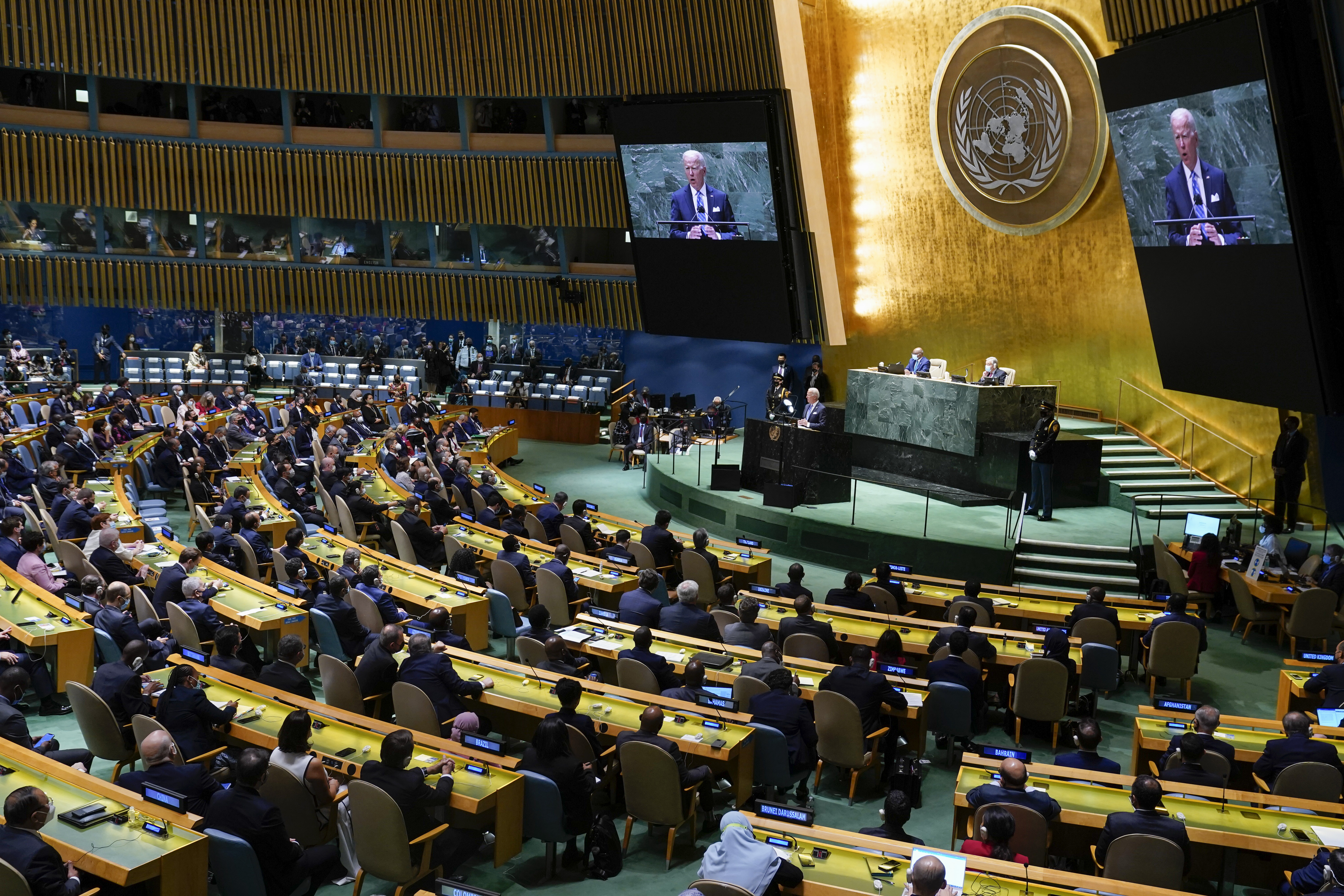 Biden is facing a healthy measure of skepticism from allies during his week of high-level diplomacy. The opening months of his presidency have included a series of difficult moments with friendly nations that were expecting greater cooperation from Biden following four years of Donald Trump's "America first" approach to foreign policy.

Eight months into his presidency, Biden has been out of sync with allies on the chaotic ending to the US war in Afghanistan. He has faced differences over how to go about sharing coronavirus vaccines with the developing world and over pandemic travel restrictions. And there are questions about the best way to respond to military and economic moves by China.

Biden also finds himself in the midst of a fresh diplomatic spat with France, the United States' oldest ally, after announcing plans — along with Britain — to equip Australia with nuclear-powered submarines. The move is expected to give Australia improved capabilities to patrol the Pacific amid growing concern about the Chinese military's increasingly aggressive tactics, but it upended a French defence contract worth at least US$66 billion ($91.17 billion) to sell diesel-powered submarines to Australia.

French Foreign Minister Jean-Yves Le Drian said Monday there was a "crisis of trust" with the US as a result of the episode.

READ MORE: Scott Morrison laughs off 'that fellow Down Under' slip from US President Biden wasn't so concerned. Asked by a reporter as he arrived at the UN on Tuesday how he planned to repair relations with the French, Biden responded with two words: "They're great."

Before Biden's arrival in New York, EU Council President Charles Michel on Monday strongly criticised the Biden administration for leaving Europe "out of the game in the Indo-Pacific region" and ignoring the underlying elements of the trans-Atlantic alliance — transparency and loyalty — in the withdrawal from Afghanistan and the announcement of the US-UK-Australia alliance.

In an interview before his meeting with Biden, UN Secretary General Antonio Guterres told The Associated Press that he was concerned about the "completely dysfunctional" US-China relationship and the possibility it could lead to a new Cold War.

The secretary-general did not back off his concerns about the US-China tensions as he addressed leaders at the opening of Tuesday's gathering. "It will be impossible to address dramatic economic and development challenges while the world's two largest economies are at odds with each other," he said. Biden sought to play down concerns about China tensions escalating into something more, saying: "We are not seeking a new Cold War or a world divided into rigid blocs."

More broadly, he put a heavy emphasis on the need for world leaders to work together on the COVID-19 pandemic, to meet past obligations to address climate change, to head off emerging technology issues and to firm up trade rules.

"We will choose to build a better future. We, you and I, we have the will and capacity to make it better. Ladies and gentlemen, we cannot afford to waste any more time," he said. "We can do this."

Biden planned to limit his time at the United Nations due to coronavirus concerns. He was to meet with Australian Prime Minister Scott Morrison later Tuesday while in New York before shifting the rest of the week's diplomacy to virtual and Washington settings.

At a virtual COVID-19 summit Biden is hosting Wednesday, leaders will be urged to step up vaccine-sharing commitments, address oxygen shortages around the globe and deal with other critical pandemic-related issues. 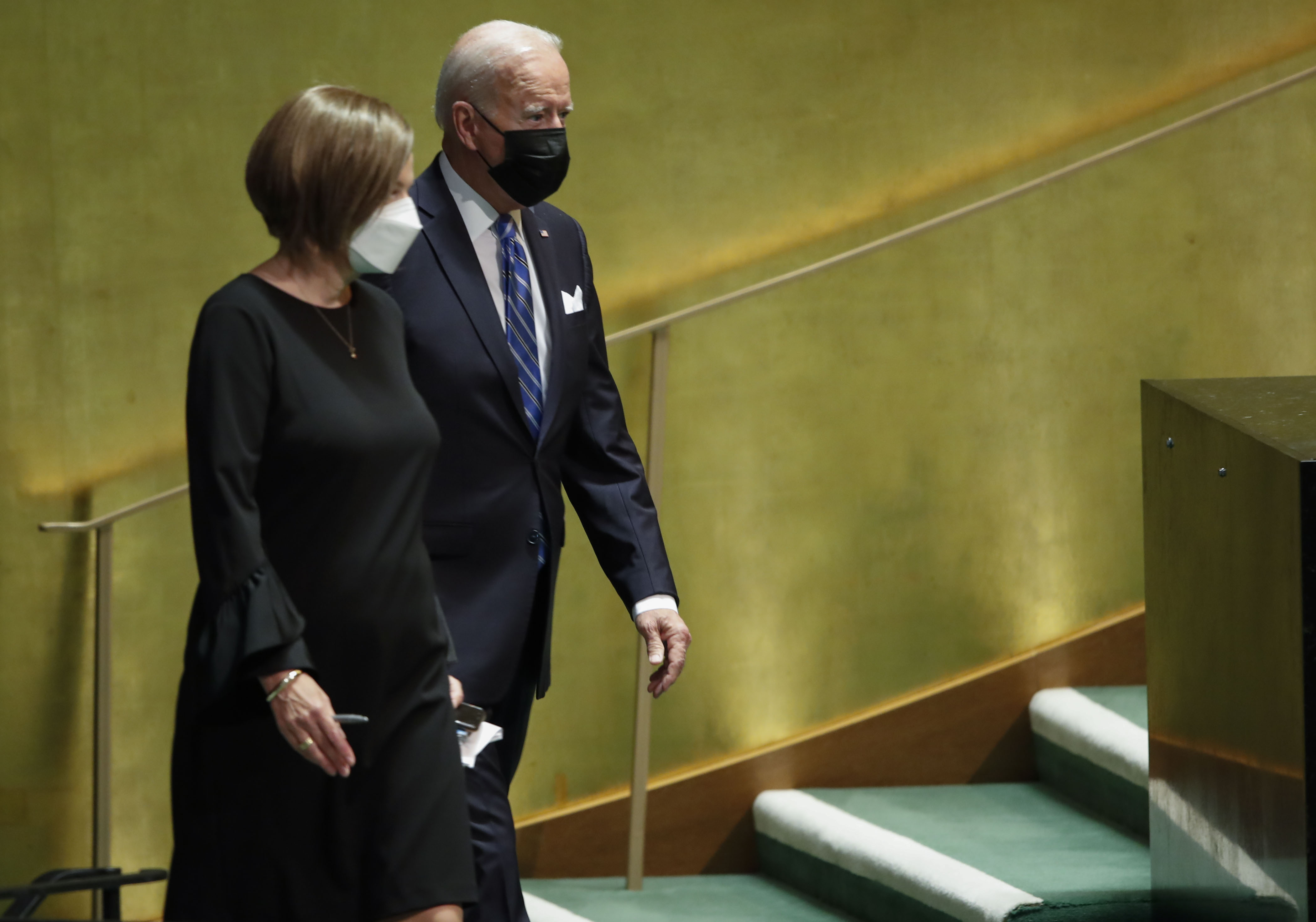 The president is also scheduled to meet with British Prime Minister Boris Johnson on Tuesday at the White House, and invited the prime ministers of Australia, India and Japan — part of a Pacific alliance known as "the Quad" — to Washington on Friday. In addition to the gathering of Quad leaders, Biden will sit down for one-on-one meetings with Indian Prime Minister Narendra Modi and Japanese Prime Minister Yoshihide Suga.

Biden defended his decision to end the US war in Afghanistan, a chaotic withdrawal of American troops that frustrated some allies and hurt his standing at home. He called for the world to make the use of force "our tool of last resort, not our first" going forward.

"Today, many of our greatest concerns cannot be solved or even addressed by the force of arms," he said. "Bombs and bullets cannot defend against COVID-19 or its future variants."