Melbourne's construction protest has spilled out onto the West Gate Freeway, holding up traffic and prompting warnings for drivers.

The protest, which began this morning outside the CMFEU headquarters, has charted a path across the city, heading to Parliament House before swarming through the CBD.

The protest turned violent as well, with some participants throwing objects, including bottles, at police. 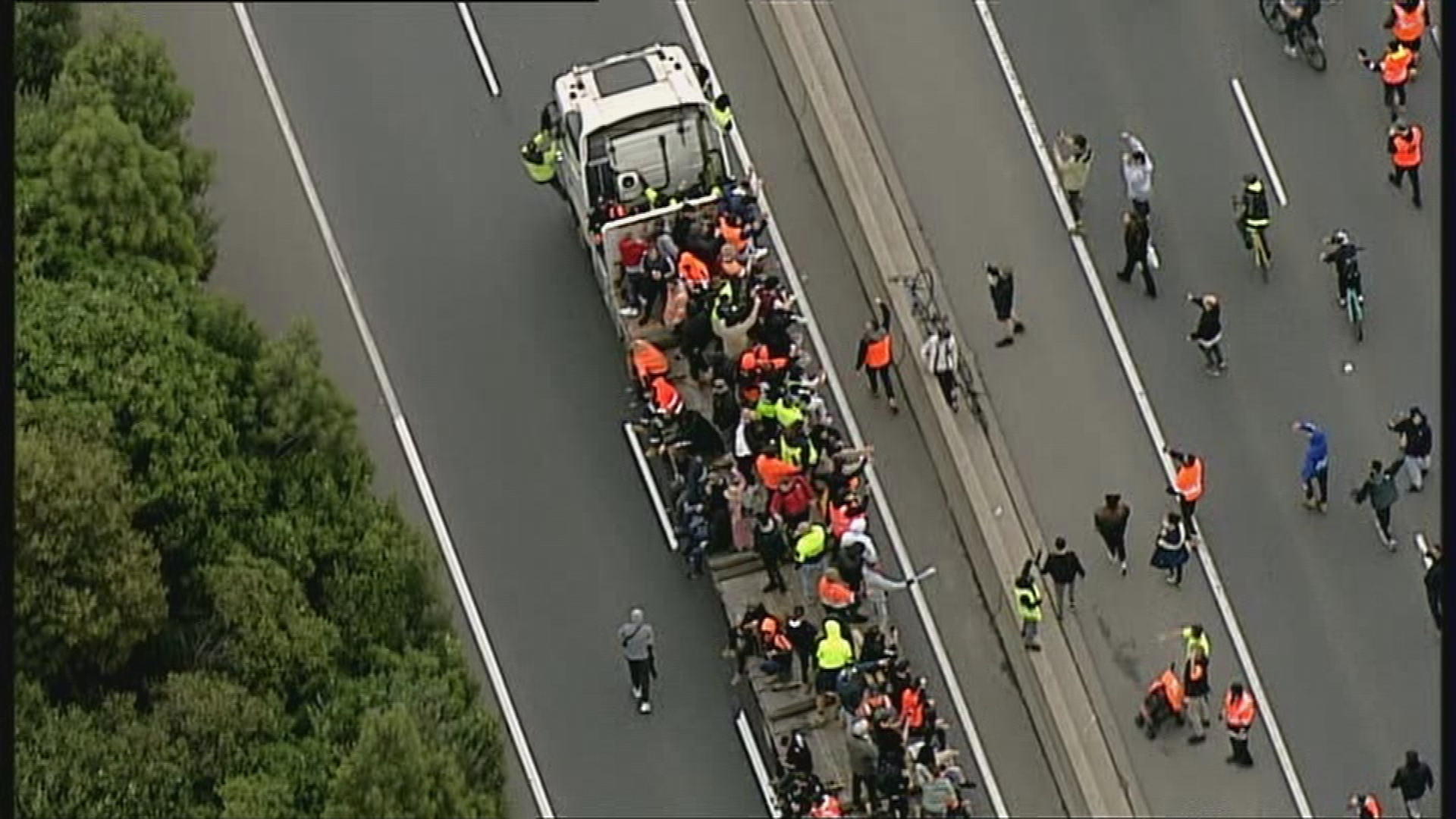 The workers were seen weaving in and out of large trucks and traffic, ignoring the honking of horns, while chanting "f— the jab", lighting flares and flying Donald Trump 2020 and CFMEU flags.

The protesters soon stopped traffic on one of Melbourne's busiest freeways.

Some protesters were also seen climbing on top of a halted truck. 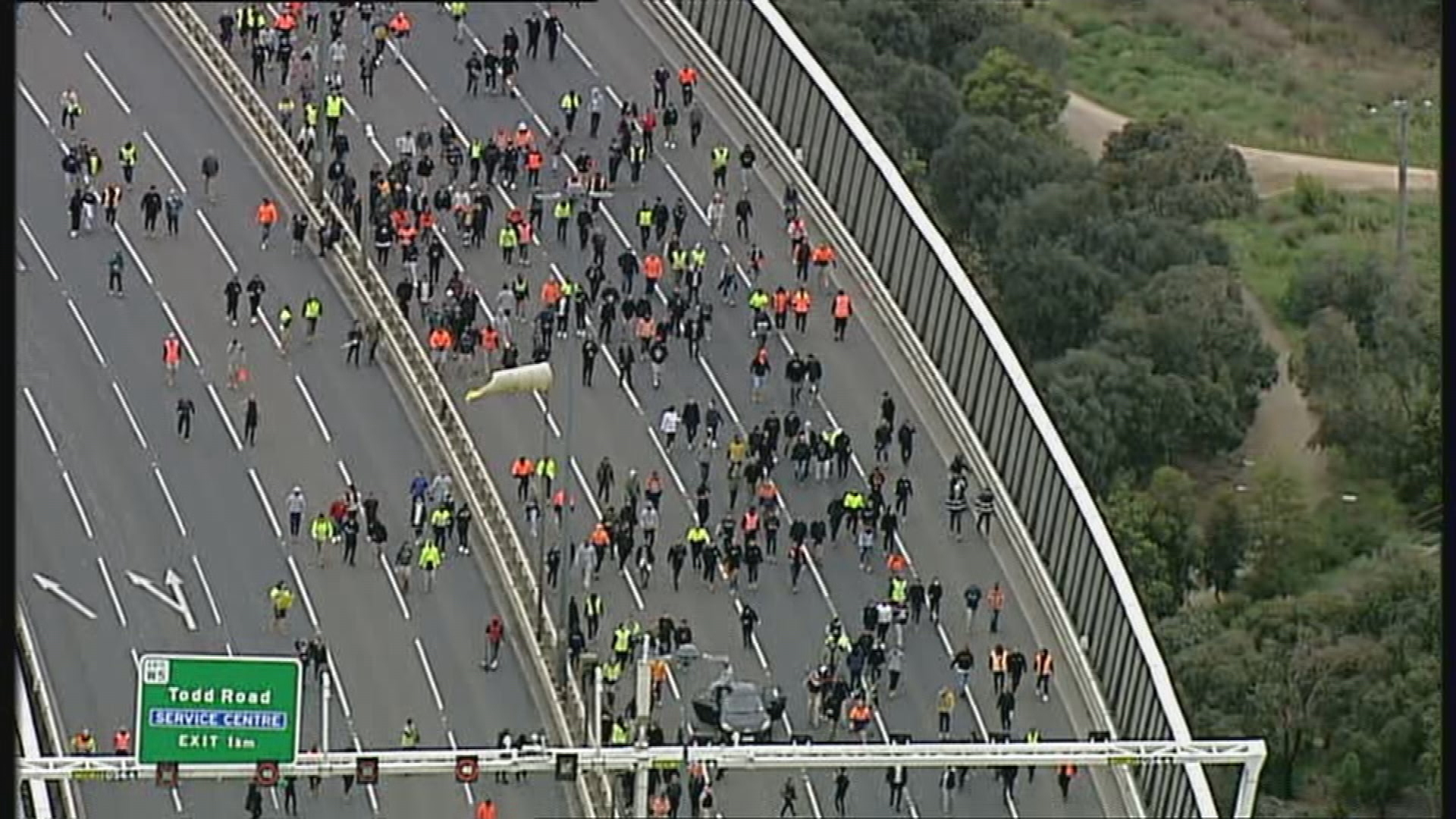 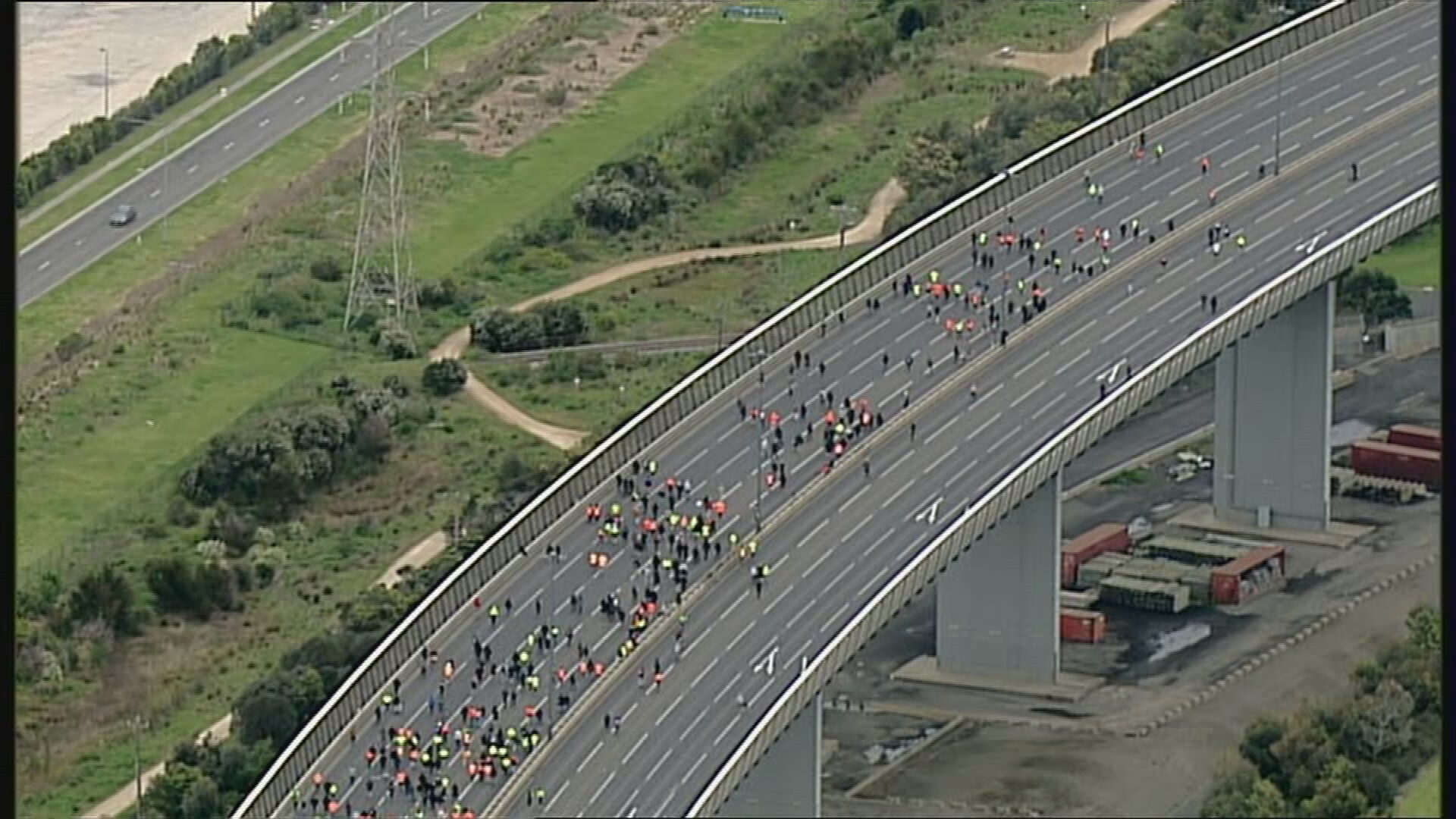 Crossing a bridge later, the protest spread across both sides of the freeway and was much less tightly bunched, with the foot convoy stretching out for kilometres.

Several police vehicles drove slowly ahead of the protesters.

Some traffic had begun to move slowly at the rear of the group in the left-hand lanes of the freeway.

Other cars moved at pace with the protest amid the walkers.

Vehicles were seen travelling along with the protesters down both sets of lanes. 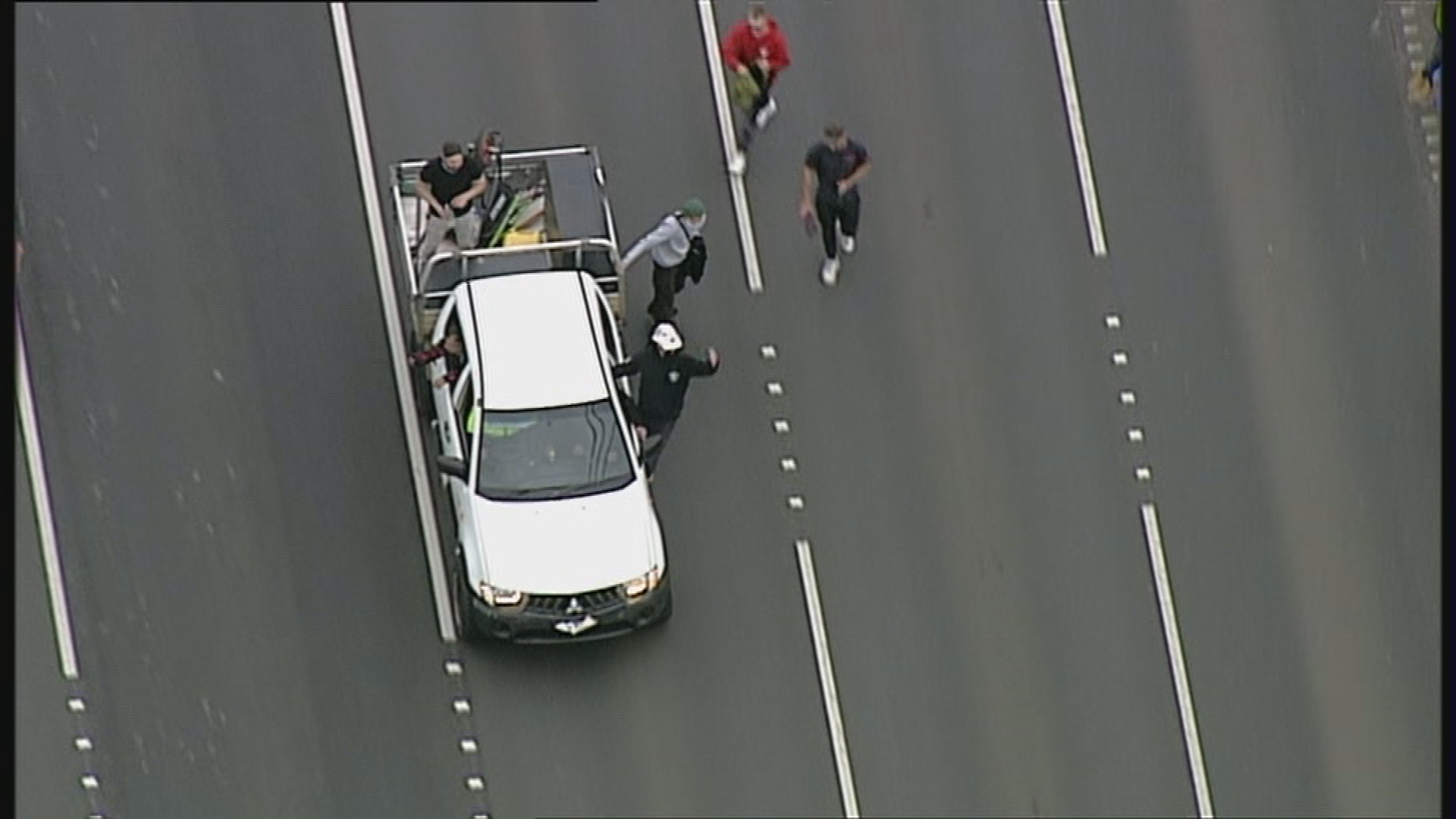 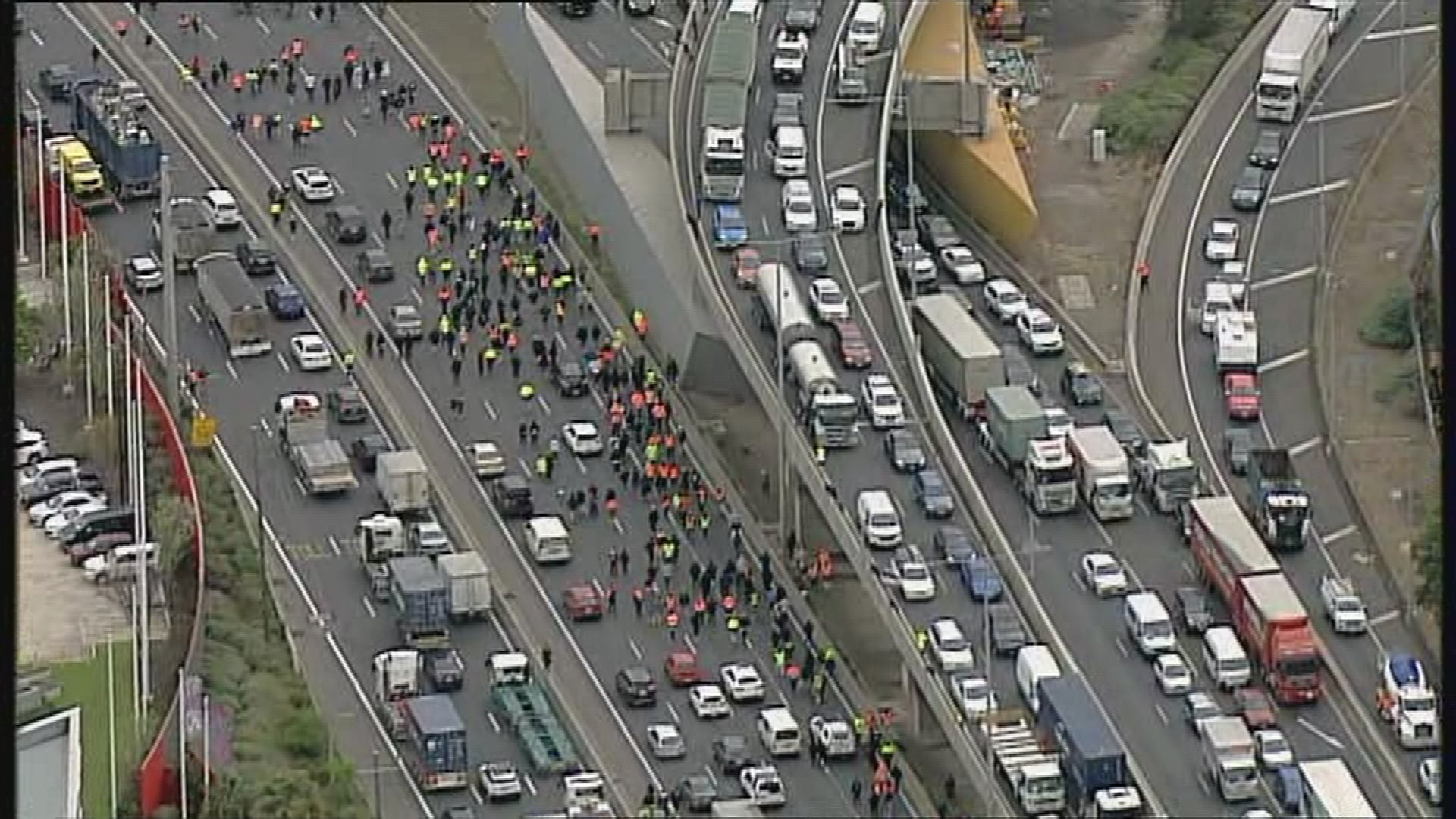 VicRoads urged drivers to "exit the freeway as soon as possible".

The protests were initially sparked by the Victorian Government's announcement that all construction workers would need at least one dose of the COVID-19 vaccine to continue working.

This led to violent scenes outside the CMFEU's Melbourne headquarters yesterday, despite union boss John Setka saying the union had been "blindsided" by the announcement. 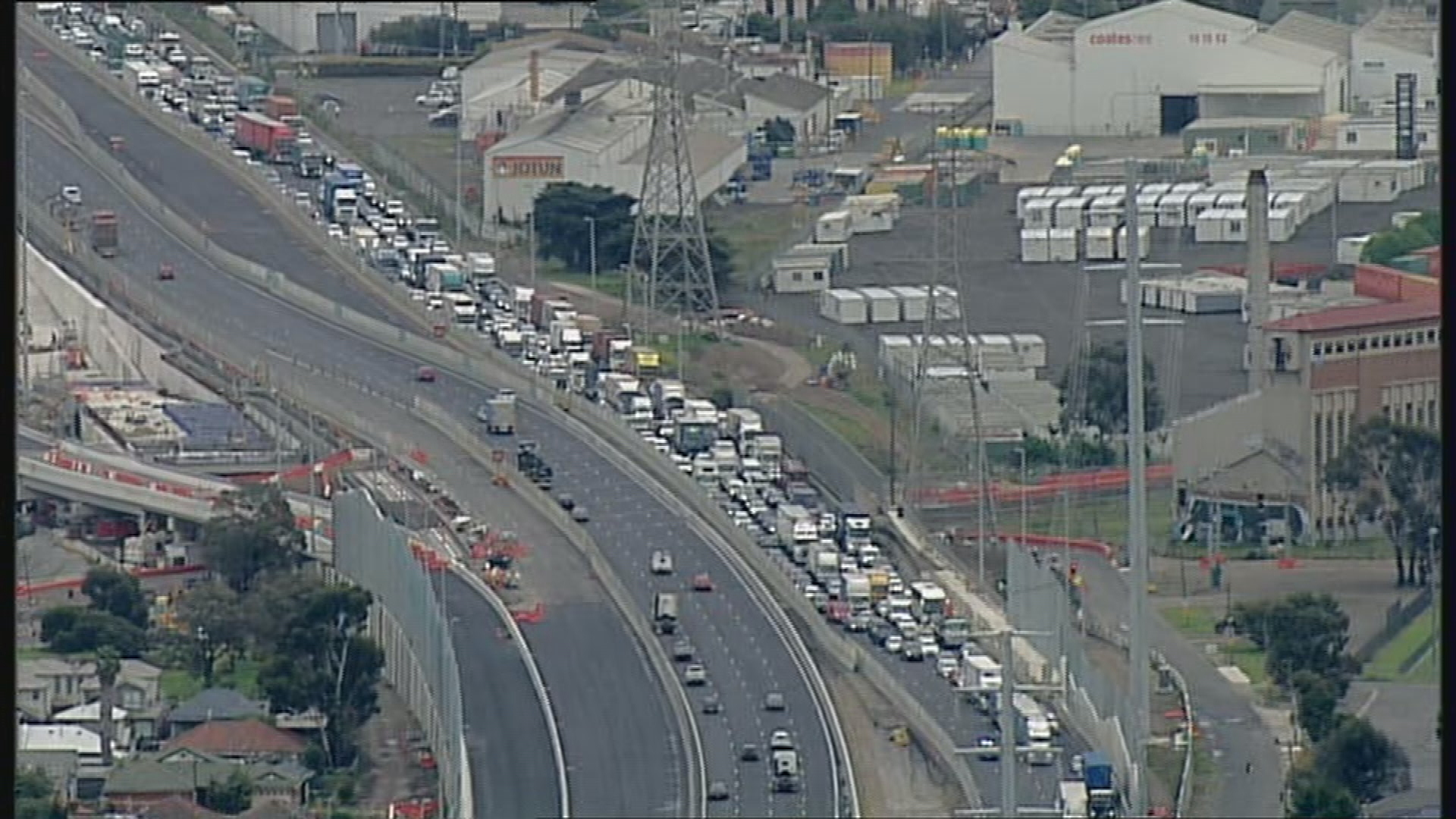 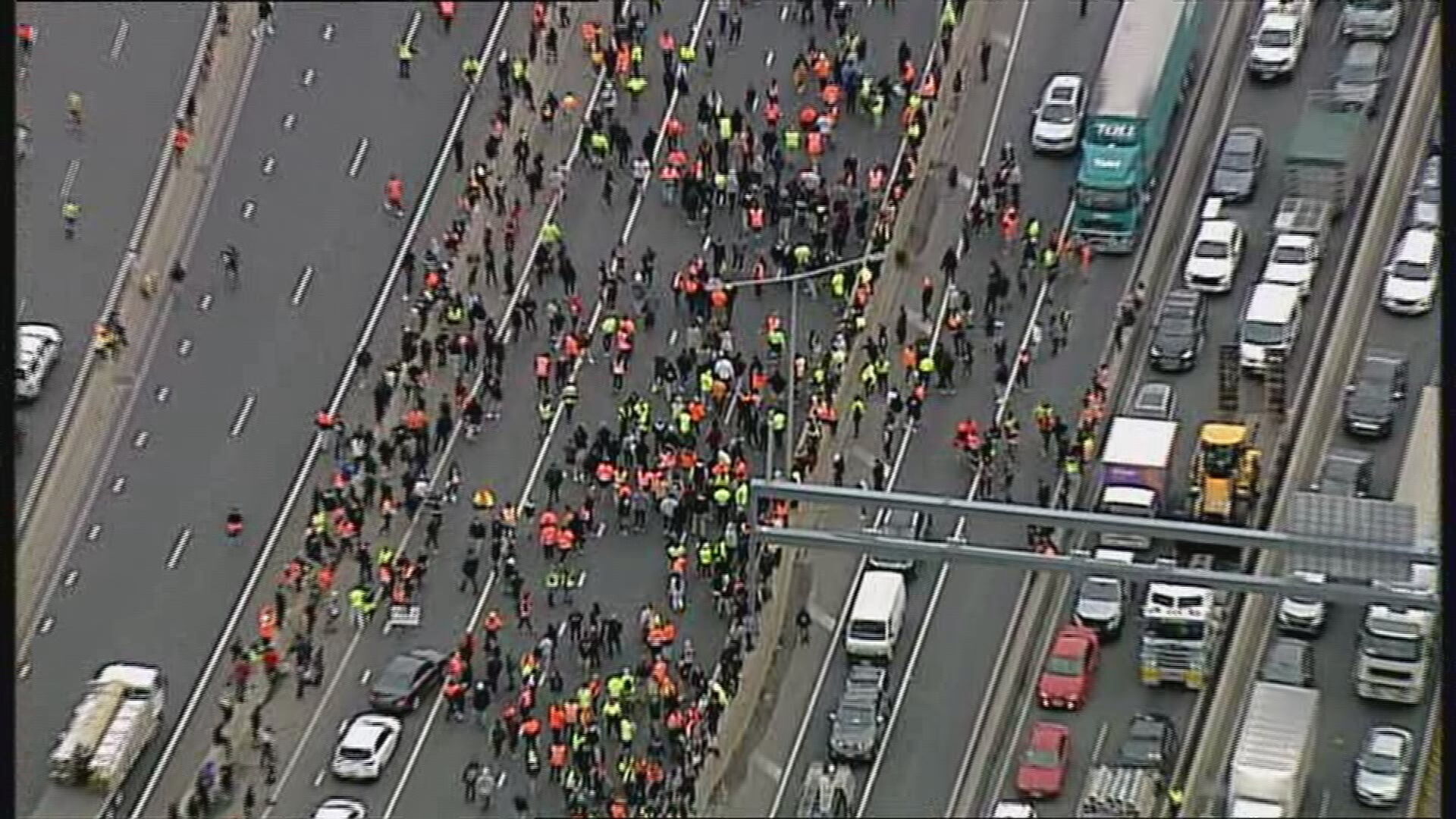 He alleged that many of the people involved in the protest had been "protesters for hire", including far-right members.

The protesters have vowed to continue rallying until their demands are met, including an end to the vaccine mandate.

The Victorian Government later announced a two-week pause on all construction in the state.