The Victorian Premier says "there is no excuse for the terrible behaviour" seen across Melbourne over the past few days as protests go on into the early evening.

Daniel Andrews this evening issued a statement saying, eight hours after the protests kicked off for a second day.

"Acts of violence and disruption won't result in one less case of COVID – in fact it only helps the virus to spread," he said.

READ MORE: 'We will hold those responsible to account': Police vow to stop violent Melbourne protests 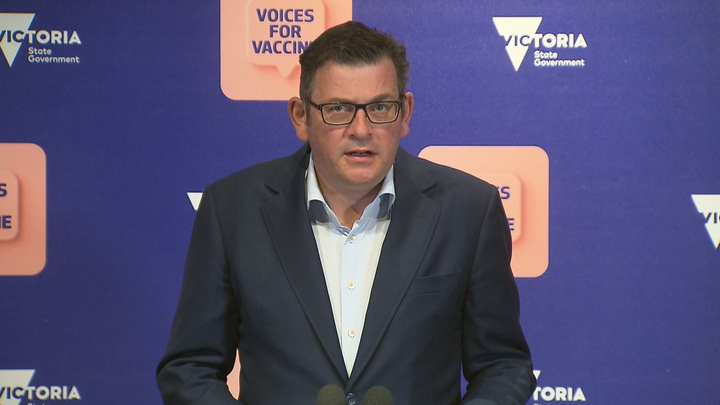 "Thank you to the brave men and women of Victoria Police for their work today – and every day – to keep our community safe."

Mr Andrews said vaccinations were the only way to combat the pandemic.

"For those who think violence is the answer, I ask that you think of your fellow Victorians – doing the right thing over many months, following the advice of our health experts," he said. "We have come too far to turn back now. Please spare a thought for our healthcare workers who are working such long hours looking after patients, many who are struggling to breathe."

"The more of us who get vaccinated, the fewer of us who will end up in hospital. It's as simple as that."

The statement comes after thousands of protesters took to the streets today to protest COVID-19 vaccinations being made mandatory for constructions workers, and after protests yesterday led to the Victorian construction industry being shut for two weeks.