Protesters in Melbourne have been filmed attacking police vehicles in the city's CBD, breaking windows and snapping off side mirrors.

One man repeatedly pulls at a car's side mirror as dozens more kick and hurl objects and bottles at the retreating cars. 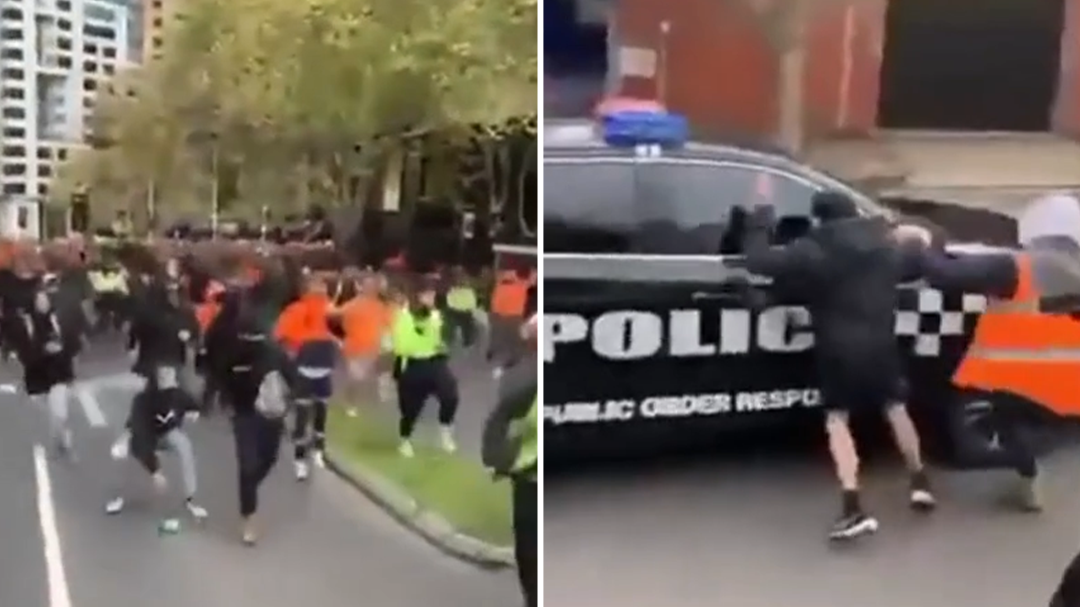 Soon after the riot squad can be seen moving in, dispersing the crowd that broke away from the main march on Elizabeth Street.

In a statement, Victorian Police said that specialist units have been called in to identify offences as a result of the protest and as many offenders as possible.

"As the afternoon progressed the crowd grew increasingly hostile, specialist units attended the scene and crowd control equipment was deployed," a spokesperson for Victorian Police said.

"The incident remains ongoing with police focused on public safety. 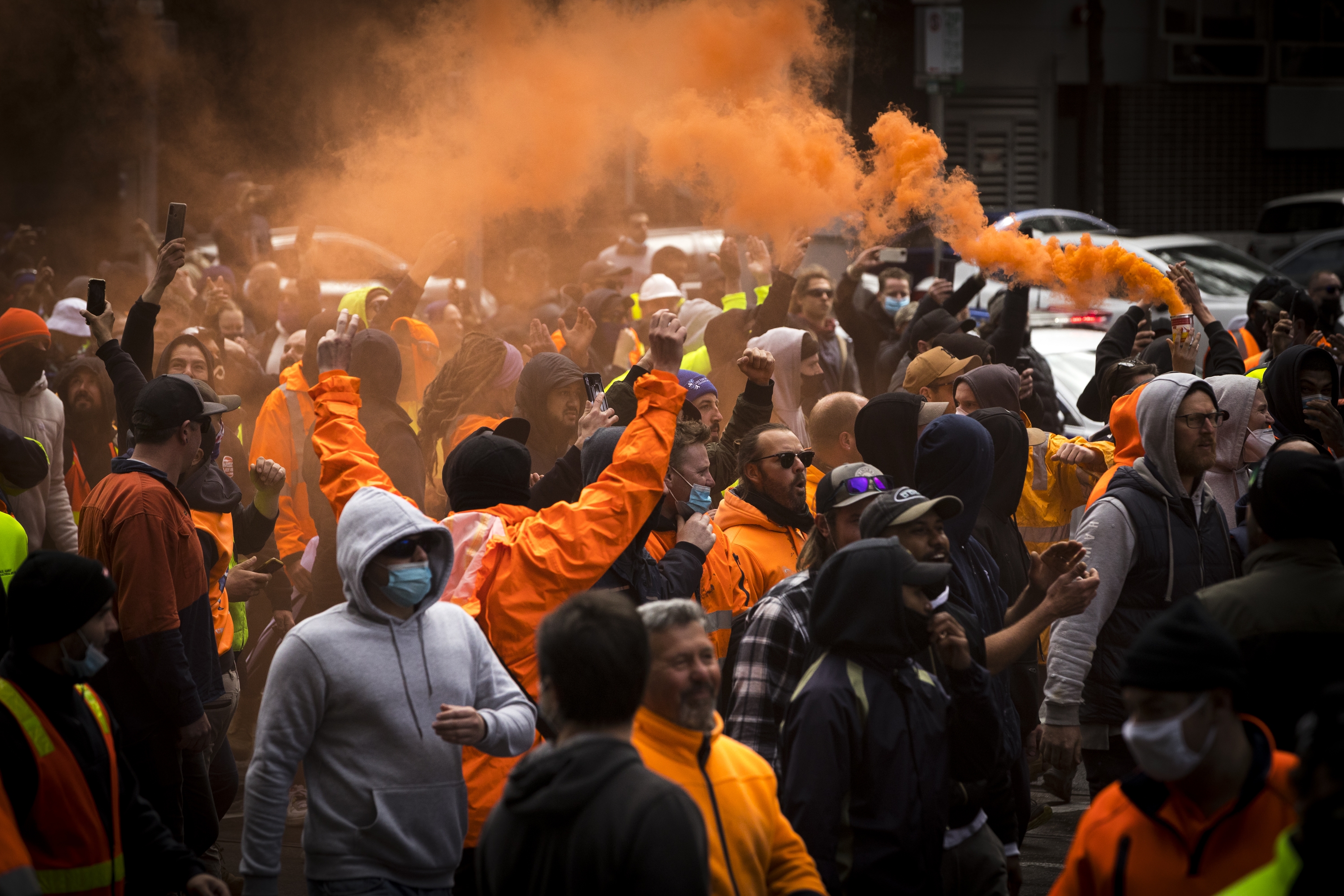 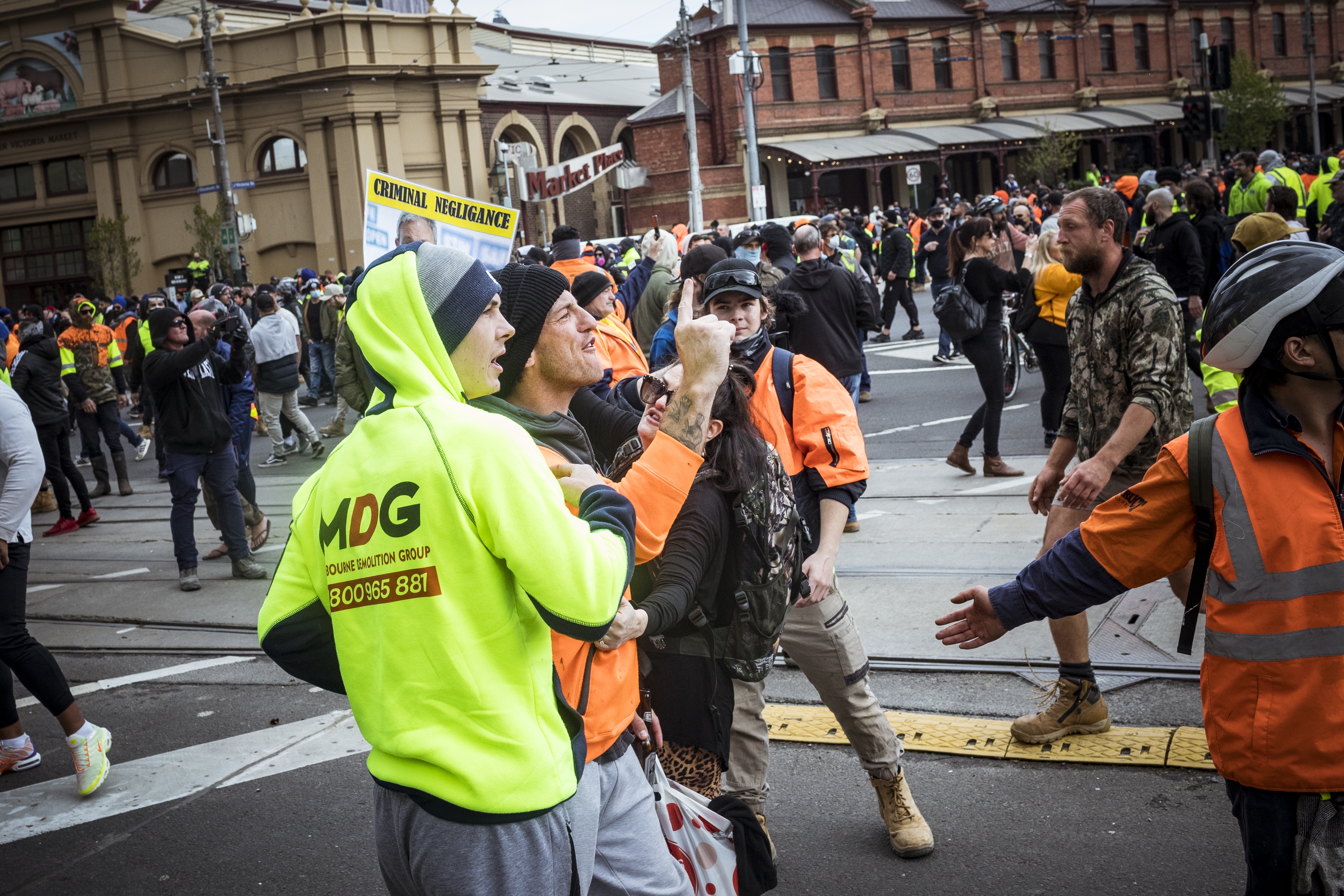 "Specialist units have gathered evidence to identify offences and as many of those in attendance as possible.

"Victoria Police will not tolerate this sort of activity and all those identified will be fined for breaching the Chief Health Officer's directions.

"All other offences detected will be dealt with accordingly."