Australian Prime Minister Scott Morrison has faced an awkward public rebuke from one of the European Union's key figures in his first trip overseas since tearing up a deal to spend $90 billion on French submarines sparked a major diplomatic crisis.

The confrontation at the United Nations General Assembly in New York came as the French continued to express their fury at a "stab in the back" from close allies. One official on Tuesday suggested the choice to ditch French diesel-electric subs in favour of American nuclear-powered vessels was "bad news" for Australia.

Mr Morrison touched down in New York on Monday night (Tuesday AEST) as the fallout from the AUKUS alliance announcement and the sub deal, which France insists it was kept in the dark over, threatened to affect negotiations for an EU-Australia free trade deal. 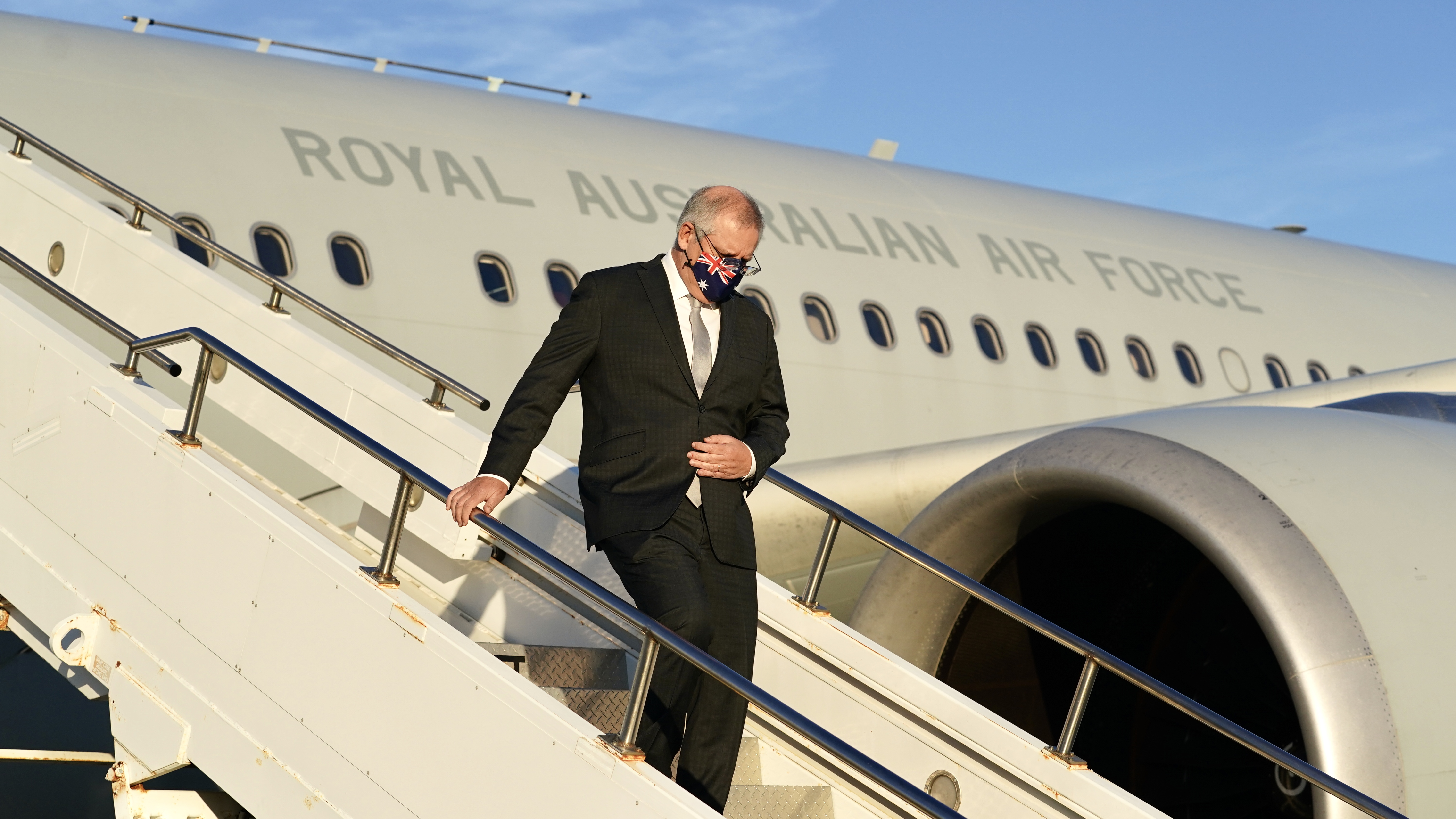 He met with European Council President Charles Michel on the sidelines of the UN General Assembly overnight.

"Europe is so important to the Indo-Pacific, we hold this view very strongly," Mr Morrison said.

"So it's a good opportunity to get together today to talk about recent developments and particularly how we can work together with the European Union in the Indo-Pacific."

The former Belgian Prime Minister politely thanked Mr Morrison for his message, before clearly reinforcing the EU's support for France's outrage over the submarine deal.

"As you know, for us transparency and loyalty are fundamental principles in order to build strong partnerships and strong alliances," Mr Michel said, echoing French criticisms of the submarine deal.

The media was then asked to leave for the private discussions, which Mr Michel described on Twitter as "frank, direct and lively".

France remains furious at the decision to jettison the contract to build 12 french diesel-electric vessels in favour of the plan to build at least eight American-designed nuclear submarines.

Ambassadors were called back to Paris from Canberra and Washington last week in an extraordinary move between close allies.

Mr Morrison has defended the move as being in Australia's best interests and insisted France would have known Australia had "deep and grave concerns" over the capabilities of the French subs.

But French Ministry for the Armed Forces spokesperson Hervé Grandjean said Australia had continued to express its satisfaction with the French agreement right up until the AUKUS alliance was announced.

"In August 2021, the joint press release of the French and Australian defence and foreign affairs ministers still stated, 'Ministers underlined the importance of the Future Submarine program'," he said on Tuesday in a Twitter thread defending his country's submarine-building capabilities.

"On the same day as the #AUKUS announcement, the Australians wrote to France to say that they were satisfied with the submarine's achievable performance and with the progress of the program.

"In short: forward to launching the next phase of the contract."

Describing the submarine pivot as "bad news for … the Australians", the spokesman voiced concern about what the deal would mean for Canberra's defence capabilities while it waits longer for submarines based on US technology to be built.

"The first (French) Attack submarines were to be delivered by 2030," he said.

"With this new AUKUS partnership, it will be more like 2040.

"That's a long time, when you see how fast China is militarising."

Mr Grandjean pointed out Australia had specifically ordered diesel-electric subs from the French, having previously ruled out nuclear propulsion.

He claimed the US subs would be "much more expensive" and raised questions about how they would be built in Australia without a local nuclear industry.

"Are we to understand that the United States will provide complete nuclear boiler rooms to be integrated into submarines, with teams of American technicians to ensure commissioning, maintenance and perhaps even operation?" he said, adding the hashtag #Sovereignty.

"Investments in infrastructure capable of hosting nuclear submarines in Australia, necessary to prevent any environmental risk, will be expensive and complex."

Speaking at a press conference in New York on Tuesday morning, Mr Morrison said his government had expected "disappointment" from France over the "difficult decision" but that the discussions were too sensitive to share with Paris. 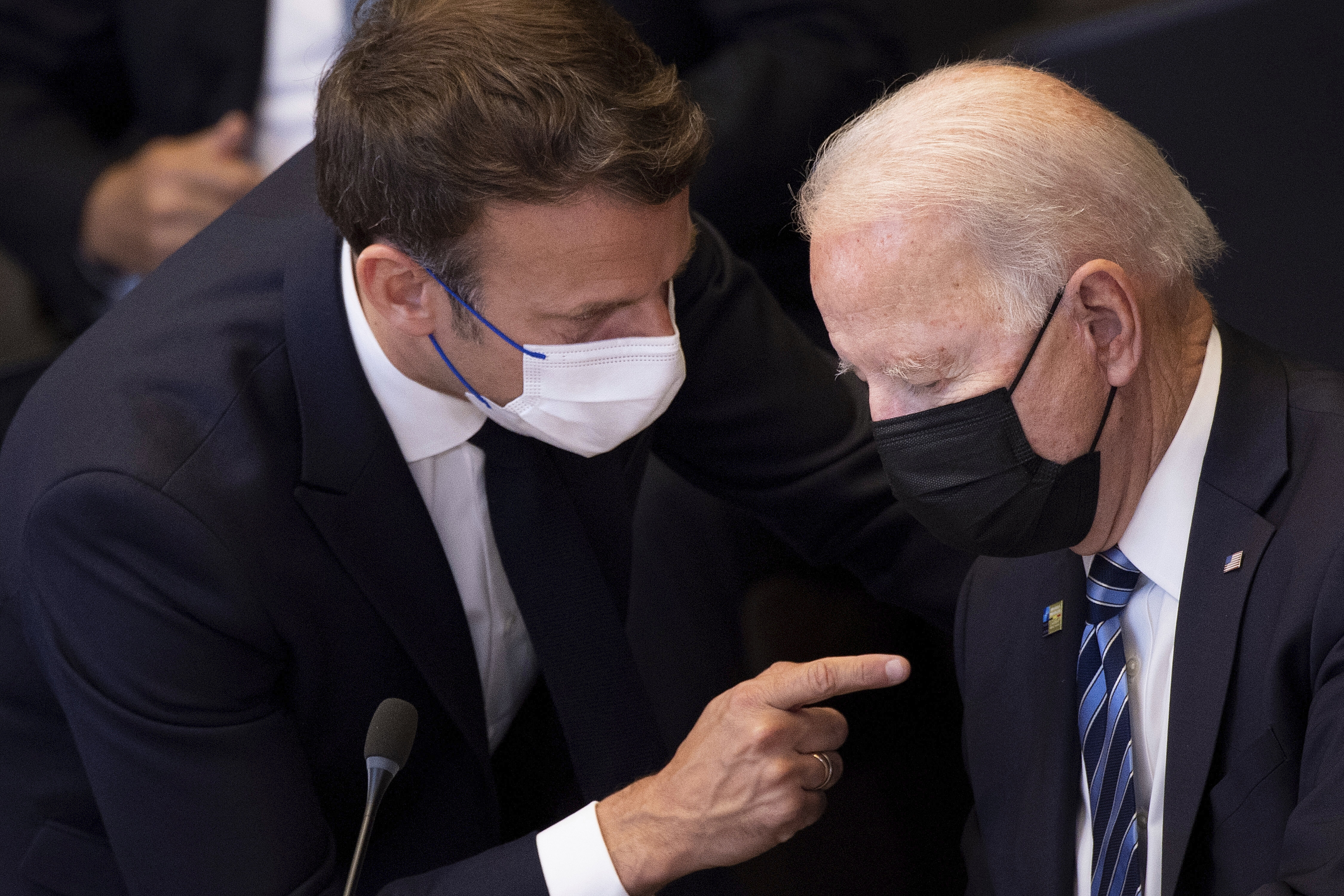 "I had made it very clear, that a conventional submarine would no longer be meeting our strategic interests and what we needed those boats to do," he said.

"That had been communicated very clearly many months ago. We were working through those issues.

"So to suggest that somehow this decision could have been taken without causing this disappointment, I think would be very naive."

US President Joe Biden is expected to meet with his French counterpart Emmanuel Macron this week, but Mr Morrison said he didn't have that chance "at this time".

Thierry Breton, the EU commissioner for internal markets, said in an interview with CNN on Monday that "something is broken between our relations in Europe and the US".

Breton warned there was a "growing feeling" in Europe over the past few weeks and there had been a "lack of trust and confidence between allies".

"I'm here again to make sure that we rebuild this partnership, even if in some areas we may need to pause and reset it," he said.