Cheng Wei built a world-class ride-hailing app that not even Uber could keep up with in China.

But Didi's risky play for expansion and dominance — culminating in a disastrous IPO this summer — has caused it to run afoul of Beijing.

And now, the company's top executive faces a difficult balancing act: placating regulators at home and investors abroad, while fending off fierce competition. 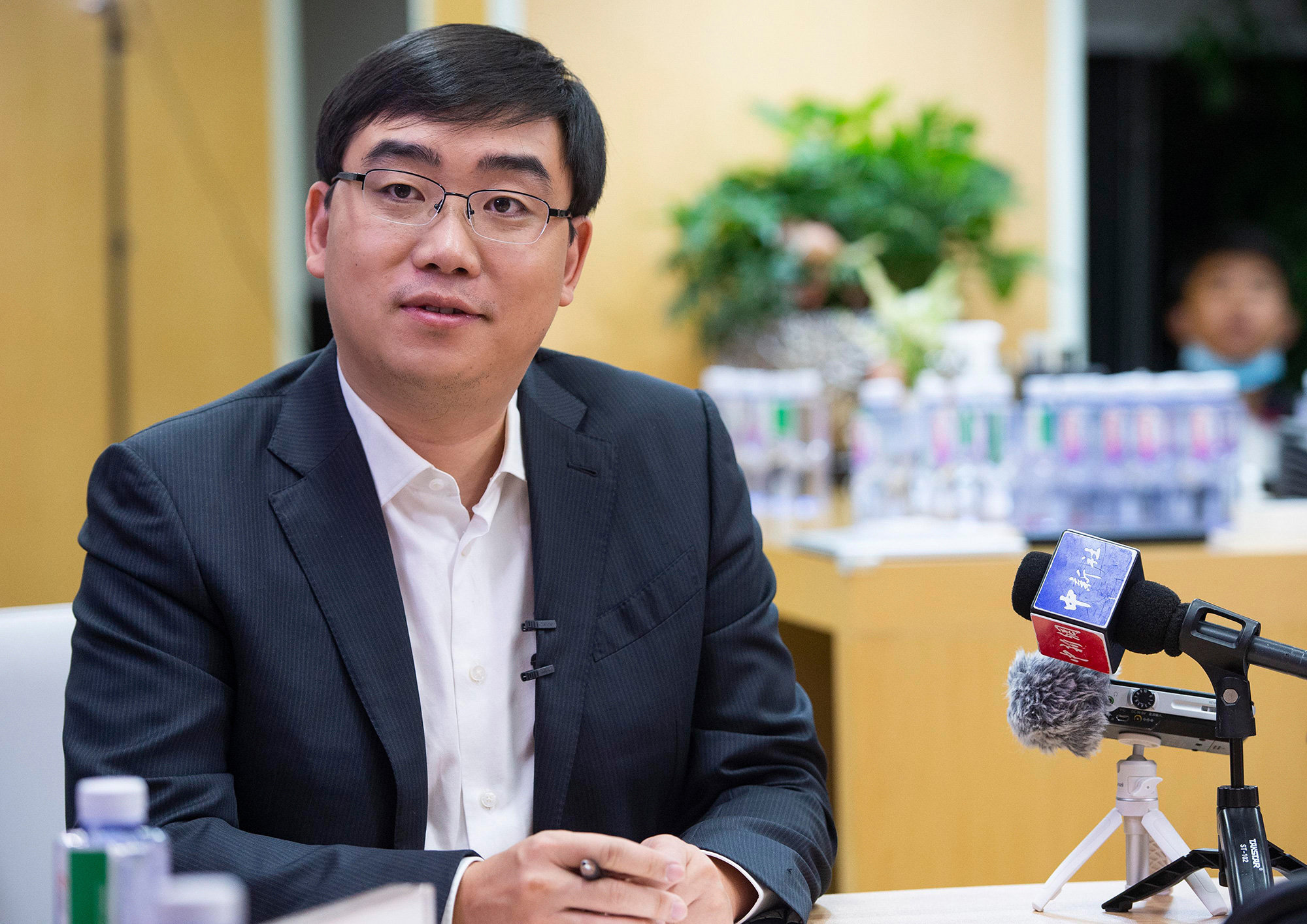 READ MORE: What is Evergrande? The massive Chinese conglomerate on the brink of collapse

Mr Cheng, 38, who also goes by Will Cheng, is the youngest entrepreneur heading one of China's biggest tech firms.

He's been busy in the nine years since Didi was founded: Mr Cheng has knocked out a flurry of powerful opponents and amassed nearly 160 million monthly active users by the first quarter of this year in China alone, nearly double the amount of users that Uber has worldwide.

But the ride-hailing behemoth is now in a precarious spot.

It's one of the most prominent targets of China's sweeping crackdown on tech and private enterprise that has no end in sight.

Its stock has fallen more than 40 per cent since regulators began probing the company, erasing $46.9 billion in market value.

Earlier this summer, Chinese regulators banned Didi from app stores as part of an investigation into its data privacy and collection practices, threatening its future growth.

The pressure could dismantle Didi's stranglehold on the Chinese market unless the company can appease the ruling Chinese Communist Party.

Didi declined to make Mr Cheng available for an interview, and the company did not respond to questions about Mr Cheng or its business. 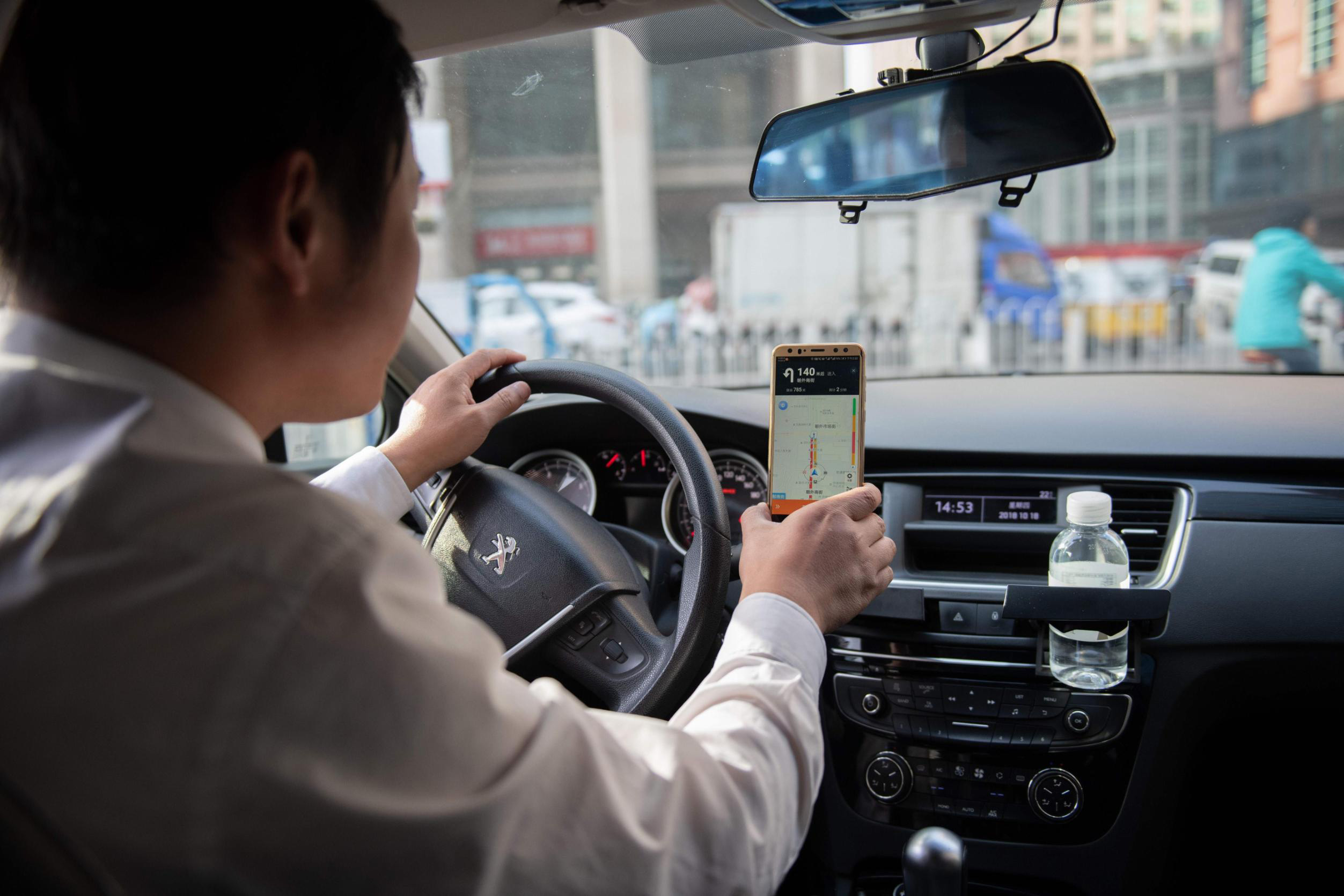 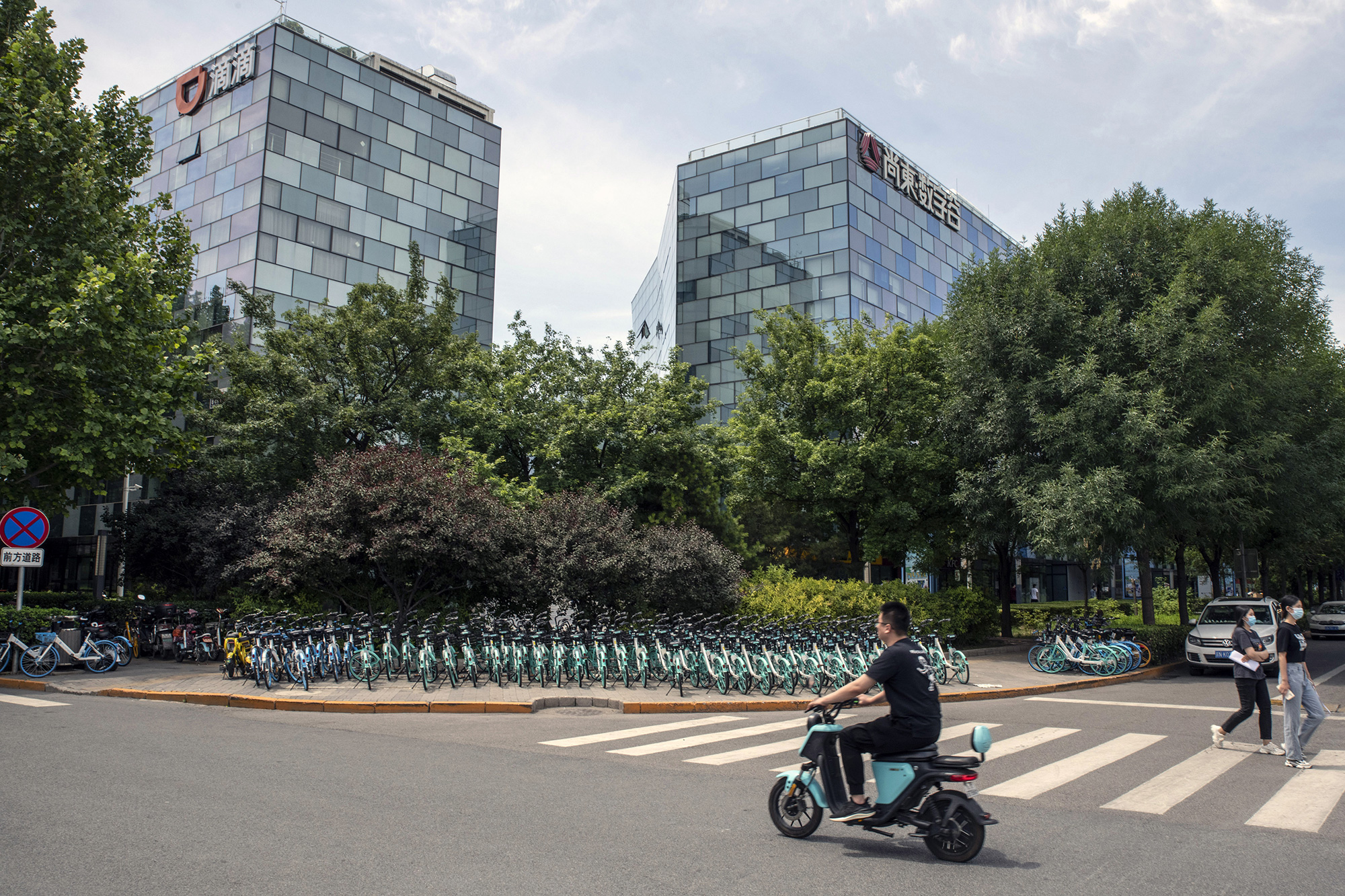 A swift and explosive rise

Before he founded Didi in 2012, Mr Cheng was a sales manager at Alibaba.

Starting as an entry-level salesperson making the equivalent of about $276 a month, he rose quickly and in seven years became the company's youngest regional manager.

Mr Cheng said he created Didi because he was fed up with being unable to get a taxi during a business trip, according to a profile published in June in the Business Times, a Chinese financial news outlet.

The "pain" led him to think about how to fix the problem.

"I was thinking, how about creating a ride-hailing app, so there can be fewer poor losers that get soaked in the rain?" Mr Cheng said, recalling a depressing experience in Beijing when he couldn't hail a cab for hours during a storm, according to the media outlet.

Mr Wang's initial investment was worth a billion dollars when Didi went public.

Like its tech peers Baidu, Alibaba and Tencent, Didi's rise has been swift.

When Mr Cheng founded Didi, ride-hailing was still a regulatory grey area in China and taxis controlled the market.

Cab shortages were common, as government-approved taxi operators lobbied to limit the supply of licenses.

That fueled a boom in ride-hailing apps like Didi.

READ MORE: Melbourne protesters were 'there for a fight', Daniel Andrews says 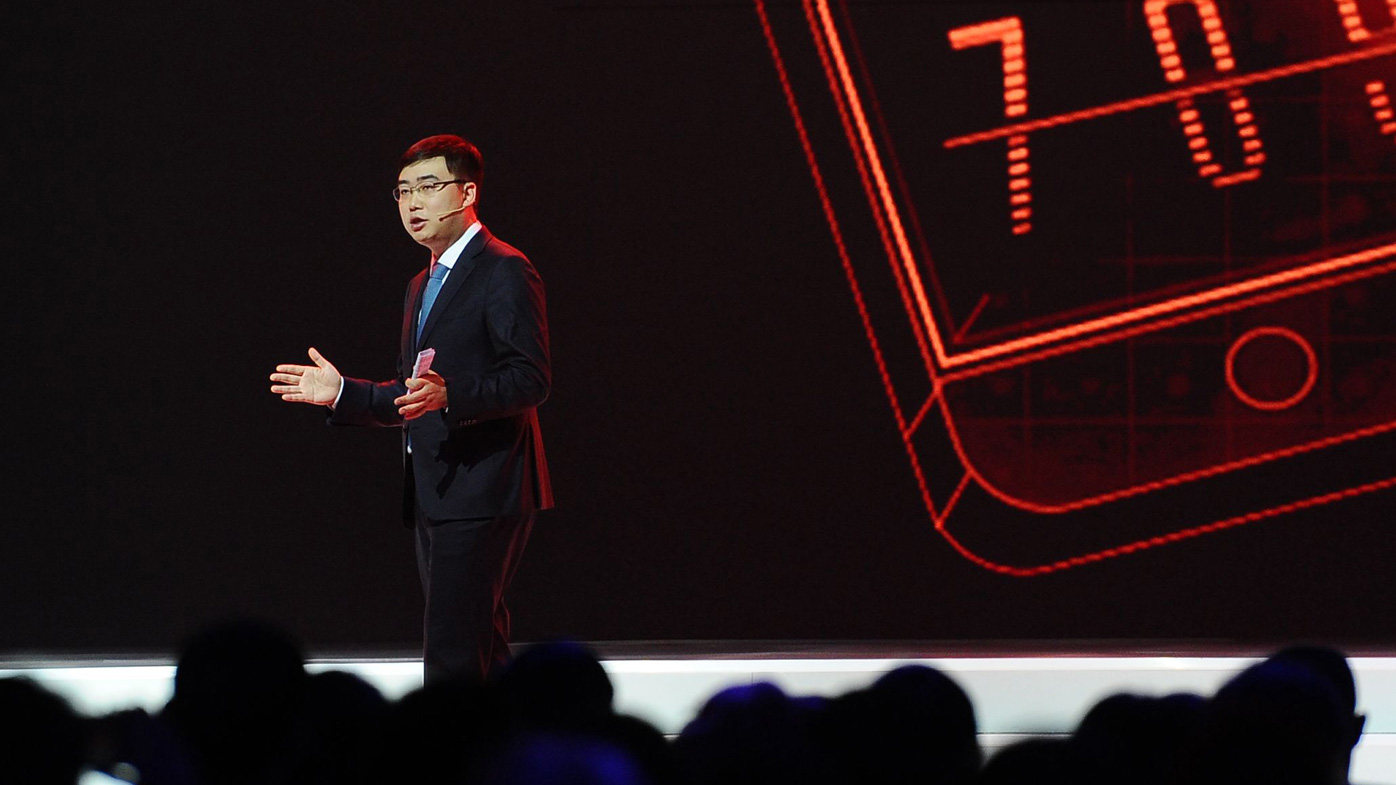 Before the industry was regulated five years ago, many cities accused ride-hailing apps like Didi of running illegal taxi businesses.

Didi argued that it was only providing a platform to connect passengers with cars owned by rental agencies or other third parties.

Didi had learned to navigate this grey zone.

It even reimbursed drivers for the penalties authorities imposed on them for breaking local laws, to keep Didi drivers on the road and retain customers.

In a letter to employees after buying his "great rival," Mr Cheng and company president Jean Liu hailed the legalisation as a "milestone."

They said the company's service had been suspended more than 30 times in various places, and that "countless drivers" had their cars detained and were fined — but added that the country had finally embraced the "dawn of reform."

"Reform and innovation always come with a cost," they wrote.

"The revolution of smart travel has just begun… [We want to] create a world-class tech company!"

After 2016, Didi continued to cement its command over Chinese ride-hailing, and by 2018 controlled 90 per cent of the Chinese market.

That year, the company expanded to Australia, Brazil and Mexico as it set its sights on customers outside of its home country.

Its rapid ascent included controversy, however.

In 2018, two women passengers were killed by drivers working for Hitch, forcing Didi to suspend operations at its car-pooling offshoot.

The killings led to government pressure on Didi to share real-time data with authorities about its vehicles and drivers, an arrangement the company had long resisted.

In late 2018, it finally made concessions.

READ MORE: COVID-19 origins: Why the search for the source is vital Beijing has taken a sharp turn against internet firms that it fears have grown too big and powerful, resulting in a massive clampdown that has affected tech, education, entertainment and other industries.

Under President Xi Jinping, the Communist Party is moving aggressively to rein in unfettered private enterprise and send a clear signal that Chinese organisations must work in lockstep with the government.

Companies that have grown too big too quickly will be kept in check to ensure they are aligned with the government's priorities.

Didi ran into trouble as it pushed ahead with a $6 billion initial public offering in New York, apparently despite evidence Beijing was unhappy.

Regulators had expressed concerns about data security and suggested Didi delay its listing, according to Bloomberg.

Mr Cheng went ahead but, like other Didi executives, he kept a low profile during the IPO that fell on the eve of the 100th anniversary of China's Communist Party.

He didn't ring the opening bell or broadcast the news on the company's Chinese social media accounts.

Just days later, the Cyberspace Administration of China banned Didi from app stores, preventing the company from signing up any new users.

The internet watchdog accused the company of illegally collecting and mishandling user data — a trove of locations and routes containing sensitive information about Chinese traffic, roads and citizens.

"From the government's perspective, Didi has become too big to control. Obviously, it wants to limit Didi's growth in China," Tu Le, founder and managing director for Beijing-based consultancy Sino Auto Insights, said.

"The government also wants to make an example of Didi that no one can be out of the step with the Party."

American lawmakers and investors have called on the US Securities and Exchange Commission to investigate Didi's IPO fiasco.

Eurasia Group analysts said such demands "will at the very least intensify political pressure" on the regulator to enforce a recent law that prevents companies that refuse to open their books to US accounting officials from trading on US stock exchanges.

To many analysts, Mr Cheng's decision to press on with the IPO appeared confusing or reckless.

"No Chinese company can openly challenge the Chinese Communist Party and expect leniency," Alex Capri, a research fellow at the Hinrich Foundation, said.

"[Didi] is too big and too powerful for its own good and it has already crossed a threshold with China's leadership."

The company may have had some justification in the form of investor pressure to list the company, as it had raised billions of dollars from venture capitalists.

Another reason for urgency was a new data security law taking effect in September that requires all Chinese entities to obtain government approval before providing China-based data to foreign judicial or law enforcement agencies, according to Winston Ma, an adjunct professor at the New York University School of Law. 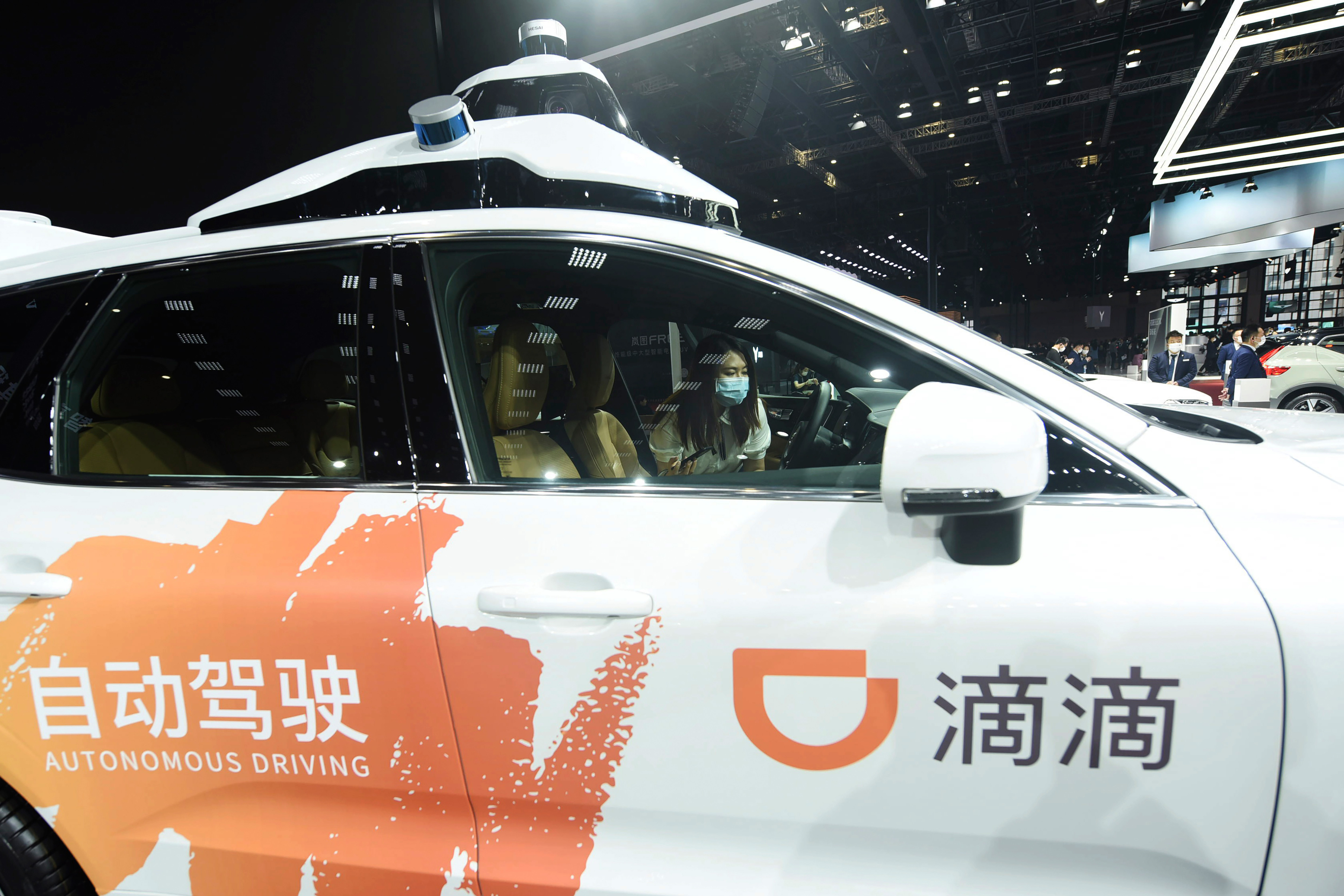 Didi still operates in China, since users who downloaded the app before July's ban have access, and the company insists that it maintains "normal operations globally."

But hundreds of apps are racing to take advantage of Didi's struggles and chip away at its market lead by aggressively expanding, advertising and offering steep discounts.

Old Didi rival Meituan, for example, revived its standalone ride-hailing app after Didi was removed from stores, offered coupons to new users and exempted new drivers from commission fees for a week.

"This is a cutthroat market," Mr Tu of Sino Auto Insights said.

"Everyone wants to get into this multi-billion industry, including traditional car manufacturers."

He pointed out Didi has spent tens of billions to acquire customers, and that ride-hailing is a tough business to tackle without a lot of financing since customers aren't typically loyal to a brand if someone else can undercut their prices.

Initial government data suggested that Didi's existing business didn't take a hit after the ban, even if it couldn't register new users.

The company processed 13 per cent more orders in July than it did in June, according to China's Ministry of Transport.

"The government just wants a healthier market, not killing Didi," Mr Tu said, adding that he expected Didi to survive, albeit with a "less bold" expansion plan.

Mr Capri, the Hinrich Foundation research fellow, was less optimistic about Didi's future — particularly for as long as it keeps trading in the United States.

"Parts of could be nationalised," he said.

"Beijing will also actively fund smaller competitors to even out the market and more easily exert control over the main players."

"The longer it stays listed on the US market," he added, "the more ire it will draw from Beijing."