A two-year-old's disapproving look that became one of the internet's most-shared memes could now be worth thousands of dollars as an NFT.

Chloe Clem, now aged 10, became the subject of the "Side Eyeing Chloe" meme when she was videotaped as a two-year-old reacting unfavourably to news that her family were going to Disneyland. 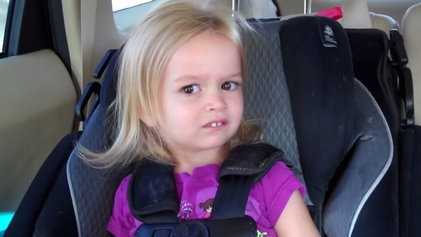 Now Chloe's family are offering someone the chance to physically "own" the meme by auctioning it off as an NFT, or Non-Fungible Token.

NFTs are a way of defining ownership of a digital file that may have already been shared hundreds and thousands of times across the internet.

Anybody is free to copy and paste, save or modify the image as they see fit – but only the holder of the NFT will be able to sell the original image by declaring their ownership.

READ MORE: Why Victoria Police put a 'no fly zone' over Melbourne CBD 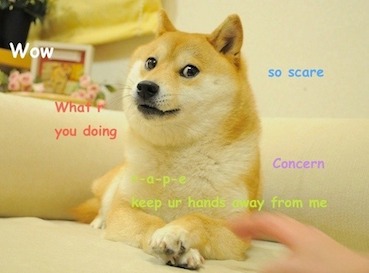 Take the Mona Lisa for example.

Anybody can look up the painting on Google Images and print it out and have the Mona Lisa in their living room.

But if someone were to sell the Mona Lisa, they would have to prove that they own Leonardo Da Vinci's original, currently hanging in the Louvre in Paris.

An NFT is that ownership proof for an artwork that was created – and exists – digitally.

If that's still confusing, you can read a full explainer on what an NFT is here. 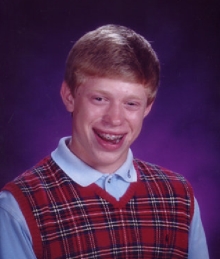 It may sound ridiculous, but the market is currently hot for the subjects of famous memes to auction off their digital property rights.

The man behind the "Bad Luck Brian" meme sold his as an NFT for approximately $42,000, Zoe Roth of "Disaster Girl" fame sold hers for more than half a million dollars and the original "Doge" meme sold for more than $4 million worth of Ethereum.

The "Side Eyeing Chloe" meme is due to be auctioned off on NFT platform Foundation tomorrow.