Outrage has erupted after more than 400 protesters hijacked Melbourne's Shrine of Remembrance in a demonstration condemned as "disgraceful" by leaders and defence veterans.

Melbourne remains a city on the edge this morning with protesters planning to take to the streets for a fourth day.

Freedom protesters yesterday took their day three fight to scrap mandatory COVID-19 vaccinations for the construction industry to the war memorial yesterday afternoon, chanting "sacred ground" and "lest we forget". 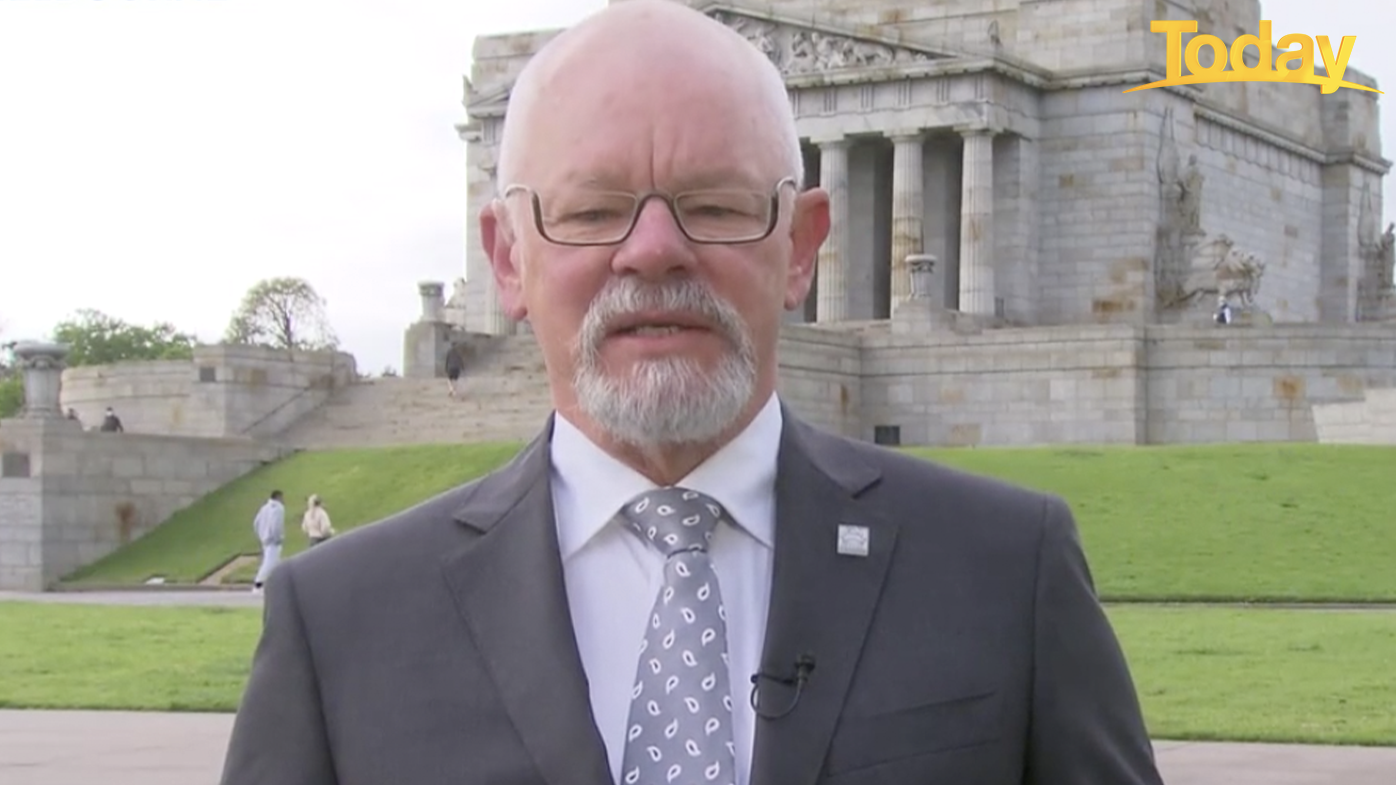 Shrine of Remembrance CEO Dean Lee told Today the disgraceful behaviour was difficult to watch, admitting he got "a bit emotional".

"To have the Shrine desecrated and disrespected in that way was very, very troubling," he said.

"My primary concern was would there be any damage to this memorial which has stood here for 86 years as a representation of the generations of service and sacrifice of Australian men and women." 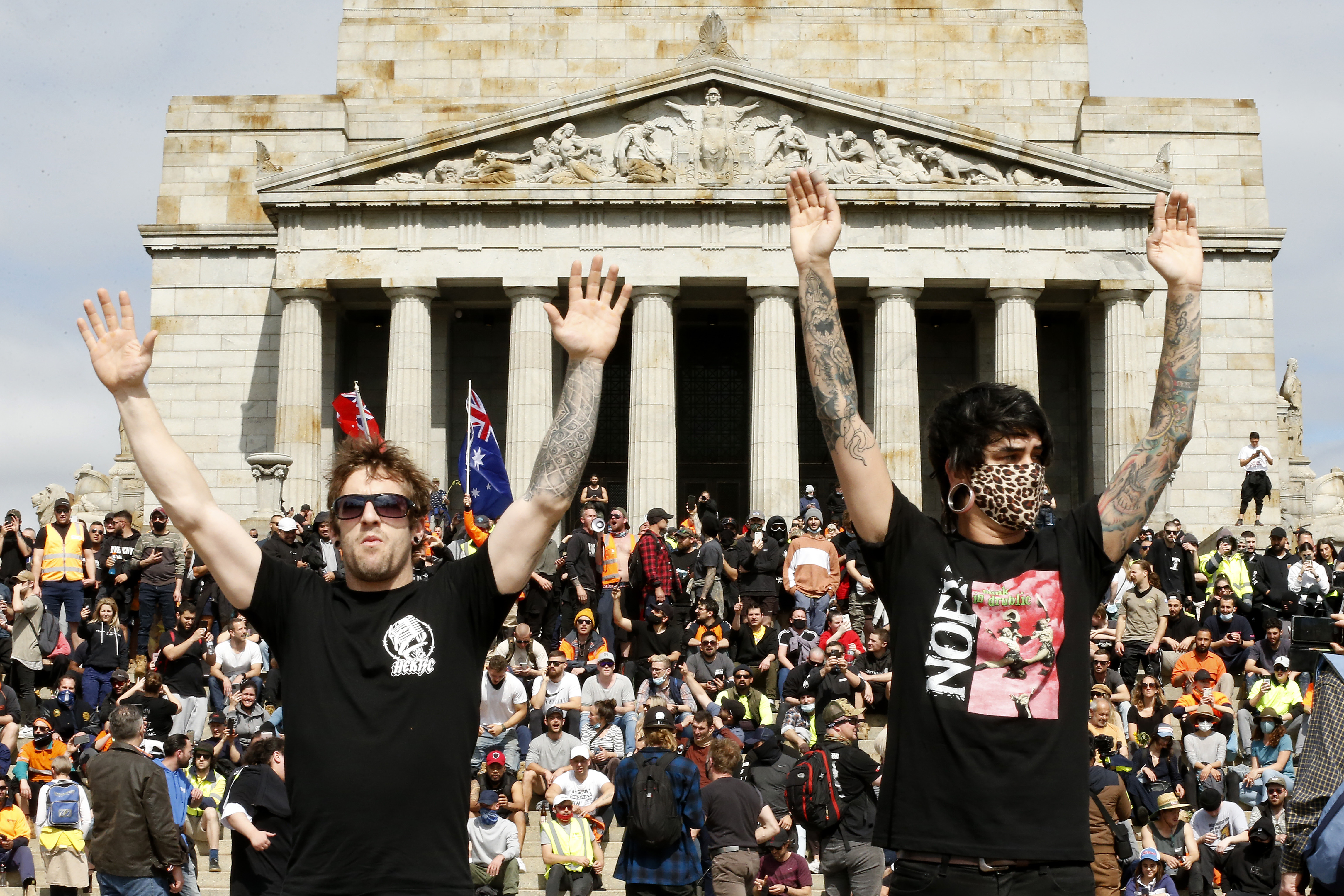 Police gave protesters four hours to leave peacefully, but after they refused to move the riot squad swooped in, firing rubber bullets and dispensing tear gas to disperse the crowd.

READ MORE: Third day of Melbourne protests – as it happened

Victoria Police arrested 215 protesters yesterday and they will be all hit with $5500 fines for breaching the Chief Health Officer's health orders.

Mr Lee said he was "appalled" the protesters desecrated such a meaningful and important state monument that paid tribute to war veterans and heroes. "I saw it as entirely selfish and disrespectful to the honoured memory of what our Australian men and women have done in the Defence Force," he said.

"There was broken glass, there was rubbish, there was urination, there were beer cans, it was just everything that this place does not represent and should not be.

"I understand the community is troubled and that we're all facing challenges, but this is not the place you come to pursue or express your discontent."

Speaking from Washington DC, Prime Minister Scott Morrison said anyone who protested at the Shrine should be "ashamed" of themselves.

"I think that the scenes were disgraceful and the conduct was disgraceful," he said.

"This is a sacred place. It is not a place of protest.

"It was disrespectful and it dishonoured those Australians who have made that sacrifice and I would hope any and all who were in that should be ashamed." 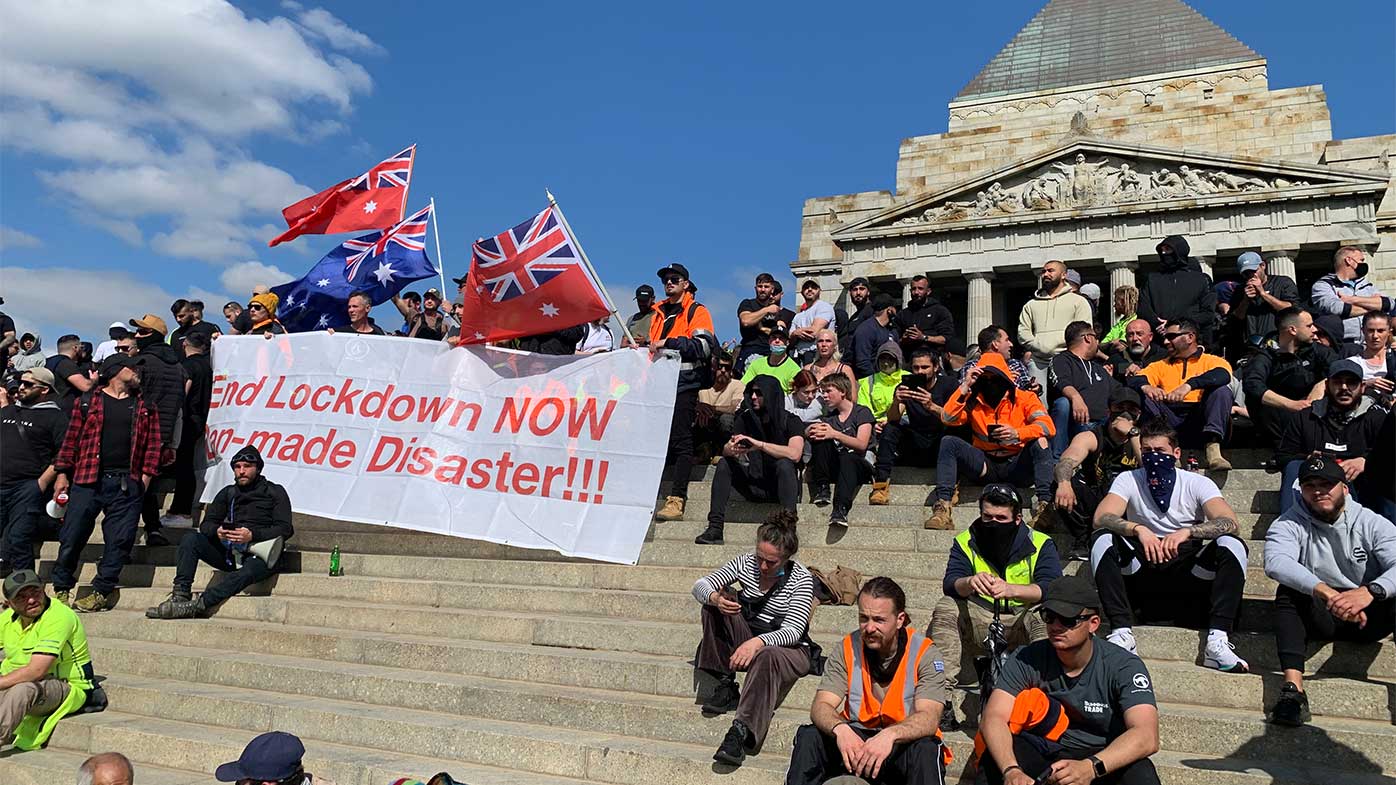 "Blood, sweat and tears is the reason that you have your freedoms because all those people fought for this country," she said.

"To have that and to stand up there and say, "lest we forget," I'm telling you, we're not forgetting your performance."

The CFMEU released a statement today condemning the "mob occupation" of the Shrine to protest against vaccination.

"The Shrine commemorates those who served their country in armed conflict and at war," the statement read.

"These actions are not supported by the vast majority of union members in the construction industry nor the Australian community.

"Those who occupied the Shrine should be ashamed of themselves.

"They should reflect on the sacrifices of others and cease these mindless and destructive mob actions."