Riot police have swooped on dozens of protesters gathered at a park in Melbourne's north as demonstrations continue for the fifth day.

Hundreds of protesters took over Melbourne CBD this week, rallying across city streets, including desecrating the Shrine of Remembrance on Wednesday.

Victoria Police arrested 215 people on Wednesday and made a further 92 arrests yesterday, despite a far quieter day of demonstrations.

A number of protesters were also arrested by police in the CBD this morning. 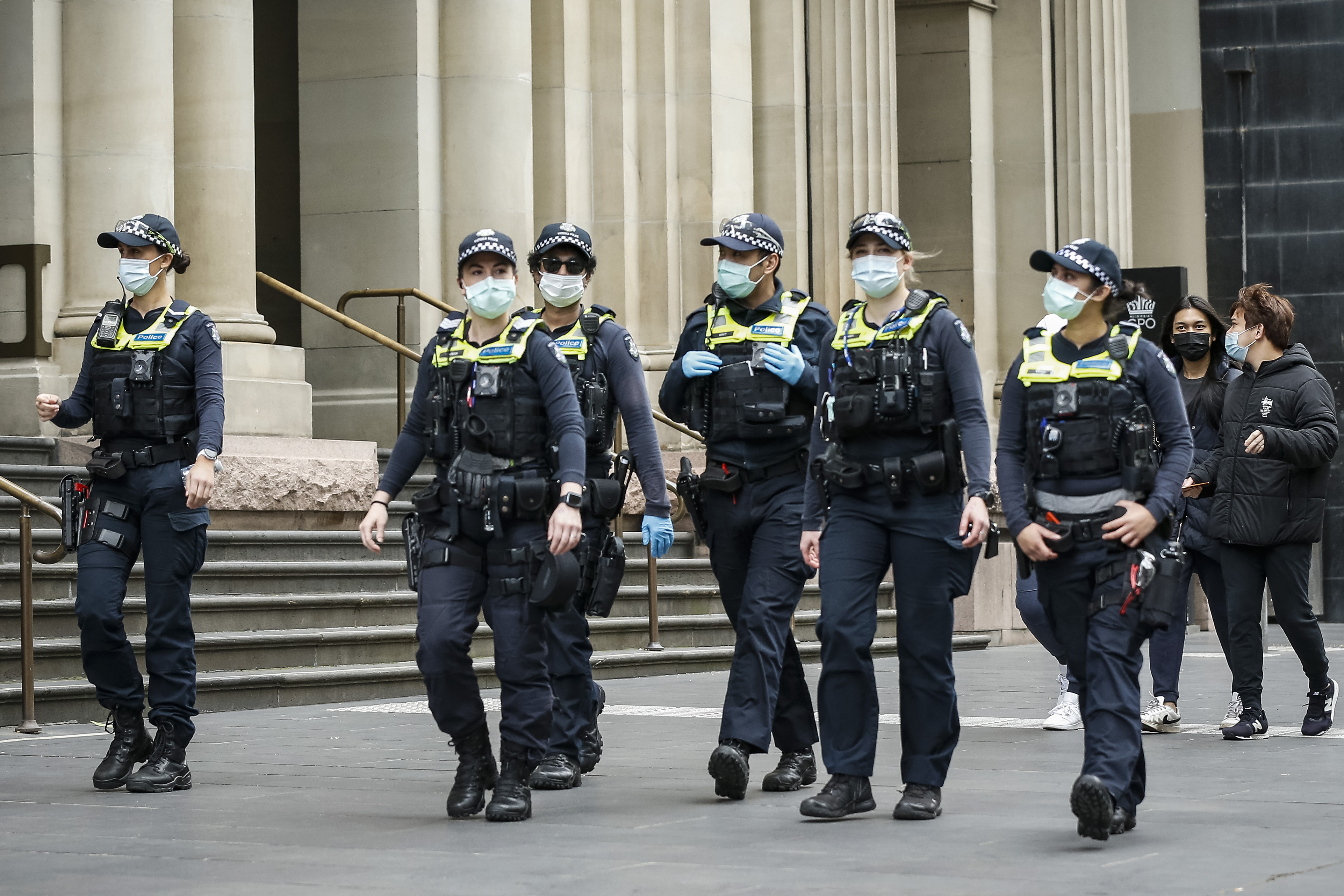 "They think that everything will be solved by taking a horse deworming tablet that gives you the runs and puts some people in hospital," he said.

"They are literally in a fantasy world … let's not pretend that these are otherwise rational individuals."

The arrests come after a protester tested positive to COVID-19 yesterday, forcing police into isolation and sparking fears of a super-spreader event.

Health Minister Martin Foley said the protester had become "so unwell" after the rally on Wednesday he was admitted to hospital.

Professor Sutton said time would tell if infections exploded as a result of the protests.

"Whether or not this is a super-spreader event, we will see a picture of it in a couple of week's time."