Stranded Australians could be offered seats on more government-facilitated flights in the months ahead, to get as many home by Christmas as possible.

The number of citizens registered with the Department of Foreign Affairs and Trade as wanting to return to Australia has surged to 45,000 since a cap on incoming international arrivals was tightened.

Prime Minister Scott Morrison said getting people home by Christmas is a priority, but that the nation had to reach the double dose vaccination milestone of 80 per cent first. 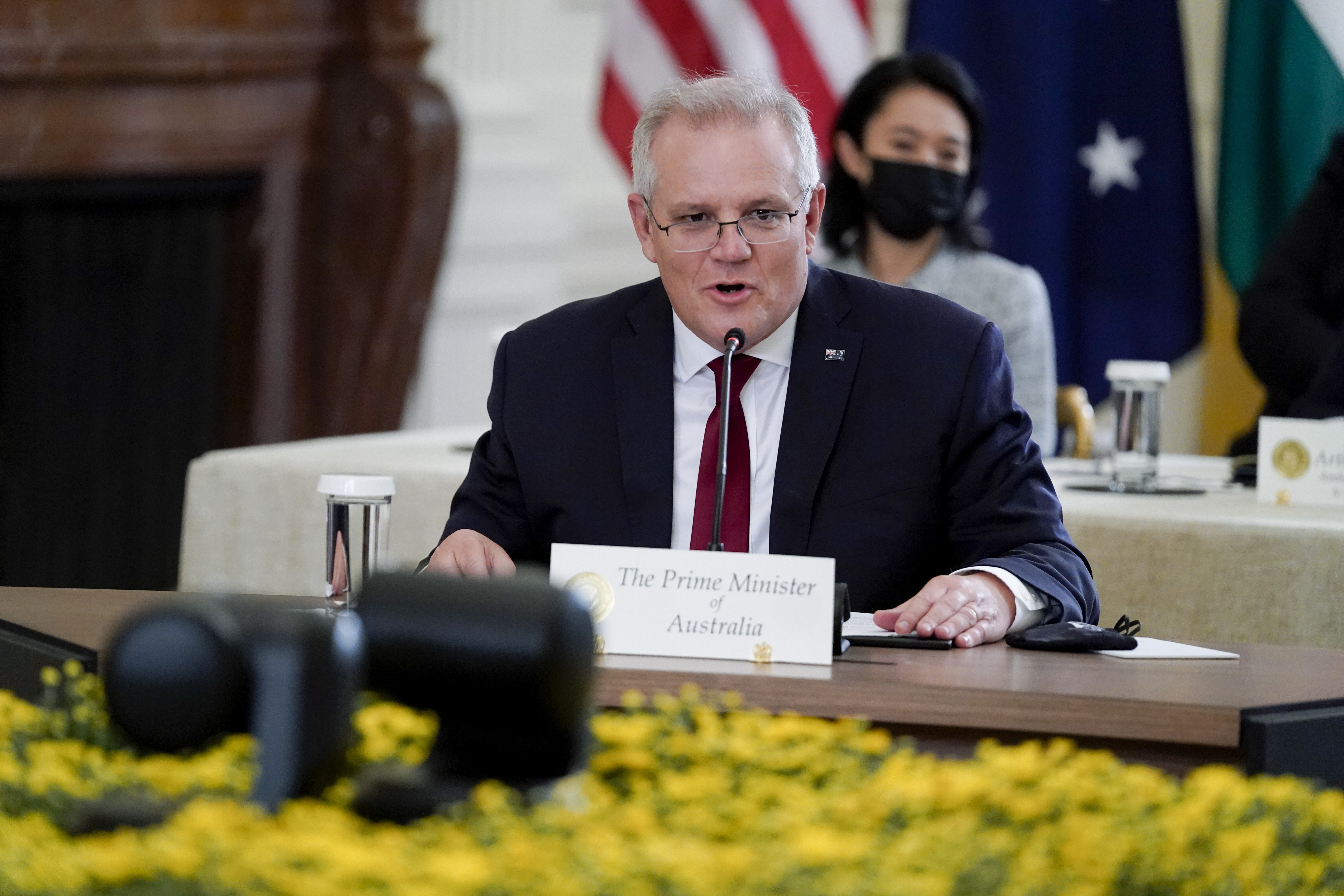 "Once we hit 80 per cent vaccinations, that means Australians will be able to travel to those states that are opening up," Mr Morrison said in Washington.

"They will be able to get on planes and go overseas and come home.

"That means Australians who are overseas, and who are vaccinated with vaccines recognised in Australia, will be able to get on planes and come to Australia."

Mr Morrison said he expects commercial airlines will ramp up services when demand increases, but flagged a willingness to arrange more government-facilitated flights if needed.

"We have been running commercial flights but if we need to, we will do more," he said.

Mr Morrison's promise of Christmas reunions also depends on all states sticking to the national plan out of the coronavirus pandemic.

With Queensland and Western Australia resisting pressure to reopen, it's unclear if families in every state will be back together in time for the festive season.

"Let's remember, the Prime Minister promised Australians they would be home by Christmas," Ms Wong said.

"That was last Christmas. We have more people stranded now than when he made that promise."