Lines of mourners paid their respects yesterday for Gabby Petito, the 22-year-old whose death on a cross-country trip has sparked a manhunt for her boyfriend.

Among those who congregated in Holbrook, about 56 kilometres east of New York City, were family members, friends, co-workers and people who were touched by Ms Petito's story even though they didn't know her.

“She was a beautiful soul; she was full of life, always smiling,” said Desiree Keeffe, a friend of Ms Petito's mother, Nicole. “She gave you love. She was just a beautiful soul. She touched everybody like she did now.” 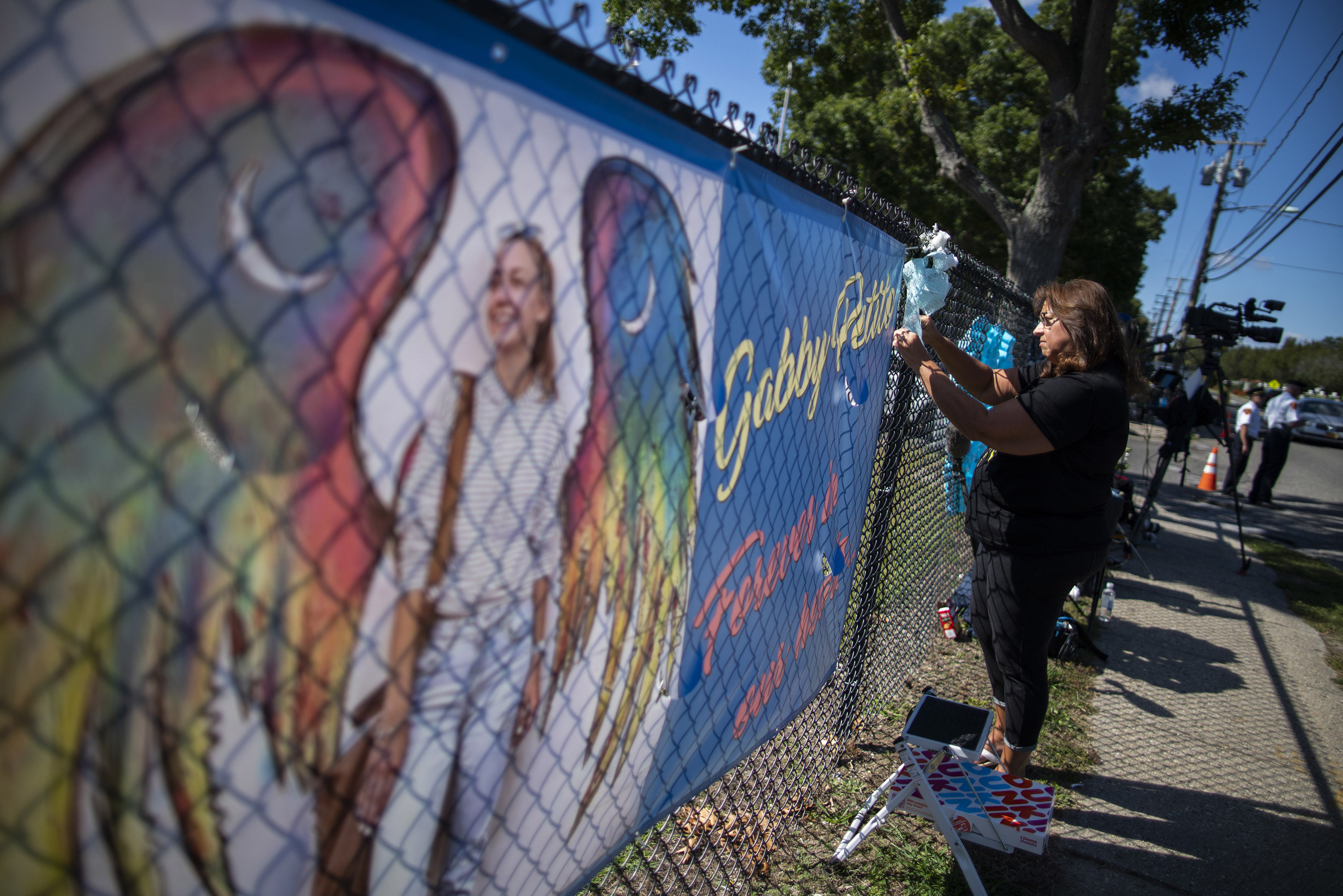 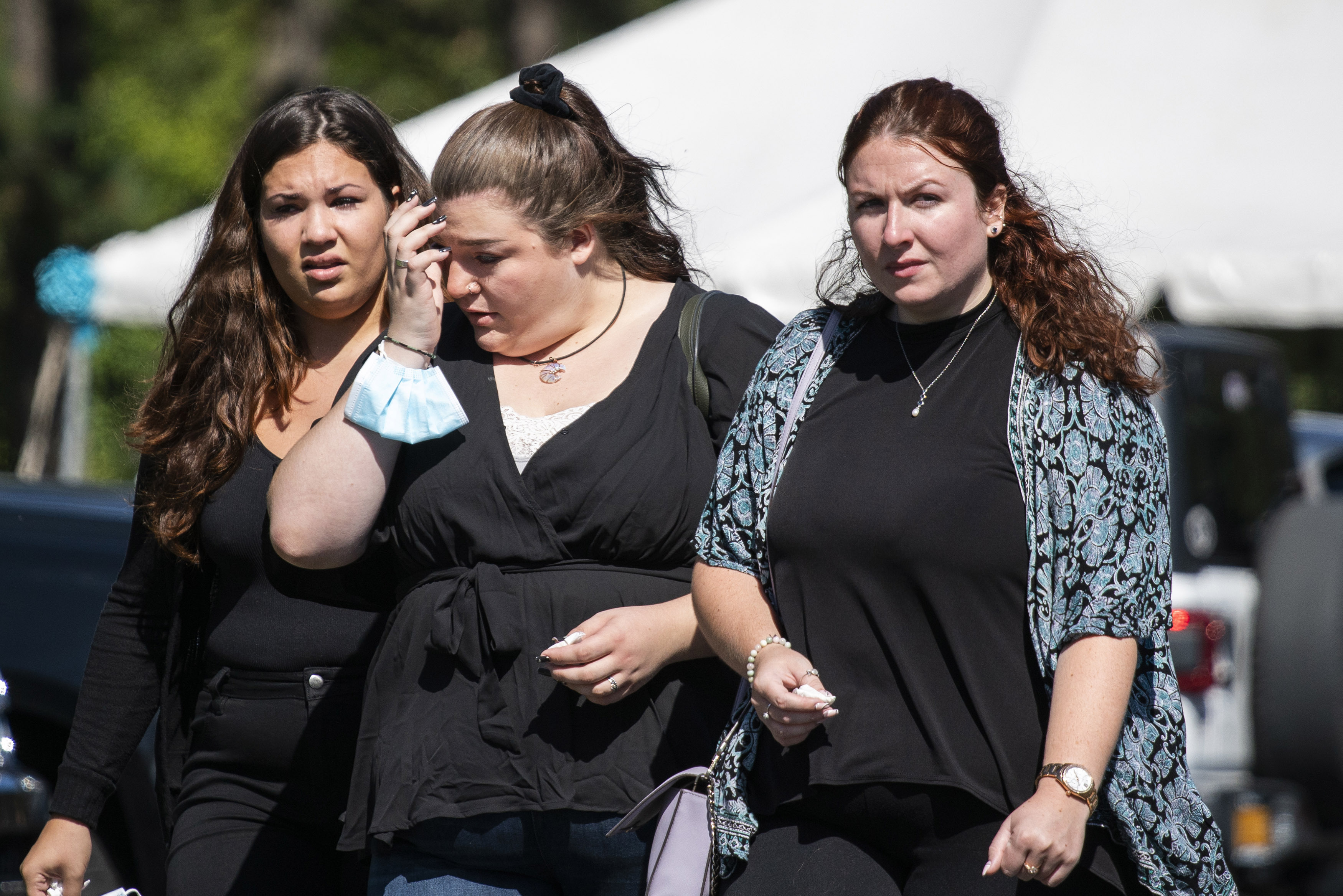 Two fire trucks were positioned one on either side of the funeral home, each with its ladder extended, and a line of firefighters was seen filing into the building. Across the street, a chain link fence was adorned with posters featuring Ms Petito's image and messages such as, “She touched the world.”

Ms Petito was reported missing September 11 by her parents after she didn’t respond to calls and texts for several days while she and Brian Laundrie visited parks in the West.

Her body was discovered last Sunday in a remote area in northwestern Wyoming. Mr Laundrie and Ms Petito grew up on Long Island but in recent years moved to Florida.

Lexi Ruiz recalled working with Ms Petito at a cafe in nearby Patchogue that Ms Ruiz managed.

“She was always willing to help someone else," Ms Ruiz said. "She was just such a light. Anywhere she went the room lit up. It’s nice to see so many people come together and support her family.”

Inside the funeral home, dozens of floral arrangements and childhood photos of Ms Petito lined the walls, some capturing her travels. One floral arrangement sent from Norwalk, Connecticut, read, “I don’t know you but your story broke me.”

READ MORE: The one decision that saved this Melbourne woman's life 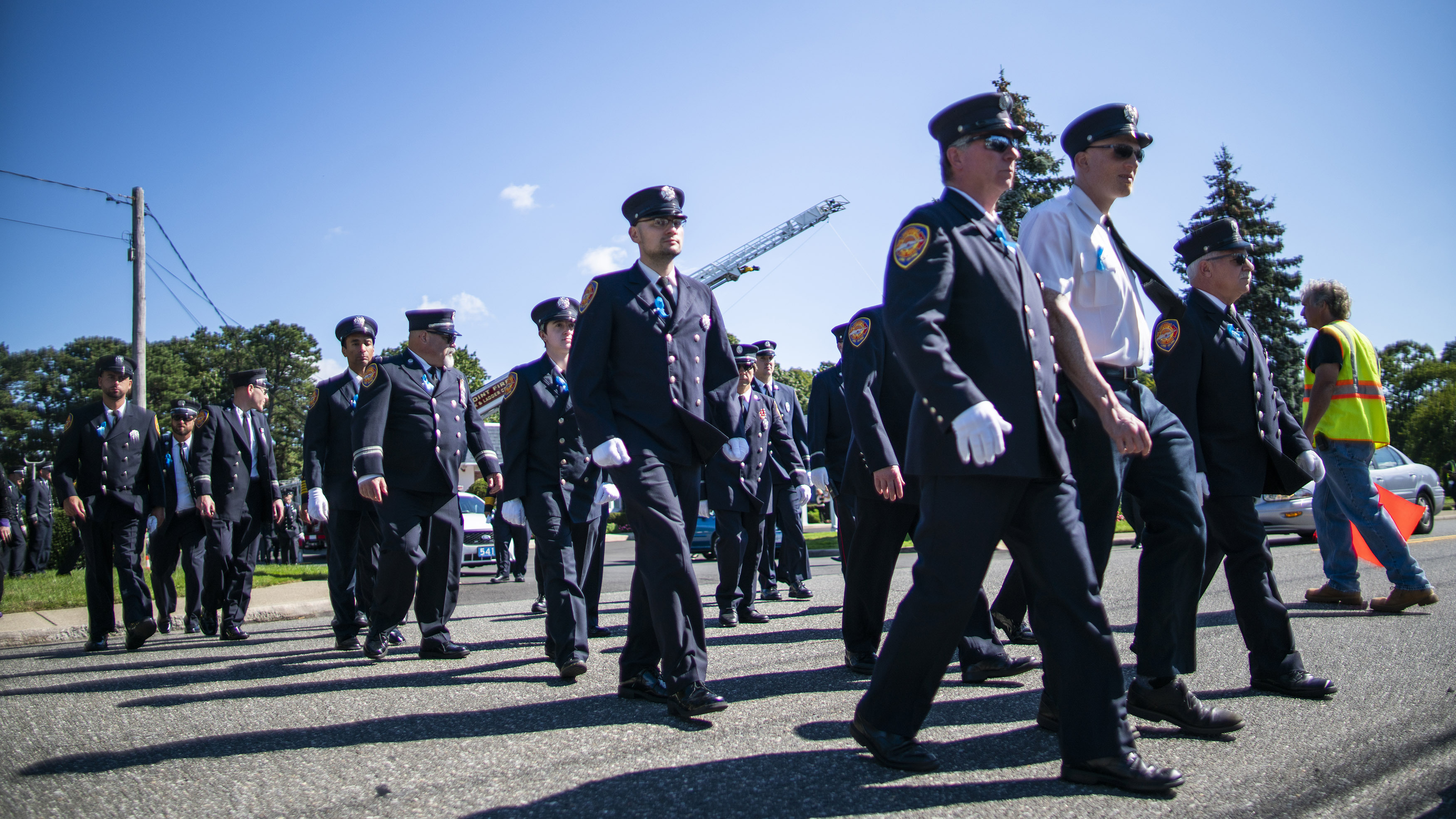 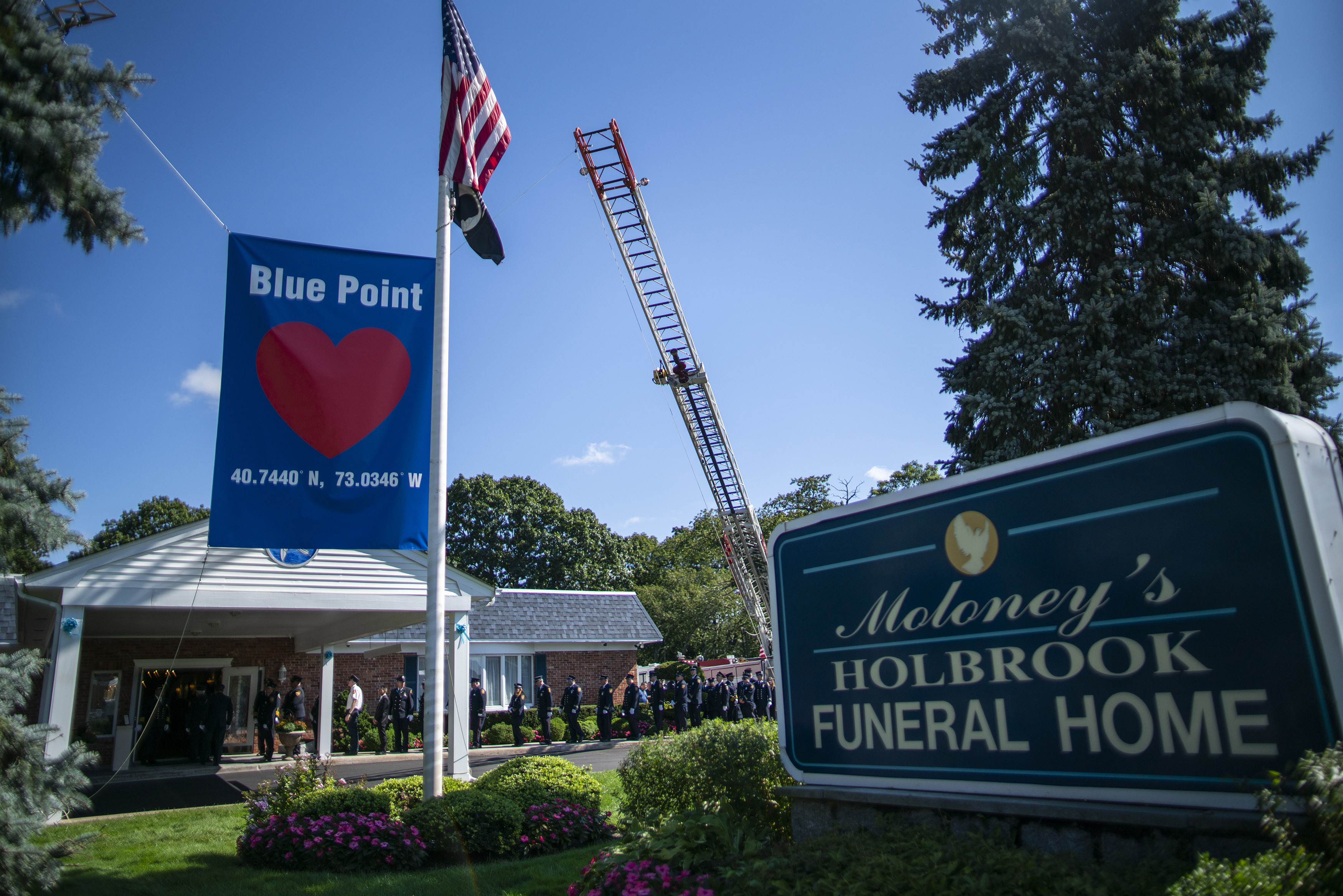 Mourners were greeted with a placard bearing a poem titled “Let it Be” that began with the line, “Do not grieve for me for I am free.”

Ms Petito’s death has been classified as homicide, meaning she was killed by another person, but medical examiners in Wyoming haven’t disclosed how she died pending further autopsy results.

The couple posted online about their trip in a white Ford Transit van converted into a camper. They got into a physical altercation August 12 in Moab, Utah, that led to a police stop for a possible domestic violence case.

Ultimately, police there decided to separate the quarreling couple for the night. But no charges were filed, and no serious injuries were reported. 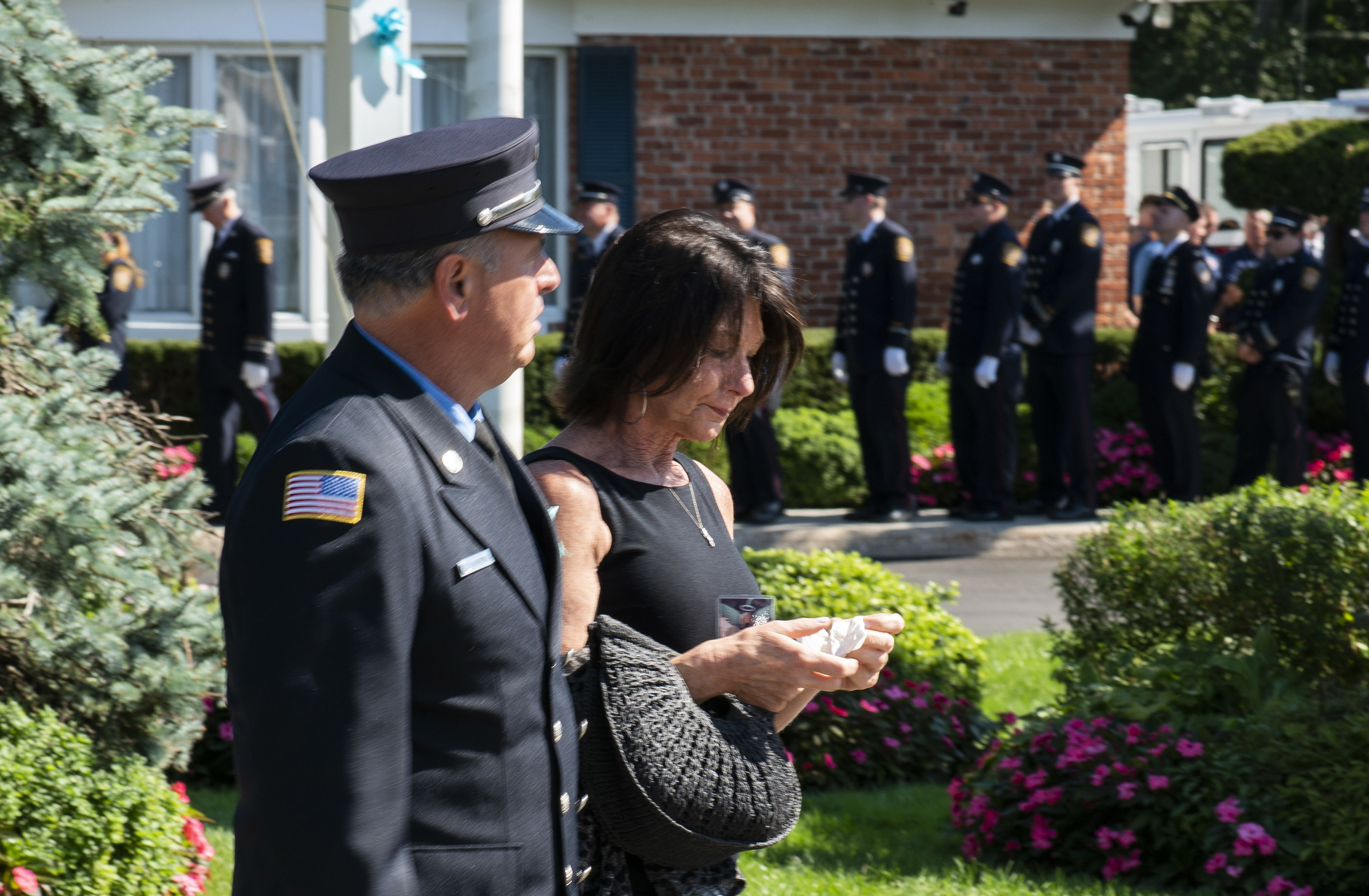 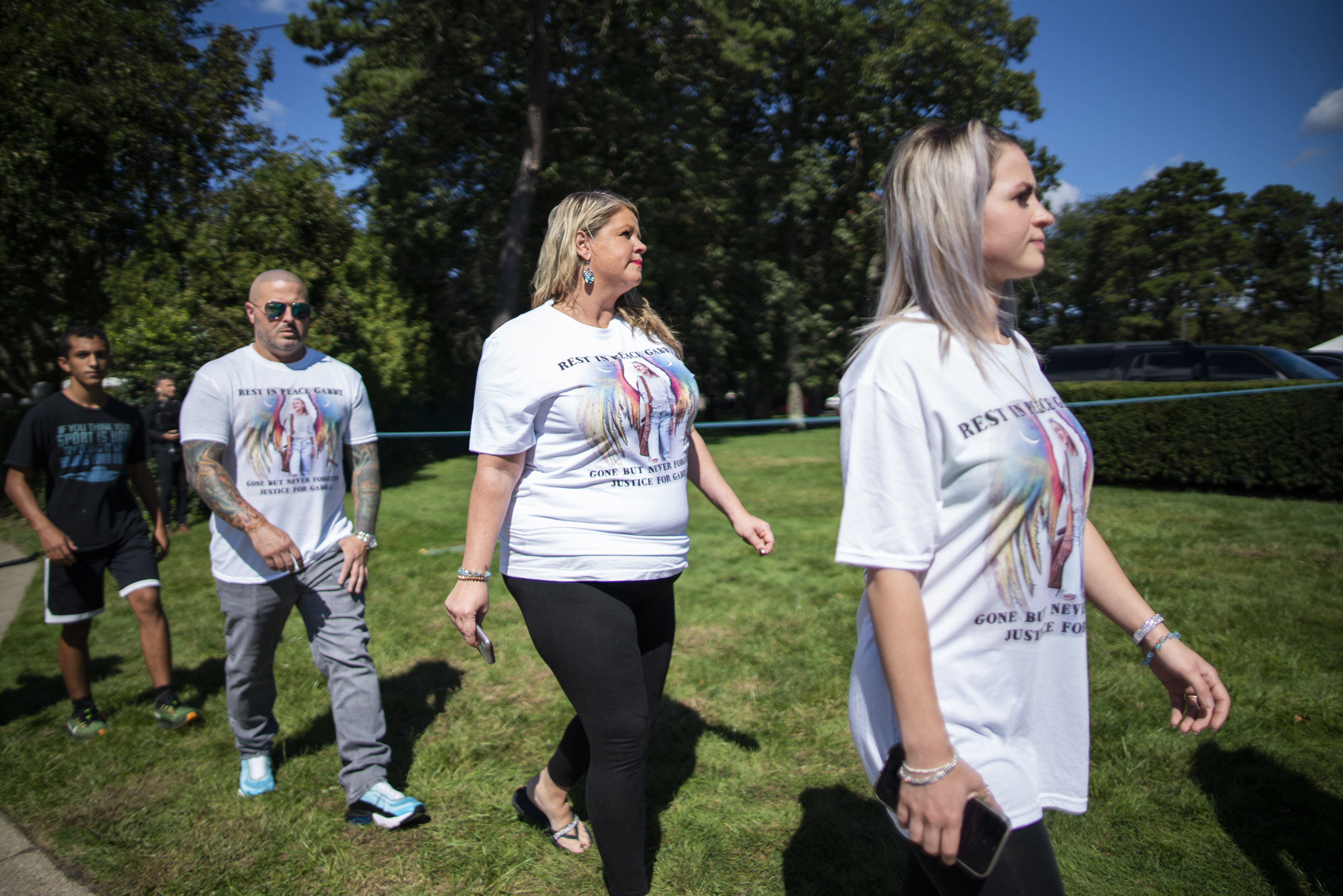 Investigators have been searching for Mr Laundrie in Florida, and searched his parents' home in North Port, about 56 kilometres south of Sarasota.

On Thursday, federal officials in Wyoming charged Mr Laundrie with unauthorised use of a debit card, alleging he used a Capital One Bank card and someone’s personal identification number to make unauthorised withdrawals or charges worth more than $1000 during the period in which Ms Petito went missing. They did not say who the card belonged to.