A US town that disappeared more than 60 years ago has re-emerged in drought.

The town of Rockport, in Utah, was submerged in 1957 when the nearby Wanship Dam was built, creating the Rockport Reservoir.

However as the reservoir's waters have now retreated due to a prolonged drought gripping the west coast – rocky foundations have once again seen the light of day. 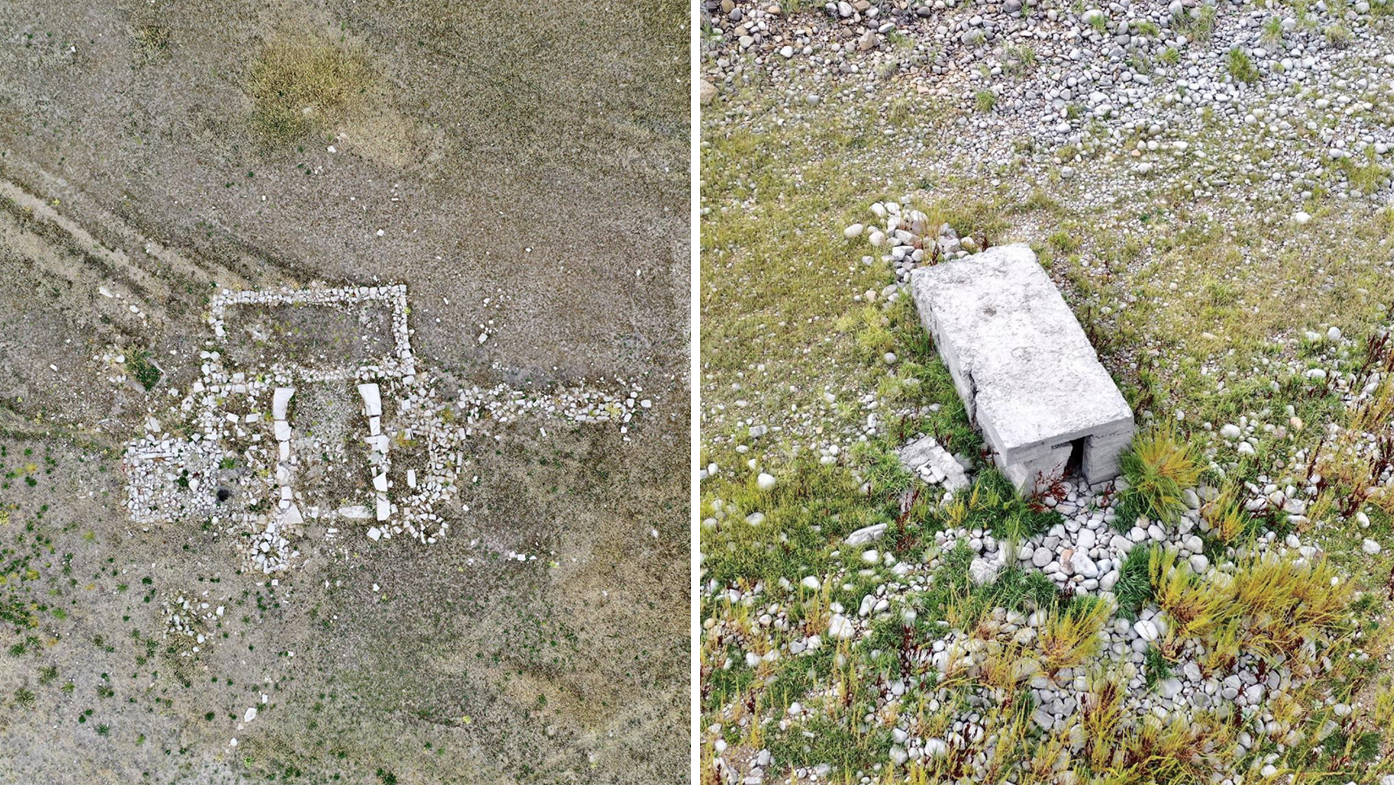 Drone pilot Devon Dewey has shared several photos of the previously drowned town, which he snapped on a recent flyby.

"It was really interesting to be standing at an overlook for the reservoir and to see faint traces of foundations of old homes and a road all below where the water would normally be," Mr Dewey told 9News.com.au.

"Using a drone to get a higher perspective helped to see where structures once stood so many decades ago." It is estimated 27 families lived in the area in the 1950s when the reservoir was created.

They were forced to relocate once construction of the dam began.