A man has been arrested following an alleged gunpoint carjacking and police shootout in Perth's east this morning.

The ordeal started before dawn after a man in his 20s allegedly escaped officers at an apartment block on Stirling Street north of Perth's CBD.

Police attempted to chase the man on foot, but he was unable to found. 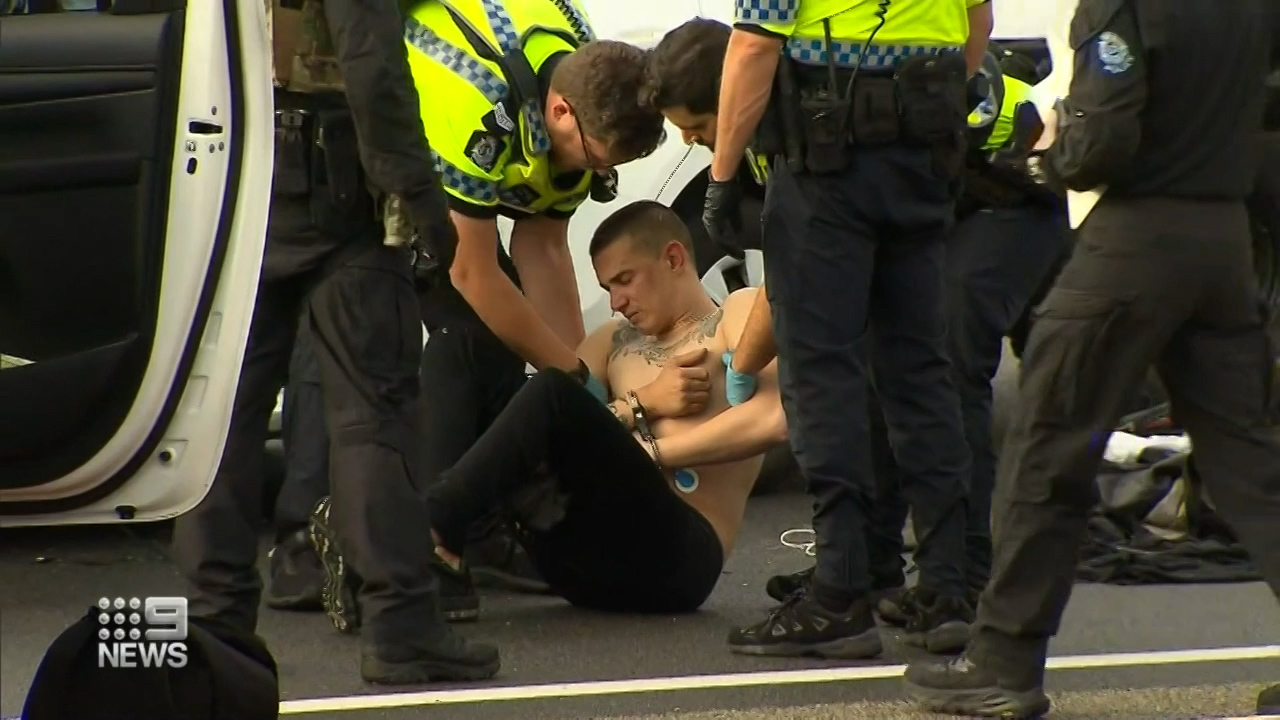 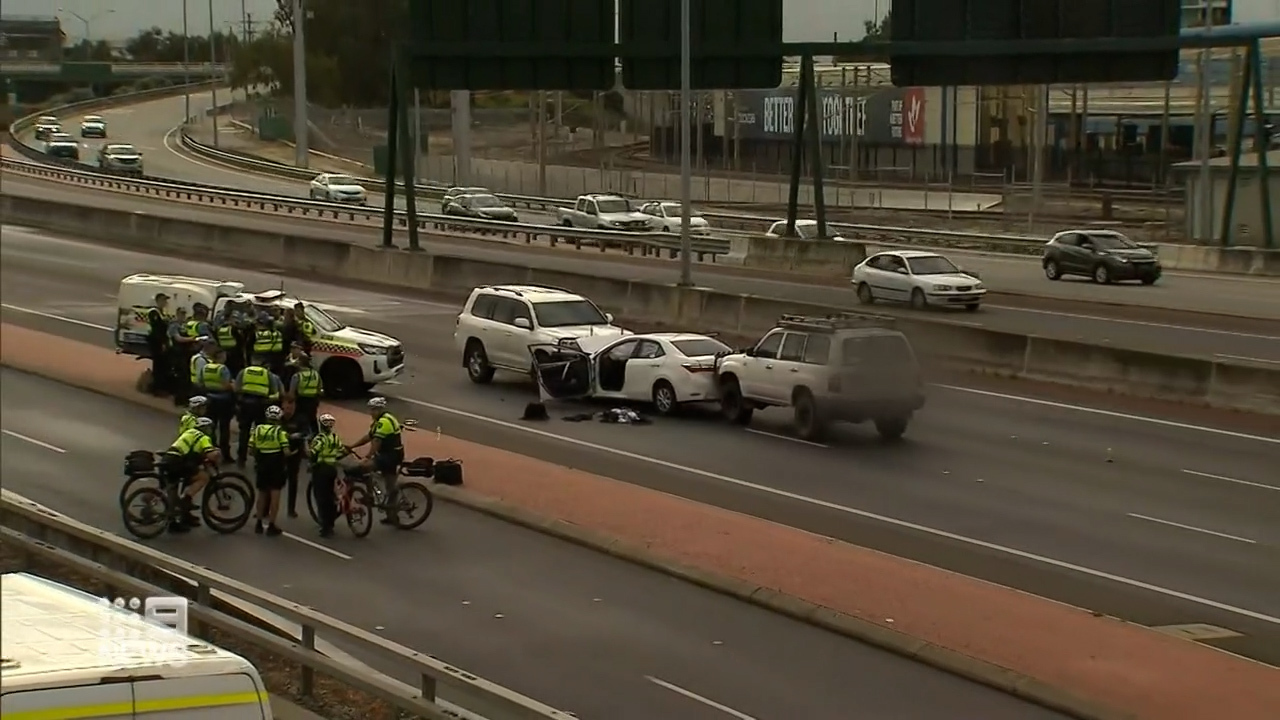 A short time later, the man allegedly held a 67-year-old man at gunpoint on Lord Street and forced him to drive eastbound as he attempted to flee.

Officers spotted the getaway car at the Graham Farmer Freeway, when a Police Tactical Response Group (TRG) land cruiser that was deliberately on the wrong side of the freeway slammed head on into the car to trap it.

Shortly after, a second four-wheel drive, driven by an off-duty officer, pinned the car from behind, sandwiching it in. 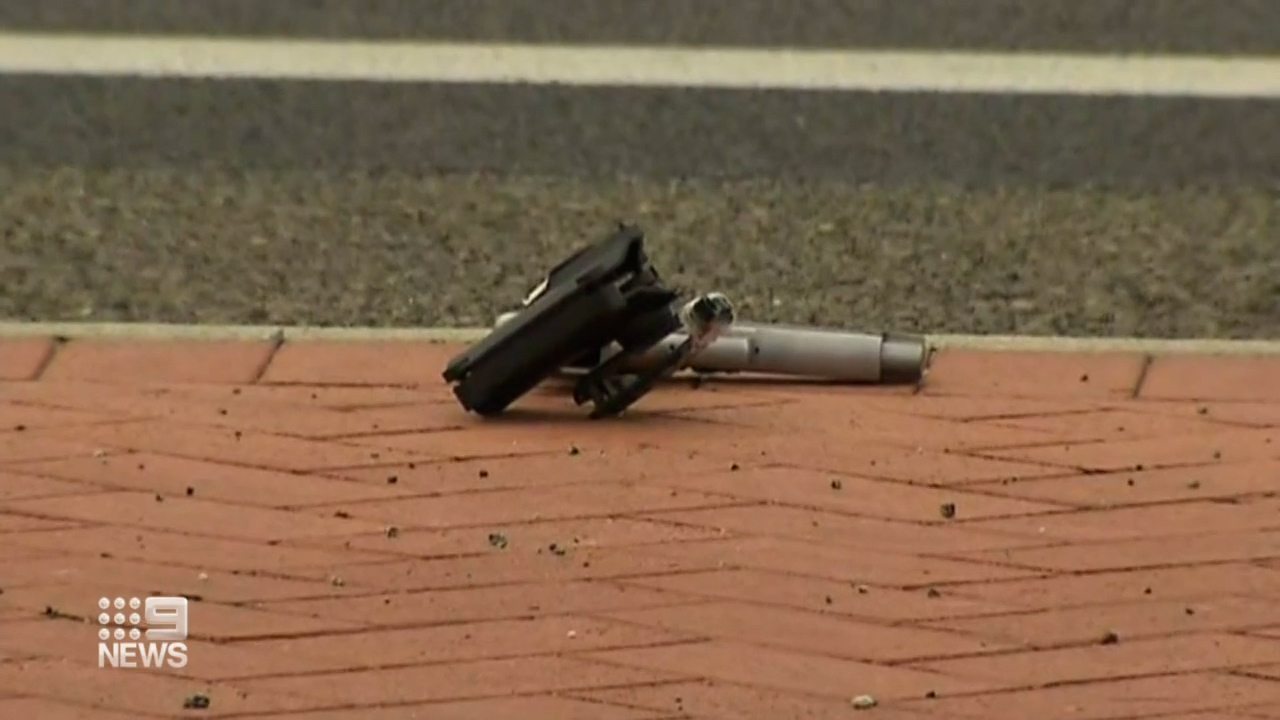 Heavily armed police stormed the scene and rounds of ammunition were fired before the man, who was allegedly carrying a handgun, was arrested and taken to hospital.

He remains there under police guard.

The gun was later found on the road with spent ammunition.

Both the alleged carjacker and the older man were injured when the car's airbags were activated, police say. 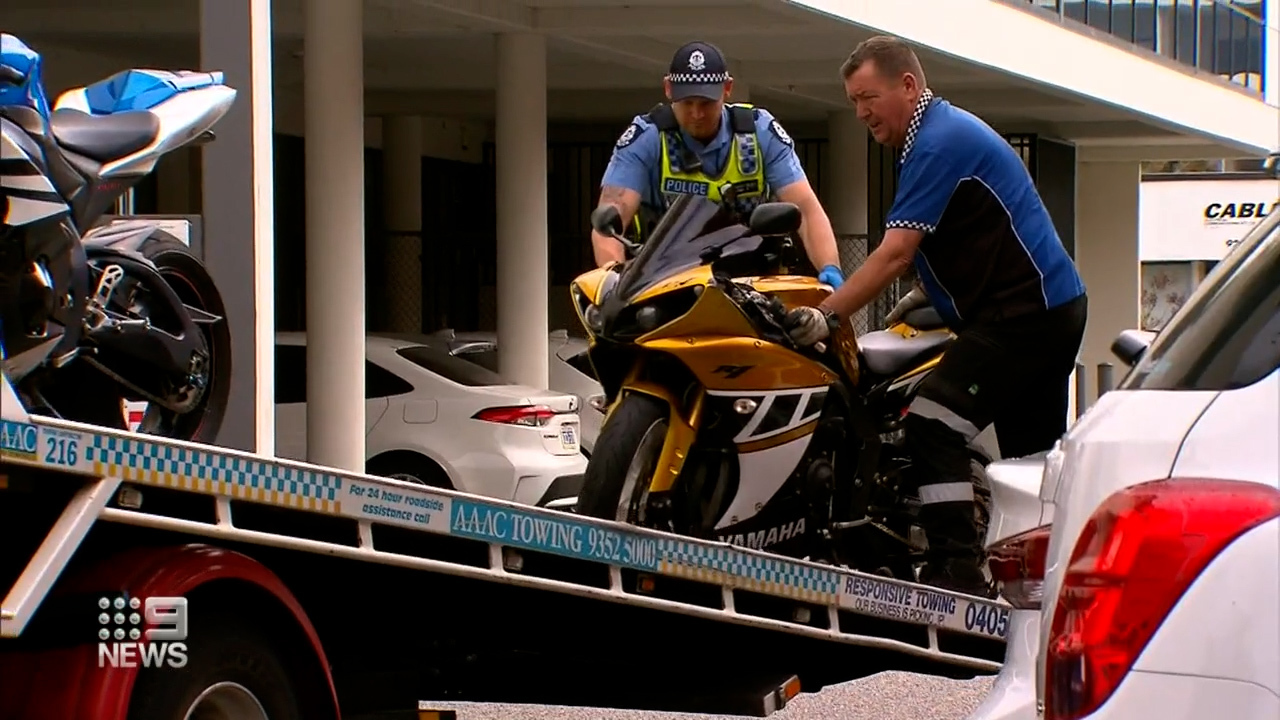 According to authorities, before the freeway collision a number of other crime scenes had been established that are believed to be linked to the incident.

Two high performance motorbikes were seized from an apartment block on Stirling Street.

Witnesses nearby the complex also say they heard a woman screaming at about 5.30am.

Police are still putting all the pieces of the crime together, but the man is believed to have links to organised crime and the Gang Crime Squad has since taken over the case.