A motorcyclist narrowly escaped a serious crash in New South Wales on Saturday.

The motorcyclist was turning a corner on the Broughton pass near Wilton when they suddenly veered off into the opposite lane.

As the bike swerved, it tipped over. 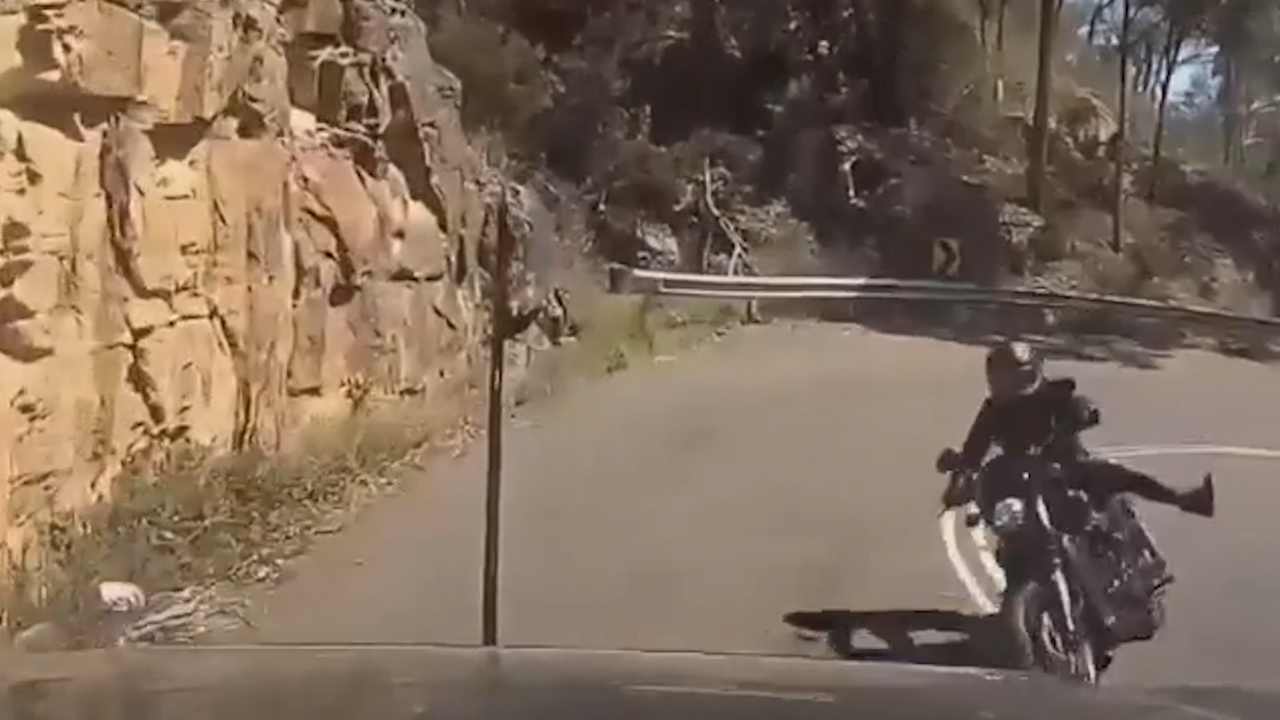 The rider landed in front of an oncoming car, which stopped immediately.

The motorcyclist was then captured walking moments later.