Lines of cars have formed at some British petrol stations for a fourth day, as the government mulls sending in the army to help ease supply disruption triggered by a shortage of truck drivers.

As the British Medical Association called for emergency workers to be given priority for fuel supplies, Petrol Retailers Association chairman Brian Madderson said training had been taking place "in the background" for military personnel to drive tankers.

The government on Monday said it had "no plans at the moment" to deploy troops, but was making preparations just in case. 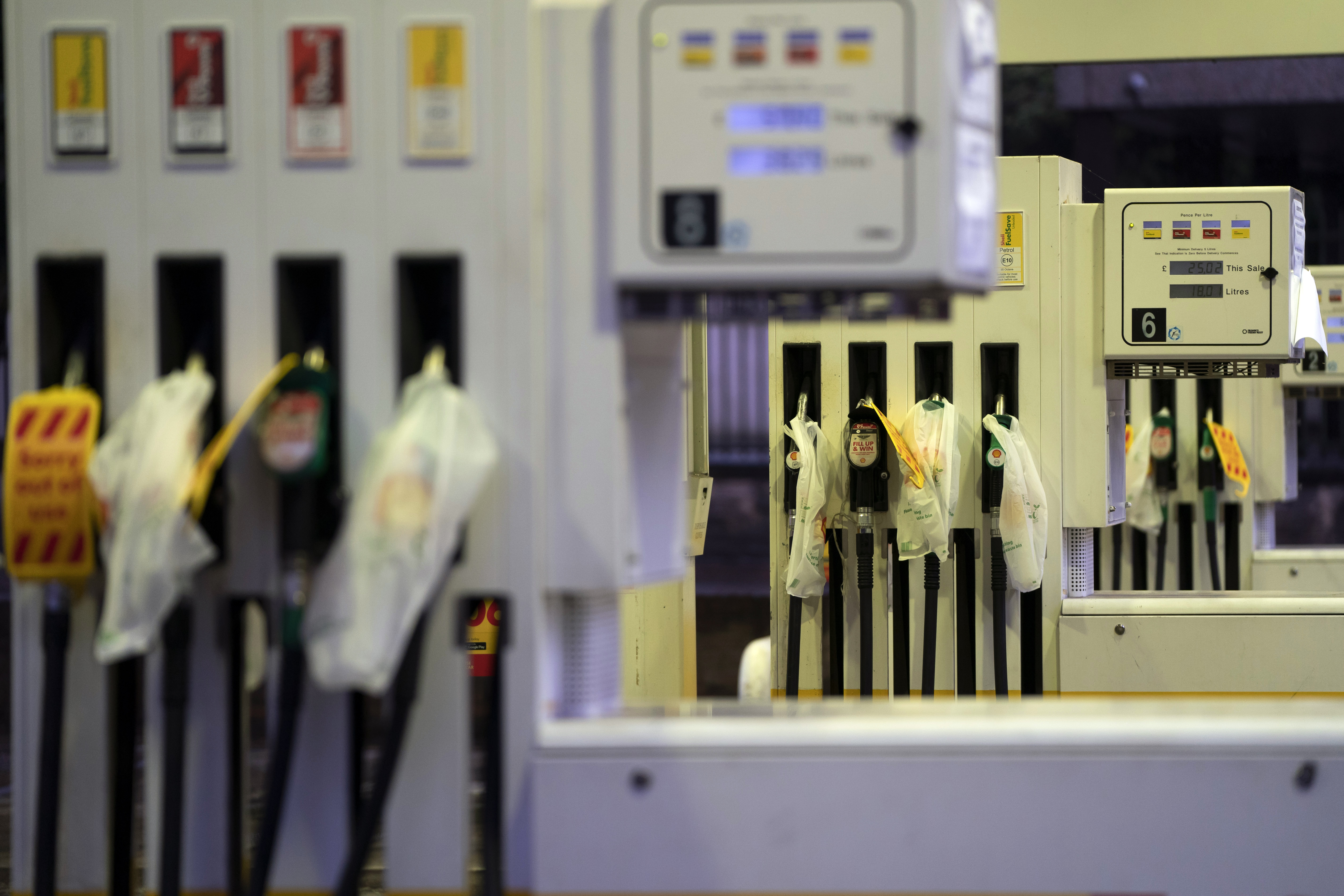 The Petrol Retailers Association, which represents almost 5500 independent outlets, said Sunday that about two-thirds of its members were reporting they had run out of fuel, as the driver shortage set off a round of petrol panic-buying.

The government insisted the UK had "ample fuel stocks," and blamed the problems on consumer behaviour.

"The only reason we don't have petrol on the forecourts is that people are buying petrol they don't need," said Environment Secretary George Eustice.

Dr Chaand Nagpaul, chair of council at the British Medical Association, said health care workers and other essential services staff should be "given priority access to fuel so they can continue their crucial work and guarantee care to patients."

Roland McKibbin, a self-employed electrician in London, said he had had to cancel jobs because he couldn't get petrol. "So, basically, the panic-buying idiots have lost me income, and directly taken food off the table for my wife and five-year-old son, because I can't wire people's houses from home, unfortunately."

The haulage industry says the UK is short as many as 100,000 truckers, due to a perfect storm of factors including the coronavirus pandemic, an ageing workforce and an exodus of foreign workers following Britain's departure from the European Union last year.

Post-Brexit immigration rules mean EU citizens can no longer live and work visa-free in Britain, as they could when the UK was a member of the bloc.

Several countries, including the United States and Germany, also are experiencing a shortage of truck drivers. But the problem has been especially visible in Britain, where it has contributed to empty supermarket shelves and shuttered petrol pumps.

In an effort to ease the petrol crunch, the government said it was temporarily suspending competition laws so fuel firms could share information and target areas where supply was running low.

It is also bringing in military driving examiners to help clear a backlog of new truckers awaiting tests, though Mr Eustice said "we've no plans at the moment to bring in the army to actually do the driving." 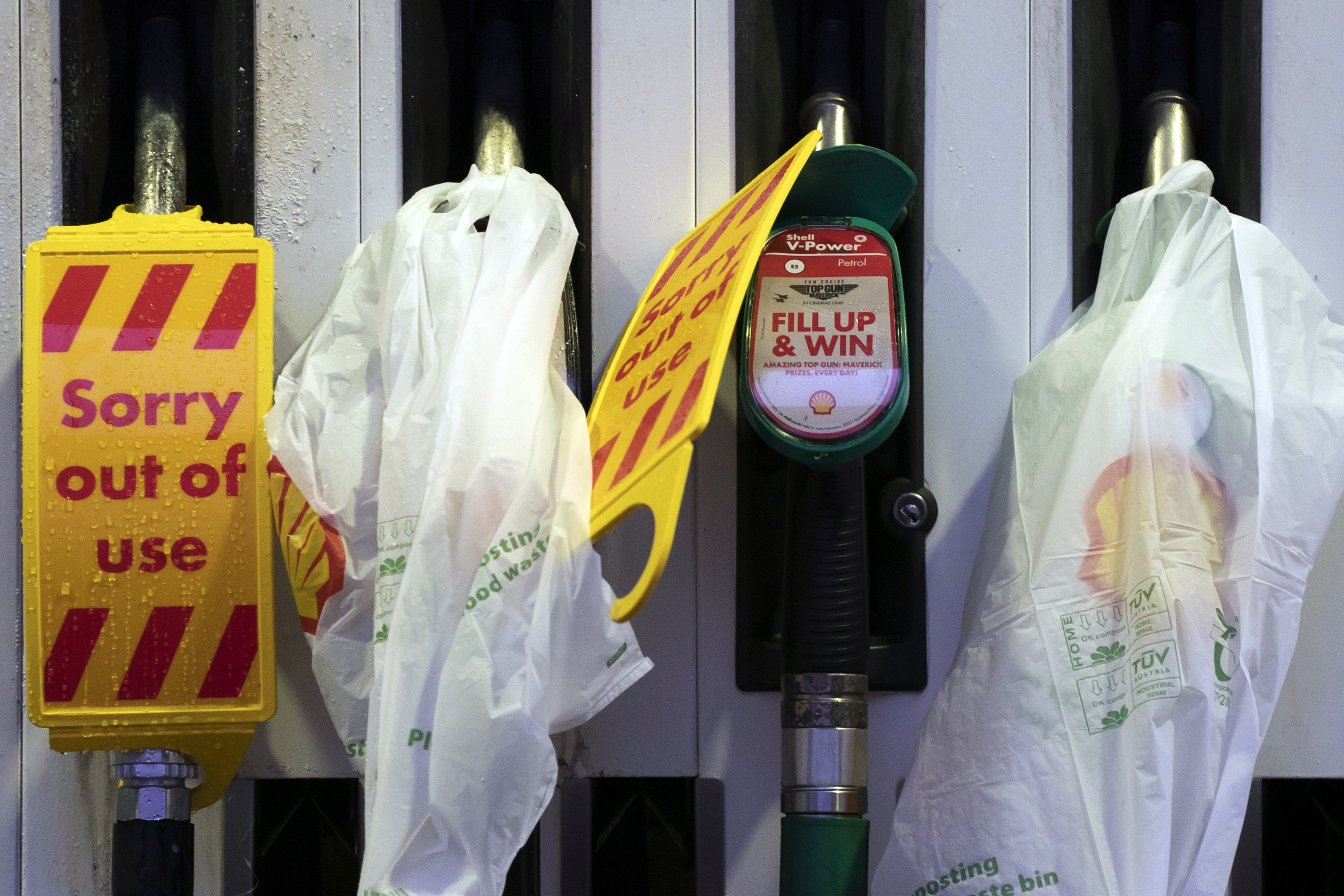 "But we always have a civil contingencies section within the army on standby," he added.

And, after weeks of mounting pressure over shortages, the UK's Conservative government announced on Saturday that it would issue thousands of emergency visas to foreign truck drivers to help prevent a Christmas without turkey or toys for many British families.

The government said it would issue 5000 three-month visas for truck drivers starting in October, and another 5500 for poultry workers.

But that falls far short of the number needed. Ruby McGregor-Smith, president of the Confederation of British Industry, said the announcement was "the equivalent of throwing a thimble of water on a bonfire".

Representatives of European truckers were skeptical that many would want to come to the UK for such a short time. The visas are due to expire on December 24.

Edwin Atema from the Dutch FNV union, which represents drivers across the Europe, said the visa plan was "a dead end".

"I think the EU workers we speak to will not go to the UK for a short-term visa to help UK out of the (mess) they created themselves," he told the BBC.

"The free movement of labour is part of the European Union, and we worked very hard to convince the British to not leave the union," he said.

"Now they decided different, and I hope they will manage the problems coming from that."