France and Greece have announced a defence deal worth about €3 billion ($4.8 billion), Paris's first such agreement since Australia spiked a $90 billion plan to buy diesel-electric submarines, sparking a diplomatic crisis.

The new arrangement includes Athens' decision to buy three French warships as part of a strategy to boost its defence capacities in the Eastern Mediterranean amid recurring tensions with longtime foe Turkey. "This partnership expresses our will to increase and intensify our cooperation in the defence and security sector based on our mutual interests," Mr Macron said.

It would "help protect the sovereignty, independence, territorial integrity of both states."

Greece will purchase three French frigates to be built by defence contractor Naval Group in Lorient, the same company who has contracted to build Australia's submarines, in western France. The deal includes an option for the acquisition of a fourth frigate.

Mitsotakis said the deal came "out of national motivation to shield our country," but also had "a European motive as it strengthens our common defence industry."

"Greece and France are today taking a bold first step towards European strategic autonomy," he said.

The deal was paving the way towards "a Europe that … will be able to defend (its interests) in the wider region, in the eastern Mediterranean, in the Middle East." 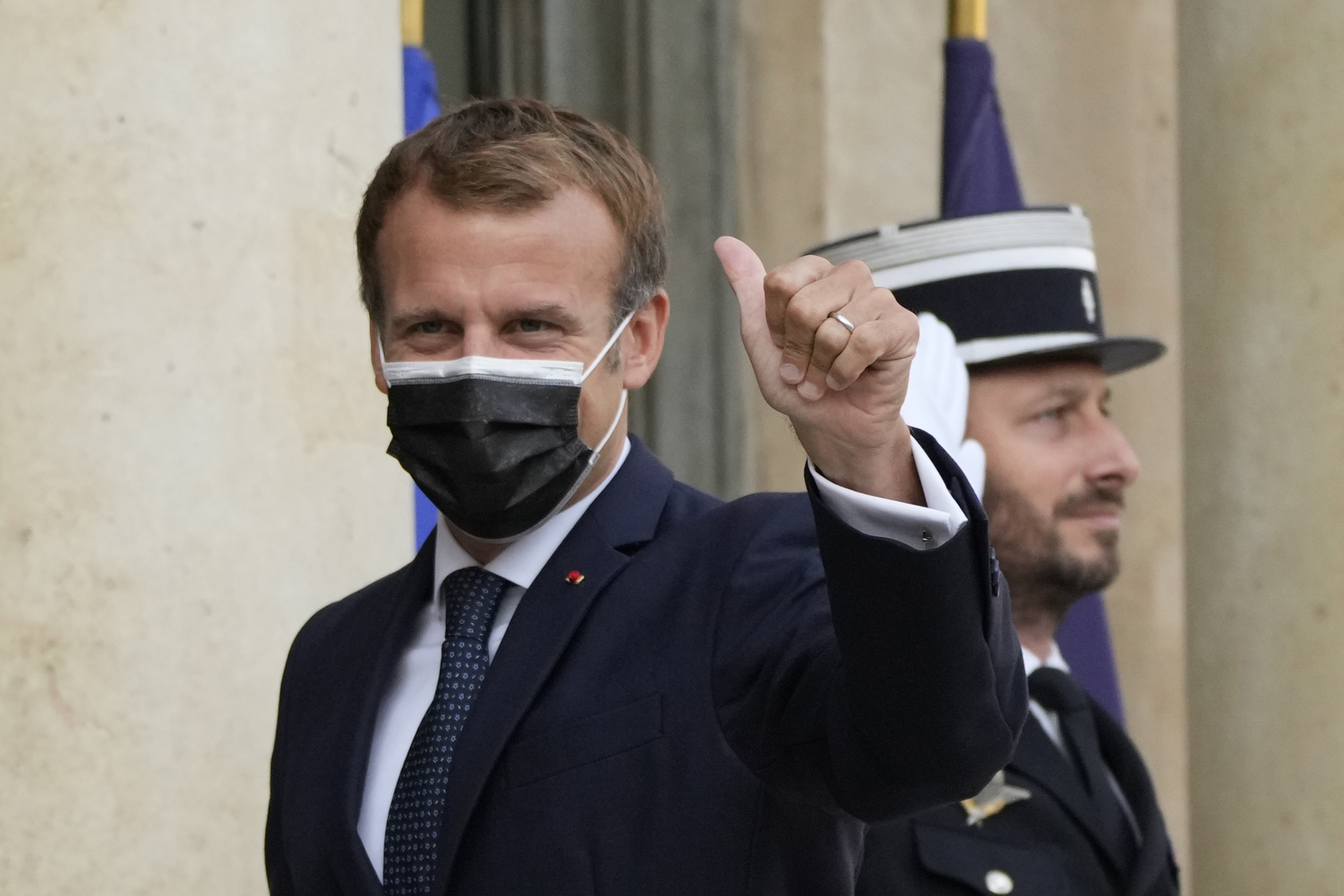 The announcement comes at a key time for France after the loss this month of a $90 billion deal to sell diesel-electric submarines to Australia, which instead chose to acquire nuclear-powered submarines provided by the US.

The three-way strategic defence alliance announced by Australia, the UK and the US came as a shock to French officials.

French Defence Ministry spokesperson Hervé Grandjean said the warships contract was worth about €3 billion euros ($4.8 billion). The frigates will be delivered in 2025 and 2026.

As France and Greece are entering a period of negotiation about details of the deal, Mr Grandjean said "we have no doubt as to the positive outcome" — unlike what happened with the Australian submarines contract.

"We should not slip into excessive paranoia and the incident that we faced recently is the exception rather than the rule," he said.

Greece has already bought 18 French Rafale fighter jets and plans to purchase another six under a program to modernise its armed forces.

Tensions between Greece and historic regional rival Turkey have increased in recent years over gas exploration rights in the eastern Mediterranean and waters between the two countries.

Both countries have been at loggerheads for decades over a long series of issues, including territorial rights in the Aegean Sea, maritime and aviation boundaries, and minority rights.