Hillsong founder Brian Houston has returned to Australia to face allegations of concealing child sex abuse by his late father.

Mr Houston and his wife Bobbie emerged from a Sydney hotel this morning after two weeks in quarantine.

The pastor was in the United States when his lawyer was served a court attendance notice for the charge of conceal serious indictable offence, accused of failing to tell police when he learned his father abused a young boy in the 1970s.

READ MORE: Hillsong founder Brian Houston 'devastated' by charges as he delivers sermons in US 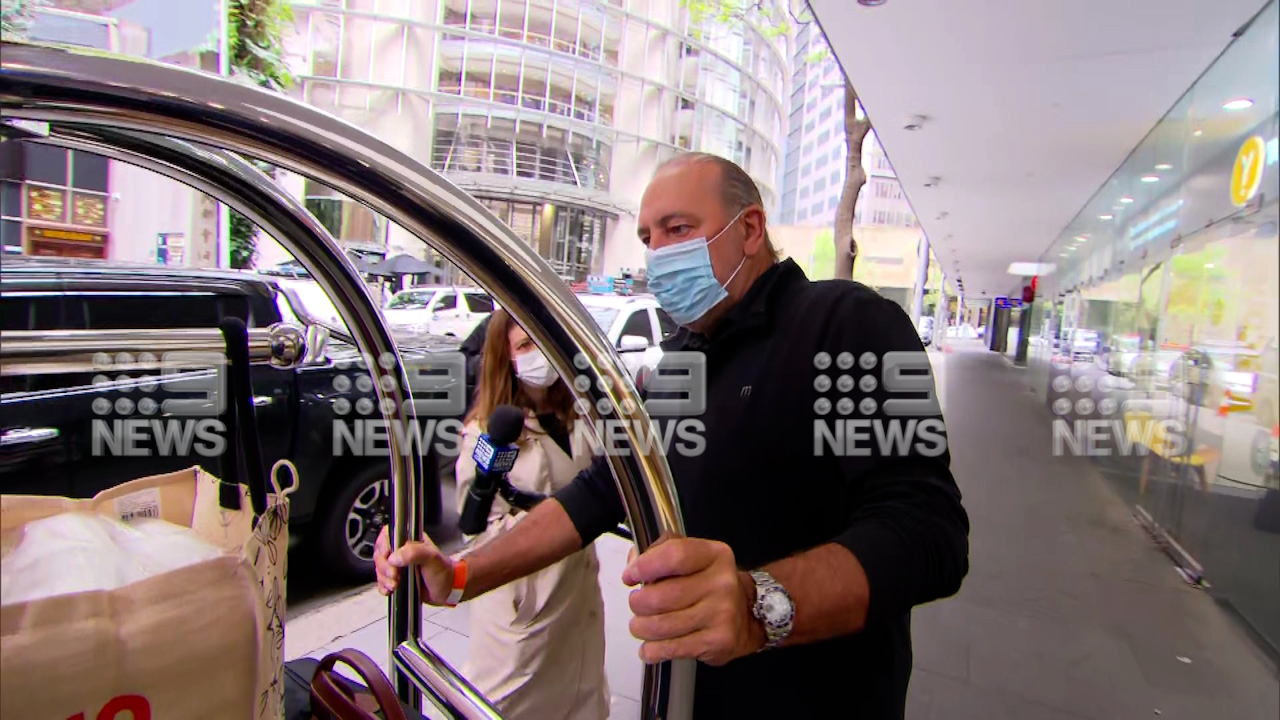 Despite the abuse of nine boys while a preacher, the elder Houston left the church on a full retirement package which he enjoyed until his death in 2004.

His son released a statement in August which said the charge came as a shock given he had been transparent on the issue.

"I vehemently profess my innocence and will defend these charges, and I welcome the opportunity to set the record straight" he said. 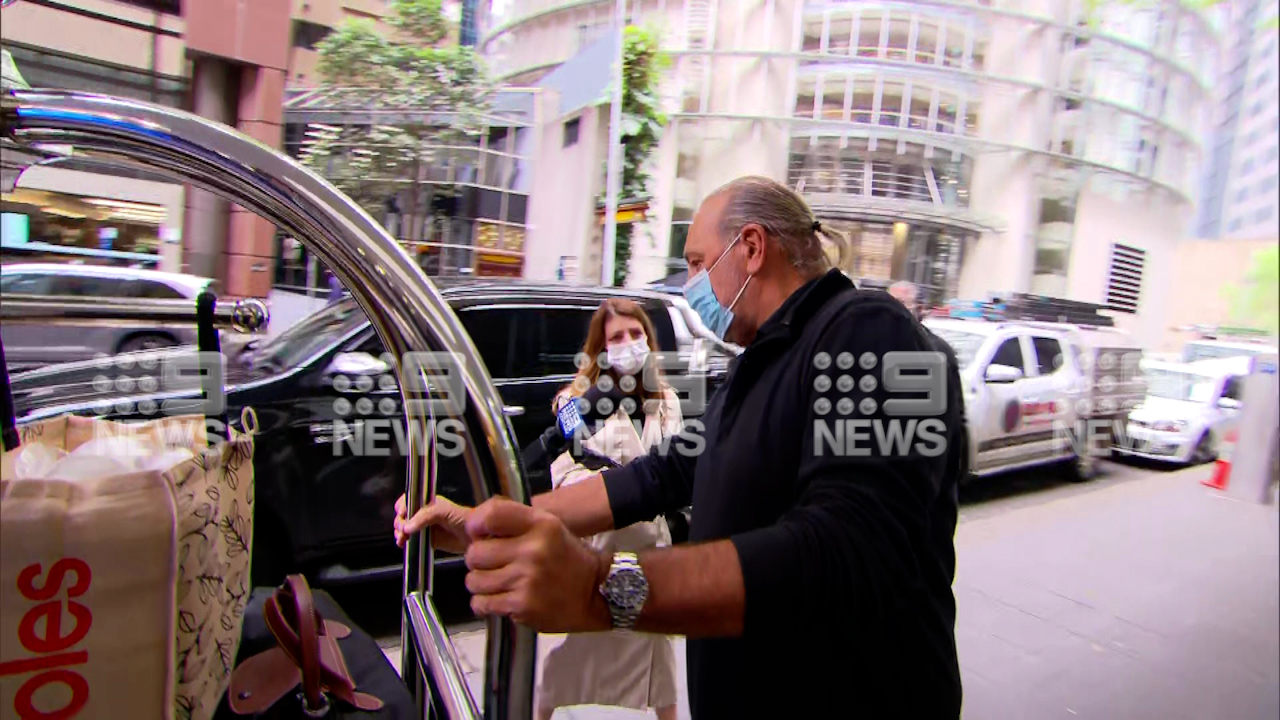 But Mr Houston wouldn't be drawn on it when 9News asked him today if he was back for the court case.

"I live in Australia, thank you," he said.

In a message to followers last weekend Houston said he was "armed for battle", today he also denied that related to the legal fight.

The case will be mentioned in court for the first time next week.