As NSW wakes to its first morning without a premier in the middle of a public health crisis and ongoing lockdown, speculation about the next leader is mounting.

Gladys Berejiklian announced her shock resignation yesterday in response to an investigation by anti-corruption watchdog ICAC.

ICAC will investigate any "position of conflict" between her professional role and her private relationship with Wagga MP Darryl Maguire, then a member of state parliament. 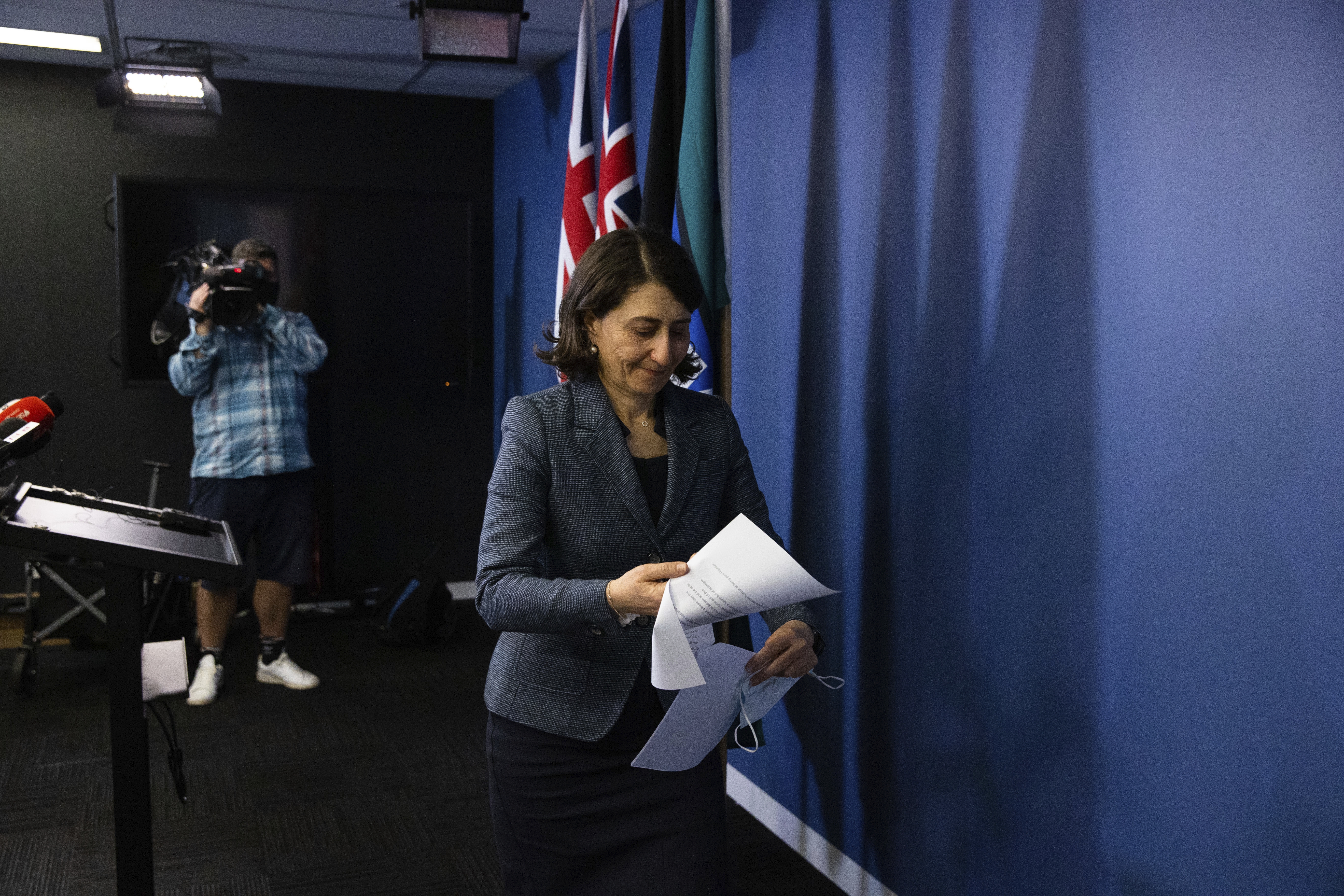 Treasurer Dominic Perrottet and Planning Minister Rob Stokes have now emerged as the frontrunners to take over the top job when the party decides on Tuesday.

When Ms Berejiklian ran unopposed for premier in 2017, the conservative faction of the party said it would support her so long as Mr Perrottet was her deputy.

Mr Perrottet has served as Treasurer since 2017, a senior position for a young man. In spite of his experience, Mr Perrottet is still just 39 years old.

Planning Minister Rob Stokes has also revealed he is planning a tilt at the top job. Part of the moderate faction, he has been described as a key ally of Ms Berejiklian.

Minister for Jobs and Tourism Stuart Ayres is also reportedly angling for the position.

From the moderate faction, Mr Ayres, 40, represents the seat of Penrith in Sydney's west.

Matt Kean, the Minister for Energy and the Environment, and an ally of Ms Berejiklian, may also throw his hat in the ring.

He describes himself as an "outspoken critic on climate denialism", and has championed greater action on climate change.