It's a milestone that by all accounts didn't have to happen this soon.

The US death toll from COVID-19 has eclipsed 700,000 — a number greater than the population of Boston. The last 100,000 deaths occurred during a time when vaccines — which overwhelmingly prevent deaths, hospitalisations and serious illness — were available to any American over the age of 12.

The milestone is deeply frustrating to doctors, public health officials and the American public, who watched a pandemic that had been easing earlier in the summer take a dark turn. Tens of millions of Americans have refused to get vaccinated, allowing the highly contagious Delta variant to tear through the country and send the death toll from 600,000 to 700,000 in 3 1/2 months. Florida suffered by far the most death of any state during that period, with the virus killing about 17,000 residents since the middle of June. Texas was second with 13,000 deaths. The two states account for 15 per cent of the country's population, but more than 30 per cent of the nation's deaths since the nation crossed the 600,000 threshold.

Dr David Dowdy, an infectious disease epidemiologist at Johns Hopkins Bloomberg School of Public Health who has analysed publicly reported state data, said it's safe to say at least 70,000 of the last 100,000 deaths were in unvaccinated people. And of those vaccinated people who died with breakthrough infections, most caught the virus from an unvaccinated person, he said.

"If we had been more effective in our vaccination, then I think it's fair to say, we could have prevented 90 per cent of those deaths," since mid-June, Dowdy said.

"It's not just a number on a screen," Dowdy said. "It's tens of thousands of these tragic stories of people whose families have lost someone who means the world to them."

Danny Baker is one of them.

The 28-year-old seed hauler from Riley, Kansas, contracted COVID-19 over the summer, spent more than a month in the hospital and died September 14. He left behind a wife and a 7-month-old baby girl. 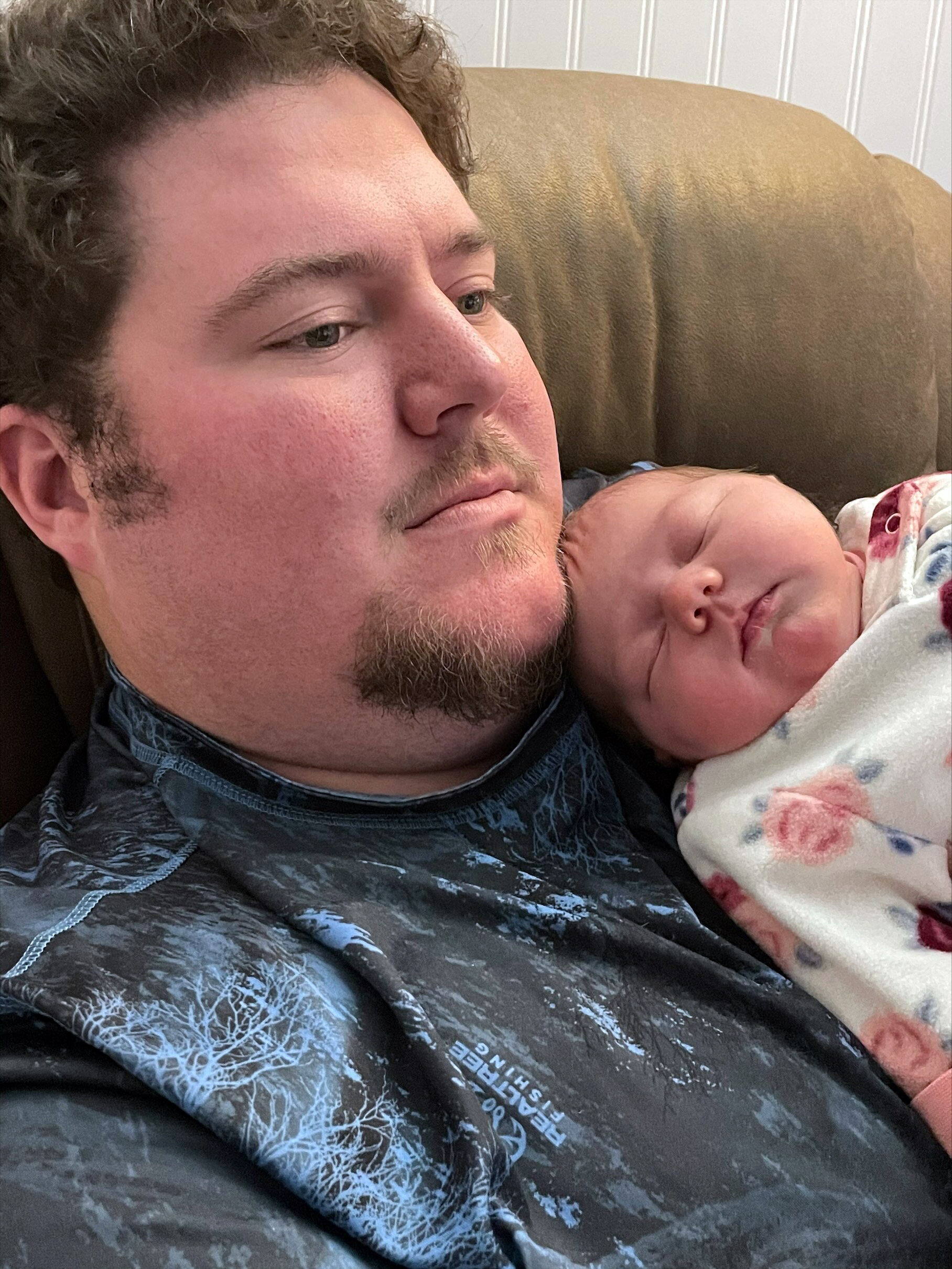 "This thing has taken a grown man, 28-year-old young man, 6'2", 300-pound man, and took him down like it was nothing," said his father, 56-year-old JD Baker, of Milford, Kansas. "And so if young people think that they're still … protected because of their youth and their strength, it's not there anymore."

In the early days of the pandemic, Danny Baker, who was a championship trap shooter in high school and loved hunting and fishing, insisted he would be first in line for a vaccine, recalled his mother.

But just as vaccinations opened up to his age group, the US recommended a pause in use of the Johnson & Johnson vaccine to investigate reports of rare but potentially dangerous blood clots. The news frightened him, as did information swirling online that the vaccine could harm fertility, though medical experts say there's no biological reason the shots would affect fertility.

His wife also was breastfeeding, so they decided to wait. Health experts now say breastfeeding mothers should get the vaccine for their own protection and that it may even provide some protection for their babies through antibodies passed along in breastmilk.

"There's just a lot of miscommunication about the vaccine," said his wife, 27-year-old Aubrea Baker, a labor and delivery nurse, adding that her husband's death inspired a Facebook page and at least 100 people to get vaccinated. "It's not that we weren't going to get it. We just hadn't gotten it yet." 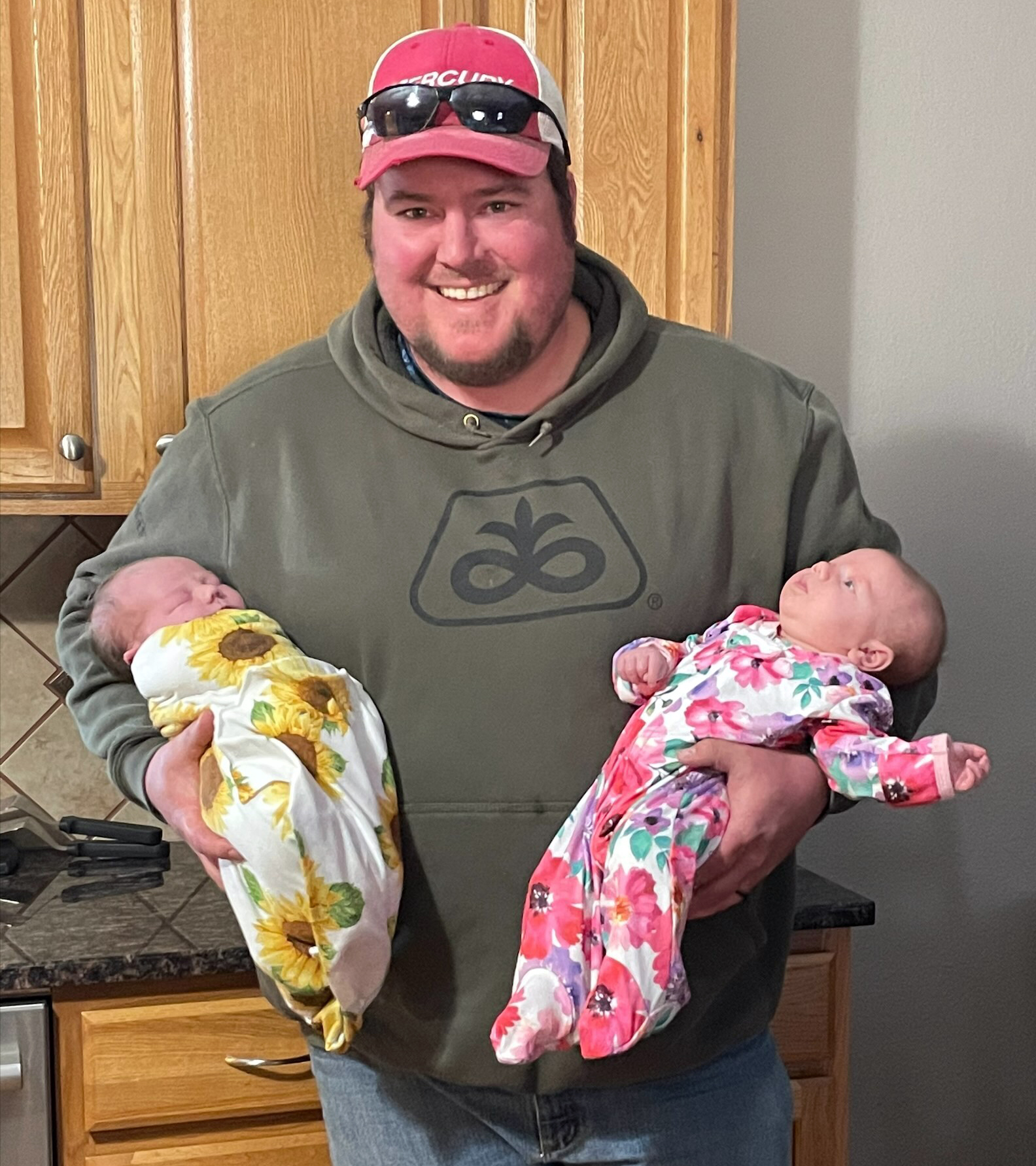 When deaths surpassed 600,000 in mid-June, vaccinations already were driving down caseloads, restrictions were being lifted and people looked forward to life returning to normal over the summer. Deaths per day in the US had plummeted to an average of around 340, from a high of over 3000 in mid-January. Soon afterward, health officials declared it a pandemic of the unvaccinated.

But as the Delta variant swept the country, caseloads and deaths soared — especially among the unvaccinated and younger people, with hospitals around the country reporting dramatic increases in admissions and deaths among people under 65. They also reported breakthrough infections and deaths, though at far lower rates, prompting efforts to provide booster shots to vulnerable Americans.

Now, daily deaths are averaging about 1900 a day. Cases have started to fall from their highs in September but there is fear that the situation could worsen in the winter months when colder weather drives people inside.

Almost 65 per cent of Americans have had at least one dose of vaccine, while about 56 per cent are fully vaccinated, according to the Centres for Disease Control and Prevention. 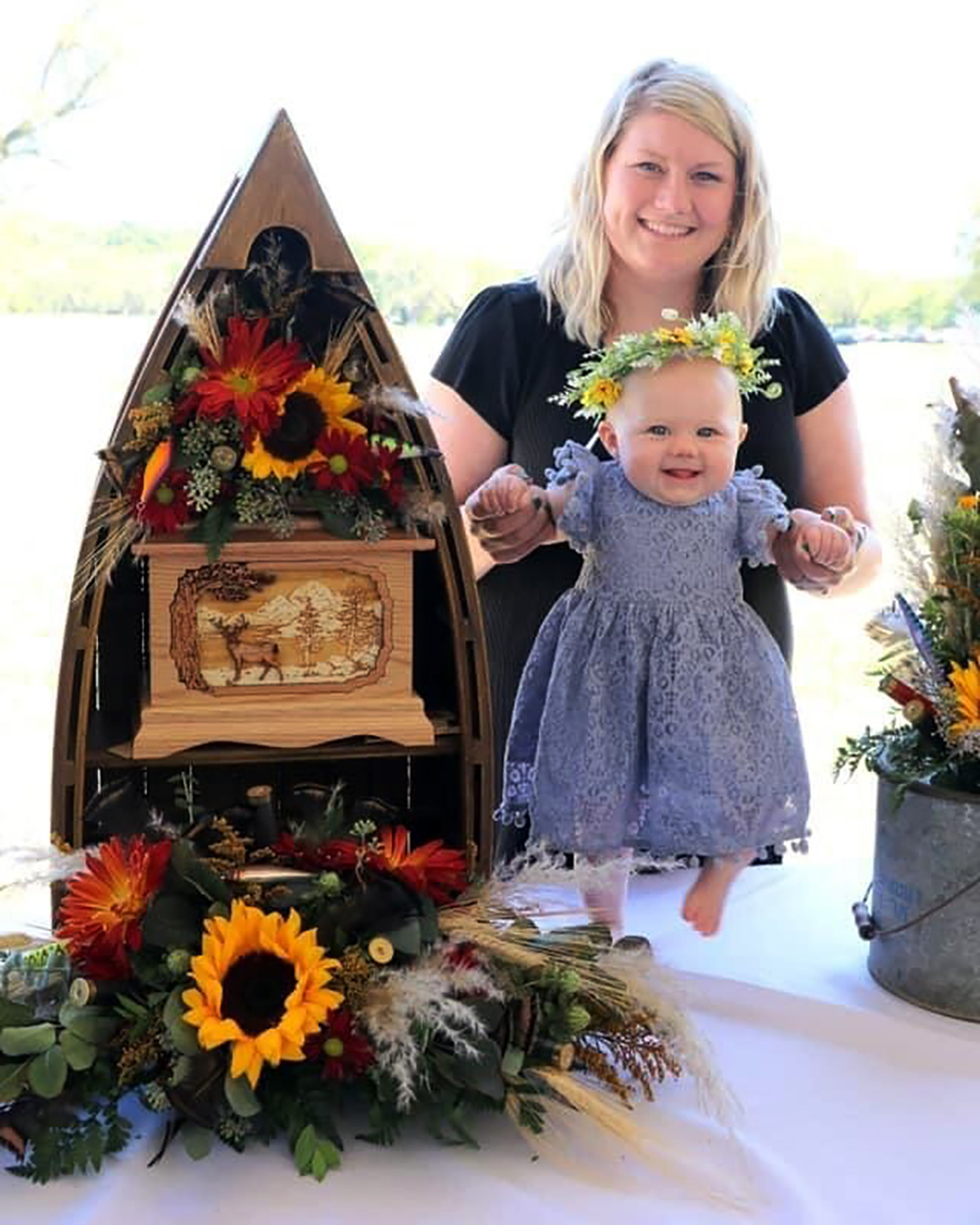 But millions are either refusing or still on the fence because of fear, misinformation and political beliefs. Health care workers report being threatened by patients and community members who don't believe COVID-19 is real.

The US reached 500,000 deaths in mid-February, when the country was still in the midst of the winter surge and vaccines were only available to a limited number of people. The death toll stood about 570,000 in April when every adult American became eligible for shots.

"I remember when we broke that 100,000-death mark, people just shook their heads and said 'Oh, my god,'" said Dr Georges Benjamin, executive director of the American Public Health Association. "Then we said, 'Are we going to get to 200,000?' Then we kept looking at 100,000-death marks," and finally surpassed the estimated 675,000 American deaths from the 1918-19 flu pandemic.

"And we're not done yet," Benjamin said. 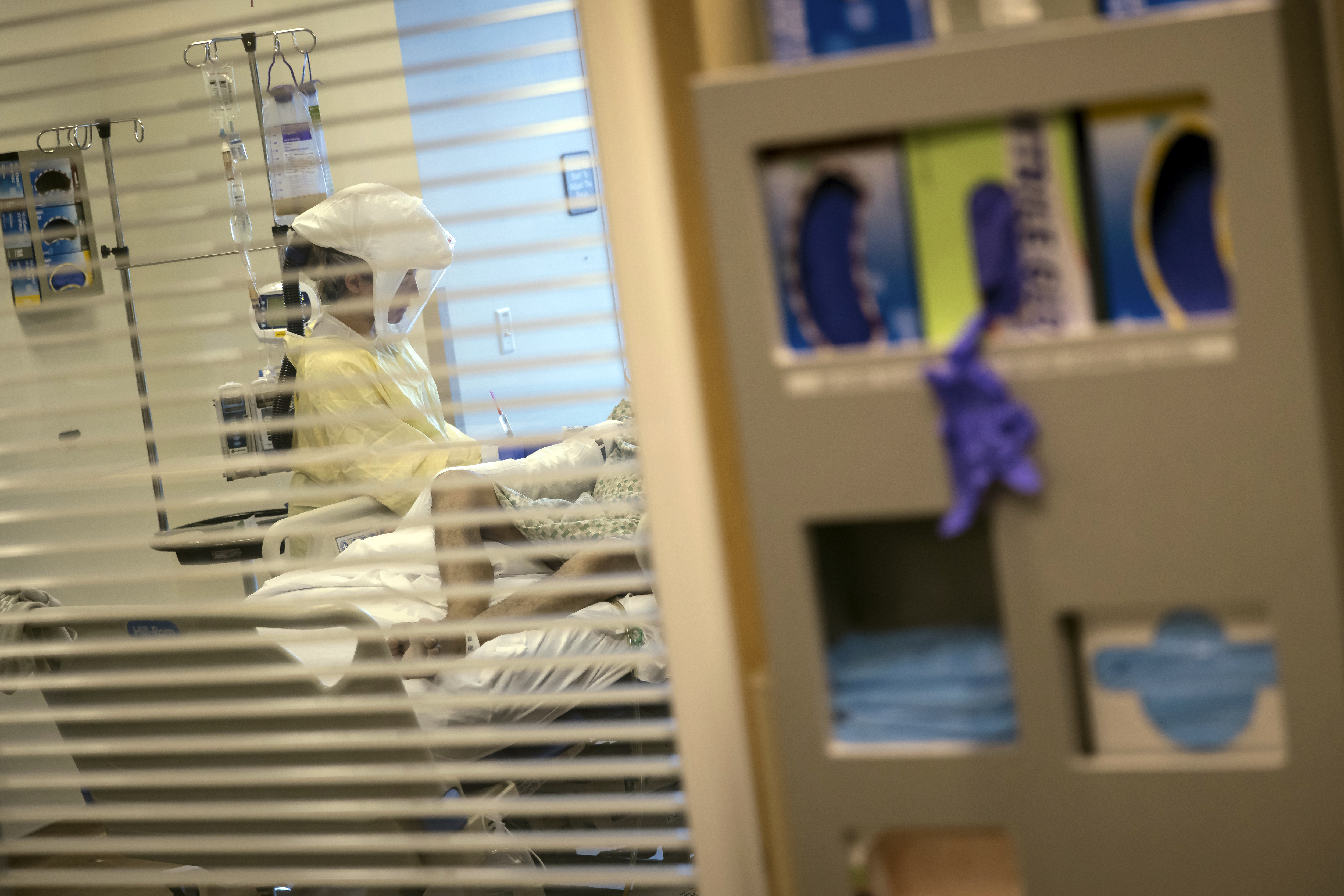 The deaths during the Delta surge have been unrelenting in hotspots in the South. Almost 79 people out of every 100,000 people in Florida have died of COVID since mid-June, the highest rate in the nation.

Amanda Alexander, a COVID-19 ICU nurse at Georgia's Augusta University Medical Centre, said Thursday that she'd had a patient die on each of her previous three shifts.

"I've watched a 20-year-old die. I've watched 30-year-olds, 40-year-olds," with no pre-existing conditions that would have put them at greater risk, she said. "Ninety-nine percent of our patients are unvaccinated. And it's just so frustrating because the facts just don't lie and we're seeing it every day."