The suspect in the 2018 killing of 17 people at a Florida high school is going on trial, but not for the slayings.

Mr Cruz, a former Stoneman Douglas student, brawled with Sargent Raymond Beltran after being jailed on charges of killing 14 students and three staff members and wounding 17 others. 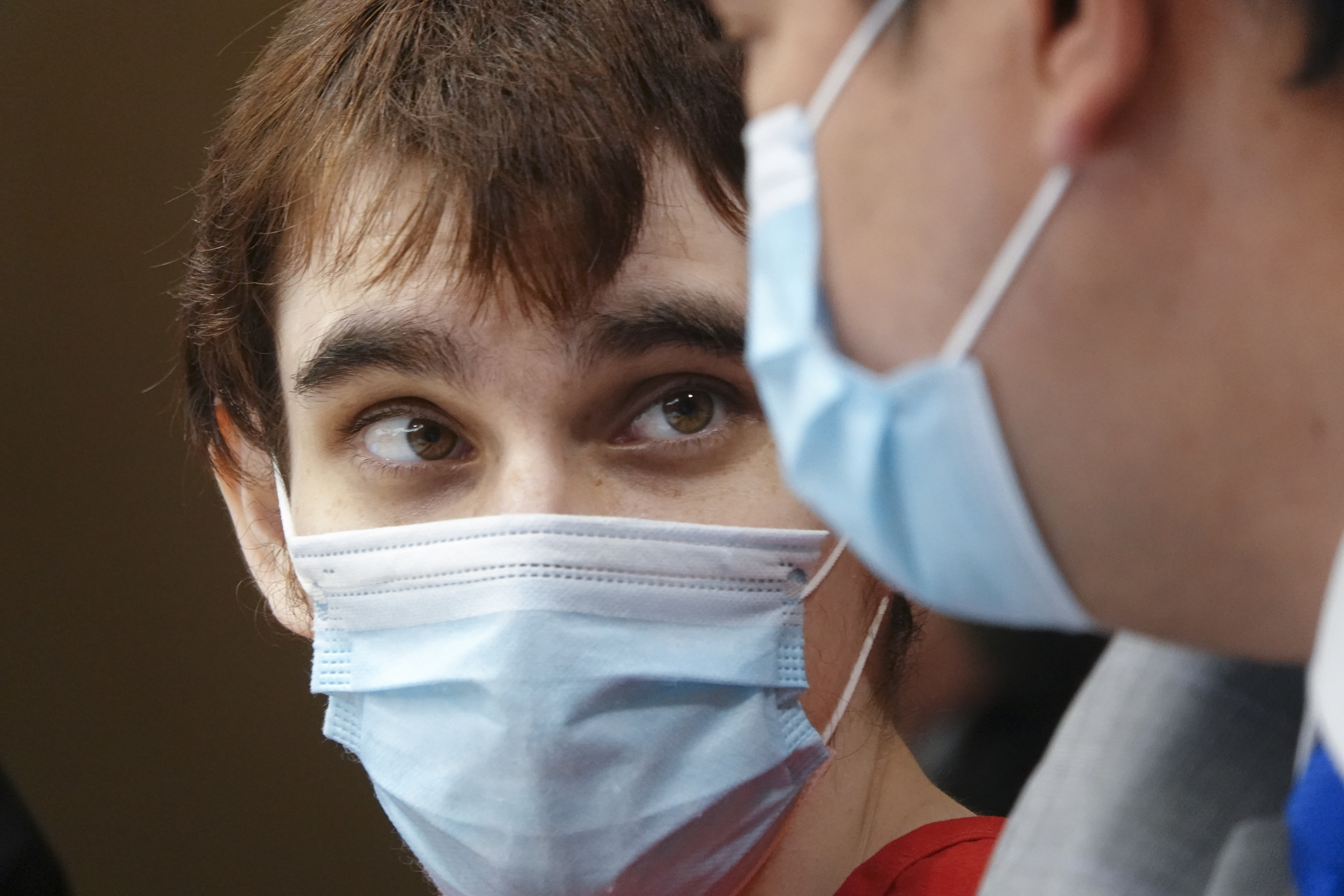 No date has been set for the murder trial, which has been delayed by the pandemic and arguments over witnesses and evidence.

It may start in the next few months.

“The accused murderer who took our children's lives is clearly violent and took that out on a guard. He needs to face the justice system for that,” said Tony Montalto, president of Stand With Parkland, a group comprised of victims’ families.

His 14-year-old daughter, Gina, died in the shooting. 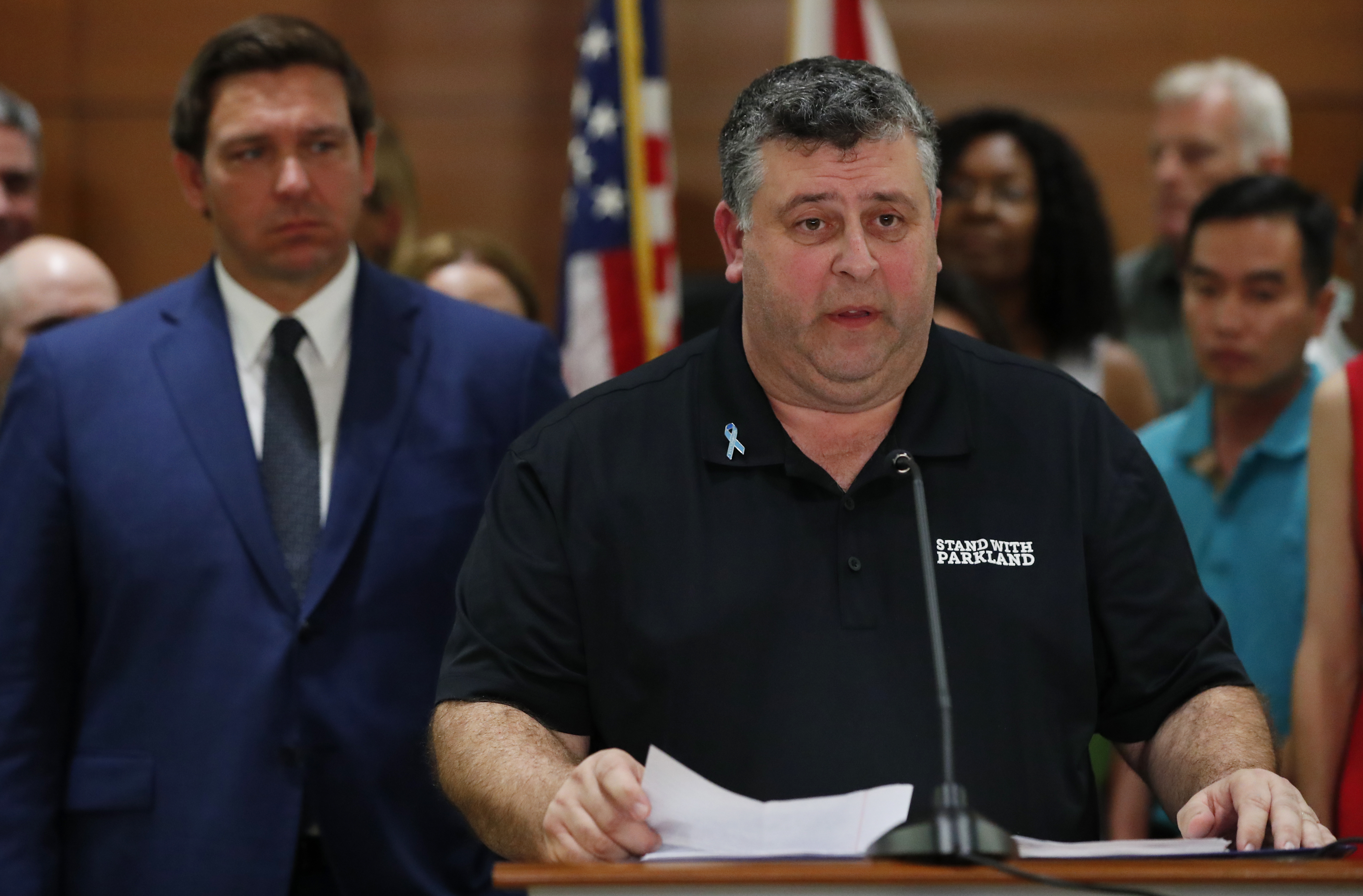 READ MORE: Melbourne is now the most locked-down city in the world

Mr Cruz will get either death or life in prison without parole if he is later found guilty of first-degree murder, but this trial still has relevance.

If Mr Cruz is convicted of attacking Mr Beltran, prosecutors can argue that is an aggravating factor when they seek his execution during the penalty phase of his murder trial if convicted. 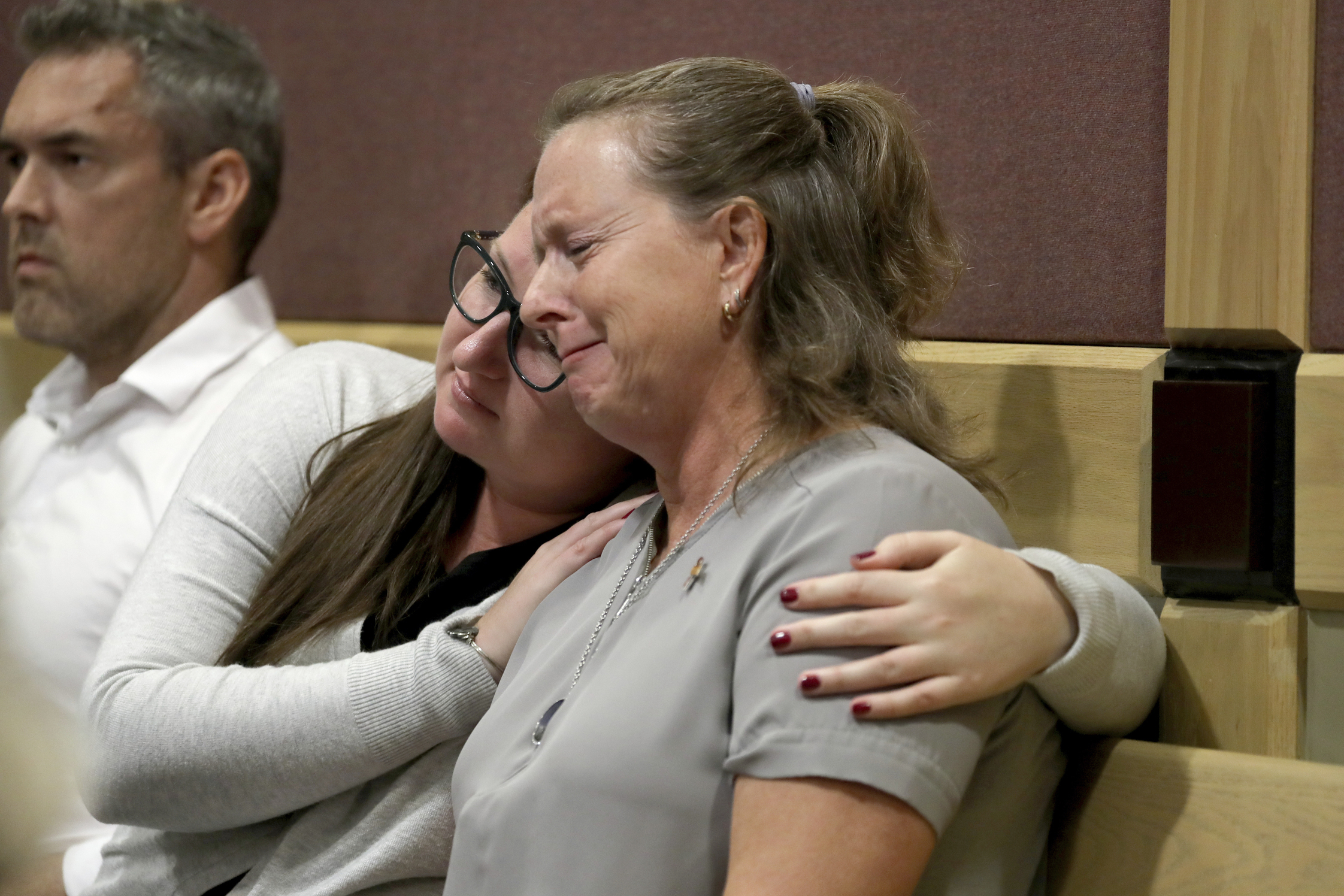 “If that is entered as an aggravating factor, it will be hard for that not to be in the back of the jury's mind," said Mark Dobson, a professor at Nova Southeastern University's law school and a former Florida prosecutor.

Prosecutors declined significant comment, only saying in a statement that "the jail video and evidence in the case speak for themselves.” 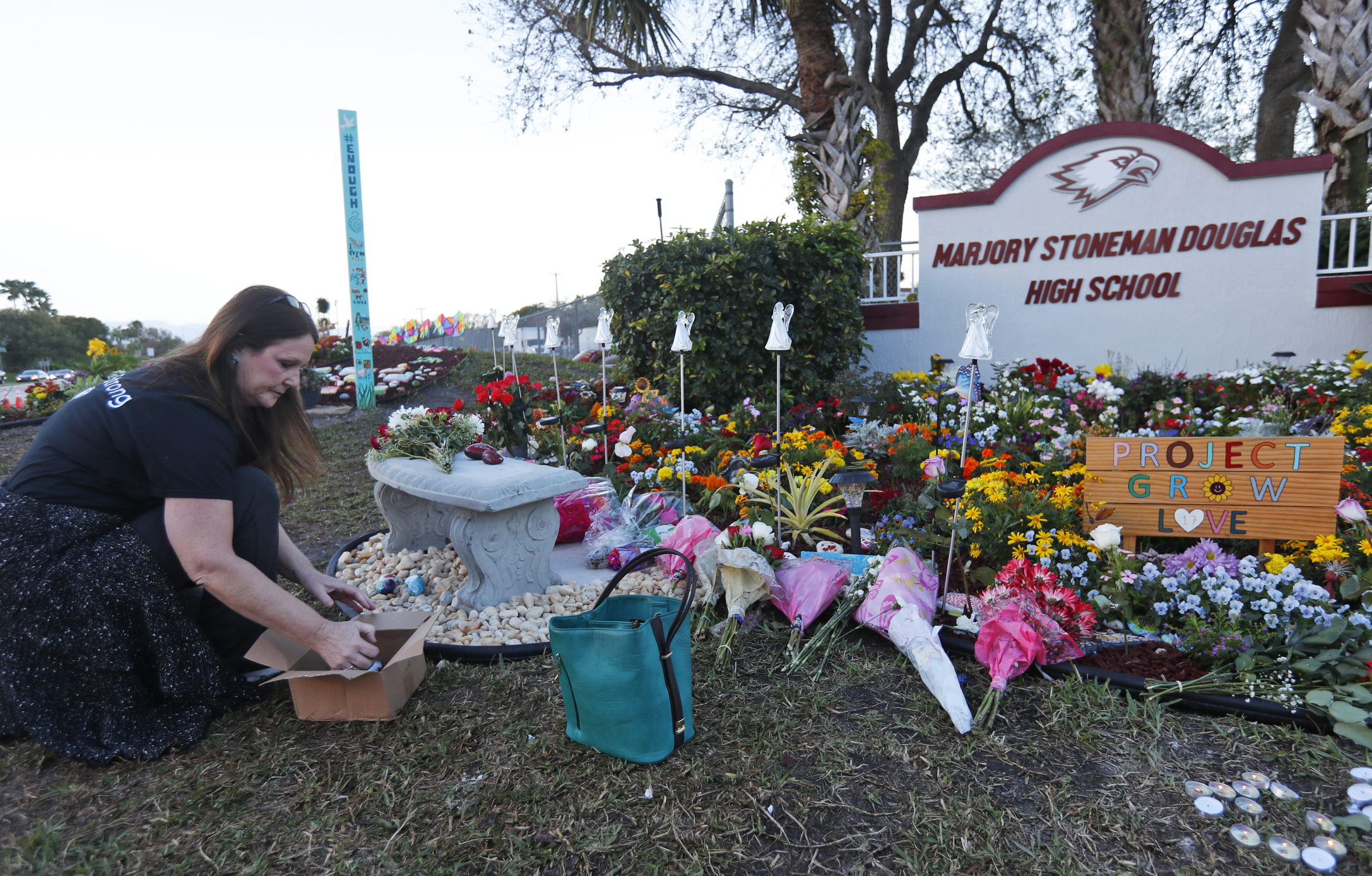 Mr Cruz's attorneys are expected to argue that Mr Beltran mistreated him previously and provoked the November 13, 2018, brawl, which occurred inside a Broward County jail recreation area and was captured on a soundless security video.

According to court records, Mr Cruz's lead attorney, Melisa McNeill, had complained six weeks before the fight to the Broward Sheriff's Office about Mr Beltran's treatment of Mr Cruz.

No details of the alleged mistreatment have been released, but his attorneys said at a recent court hearing that Mr Beltran is the only guard they have ever complained about.

Mr Cruz’s attorneys say the sheriff’s office erased video of the three hours Mr Cruz and Mr Beltran spent together before the fight, even though they asked within a day that it be preserved and were told it would be. 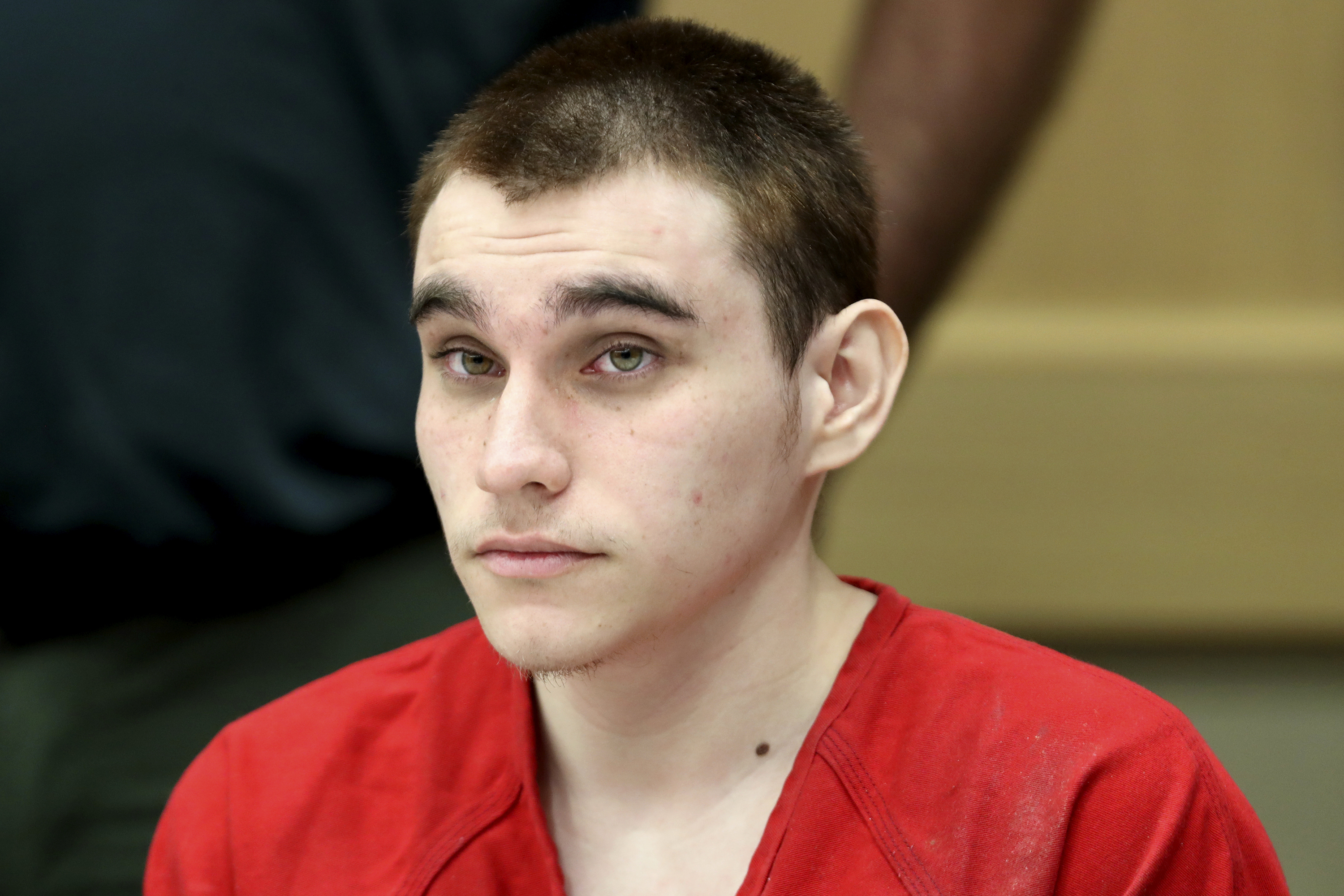 The preserved video begins a couple minutes before the brawl.

It shows Mr Cruz walking alone in circles with his head down around tables with attached benches.

He is dressed in an orange jail jumpsuit, a white long-sleeve undershirt and sandals. Mr Beltran is sitting at a table in the corner.

Mr Beltran told investigators he asked Mr Cruz not to drag his feet and damage his sandals. READ MORE: Hiker claims he spoke with Gabby Petito's missing partner in US

Mr Cruz flips both middle fingers at Mr Beltran and then charges the guard, who stands up to defend himself.

Mr Cruz, who weighs about 60 kilograms, throws the larger Mr Beltran to the ground, before the guard is able to flip him and briefly pin him.

Mr Cruz grabs Mr Beltran's stun gun and they fight over it as it goes off, apparently jolting neither, before the guard wrests it away.

Mr Cruz punches Mr Beltran in the shoulder before the guard hits Mr Cruz in the head, staggering him.

Mr Beltran then rearms his stun gun and points it at Mr Cruz, who had sat on a bench. Mr Cruz lies face down on the ground and is handcuffed. The fight lasted almost exactly a minute. Neither was seriously hurt.

Because of Mr Cruz's infamy in South Florida, jury selection is scheduled to last three days. In a typical jail battery trial with a defendant the public doesn't know, it would likely take a few hours.

The court plans to screen 400 people to seat six jurors plus alternates. The typical pool for jail battery trials and similar felonies is 22, according to The Florida Bar.

Mr Cruz's attorneys will want to eliminate any candidates who can't separate their knowledge of the Stoneman Douglas massacre from the only considerations jurors are supposed to make during this trial: Did Mr Cruz attack Mr Beltran and, if so, was he provoked? 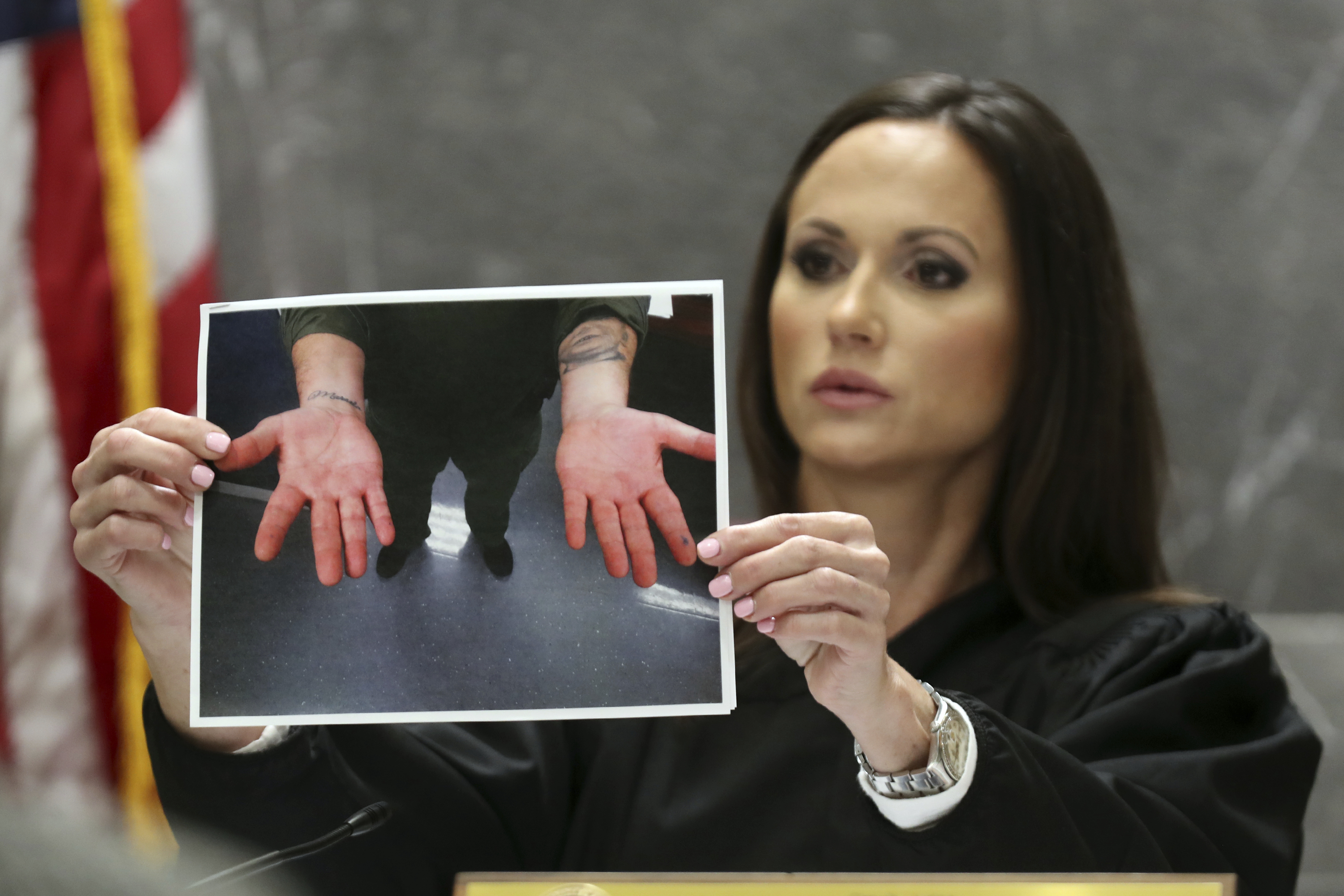 Testimony about the killings will not be permitted as that is irrelevant to the assault charge and would be prejudicial.

Once the jury is selected, the rest of the trial is only expected to last one to three days.

The murder trial is expected to last months. Circuit Judge Elizabeth Scherer has been holding frequent hearings in recent weeks to consider issues that must be resolved before it begins.

"The wheels of justice grind slowly and that is especially true with our group of families," Mr Montalto said.

Mr Cruz's attorneys have said he would plead guilty to 17 murders in exchange for a life sentence.

Prosecutors have declined the offer, saying this is a case that deserves a death sentence.