The sister of Brian Laundrie has doubled down on her assertion she has no idea where he is, as authorities search for him after the death of his fiancée Gabby Petito.

"No, I do not know where Brian is. … I'd turn him in," Cassie Laundrie said in an exclusive interview with ABC's "Good Morning America" which aired Tuesday.

Cassie Laundrie said if she could talk to her brother, she would tell him to come forward. 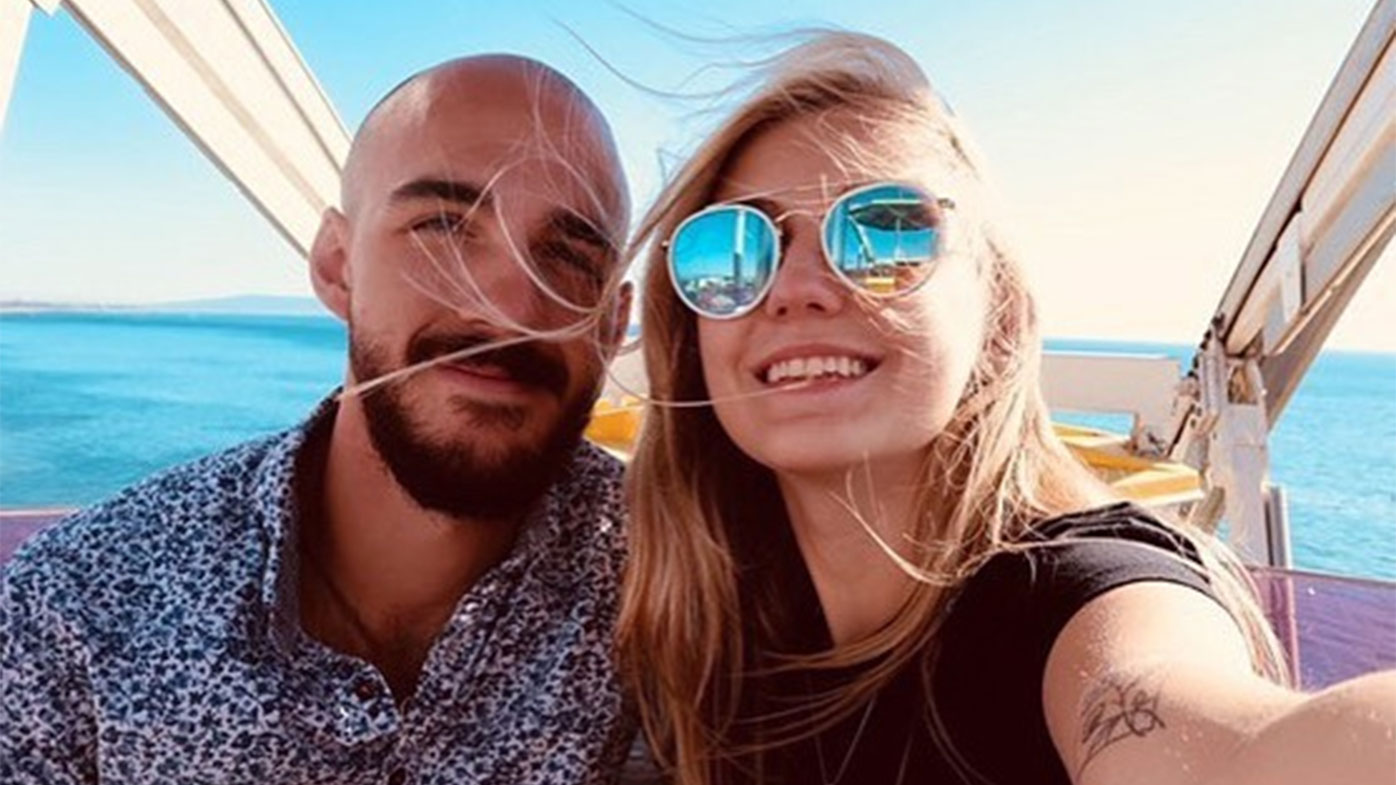 "I worry about him. I hope he's okay, and then I am angry and don't know what to think. … I would tell my brother to just come forward and get us out of this horrible mess," she said.

Ms Petito was found dead September 19 in a national forest in Wyoming, 18 days after authorities say Mr Laundrie returned to his parents' Florida home without her following a cross-country trip the pair took this summer.

Though authorities have not explicitly connected Mr Laundrie to Ms Petito's death, they are looking for him, in part over a federal arrest warrant accusing him of illegally using another person's debit card.

A coroner made an initial ruling last month that Ms Petito's death was a homicide.

Sister says she last saw her brother on camping trip 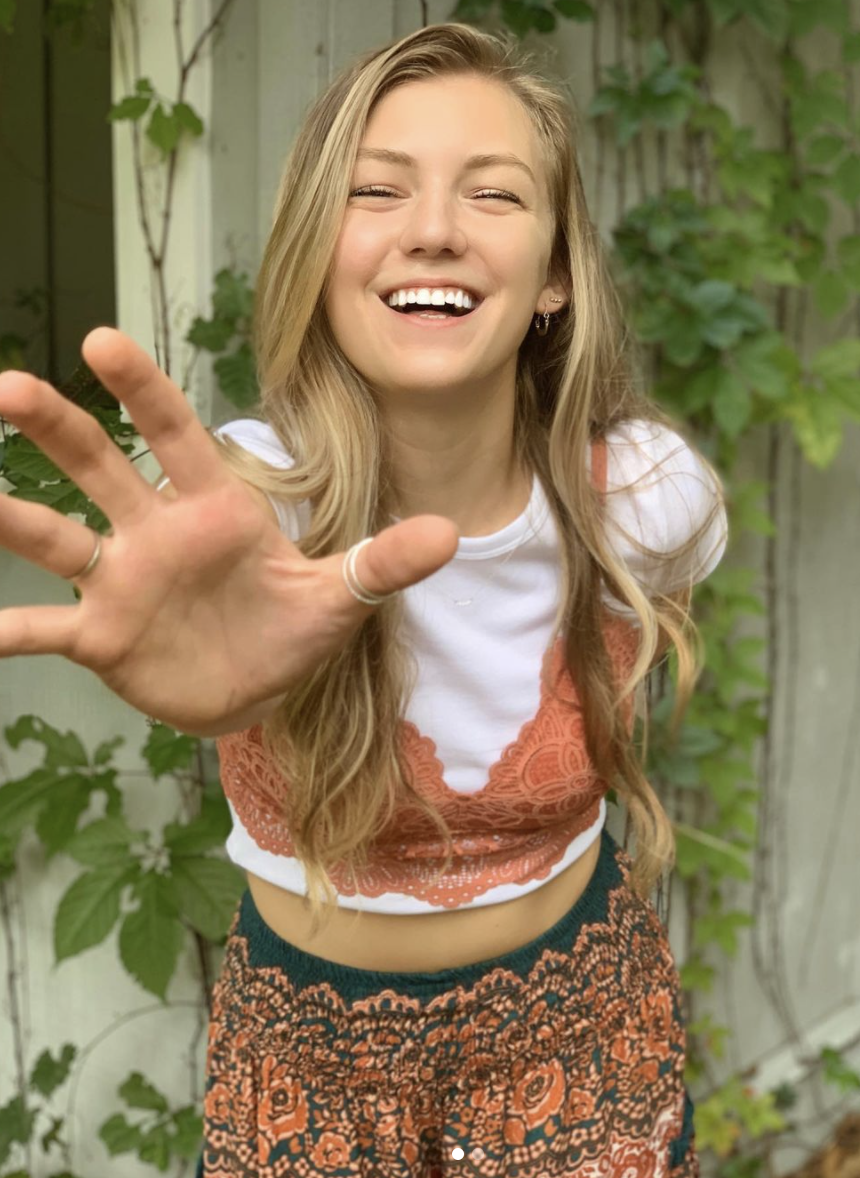 Cassie Laundrie said the last time she saw her brother was during a family camping trip at Florida's Fort De Soto Park in early September – days before Ms Petito's family reported her missing.

The trip happened September 6-8, and the site is about 125 kilometres from where Mr Laundrie's parents live, county officials have said.

Cassie Laundrie told ABC she last saw and spoke to him September 6.

"We just went for a couple of hours and we ate dinner and had s'mores around the campfire and left.

There was nothing peculiar about it. There was no feeling of grand goodbye. There was no nothing," Cassie said of her last encounter with her brother, later adding she was "frustrated" she didn't pick up on anything.

She shared photos of her brother with her five-year-old son, she says were taken that day.

"It was just a regular visit," she told ABC.

Mr Laundrie's parents told investigators they last saw him leaving their North Port, Florida, home on September 14 with a backpack, and told them he said he was going to the nearby 25,000-acre Carlton Reserve, according to police. 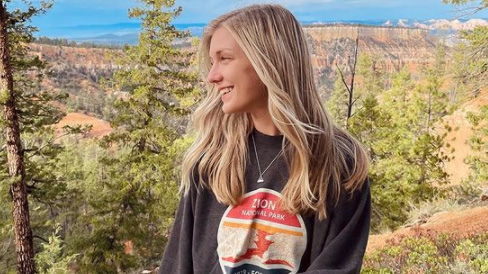 Police reported they were given that information September 17, three days after he allegedly left.

Investigators have since spent days searching for Mr Laundrie at the Carlton Reserve outside Venice, Florida.

The day Cassie Laundrie learned of her brother's disappearance, she informed authorities of the September 6 camping trip, she told ABC.

"It was not hidden from law enforcement. … I've been cooperating with the police since day one. I have been in touch with law enforcement," she said.

She said she has also tried to get in touch with her brother, but the "phone went to voicemail." 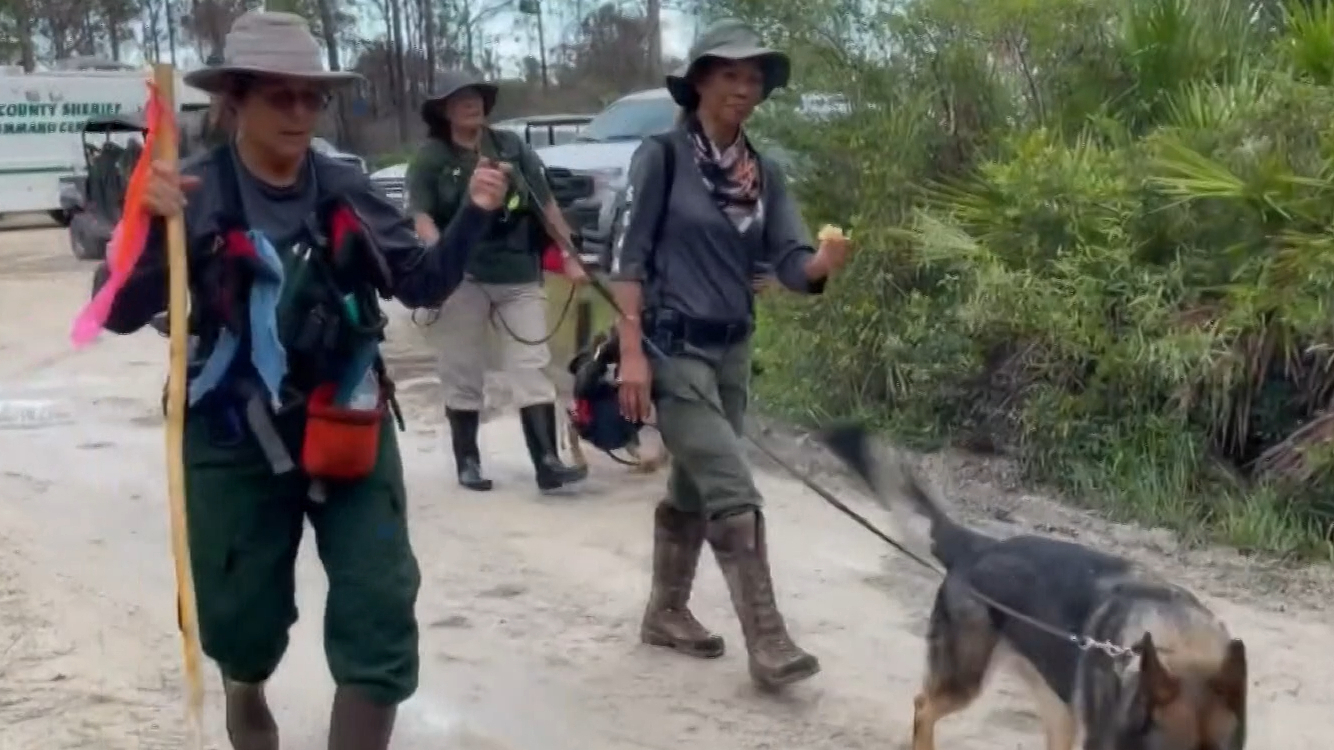 In late September, Mr Laundrie's parents released a statement through their lawyer saying "Chris and Roberta Laundrie do not know where Brian is," and were "concerned about Brian and hope the FBI can locate him."

"The speculation by the public and some in the press that the parents assisted Brian in leaving the family home or in avoiding arrest on a warrant that was issued after Brian had already been missing for several days is just wrong," the statement, obtained by multiple media outlets, continued.

Amid the public speculation, Cassie Laundrie told ABC she doesn't know what role, if any, her parents may have played in her brother's disappearance.

"I don't know if my parents are involved," she said during a series of short clips in the ABC interview. 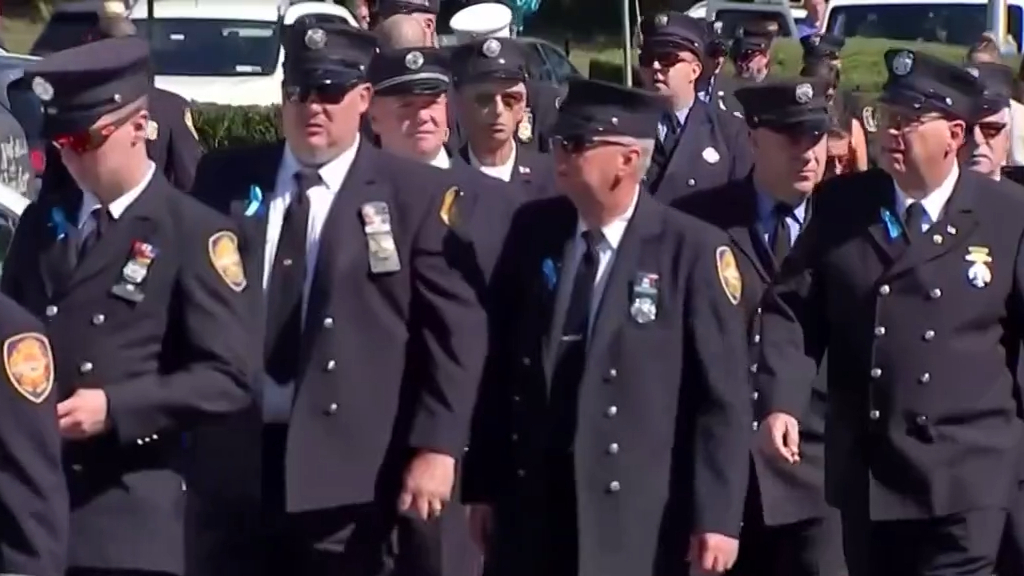 When asked for a response to the ABC interview on Tuesday, attorney Steven Bertolino, who represents Brian, Chris and Roberta Laundrie, told CNN "I believe Cassie."

Bertolino declined to comment on Cassie Laundrie's statement that she doesn't know whether her parents are involved. Bertolino also said "no comment" when asked if Cassie has been in contact or spoken to her parents.

Ms Petito, 22, and Mr Laundrie, 23, spent their summer traveling in a white van through the American West while she posted about their adventures across social media.

The posts abruptly stopped in late August, and Mr Laundrie returned to his parents' home in North Port, Florida, with the van but without his fiancée September 1, according to police.

One of Ms Petito's last reported sightings alive was on August 27, when she and Mr Laundrie were seen leaving a restaurant in Jackson, Wyoming.

Before that, on August 12, a witness called police to say the pair were in an altercation in Utah.

A caller told a 911 dispatcher "the gentleman was slapping the girl" and he "hit her" before the pair drove off.

READ MORE: What we know about Gabby Petito's final days 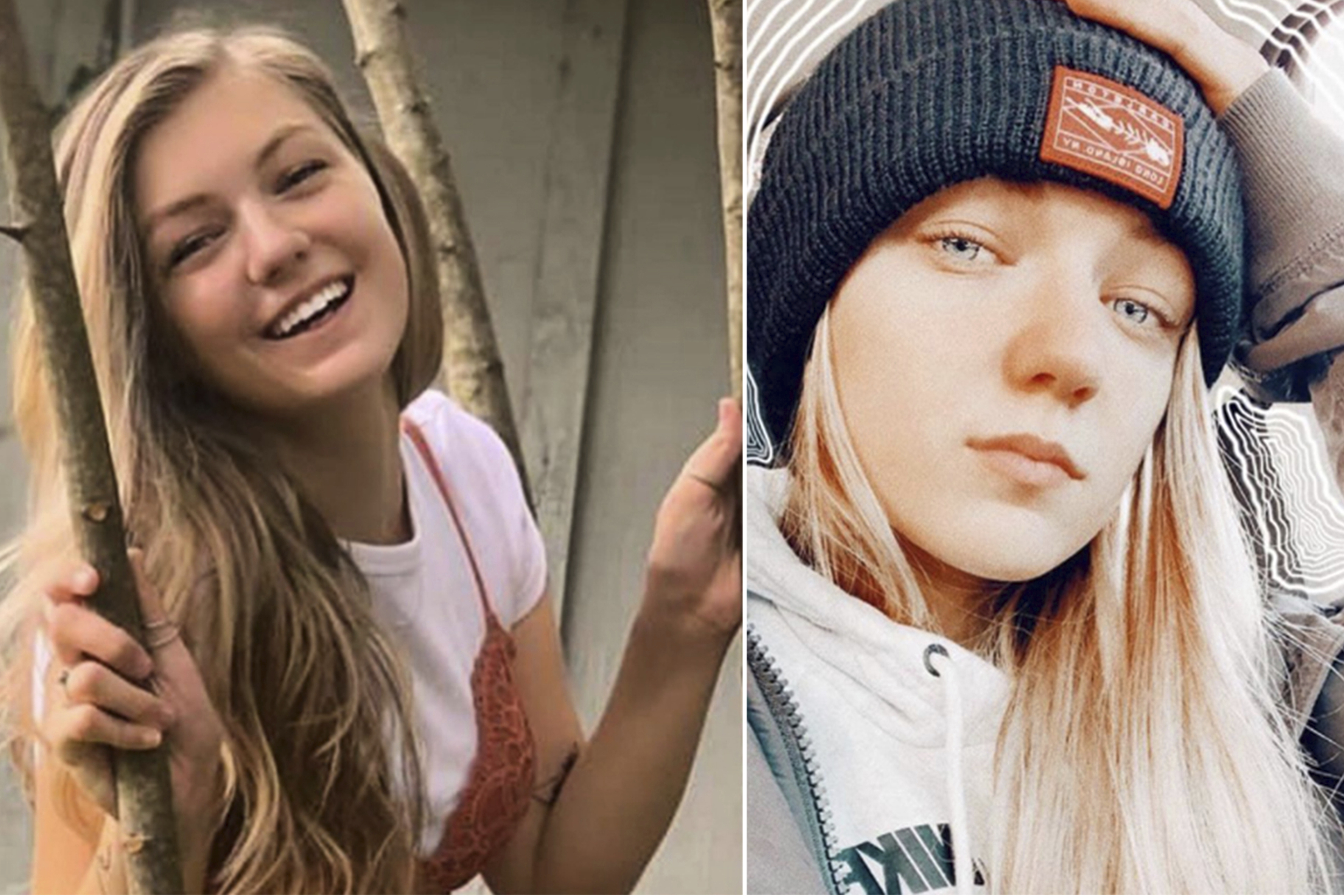 Police in Moab, Utah, pulled the pair over. Several body camera videos from officers who responded show exchanges between police and Ms Petito, including her telling officers while Mr Laundrie had hit her, she hit him first.

In the interview aired Tuesday, Cassie Laundrie told ABC she never saw any signs of domestic violence between her brother and Ms Petito.

She said the body camera videos of officers' encounter with the pair were painful to watch.

"It's definitely painful to see everybody just be upset," Cassie Laundrie said.

"It was pretty typical of them to argue and try and take space from each other, but people saying they saw public domestic violence, I've never seen anything like that from either of them."

No charges were filed in the August 12 incident, and at officers' suggestion, the couple separated for the night, with Brian Laundrie staying at a hotel and Ms Petito taking the van.

After that incident, Brian Laundrie flew from Utah to Tampa, Florida, on August 17 to "obtain some items" and empty a storage unit to save money "as they contemplated extending the road trip," Bertolino, the attorney for Mr Laundrie's parents, said.

Sister says she wishes Laundrie had come to her first

In the interview, Cassie Laundrie said she wishes her brother had come to her first when he returned to Florida on September 1.

"I really wish he'd come to me first that day with the van, because I don't think we would be here," she told ABC.

She told ABC her brother had previously taken trips for up to five days on the Appalachian Trail.

"I'd say Brian is a mediocre survivalist. It wouldn't surprise me if he could last out there a very long time. But also, I don't think anything would surprise me at this point," she told ABC.

"If the FBI finds him in Timbuktu, I'd be like, 'Alright, well, that's where he was.' I've got nothing."

"I hope my brother is alive, because I want answers just as much as everybody else," she told ABC.