Federal Labor MP Anthony Byrne has announced he will resign from the Parliamentary Joint Committee on Intelligence and Security in the wake of his evidence at the Victorian IBAC hearing.

The Member for Holt told the IBAC hearing earlier this week he was aware of the practice of branch-stacking taking place.

Mr Byrne said he would not making further comment while proceedings are underway. 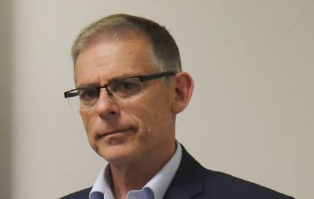 "I have today offered my resignation as Deputy Chair and Committee member of the Parliamentary Joint Committee on Intelligence and Security (PJCIS) to Anthony Albanese, the Leader of the Australian Labor Party. Mr Albanese has accepted my resignation from the Committee," Mr Byrne said in a statement this afternoon.

"I will be resigning from the PJCIS today.

"The work of the PJCIS is crucial to Australia's national security and its integrity should never be questioned.

"I have always put the work of this bipartisan Committee first and have always served in its best interests."

Mr Byrne blew the whistle on branch-stacking in the Labor Party in Victoria after he was called to give evidence at the IBAC hearing.

"If people joined a branch, depending on how they joined, monies could then be sort of provided after those members joined," he said on Monday.

"There would be, people would be joined, there would be some monies that would be provided by some source to fund those memberships."

He said he would recommend Senator Jenny McAllister be promoted to the deputy chair of the PJCIS and MP Peter Khalil be appointed a committee member.

"These two members of parliament will continue Labor's tradition of strongly supporting the work of this Committee and the role it plays in our democracy."