An alligator named Kanye at the Australian Reptile Park has been placed in isolation after displaying hostile behaviour as the weather got warmer.

Head of Reptiles at the park, Daniel Rumsey said Kanye is one of the biggest American alligators they have.

Mr Rumsey said the over 400 kilogram alligator had been charging keepers and was aggressive towards the other 54 alligators. 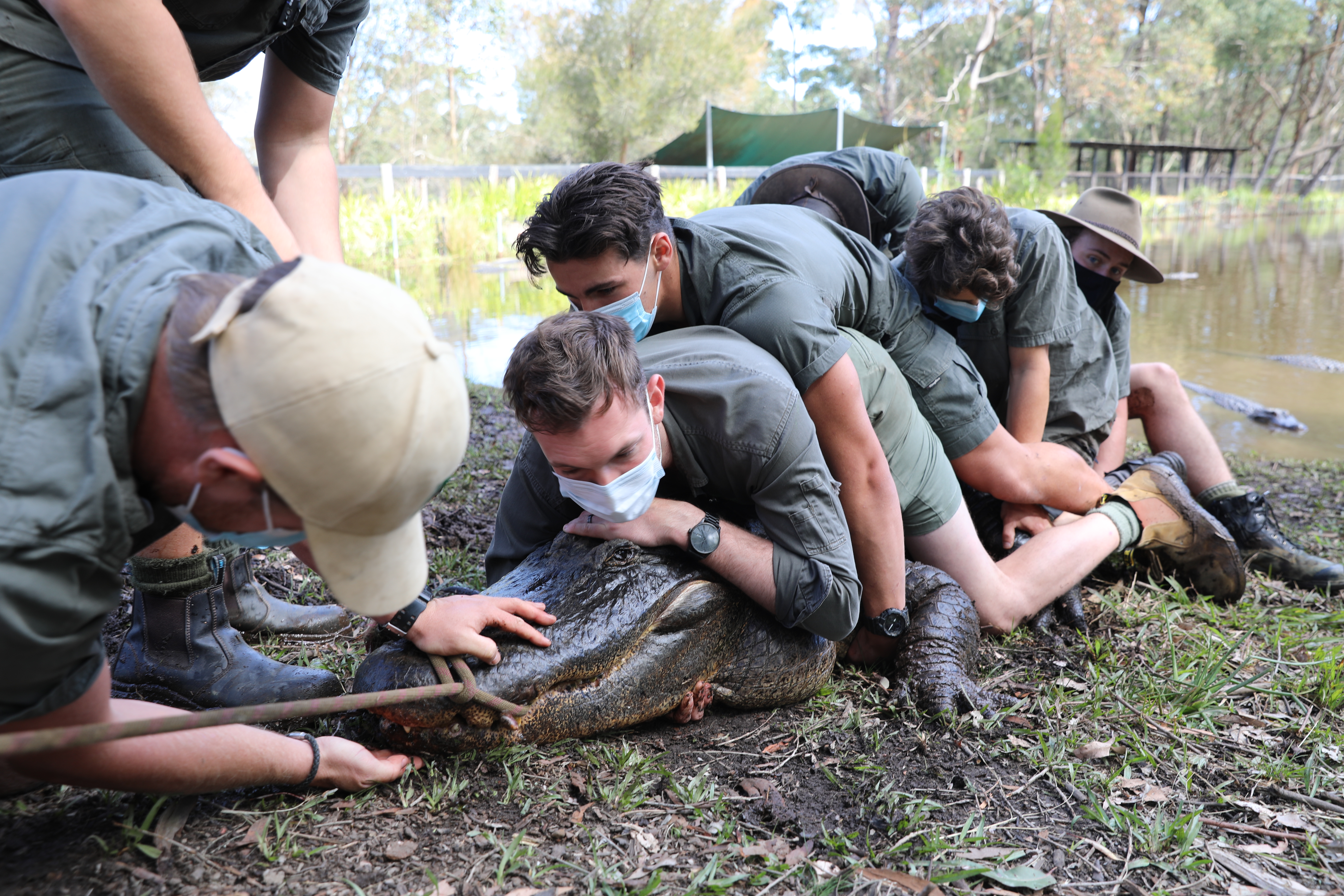 Australian Reptile Park Director Tim Faulkner said the lagoon where the alligators were kept was normally quiet with no serious altercations between the alligators.

"Kanye has come out of hibernation explosive, therefore, a danger to himself, to the other alligators and staff."

"Kanye has made the other alligators very tense.

"He's a young bloke, full of testosterone and he's raising havoc right now, so the best thing to do is to send him to the naughty corner for some quiet time out."

But it was no easy feat.

It took a highly skilled team of over a dozen keepers to catch and move the almost four-metre-long alligator. 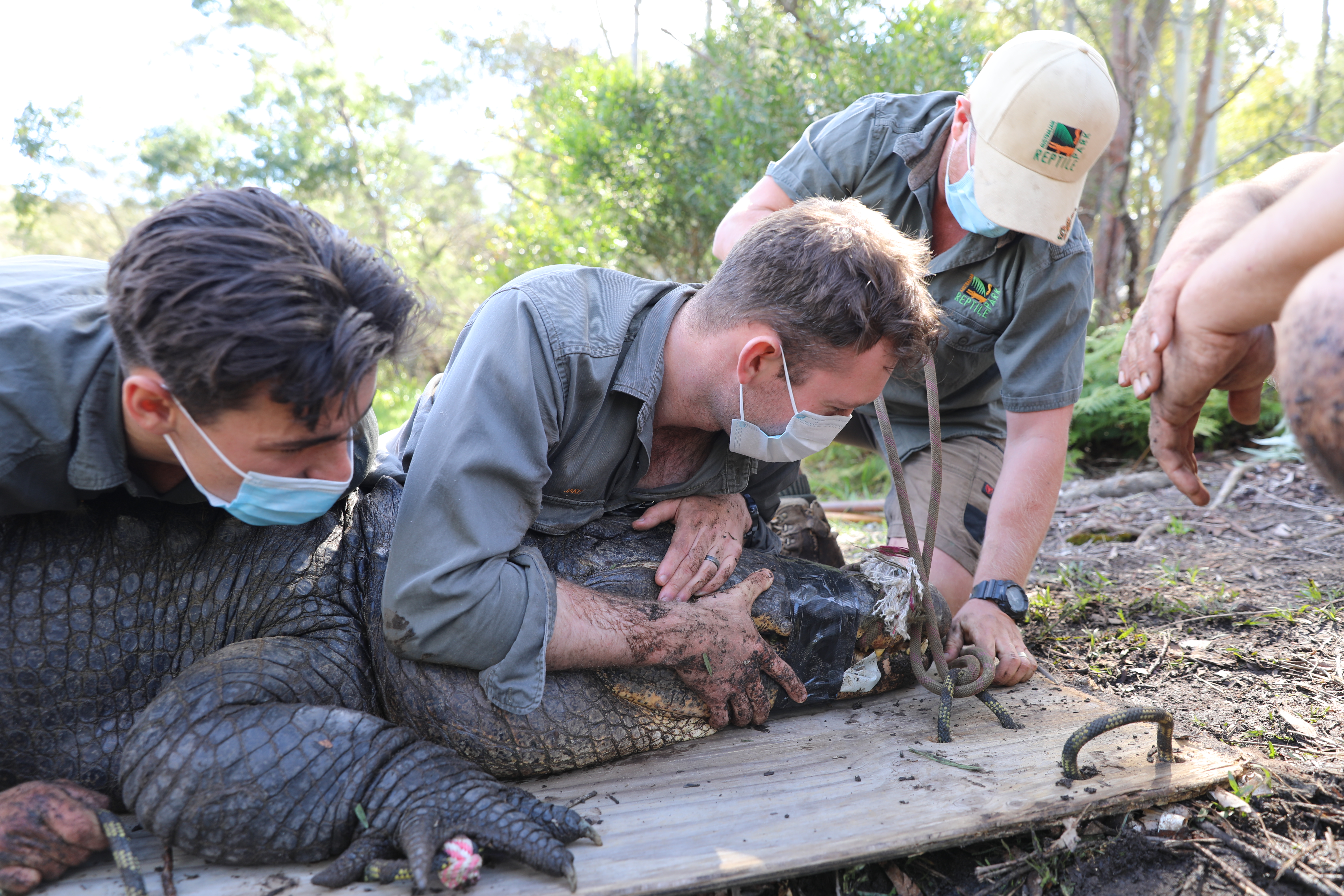 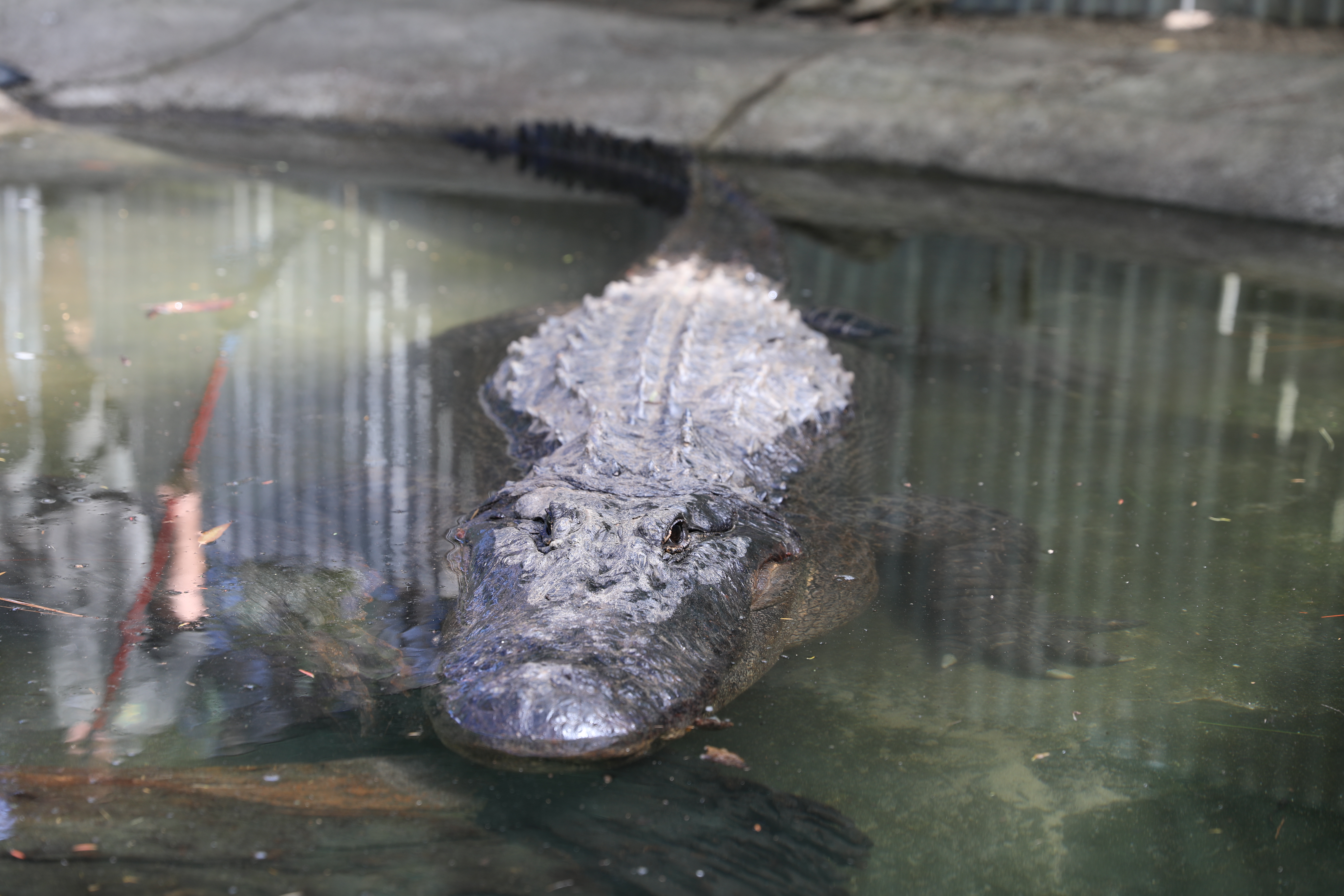 "American alligators have one of the strongest jaw pressures of any animal and one bite can be life-threatening, so our amazing team had to take extreme care during the removal," Mr Faulkner said.

Kanye will spend around a month in an isolation area until the peak mating season is over.