A lone butterfly has been filmed resting on a leaf of the Coffs Harbour Butterfly House after a freak hail storm blew through northern NSW yesterday.

The attraction has lost 90 per cent of its animals, 9News can confirm.

The animals were either killed outright or escaped after hailstones the size of grapefruits pelted through the enclosure. 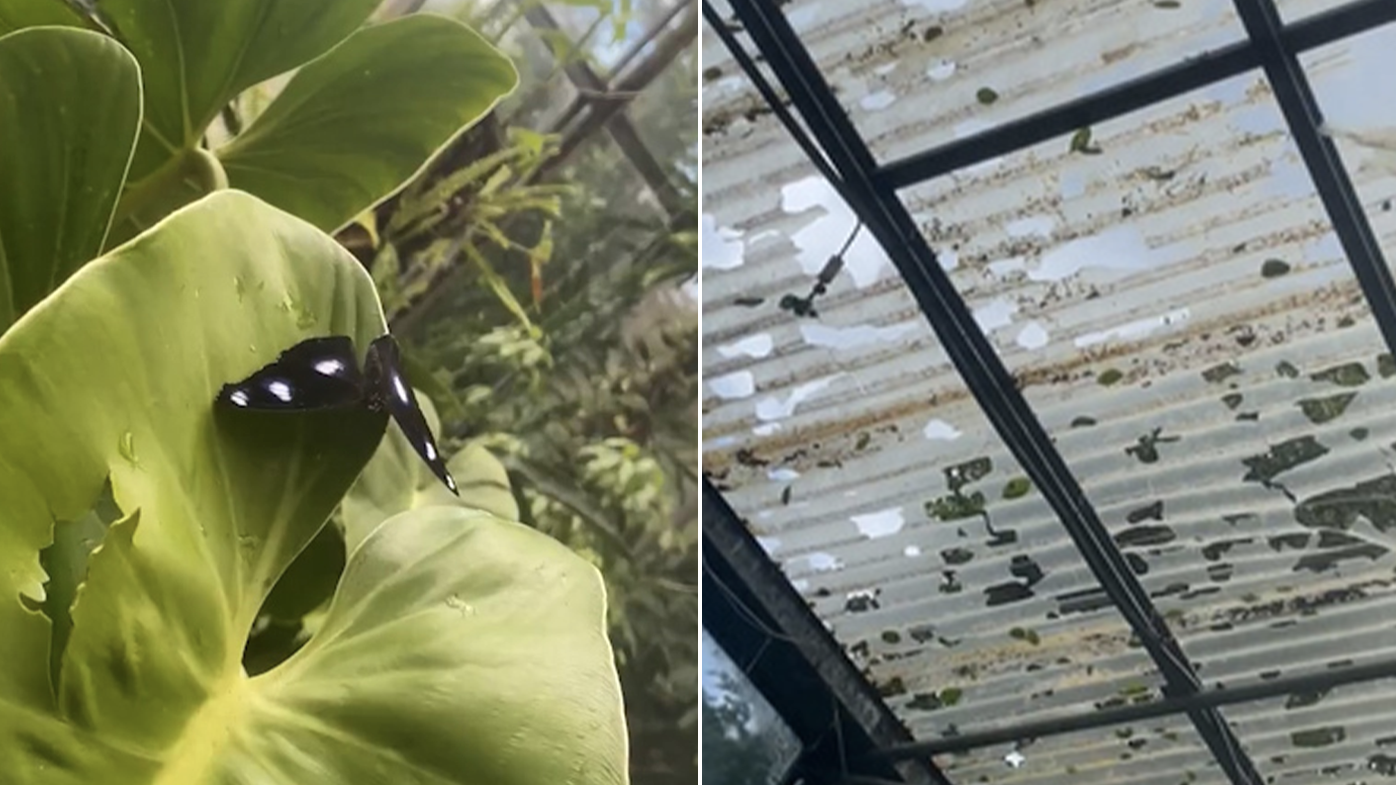 The owner of the tourist attraction has grave fears for the escaped butterflies as they can only survive in a tropical environment.

A number of threatened and endangered species were housed at the attraction including, the Ulysses butterfly and the wanderer, or monarch, butterfly.