Miley is 18 months old – but she has never met her grandparents on her mother's side because they've been banned from travelling to Australia for her whole life.

But finally, Miley's grandmother, Karen Capon, 57, is able to make plans to take the long flight to Sydney from London in November, thanks to a rule change expats in Australia have long been campaigning for.

Last week the Prime Minister announced parents of Australian citizens and permanent residents will be classed as 'immediate family' and can visit from overseas. 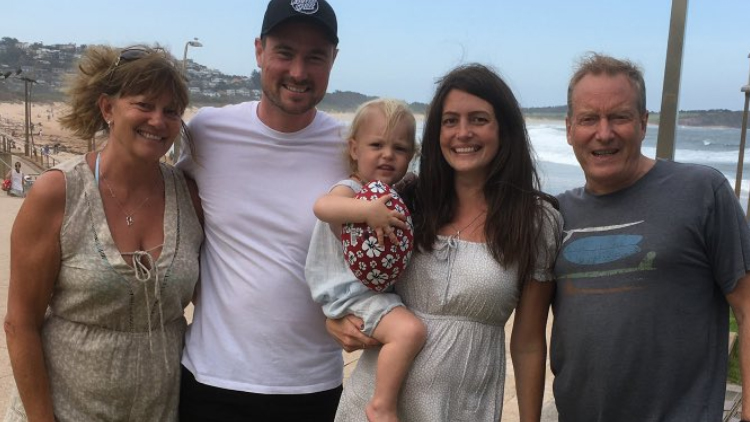 The update came as relief for millions of Aussies – and Miley's mum Emily said she cried when she heard the news.

"I just get along with things but my mum's just so upset all the time," she told 9news.com.au.

"Every time I speak to her she says, 'I've found a flight', but I say 'you can't get into the country."

The 30-year-old mother, who also has Leo, three, with Aussie partner Mitch Blenkhorn, hasn't seen her parents since February 2020 when she was pregnant with Miley who was born last May. 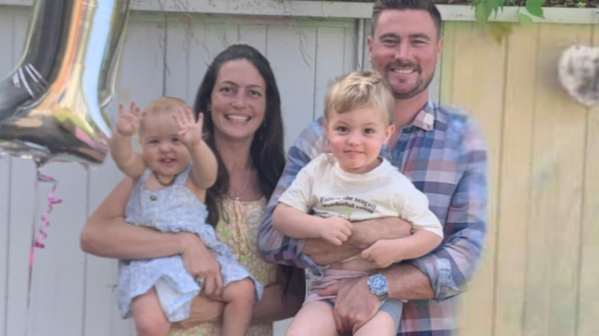 As Ms Capon has permanent residency she has been banned from leaving the country to visit her parents too.

She said she can't wait to introduce her mum to Miley and for her to see Leo, who was a baby when they last met.

The family are awaiting further details about what exactly they need to do now.

With a third of Aussies born overseas, the change will affects millions of people.

Defacto partners, spouses and dependant children have been allowed into Australia alongside citizens and PRs since the borders closed in March 2020 – if they could get a severely limited flight and do 14-days hotel quarantine – parents have not.

While exemptions can be applied for, they're hard to get even in cases of death or serious illness.

Mrs Capon said expats have been upset to see many celebs allowed into Australia over the past year and a half – but their parents were barred.

A petition to make parents 'immediate family' gathered over 70,000 signatures and was presented by Sydney MP, Zali Steggall in June.

The new rule comes into place on November 1 for the whole nation. 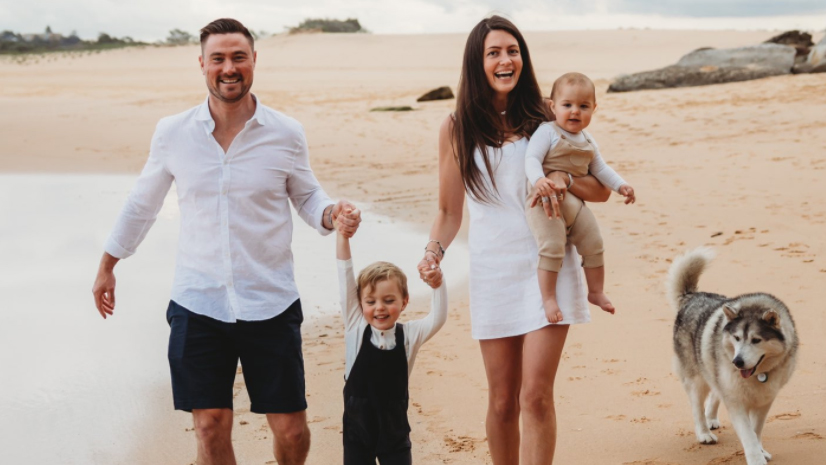 However, it will initially mainly allow reunifications for families in NSW and the ACT as it will remain hard for parents who want to go to other states to travel, as they will be subject to those states' travel rules, even if they get a flight to Sydney.

Neither NSW nor ACT will have any quarantine for international flights, just proof of a negative COVID-19. Flight caps will also be dropped.

Parents must also be vaccinated with a TGA recognised jab, which will mean those who have had those not on the list will remain locked out. Foreign workers living here who don't have PR won't be able to get their parents over under the new rule either.

READ MORE: How to get your International COVID Vaccination Passport

However, with the travel ban ending for all jurisdictions on November 1, citizens and PRs will be allowed to leave the country to see family overseas without permission – but will be subject to state and territory rules flying back.

Temporary residents or other visa holders remain locked out of Australia if they leave.

When he announced the move last week Prime Minister Scott Morrison said it would be, "welcome news to Australians right across the country who were hoping to be reunited with their family members, their parents who are overseas.

"Now, in New South Wales's case, that means that those family members will be able to come into Sydney if they are vaccinated and not have to quarantine," he added.

Simone Holmes, a spokesperson for campaign group Parents are Immediate Family, said they were "relieved" at the news but need to know how it will be implemented and what will happen for states other than NSW.

"The general concern now is, unless people live in NSW there will still be no reunion with our parents," Ms Holmes said.