A man, who lives in Woodgate, Queensland made the discovery while in his garden and then contacted Childers Police, who tended to the historical items.

Police discovered that the box and records had belonged to Arthur Leslie Bassham, who passed away in 1991. 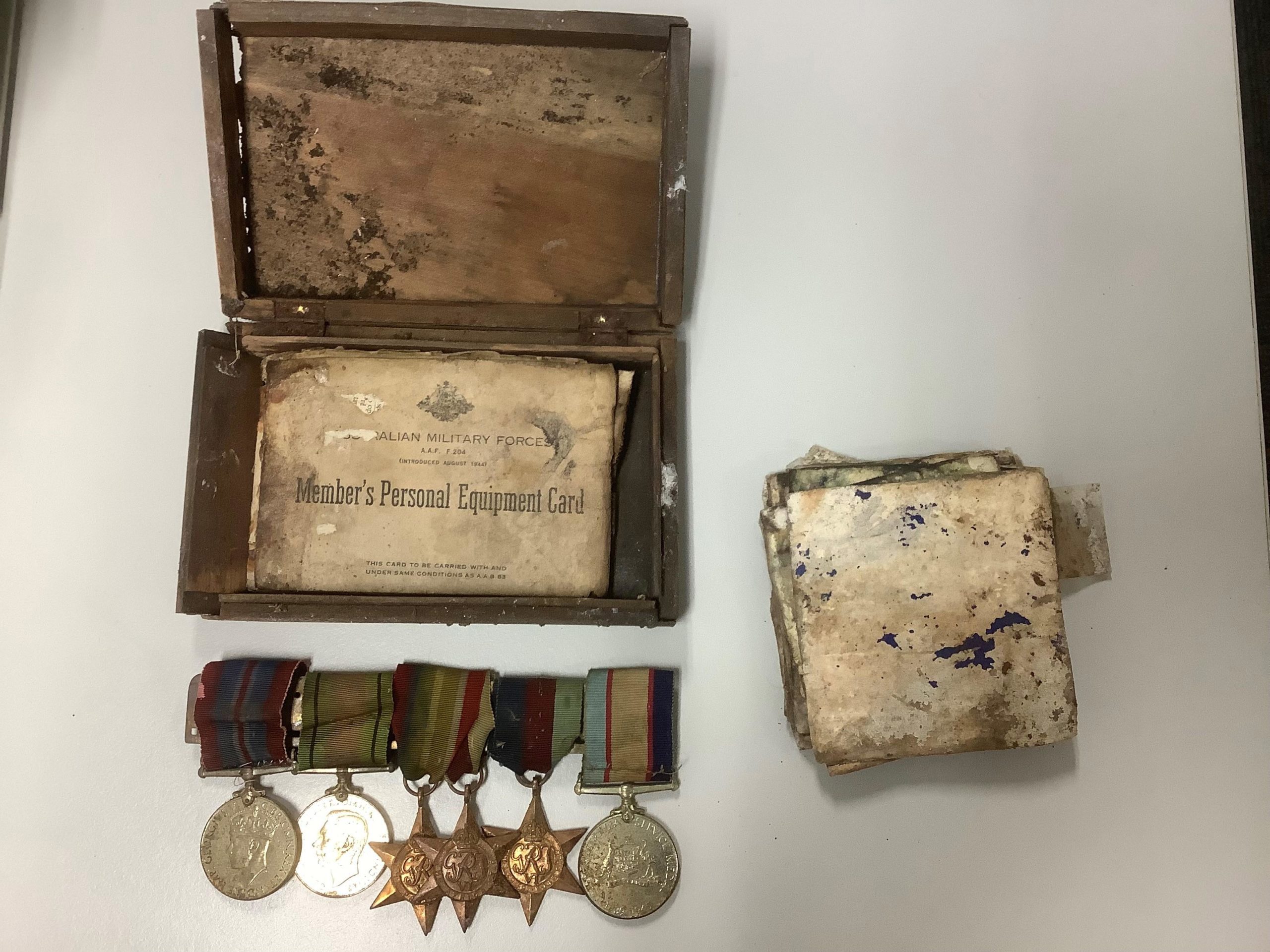 Mr Bassham had been a cane cutter, and was believed to have lived and worked in the Woodgate area.

Queensland Police confirmed that they had tracked down Mr Bassham's niece in Brisbane returning the medals to her.

Senior Constable Michael Schmidt from Childers Police said he is pleased the sentimental items were returned.

"It was nice to be able to reunite the family with such treasured memorabilia," he said.