Tasmania has once again been named Australia's best performing state economy, marking seven quarters in a row it has taken out top place.

CommSec's State of the State report — which ranks the nation's state and territory economies on eight key indicators — found that Tasmania was consistently the strongest, nailing construction, retail spending and relative unemployment.

The Australian Capital Territory was named second, followed by Western Australia and New South Wales in third, while South Australia and Victoria took out equal fifth. 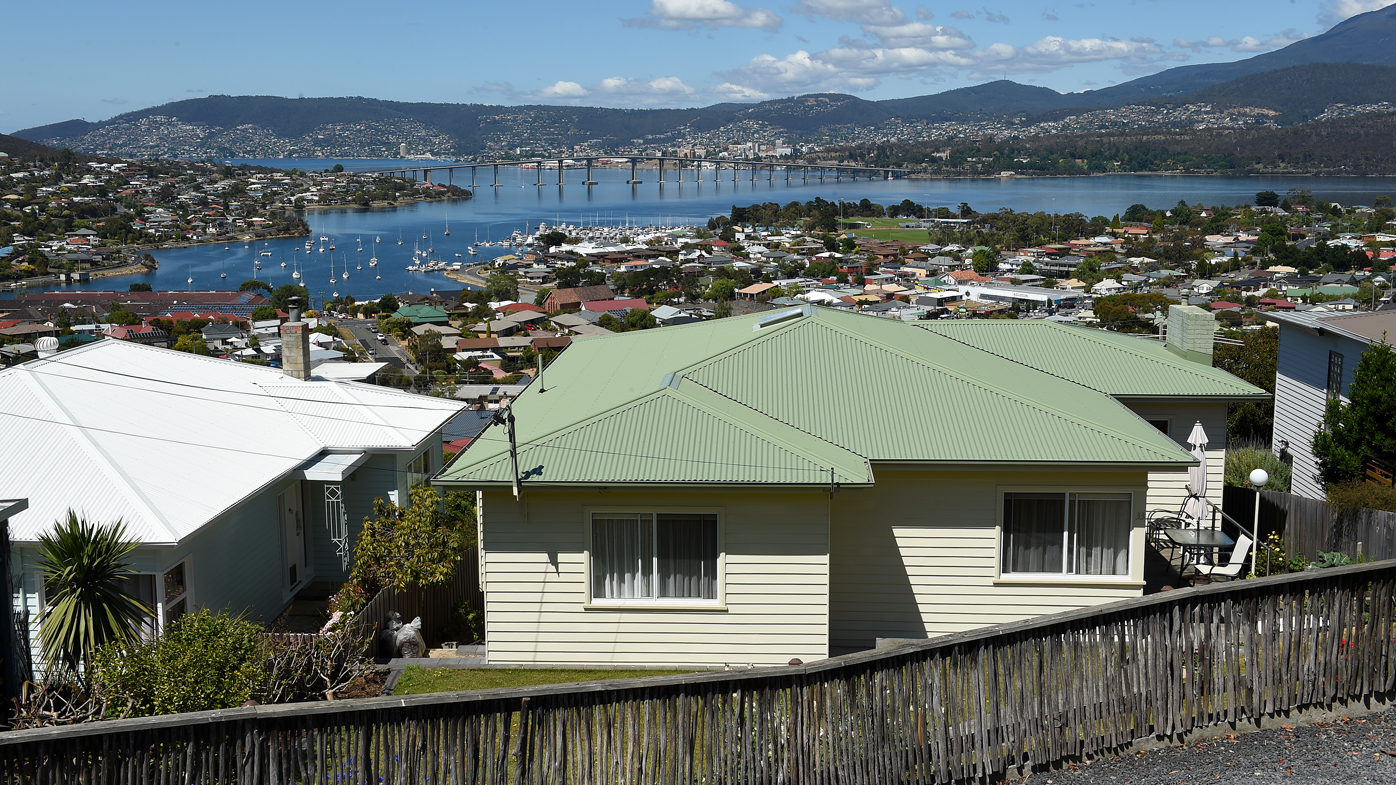 Queensland was named the second-worst performing economy in the country, only beaten to the wooden spoon by the Northern Territory.

CommSec's Chief Economist Craig James said despite the ravages of COVID-19, the localised economies of Australia's state and territories are in good shape.

"Unemployment rates are historically-low across much of the nation – remarkable when you consider the COVID-19 challenges and when the broader Australian economy was in recession just over a year ago." 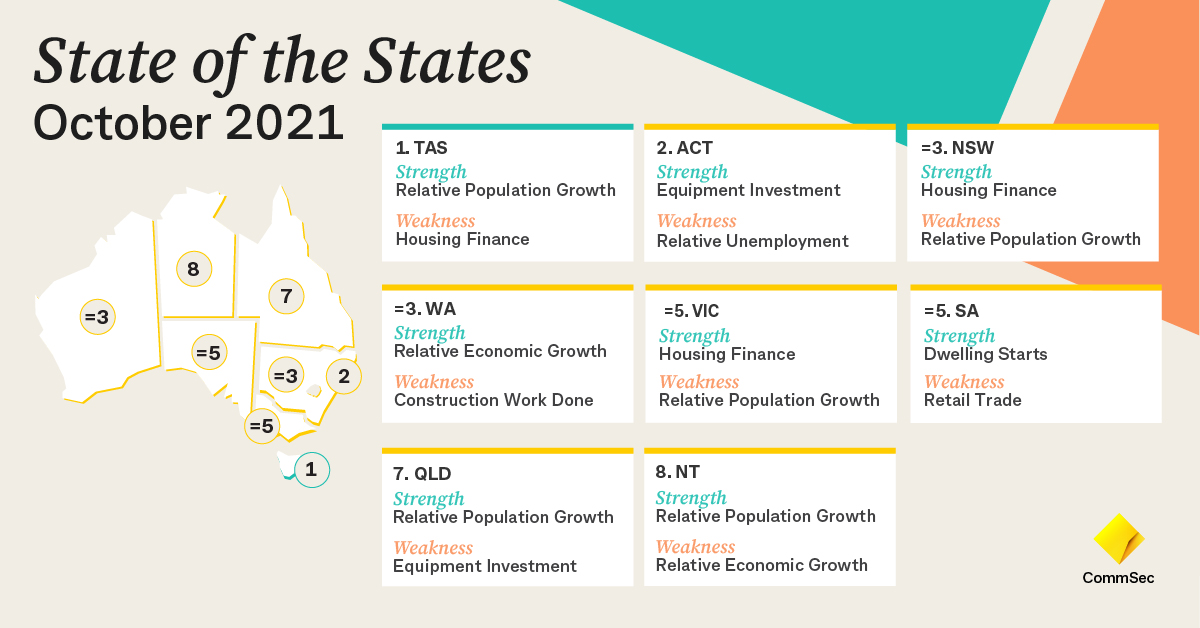 Mr James said Tasmania was a clear leader of all the states, while the other positions were closely matched.

"Tasmania remains in top position in the economic performance rankings. Tasmania leads the nation on four of the eight indicators assessed. As we noted last quarter, Tasmania is unlikely to face any challenge to its dominance on the key economic indicators until mid-2022 at the earliest," Mr James said.

"Identifying the economy to challenge Tasmania for top position is not easy. Much will depend on vaccination rates, and reopening of state and foreign borders.

"But stimulus applied by state and territory governments will be important." 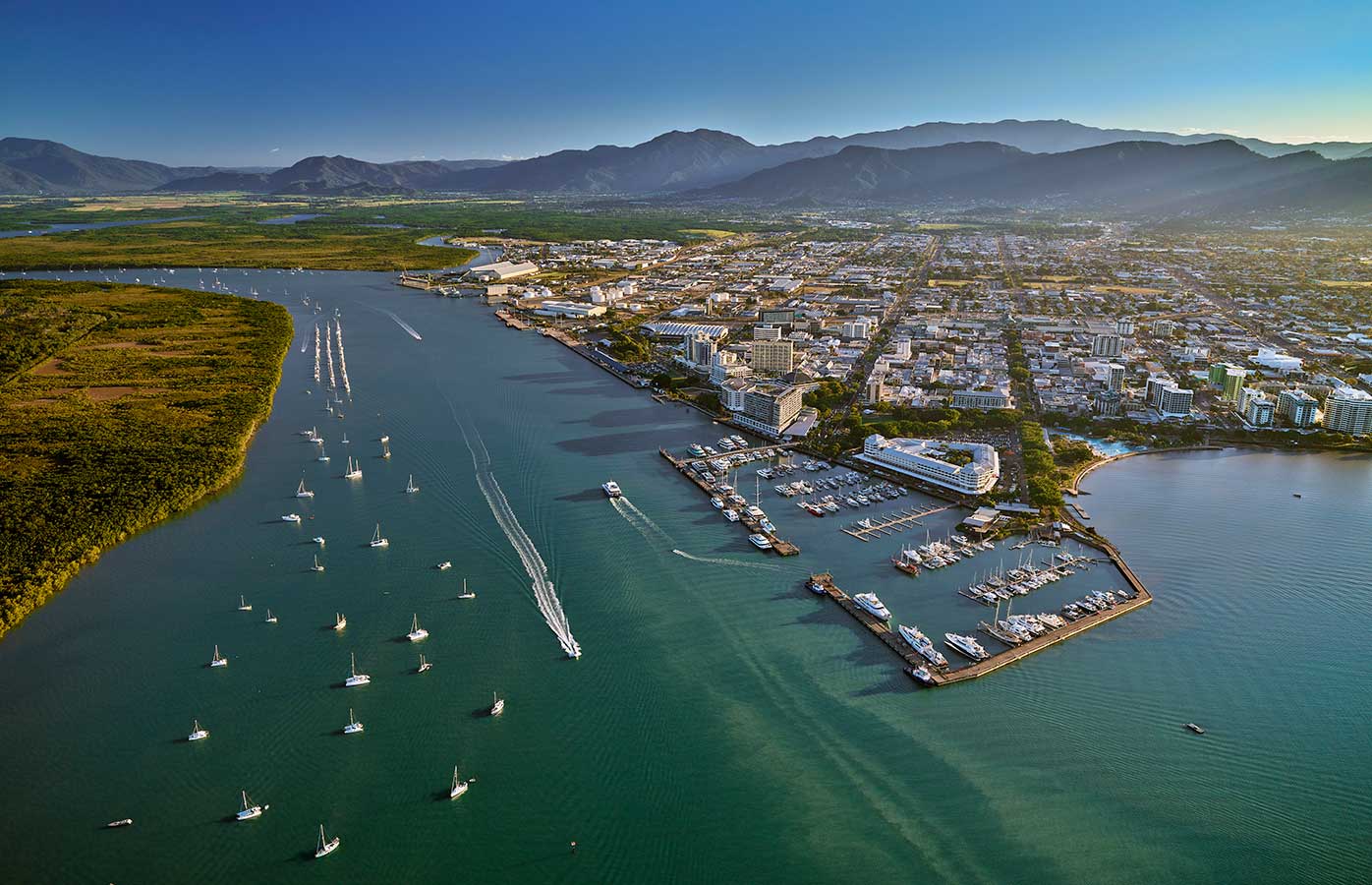 A gamechanger for seventh-placed Queensland could be the reopening of domestic and international borders, the closure of which shutdown the sunshine state's hugely lucrative tourism economy.

"Queensland would be a key beneficiary of the opening of borders with inter-state and overseas tourism driving spending and employment," Mr James said.

"Queensland and Northern Territory will be supported by population growth and higher commodity prices."