They don't appear on most world maps, but China's "artificial islands" are an important sector of the globe that world powers are anxiously keeping watch over.

The islands and their mega resources, which have suddenly emerged in the past six years, have drastically tipped the power balance in the South China Sea – a key to much of the world's international trade.

Dr Malcolm Davis, a Defence Strategy and Capability Senior Analyst from the Australian Strategic Policy Institute, has broken down the dispute over the islands and what they mean for the rest of the world.

READ MORE: China's reach could be growing in the Pacific 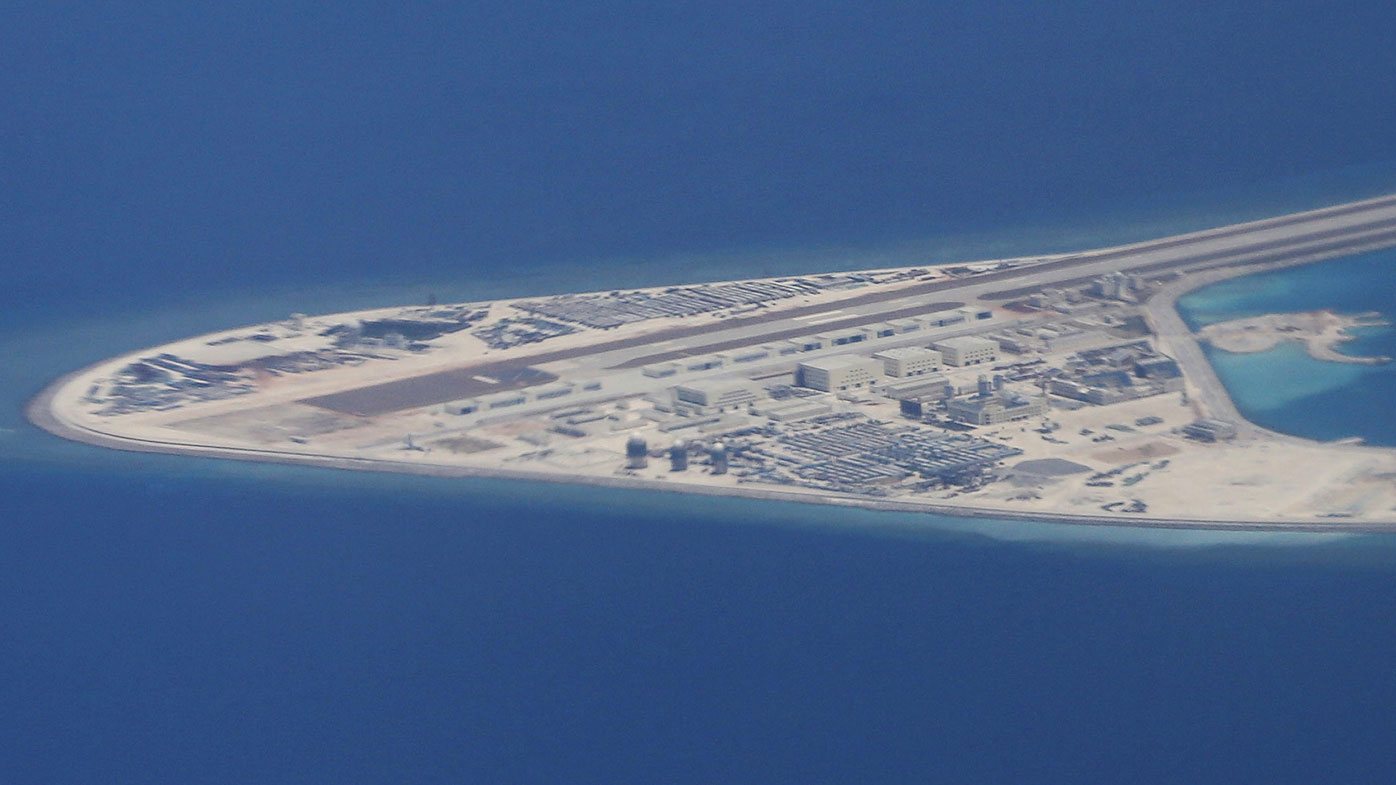 How did new islands come about?

China moved to start creating the artificial islands in the South China Sea in 2014, building them on top of rocks or reefs which were close to the water's surface at high tide.

Dredging ships were used to scoop up the sea floor to build up the islands on top of the rocks.

The manmade islands span an incredible almost 3200 acres of new land, according to research by the Asia Maritime Transparency Initiative.

The space which the islands now occupy was previously not considered territory under International Law.

A number of Asian countries have claims over the South China Sea, however China claims the islands as their territory, and is using the islands to further their claim over the region as a whole. 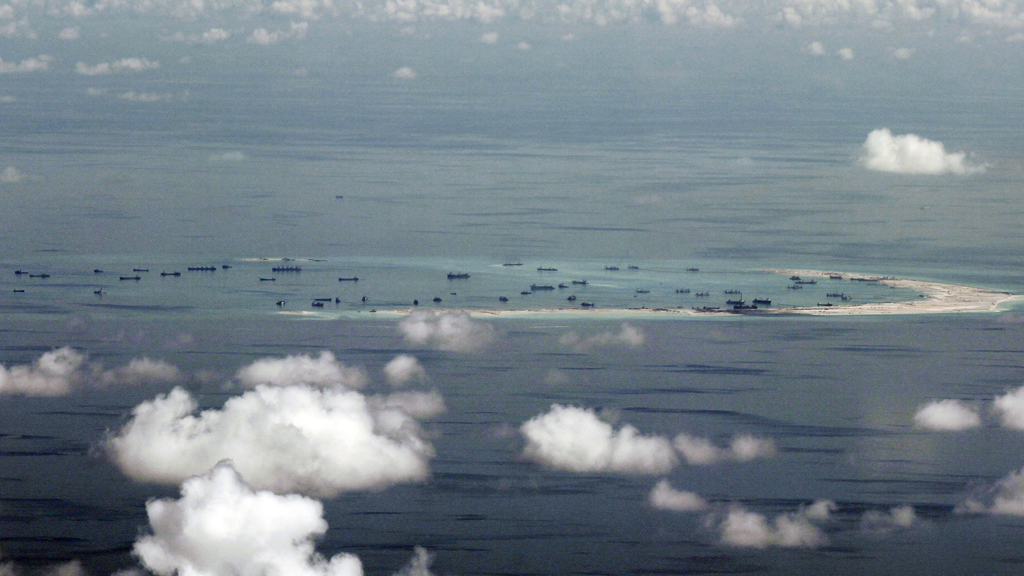 What are the islands being used for?

The entirety of the islands are being used to bolster China's military capability.

Aerial photographs of the islands reveal the military bases do not even allow space for a tree.

Dr Davis said the resources concentrated on the islands give China the power to potentially overwhelm The Association of Southeast Asian Nations' military – which includes input from Brunei, Cambodia, Indonesia, Laos, Malaysia, Myanmar, the Philippines, Singapore, Thailand and Vietnam.

Using the islands, China has the potential to project military power all the way down to northern Australia or into the Indian Ocean. 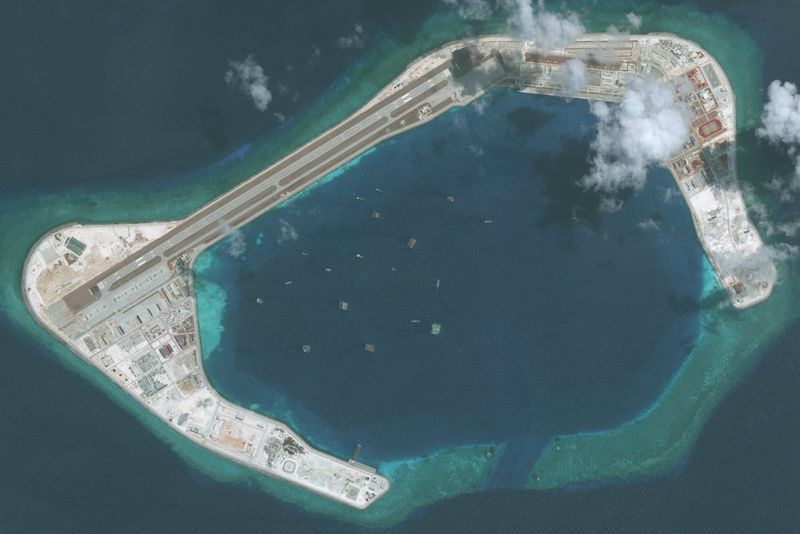 Why are the islands concerning?

The islands, and the power they give China, are concerning for a number of reasons.

As well as massively strengthening China's military capabilities in general, they strengthen China's claim over the South China Sea.

They give China overwhelming power to control the very important international waterway, which much of the world's maritime commerce travels through.

If China is allowed to control the South China Sea, they could control much of the world's international trade, particularly the traffic that goes through those waters.

Trade shipments worth trillions of dollars pass through the South China Sea every year.

Control of the sea would also give China a much greater ability to isolate and coerce Japan in a crisis, Dr Davis said.

This will particularly be a risk if – or when – China starts military conflict over Taiwan. 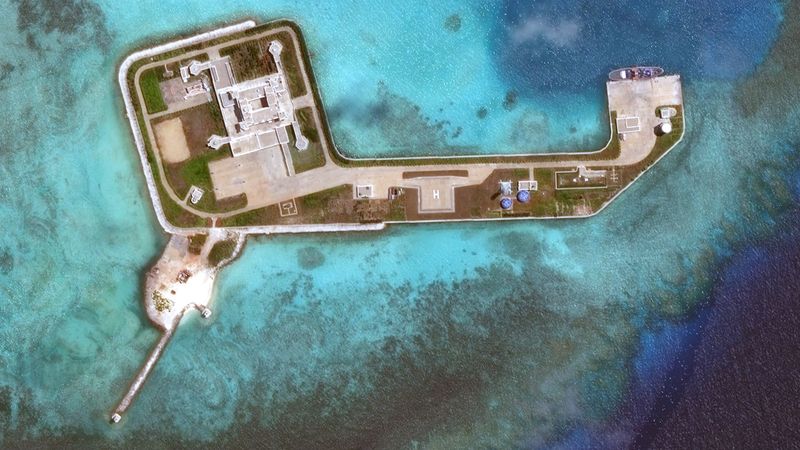 What is likely to happen regarding these islands in coming years – if anything?

There are a range of things China could do in coming years that could increase tensions, according to Dr Davis.

He said there will be activities in the South China Sea that will warrant international attention.

One possibility is that China might declare an Air defence identification zone in the South China Sea, which mean permission would need to be sought for all proposed air movements across the area.

Dr Davis said the move is likely to occur and believes Australia would challenge it.

Another strong possibility is that China may seek to invade Taiwan and try to claim Taiwanese islands in the South China Sea, particularly Pratas Island.

Dr Davis said it was widely expected that China would make a move on Taiwan in the second half of this decade. 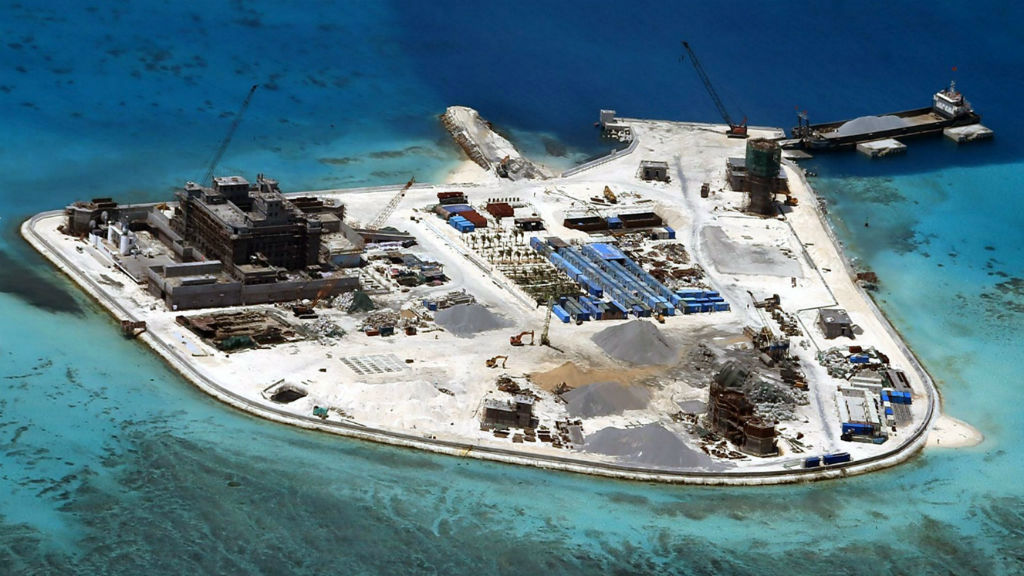 The artificial islands in the South China Sea will then be crucial in the subsequent military conflict, which would likely see US intervention, followed by intervention from Australia and Japan.

Dr Davis said the artificial islands would serve as a "theatre of operations" for China.

Is anything being done about them?

The United States and Japan conduct Freedom of Navigation Operations (FONOPS) over the islands.

A recent US aircraft on a similar mission was recently met with repeated demands to leave as it approached one of China's new ocean bastions.

Australia also conducts observations in the South China Sea, but has not yet been willing to do transits that directly challenge China's claims to the territory, like FONOPS.

China has previously made repeated demands for US aircraft near its ocean bastions to leave the region.

Dr Davis said ASEAN's focus was more on diplomacy at the moment.

He said the organisation was trying to create a code of conduct to manage actions in the South China Sea, however wasn't challenging China on its illegal actions.

READ MORE: Australia to join US in keeping watch over Chinese artificial islands 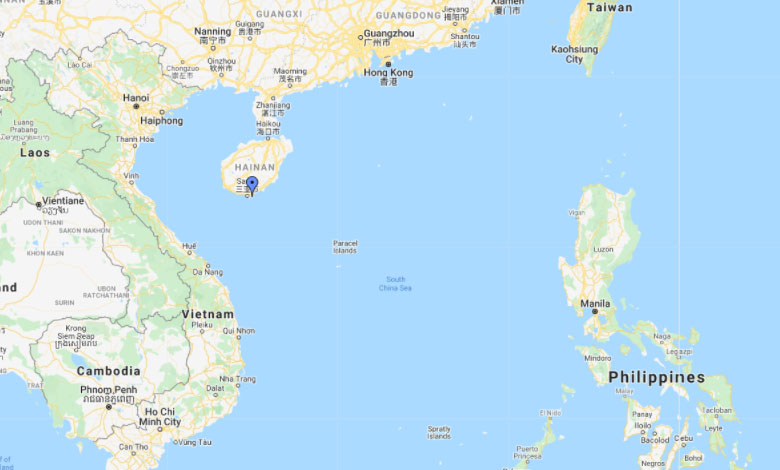