An Indian student was mauled by a leopard after it strayed into a school in the country's north.

Authorities in the state of Uttar Pradesh said the animal entered the Chaudhary Nihal Singh Inter College in Aligarh about 30 minutes before morning assembly on Wednesday.

The injured student told local media he saw the leopard when he tried to enter a classroom. 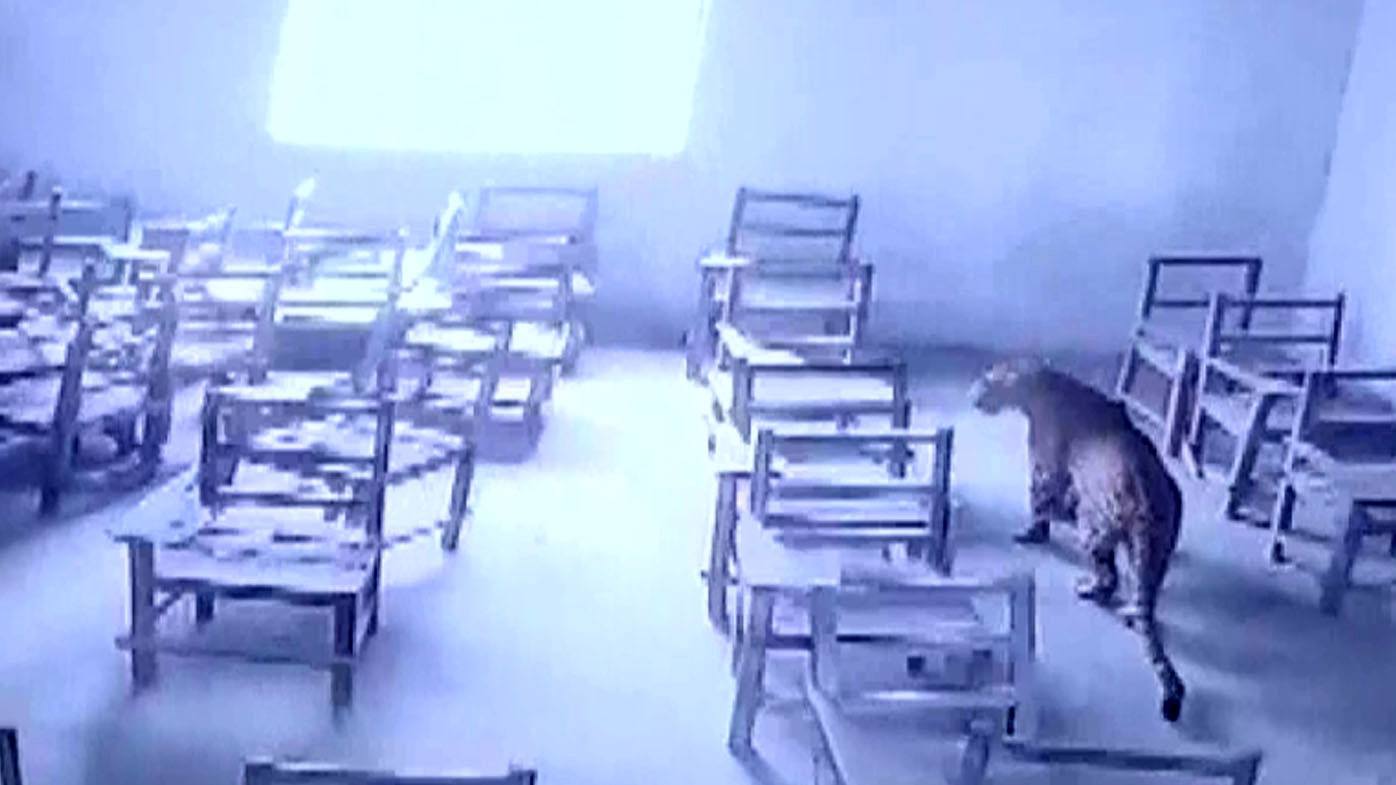 "As I entered the classroom, I saw there was a leopard. The moment I turned away, the animal attacked and bit me on the arm and back," Lakhiraj told NDTV.

He was rushed to hospital where he later recovered from his injuries, local officials said.

School authorities were able to lock the animal inside an empty classroom while students were sent home.

Footage showed the leopard roaming the classroom, navigating rows of tables and chairs.

Government forestry workers and animal welfare volunteers were called to the school to extract the leopard.

After a nine-hour operation it was returned to the wild.