A teenager says she's too afraid to return to the Melbourne park where she was pepper sprayed by police and her friend was thrown to the ground.

The 16-year-old said she doesn't know why they were targeted by what she claimed were heavy-handed officers.

Police say they were responding to an altercation at a Malvern East park involving up to 60 children. 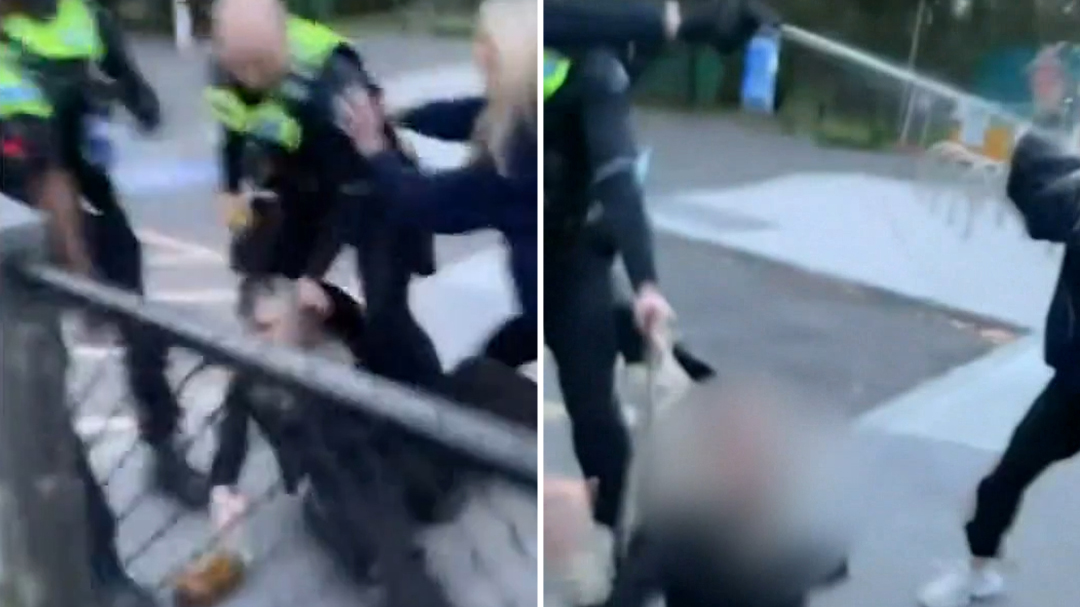 Footage shows a police officer grabbing a 15-year-old girl's hoodie and pulling her to the ground near a park in Melbourne's inner east.

When she screamed for help, her 16-year-old friend tried to help her, but was pepper sprayed.

"When it hit my face it was just burning. I physically couldn't open my eyes," the older teen, said.

The 16-year-old, who is too scared to be identified, told 9News her group of friends were at Darling Park when they decided to leave because an older group of teens had arrived.

She believes a fight broke out with the other group, and thinks police mistook her mates for them. 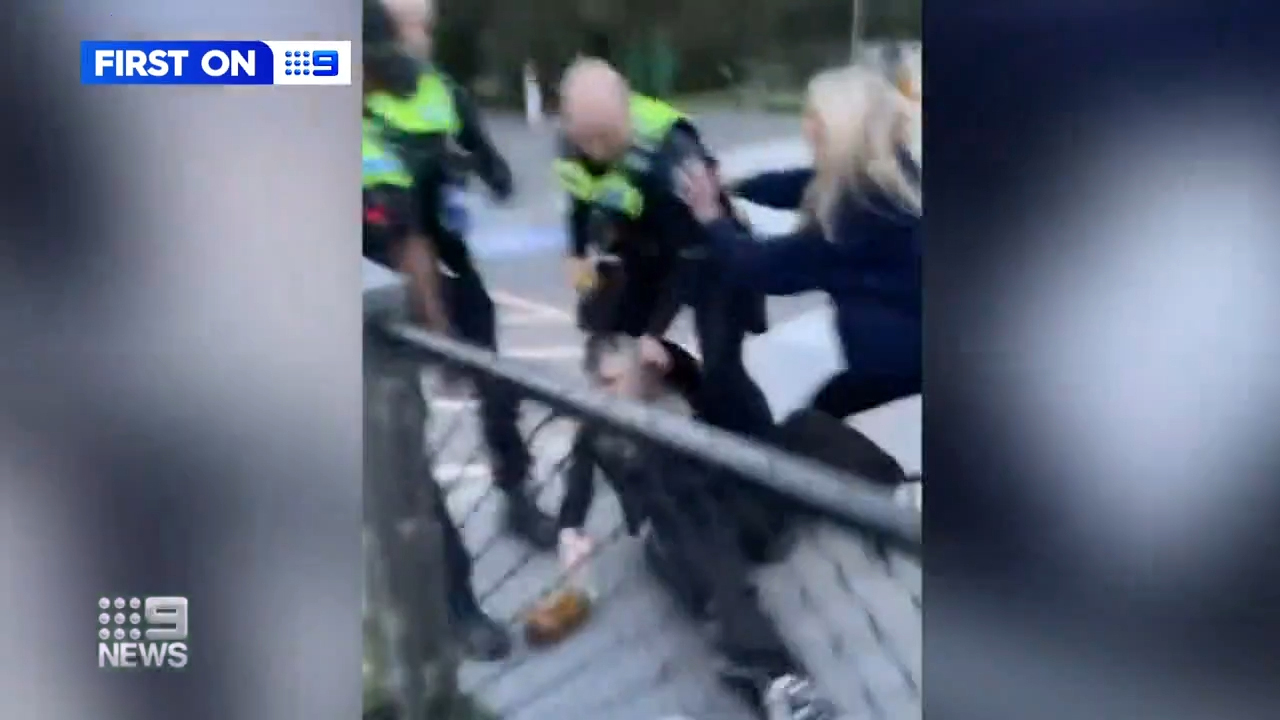 The teen said her friends had been left with significant bruising and cuts.

He was pinned down and struggled to walk.

The 16-year-old said while she had no lasting physical injuries she had been left traumatised.

Her mother said she was extremely upset someone would do that to her daughter.

Victoria Police has confirmed there was an altercation at the park involving up to 60 children.