The Hawaiian Islands could experience "catastrophic flooding" from a storm system lasting until Tuesday, according to the National Weather Service in Honolulu.

Nearly one foot of rain (300mm) has already fallen in Kula on Maui over the last 24 hours, according to the National Weather Service (NWS) in Honolulu. 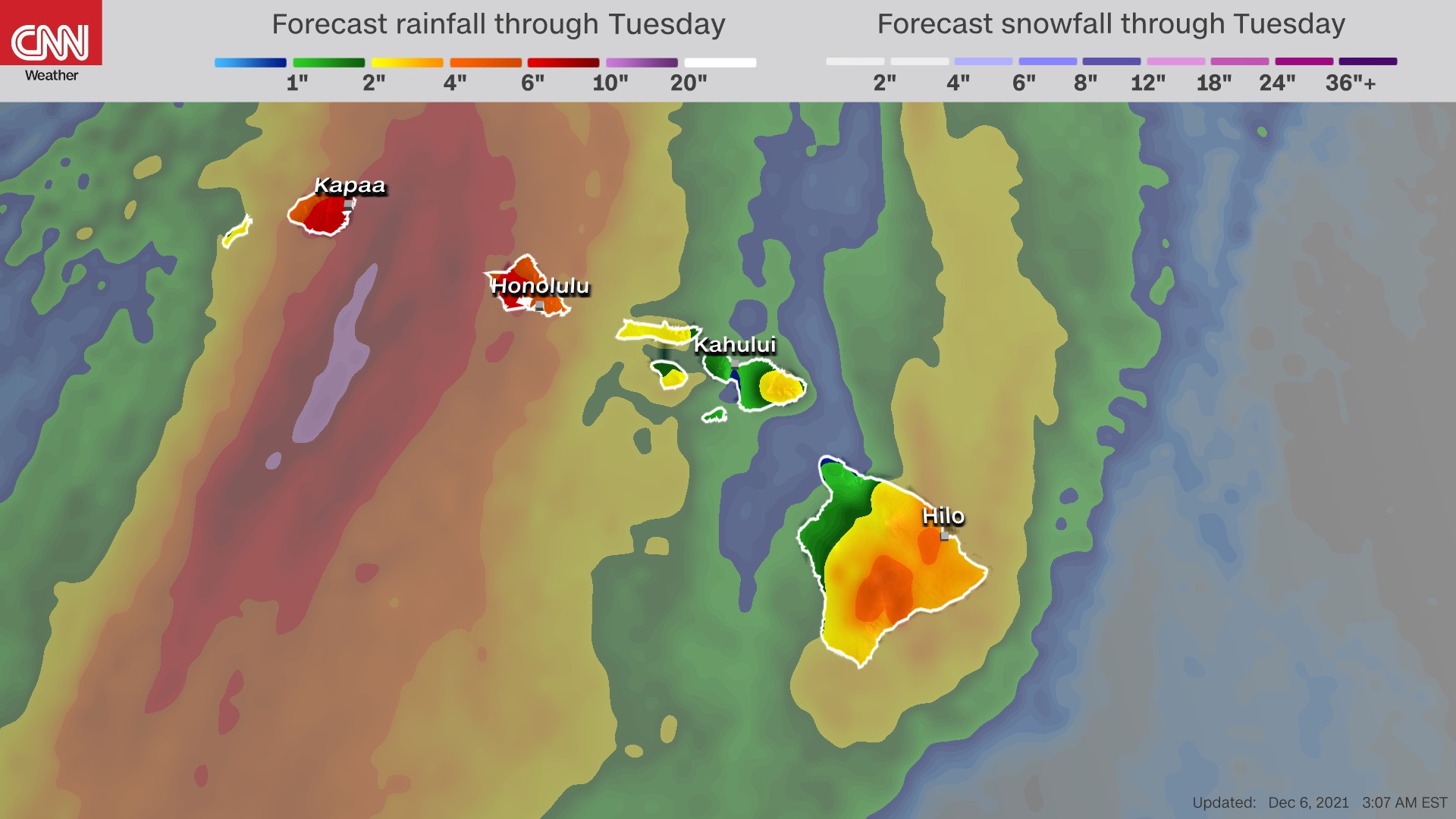 On the Big Island, eight inches (203mm) of rain have fallen in the past 24 hours in multiple locations. Rainfall is beginning to wind down as of early Monday morning (local time).

However, heavy rain is still forecast to fall across Maui, Oahu, and Kauai throughout the day on Monday. A flash flood warning has been issued for the islands of Molokai and Maui.

"Localised rainfall rates of two to three inches (51mm to 76mm) per hour will exacerbate ongoing flooding from earlier rainfall. Portions of leeward Maui have received over six inches (152mm) of rain over the past six hours, and runoff remains high," NWS Honolulu said. 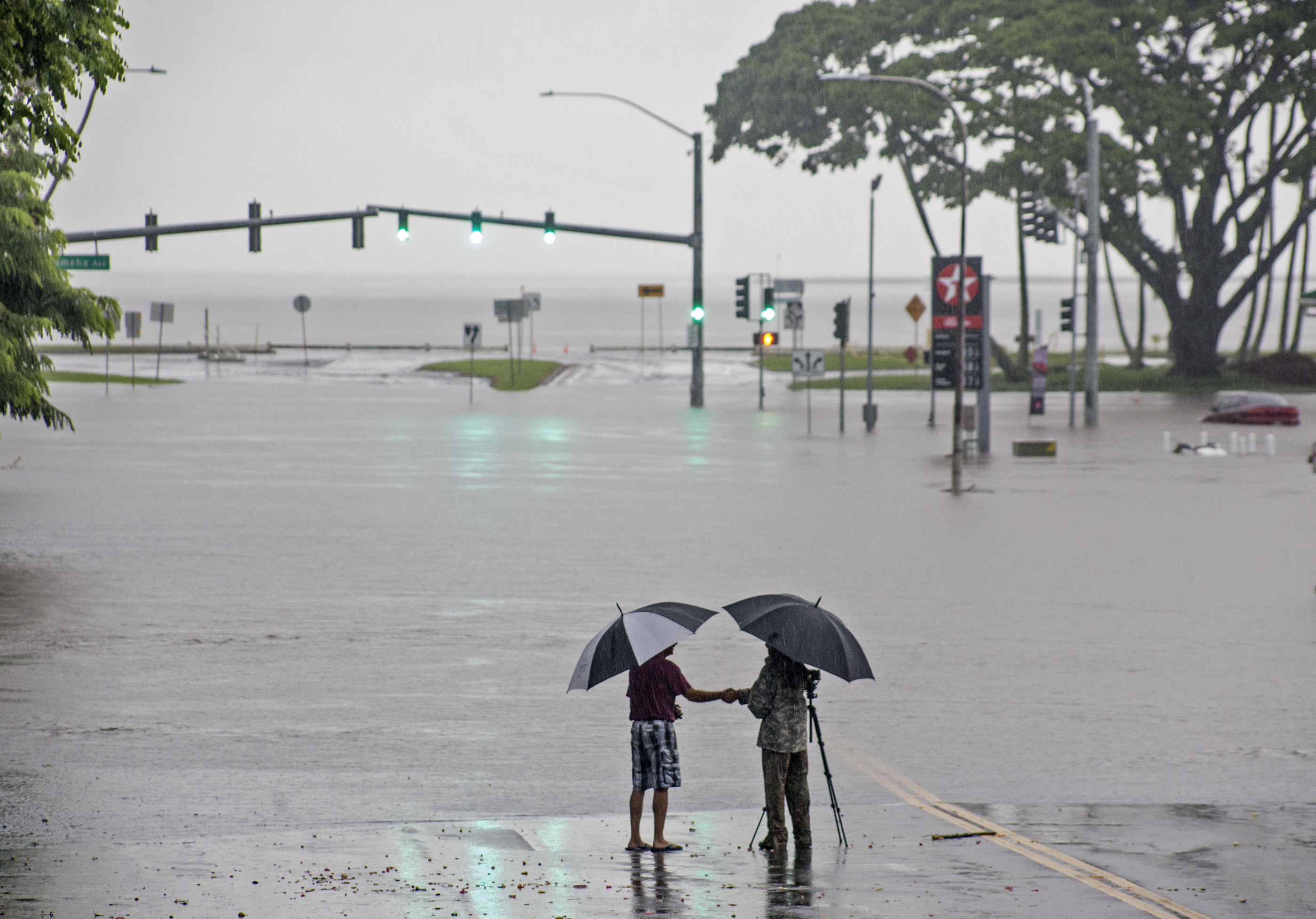 Landslides are expected and in some cases, highways may be closed due to flooding and landslides, potentially cutting off communities.

A flood watch remains in effect through Tuesday afternoon local time for all Hawaii Islands. A 'Kona low' is responsible for pulling deep tropical moisture over the state bringing with it large bands of heavy rain.

"Rain events of this size can cause catastrophic flooding and affect areas that do not usually flood. Low spots in roads will become dangerous and impassable due to severe runoff. Debris in streams and gulches may clog bridges and culverts resulting in dangerous flooding," according to the NWS.

"Numerous landslides are expected in areas with steep terrain. Urban areas, especially on Oahu, may have severe flooding. Isolated highways, such as the Belt Highway in the Big Island's Kau District, and Piilani Highway on Maui, may be closed in one or more locations, resulting in long detours or even the isolation of communities."

Public schools in Hawaii's Maui County are closed Monday because of the potential for flooding.

Blizzard warnings remained in effect over the weekend for mountain summits on the Big Island, where high winds and winter weather temporarily closed access to the summit on Mauna Loa last week.

"A Winter Weather Advisory was issued this morning for the summits of Mauna Kea and Mauna Loa on the Big Island above 12,000 feet (3.65km) elevation and will remain in effect through 6pm HST," the NWS said.