A special court in Myanmar's capital has sentenced the country's ousted leader, Aung San Suu Kyi, to four years in prison after finding her guilty of incitement and violating coronavirus restrictions, a legal official said.

The sentencing was the first in a series of cases in which the 76-year-old Nobel laureate is being prosecuted since the army seized power on February 1, preventing her National League for Democracy party from starting a second five-year term in office.

The incitement case involved statements posted on her party's Facebook page after she and other party leaders had already been detained by the military, while the coronavirus charge involved a campaign appearance ahead of elections in November last year which her party overwhelmingly won. 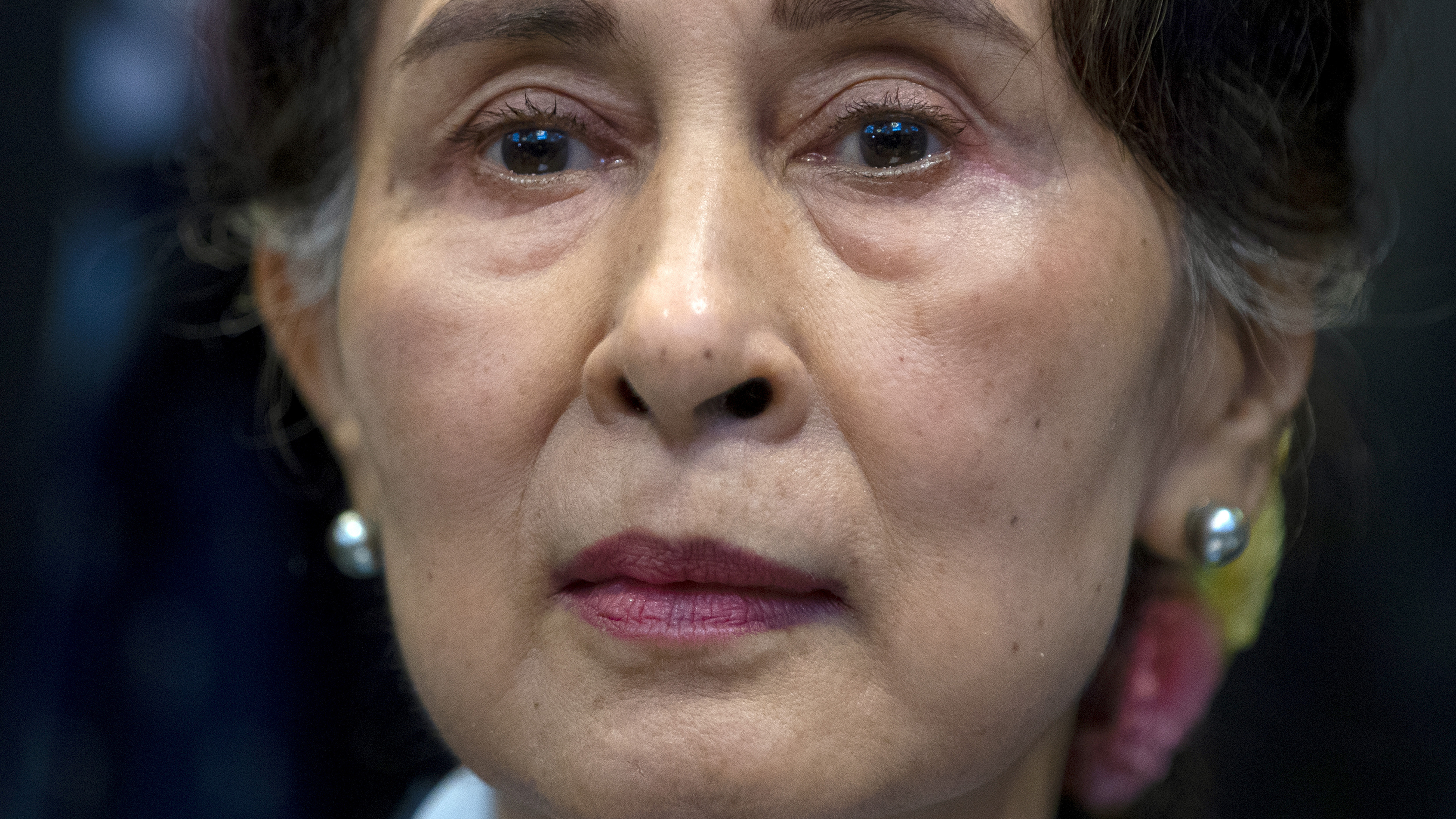 The army, whose allied party lost many seats in the election, claimed massive voting fraud, but independent election observers did not detect any major irregularities.

The court's ruling was conveyed by a legal official who insisted on anonymity for fear of being punished by the authorities.

EXPLAINER: Why did the military stage Myanmar coup?

Ms Suu Kyi's trials are closed to the media and spectators, and her lawyers, who had been the sole source of information on the proceedings, were served with gag orders in October forbidding them from releasing information.

The cases against Ms Suu Kyi are widely seen as contrived to discredit her and keep her from running in the next election. The constitution bars anyone sent to prison after being convicted of a crime from holding high office or becoming a lawmaker.

Opposition to military rule remains strong 10 months after the army's takeover, and the verdict may inflame tensions even further.

There were protest marches yesterday against the military government and calling for the release of Ms Suu Kyi and other detained members of her government.

An army truck deliberately sped into a march by about 30 young people in Yangon, the country's biggest city, and at least three of the protesters may have been killed, according to unconfirmed reports.

The verdicts in Ms Suu Kyi's first two cases, on incitement — for allegedly spreading false or inflammatory information that could disturb public order — and violating the Natural Disaster Management Law for allegedly breaching coronavirus restrictions, were supposed to be delivered last Tuesday. 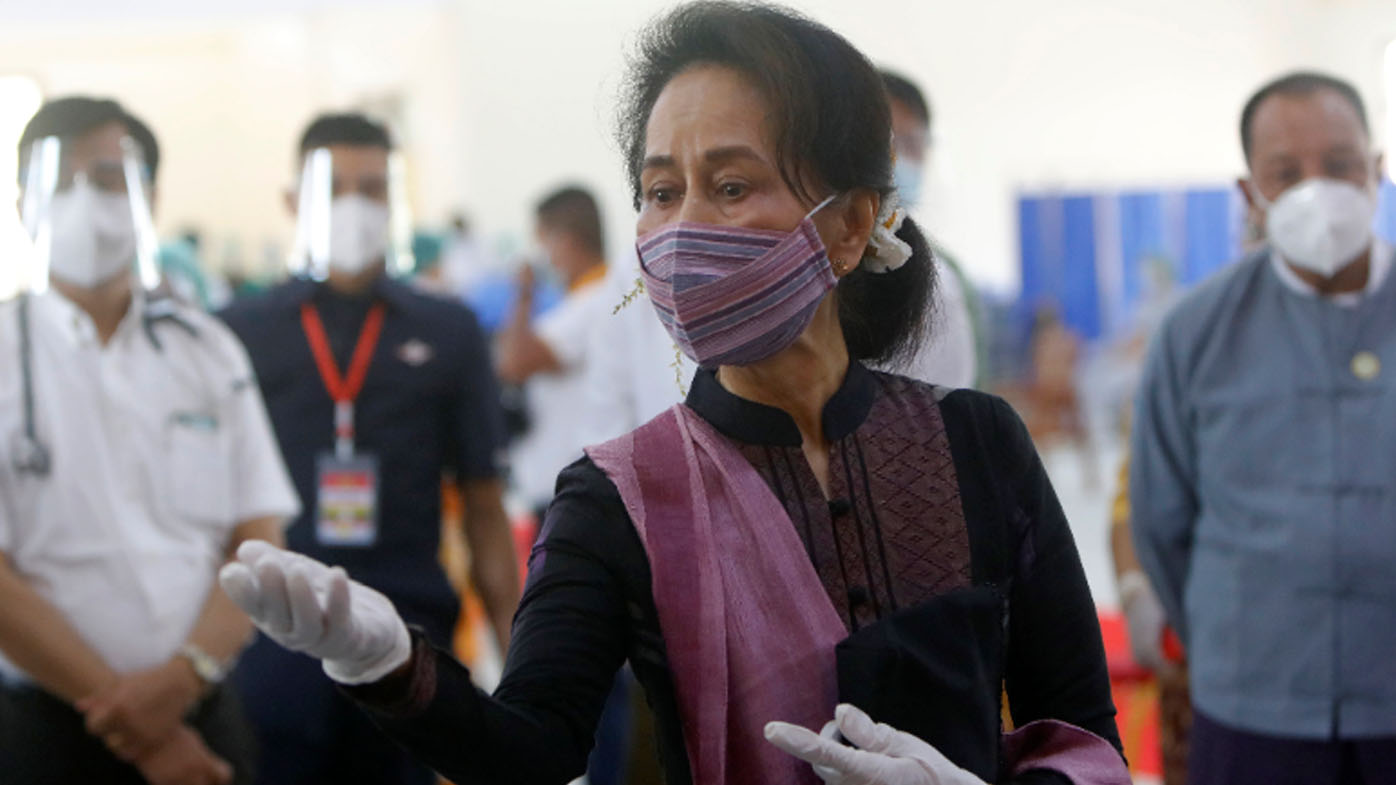 However, the court postponed its ruling with no explanation.

At the same time, it agreed to allow testimony this week on a separate coronavirus charge from an additional defence witness who had previously been unable to attend court because of ill health.

The prosecution's evidence consisted of statements posted on a Facebook page of Ms Suu Kyi's party.

Defence lawyers argued that Ms Suu Kyi and a co-defendant, former President Win Myint, could not be held responsible for the statements — which criticised the takeover and suggested in broad terms that it be resisted — because they were already in detention.

The former mayor of Naypyitaw, Myo Aung, was another defendant in the charge, which carries a maximum penalty of two years in prison and a fine. 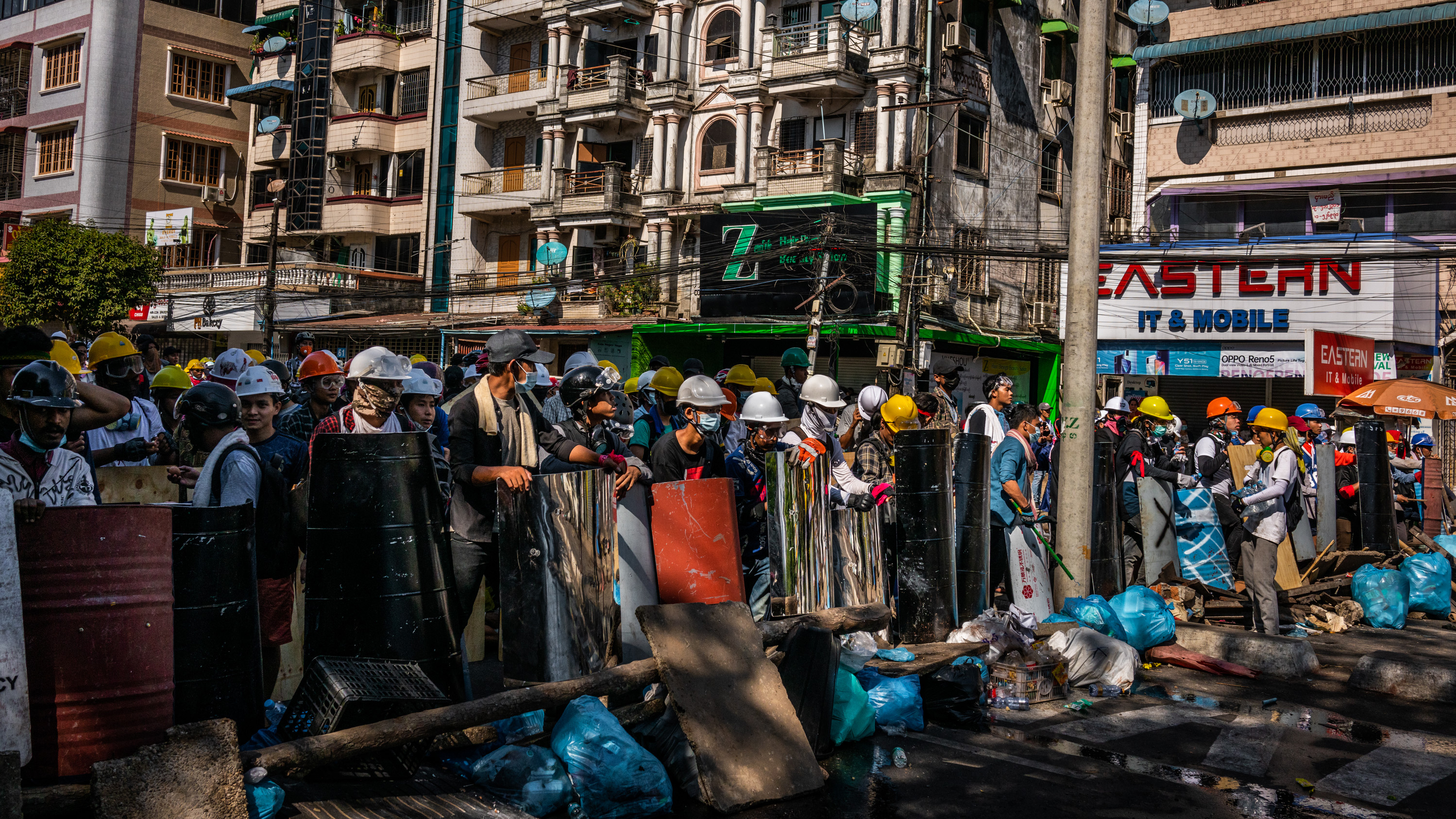 Win Myint was sentenced to a total of four years and Myo Aung to two years.

They have killed about 1,300 civilians, according to a detailed tally compiled by the Assistance Association for Political Prisoners.

With severe restrictions on nonviolent protest, armed resistance has grown in the cities and countryside, to the point that UN experts have warned the country is sliding into civil war. 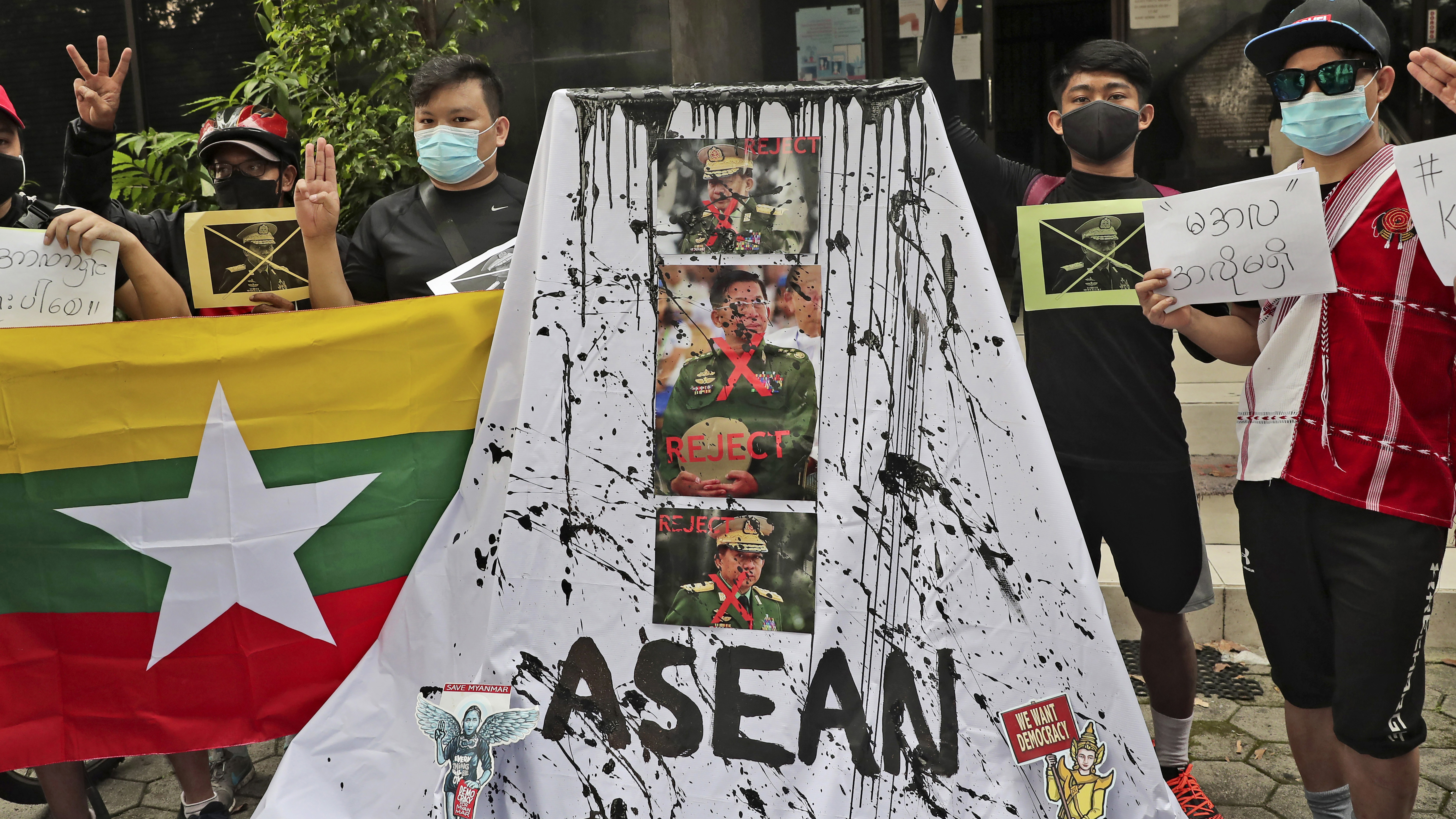 The military took Ms Suu Kyi into custody on the day of its takeover, and she has not been seen in public since then, though she has appeared in court in several of her trials.

The maximum penalty for each count is three years' imprisonment and a fine.

Other cases against Ms Suu Kyi now being tried cover the alleged unregistered import and use of walkie-talkies by her security guards; violation of the Official Secrets Act, in which jailed Australian economist Sean Turnell is a co-defendant; and four separate corruption charges covering the alleged acceptance of a bribe and abuse of office to obtain favourable terms on property transactions. 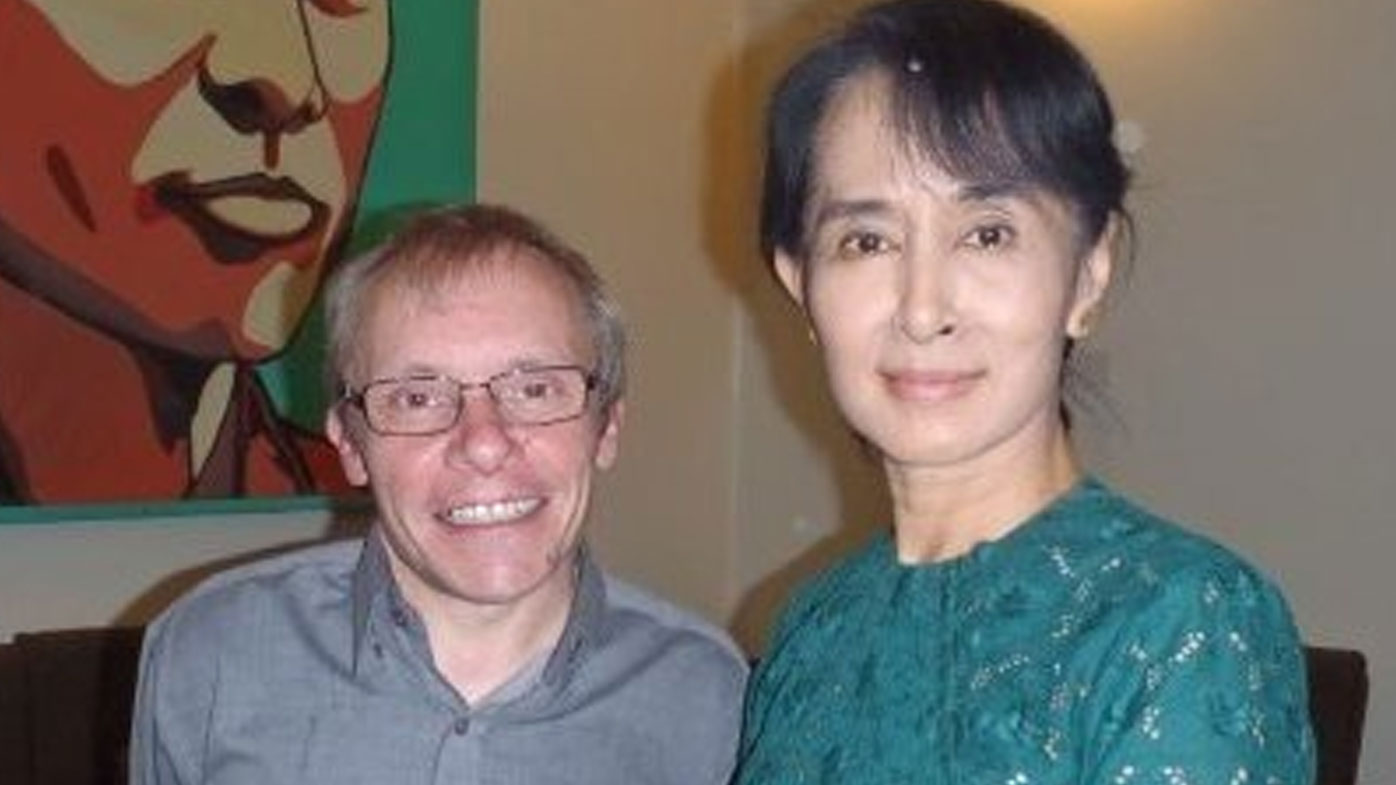 Each of the corruption charges has a maximum penalty of 15 years' imprisonment and a fine.

A trial on a fifth corruption charge has not yet started, and state media last week announced a sixth charge has also been filed against Ms Suu Kyi.

The latest charge accuses her and Win Myint of corruption in granting permits to rent and buy a helicopter.

In mid-November, the military-appointed election commission announced it intended to prosecute Ms Suu Kyi and 15 other senior political figures for alleged fraud in the last election, which could result in her party being dissolved.

The military has declared it seized power because of widespread election fraud, a claim that independent election observers say lacks evidence.