The COVID-19 pandemic will not last forever.

It will likely continue to fizzle and fade as it heads towards its third year, resurging with new variants and then waning in the face of vaccines, mitigation measures and human behaviour. But even if the virus is never stamped out, immunity will improve and the world will eventually be able to live with COVID.

On that, experts generally agree. "The large majority of infectious disease specialists think, and have thought for many months, that SARS-CoV-2 is here to stay," said Paul Hunter, professor in medicine at the University of East Anglia in the UK. 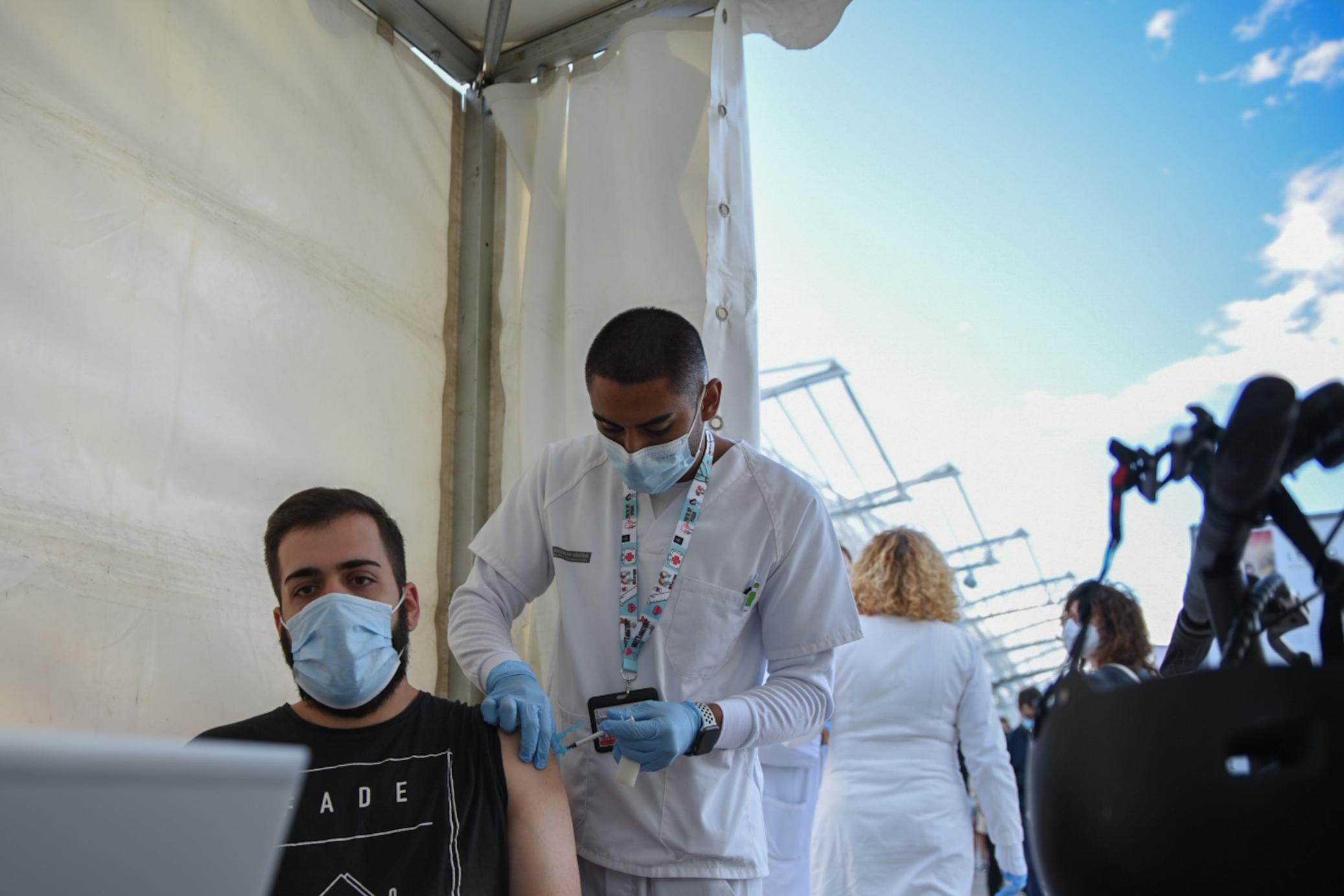 "Our grandchildren's grandchildren will still be catching (the virus)," he said. But "COVID, the disease, will become part of our history as the infection morphs into just another cause of the common cold."

There is, however, a far more pertinent question, the answer to which is frustratingly elusive: How long will it take to get there?

And that answer is not up to luck — it is, at least in large part, within our hands. Pandemics fade out of view as a result of human efforts like vaccine development, contact tracing, genomic analysis, containment measures and international cooperation. In short, the world has a toolkit to bring an end to the pandemic as quickly as possible.

The problem? Even after 20 months, those tools are not being put to best use. "This is the major issue: There was never a plan, (and) there still isn't a plan at a global level," said Andrea Taylor, assistant director of programs at the Duke Global Health Institute.

"We're not good at dealing with global crises as a world — we don't really have the infrastructure, or leadership, or accountability," she added.

Some countries have fared better in the face of COVID than others. But to accelerate the endgame, countless experts — including Taylor — are calling for a new, global approach, particularly when it comes to vaccines, treatments and information sharing. 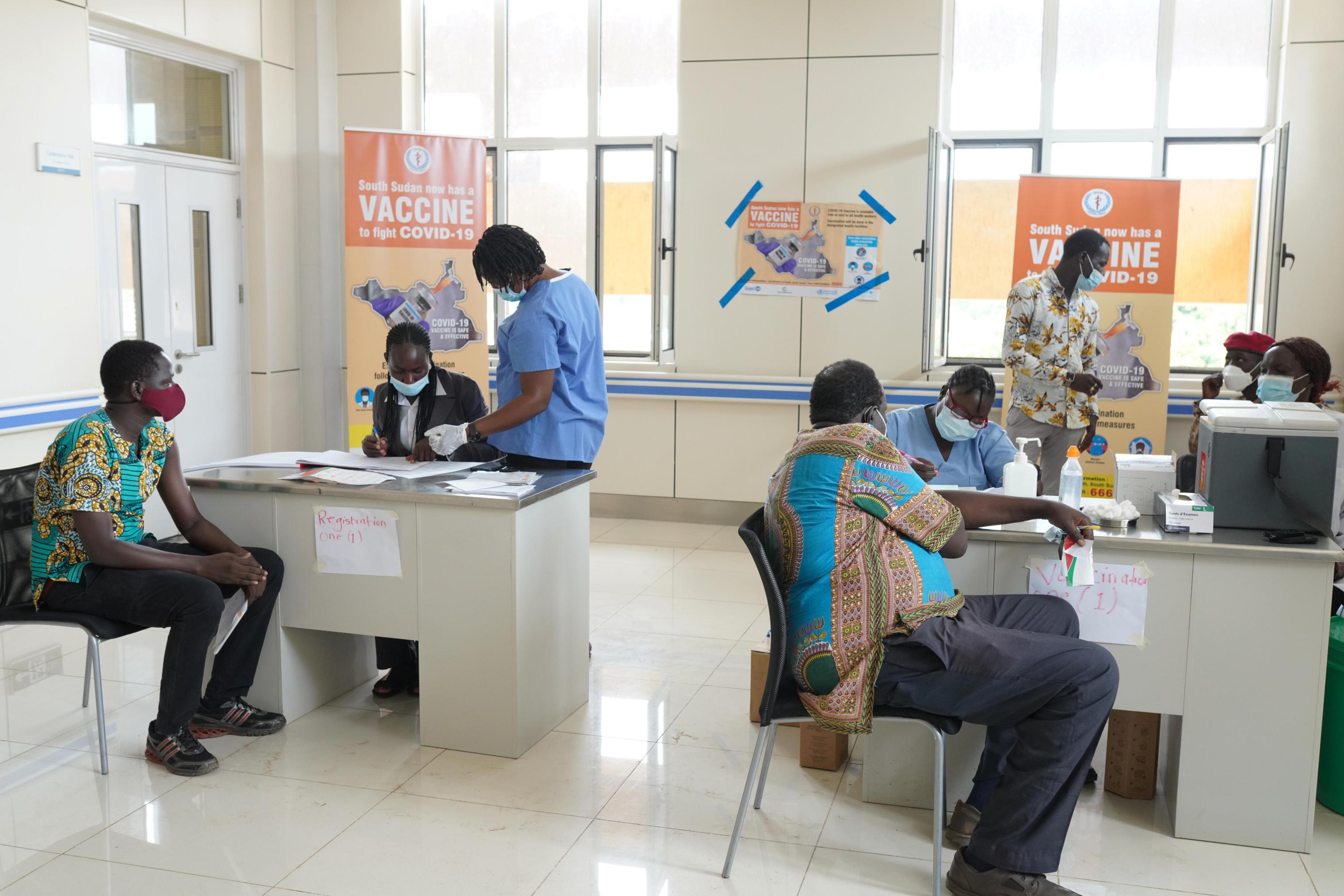 Such an effort is the best way to end the pandemic quickly, they say — and unless it happens, people in every corner of the world could still be living under a COVID cloud through 2022 and beyond.

"We knew ahead of time what would happen if we took this nationalistic approach, but we did it anyway," Taylor said. "And we are now living with the consequences of that."

If the world has an arsenal to help it end the pandemic, the most important weapon in it is an obvious one.

"The first tool that we have is the vaccine," says Roberto Burioni, a professor of microbiology and virology at San Raffaele University in Milan, a high-profile commentator on Italy's pandemic response.

The development of several vaccines, all highly effective in stopping severe disease and useful too in stemming transmission, was a world-first. The previous record to get a shot on the market was four years, but the COVID-19 pandemic ripped up all expectations and reset the gold standard in the field.

It is easy to see how crucial shots are to the concept of a COVID-19 endgame. "As more people get infected, vaccinated and reinfected, the severity of illness will gradually decline because of accumulating immunity — that is the theory," Hunter said. 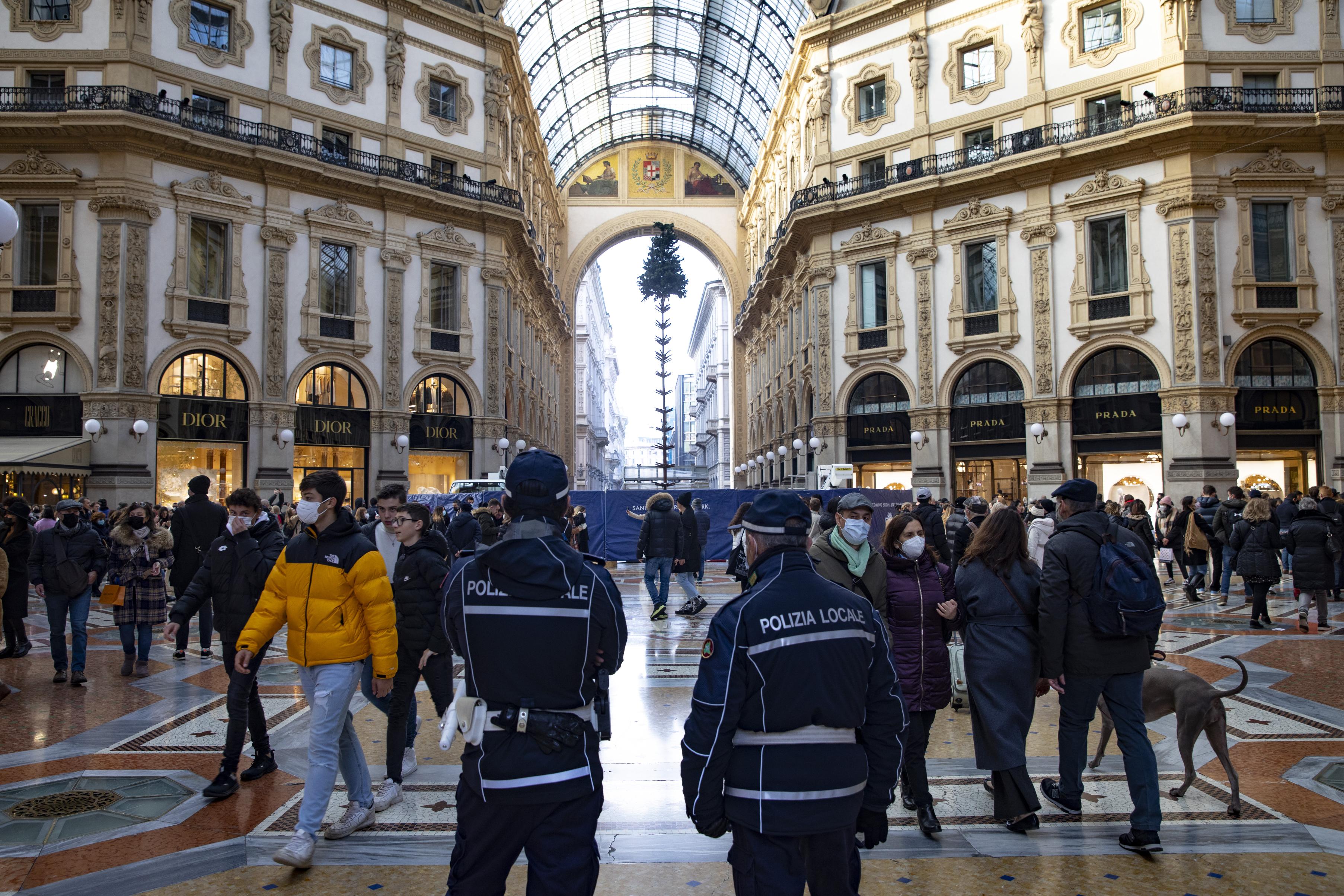 It is not enough to simply have a vaccine, though; it must be administered to as many people as possible, as many times as required.

Even in developed countries where the availability of shots is not an issue, gradually waning immunity, the transmissibility of new variants and pockets of vaccine skepticism have made clear that extremely high rates of coverage are needed to prevent waves of infections.

"What we should achieve is widespread immunisation," said Burioni. "One possible scenario is that, if we are able to vaccinate a huge majority of people, this virus will circulate but will not do much damage."

As well as their continued efforts to encourage unvaccinated people to get a first dose, richer countries now have two main planks to their inoculation strategies: ensuring school-age children are vaccinated, and administering booster shots — as many as prove to be necessary to keep protection high.

"Vaccination of children could have a huge impact on the future," Burioni said. 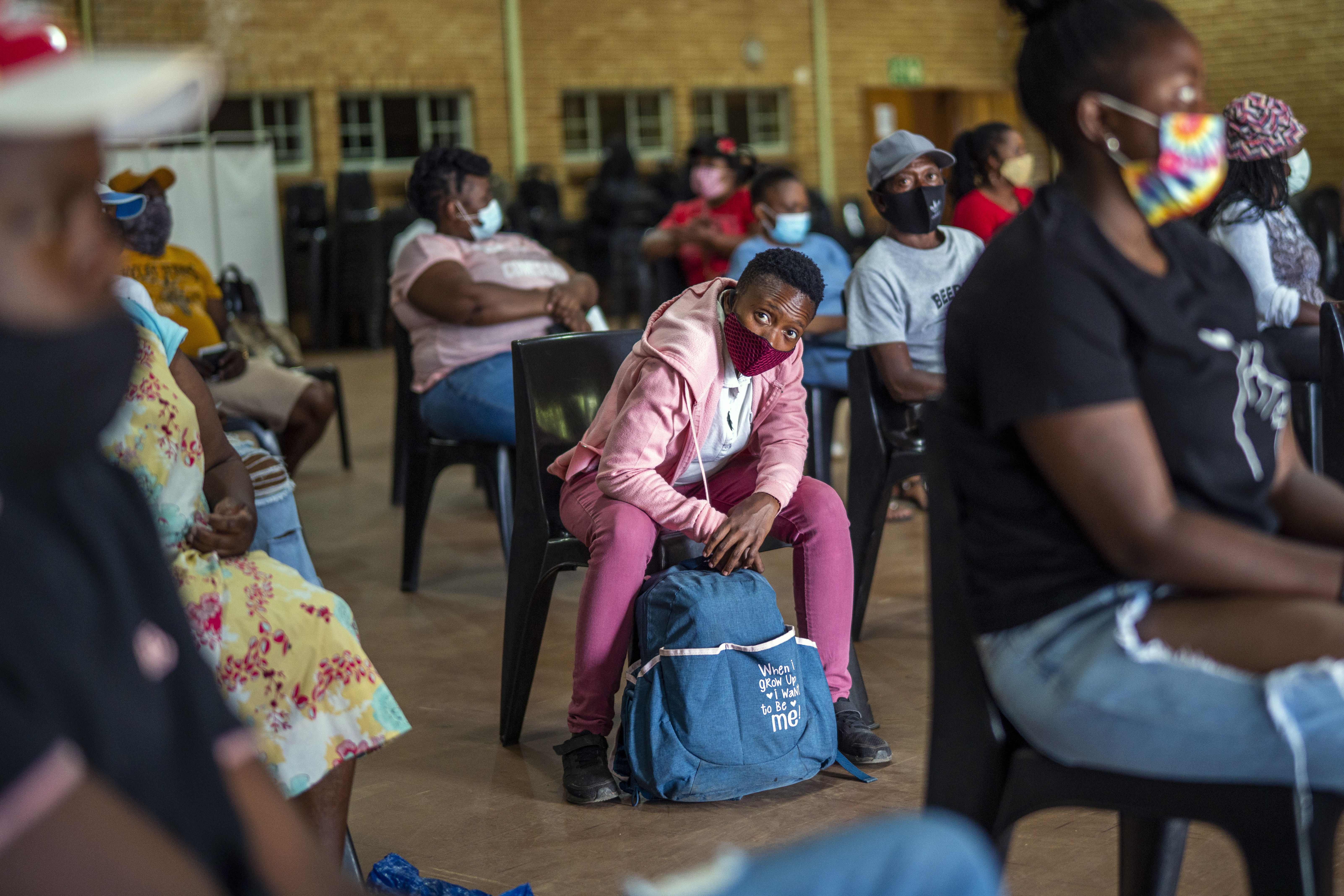 School-age vaccination rollouts are being ramped up in much of the world, and in the US, the Food and Drug Administration recently approved Pfizer's vaccine for children aged 5 through 11.

And the UK announced a deal Thursday to purchase 114 million extra doses of the Pfizer jab for its 67 million citizens for 2022 and 2023. It is a move that many developed nations are expected to make as they prepare for a future where vaccines are administered on a semi-regular basis.

"We don't know how many boosters we will need, but this is a problem of a logistic and an economic nature," Burioni added.

That is the case, at least, in the world's developed regions.

But the world has had ample evidence that the COVID-19 will remain a threat anywhere until it's under control everywhere — and experts warn there is dramatic action needed to achieve that goal.

The emergence of the Omicron variant in sub-Saharan Africa, where vaccination rates are low, has underlined once more the importance of a strategy to vaccinate poorer nations.

The problem? There isn't one, some experts warn. 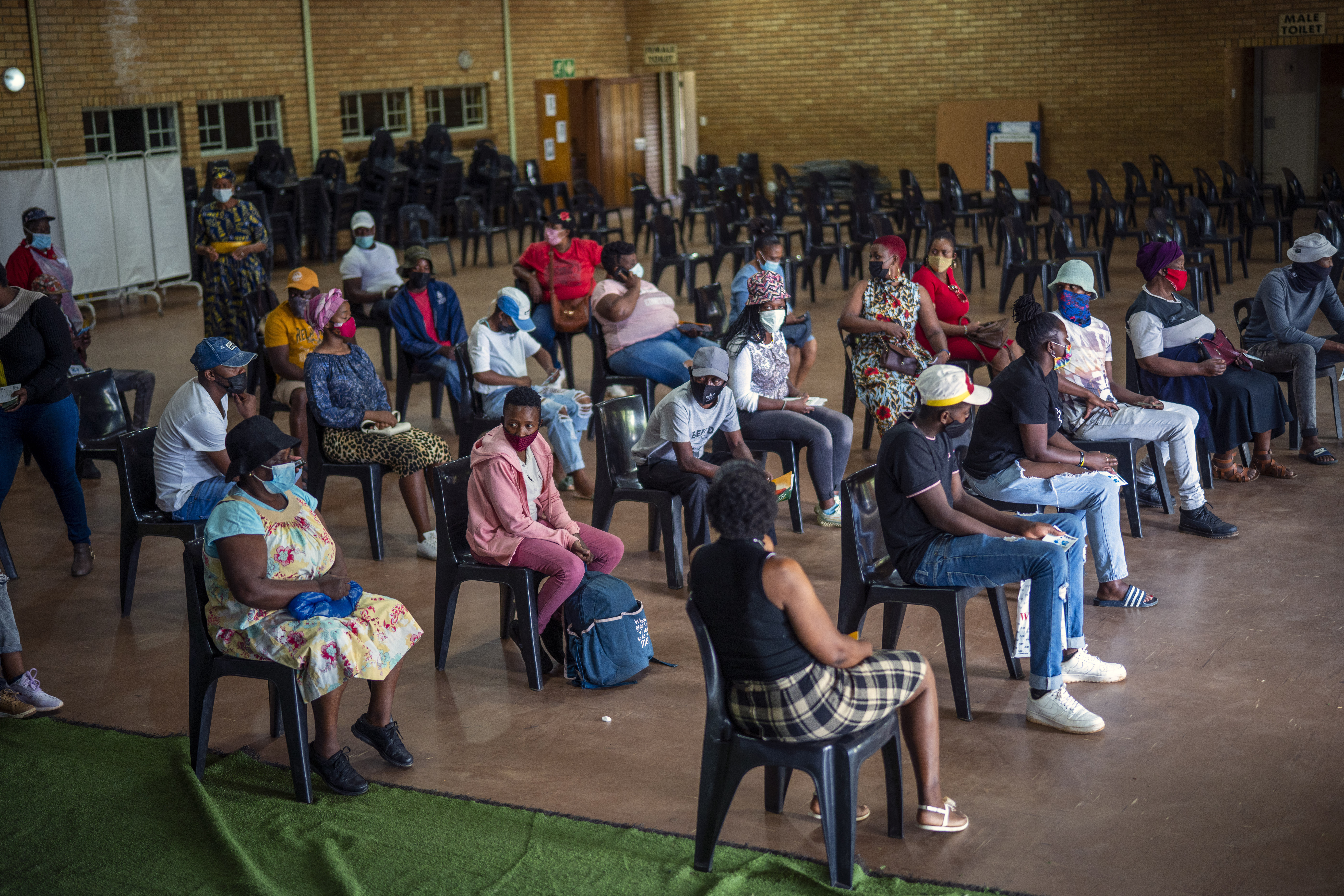 The potential consequences of that disparity are obvious: New, globally problematic variants of the virus have all been first detected in places that experienced large, uncontrolled outbreaks where vaccine coverage was low — Alpha in the UK last December, Delta in India in February, and Omicron in sub-Saharan Africa.

"Vaccine inequity … will prolong the pandemic," said Michael Head, a senior research fellow in global health at the University of Southampton. "The best way to be selfish" is to be unselfish, insisted Burioni. "You need to provide vaccines to all of the world." 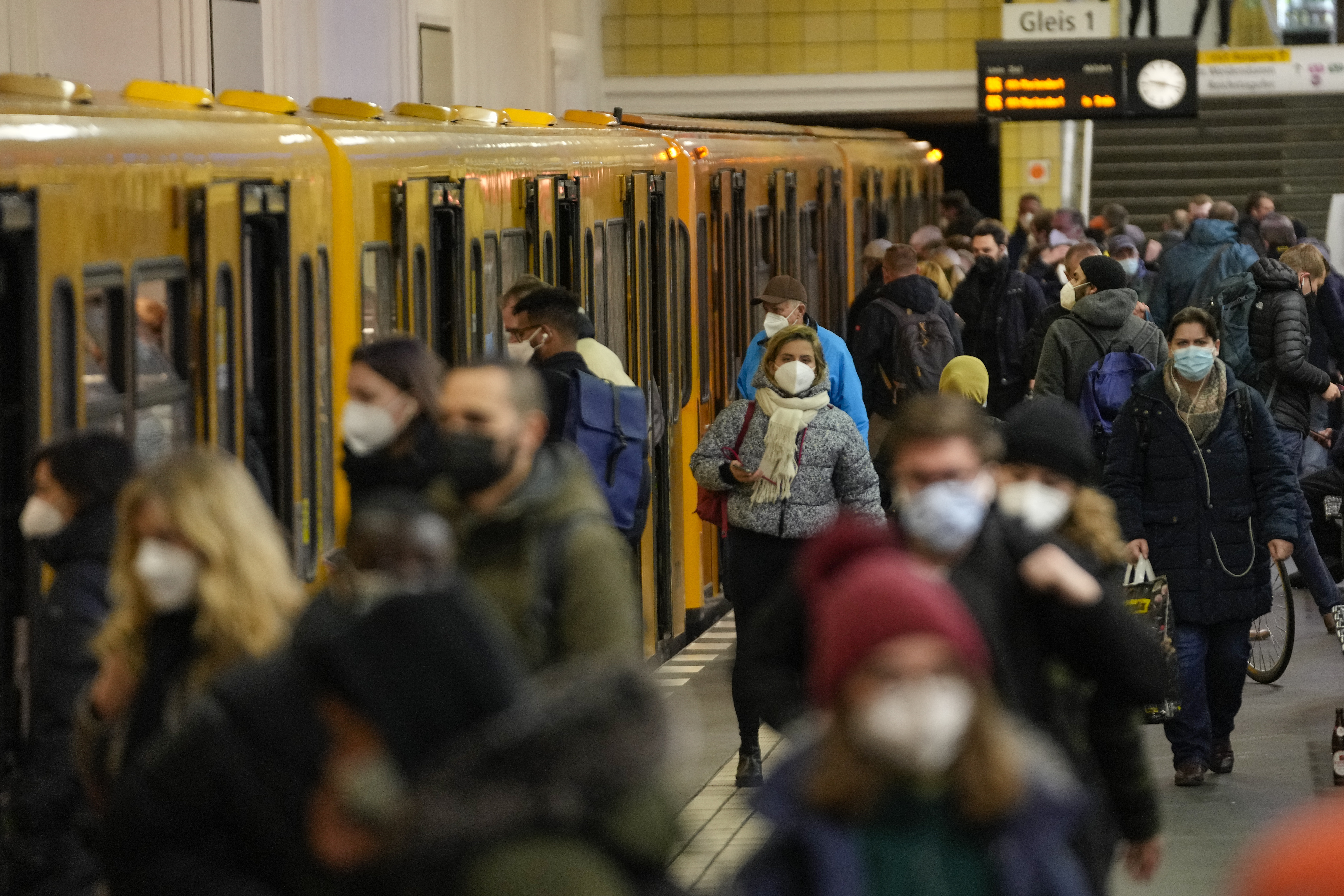 The solutions are less clear-cut — but they are not out of reach.

Firstly, supply of vaccines needs to be increased and stabilised. WHO's vaccine-sharing program COVAX forecast in September that 25 per cent fewer doses will be provided to the developing world than previously anticipated.

"It's feast or famine at the moment — (countries) get nothing for three months, and all of a sudden they get millions of doses," said Taylor. "Supply has to come in a predictable, reliable manner."

Head, who has published research on vaccine supply in Ghana in the past year, added that when vaccines do arrive through COVAX, they have often been close to their expiry date, and were not accompanied by the necessary freezers or equipment to transport them throughout their destination countries.

He called for the creation of new vaccine production centres in Africa to establish a more reliable flow of shots. WHO blamed shortfalls at one Johnson & Johnson plant for its missed COVAX target in September, and backlogs at an Indian plant developing AstraZeneca vaccines caused supply issues in the United Kingdom and the EU in the first months of 2020 — showing the dramatic effect that just a single facility can have on global distribution.

"Supply has to be coupled with financial support to make sure that those doses can get into arms," Taylor added.

Richer countries should also be funding research and on-the-ground help to nations where vaccines aren't being distributed quickly, Head and Taylor agreed. "There's a real lack of clear data about what's happening on the country level across sub-Saharan Africa. We need more clarity on that, so we can understand the scope of the problem," Taylor said. 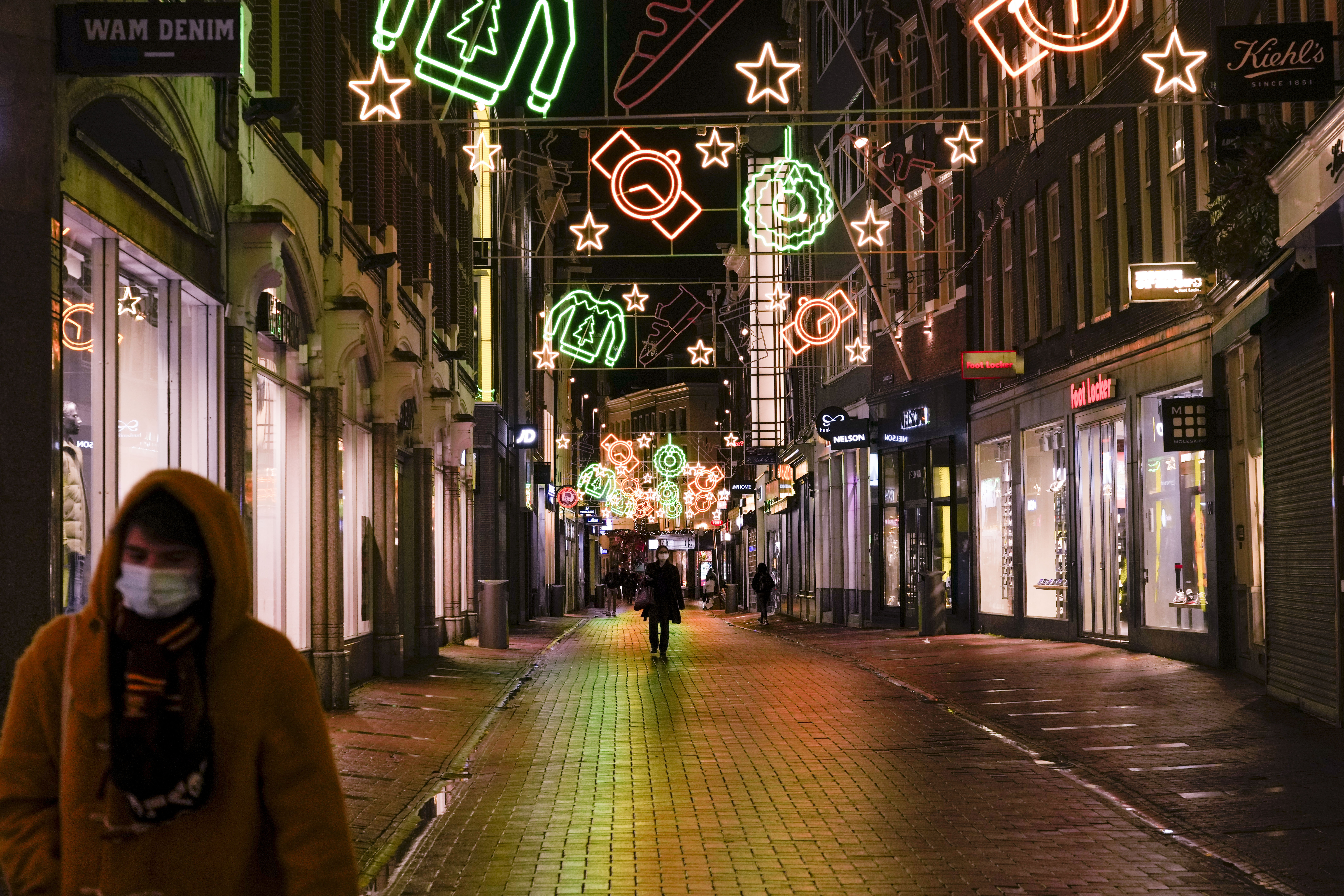 That's the issue Duke's COVID Global Accountability Platform, which Taylor helps run, is attempting to address. The initiative is providing analysis of trends and obstacles in poorer nations where vaccine rollouts have been stuttering.

And developed nations should lead by example, too. Head said participants in his Ghanian study "were seeing how the Western world had handled the AstraZeneca vaccine," which is the shot that COVAX most relies on but which suffered several false starts during its rollout in Europe. This included a number of countries suspending the rollout of AstraZeneca shots in March over blood clot concerns. Europe's medicines regulator later pronounced it safe to use but confidence was undermined.

Vaccine hesitancy among his participants increased after those hiccups and pauses in the European rollout, Head said. "What we see and do in the global north in regards to vaccines is seen and heard in other parts of the world."

But above all, experts are calling for leadership.

"It's really similar to what's facing us with climate change — we have leaders who are leaders of nations, we don't really have global leaders. We don't have global accountability," said Taylor.

Fighting the next pandemic

National measures are still vital as the pandemic inches closer towards its final phase, experts say. Waves will continue to hit different nations at different times, and "countries will need to work within their own experiences and capabilities," Head said.

That could mean a selection of measures to keep COVID at bay are here to stay. "As individuals, we should keep protecting ourselves and protecting people around us through face masks, social distance, and vaccination," said Ana García, professor of preventive medicine and public health at the University of Valencia in Spain, a country which has achieved a high vaccination rate but has kept in place rules on masks. 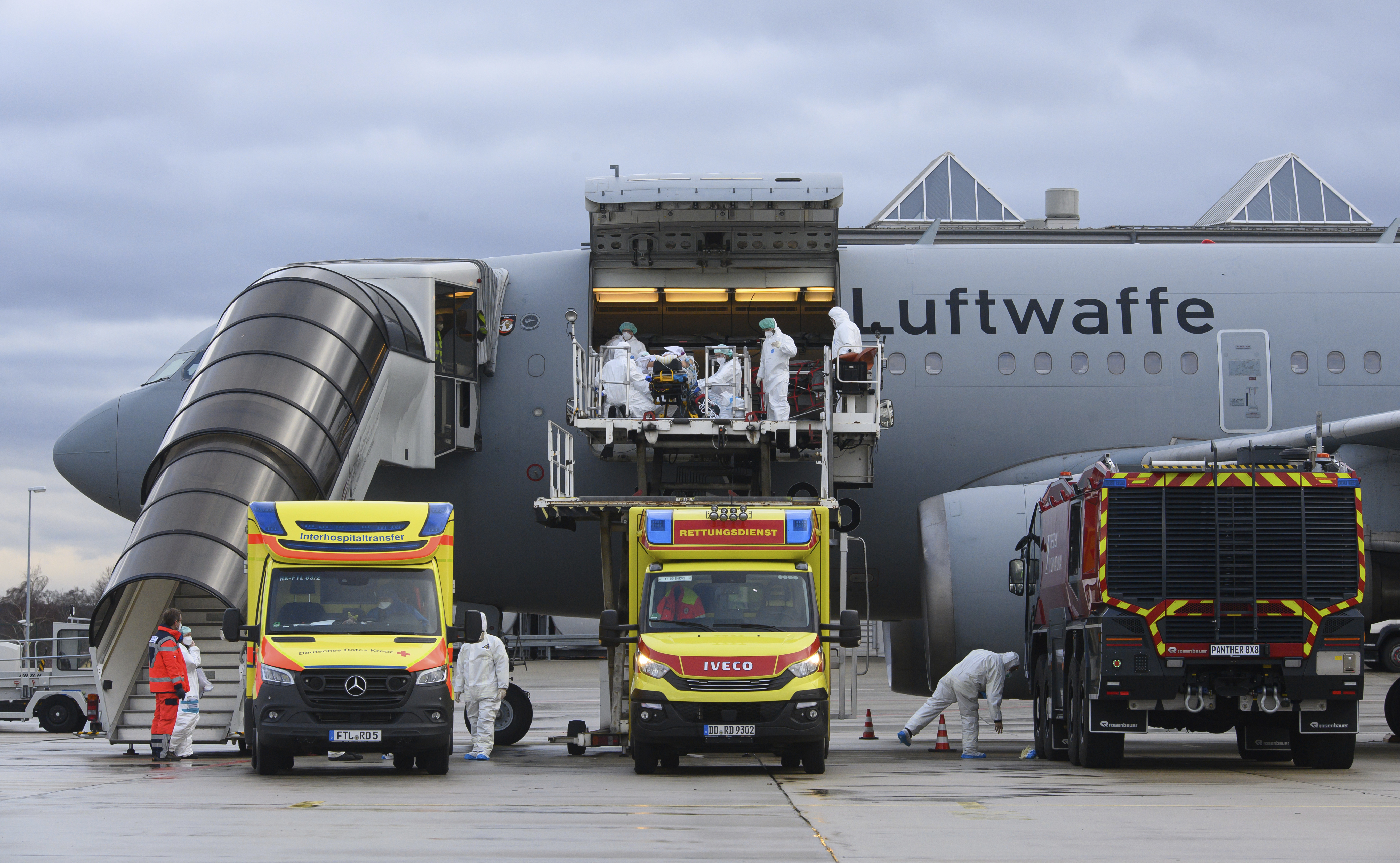 But it must be coupled with an international outlook to speed up the pandemic's endgame.

"We have been talking about globalisation for a long time (in) commerce, finance, tourism," Garcia said. "This pandemic — as (with) climate change — seems like a test. It seriously requires us to act like in a global world."

That sentiment has been echoed by world leaders, but experts say action hasn't followed.

Most recently, travel bans placed on South Africa and other nearby nations after authorities successfully detected the emergence of the Omicron variant have divided scientists.

South African President Cyril Ramaphosa has complained the bans are "unjustified," and they have been condemned by the UN and WHO. "It's deeply concerning to me that those countries are now being penalised by others for doing the right thing," WHO Director-General Tedros Adhanom Ghebreyesus added Wednesday.

"There's a very real risk that what we're doing now is discouraging them from coming forward with the next one," Taylor said. "Because there will be a next one."

Experts are calling for countries to come together on COVID, not pull apart — and that call was taken up by WHO this week when it called for a global treaty to avoid the same mistakes when the next pandemic strikes. 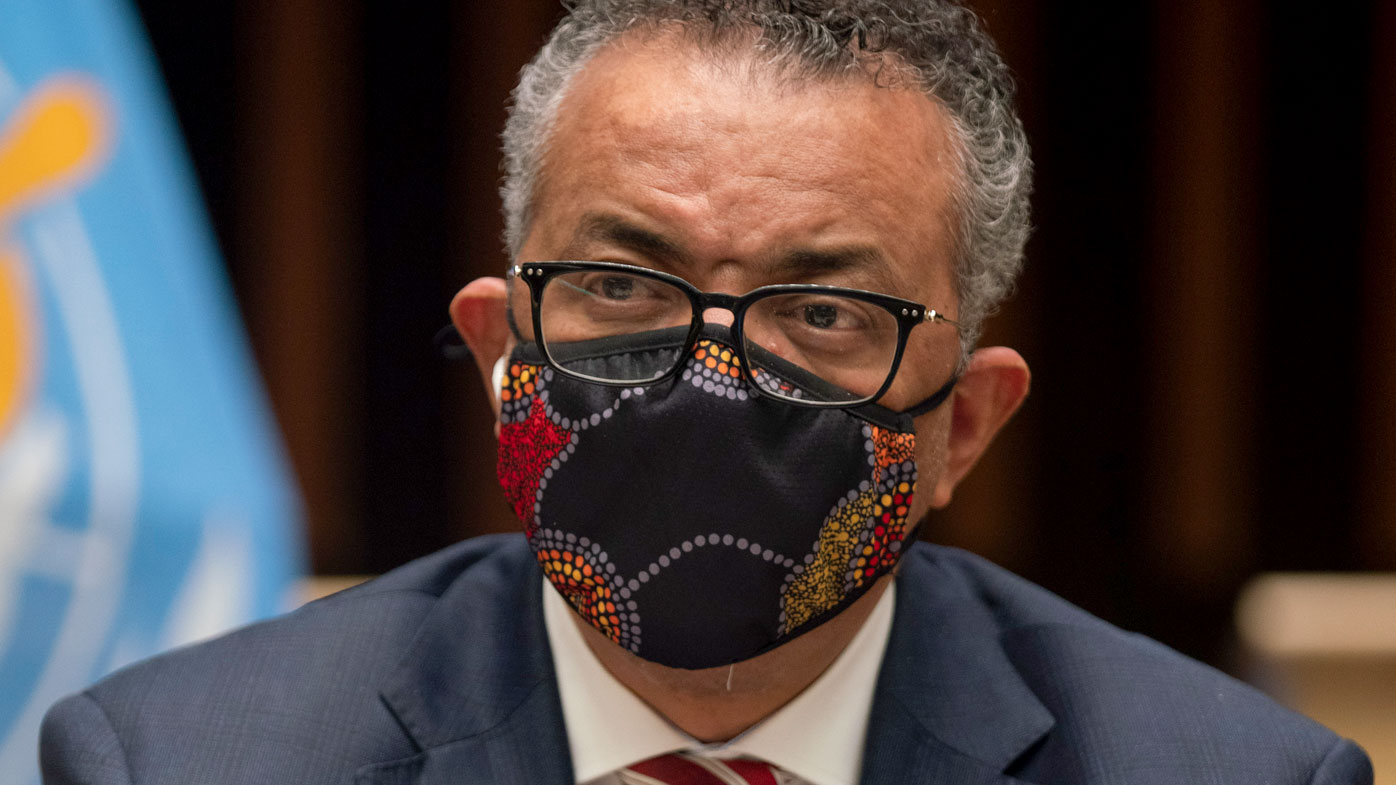 "Omicron demonstrates just why the world needs a new accord on pandemics: Our current system disincentivizes countries from alerting others to threats that will inevitably land on their shores," Tedros said.

"At its heart, the pandemic is a crisis of solidarity and sharing," he said.

It may be a tough sell. Several scientists raised parallels with the push to fight climate change — an effort which, even at this critical hour, is being slowed by competing national interests.

But it's a proposal that many are desperate to see realised. "Some kind of binding legal agreement that countries sign onto could give us something of a coordinated global plan, which is what we're lacking now," Taylor said.

"We're never going to make a successful case on altruism," she concedes. But with a fresh outbreak anywhere in the world threatening every country, "you can make a nationalistic case for the need to do things in a coordinated, global way."

"It would make all the difference," Taylor said. "If we could make it happen."