As the US Supreme Court court weighs the future of the landmark 1973 Roe v Wade decision, a resurgent anti-abortion movement is looking to press its advantage in state-by-state battles while abortion-rights supporters prepare to play defense.

Both sides seem to be operating on the assumption that a court reshaped by former President Donald Trump will either overturn or seriously weaken Roe.

"We have a storm to weather," said Elizabeth Nash, state policy analyst for the Guttmacher Institute, a research organization that supports abortion rights. 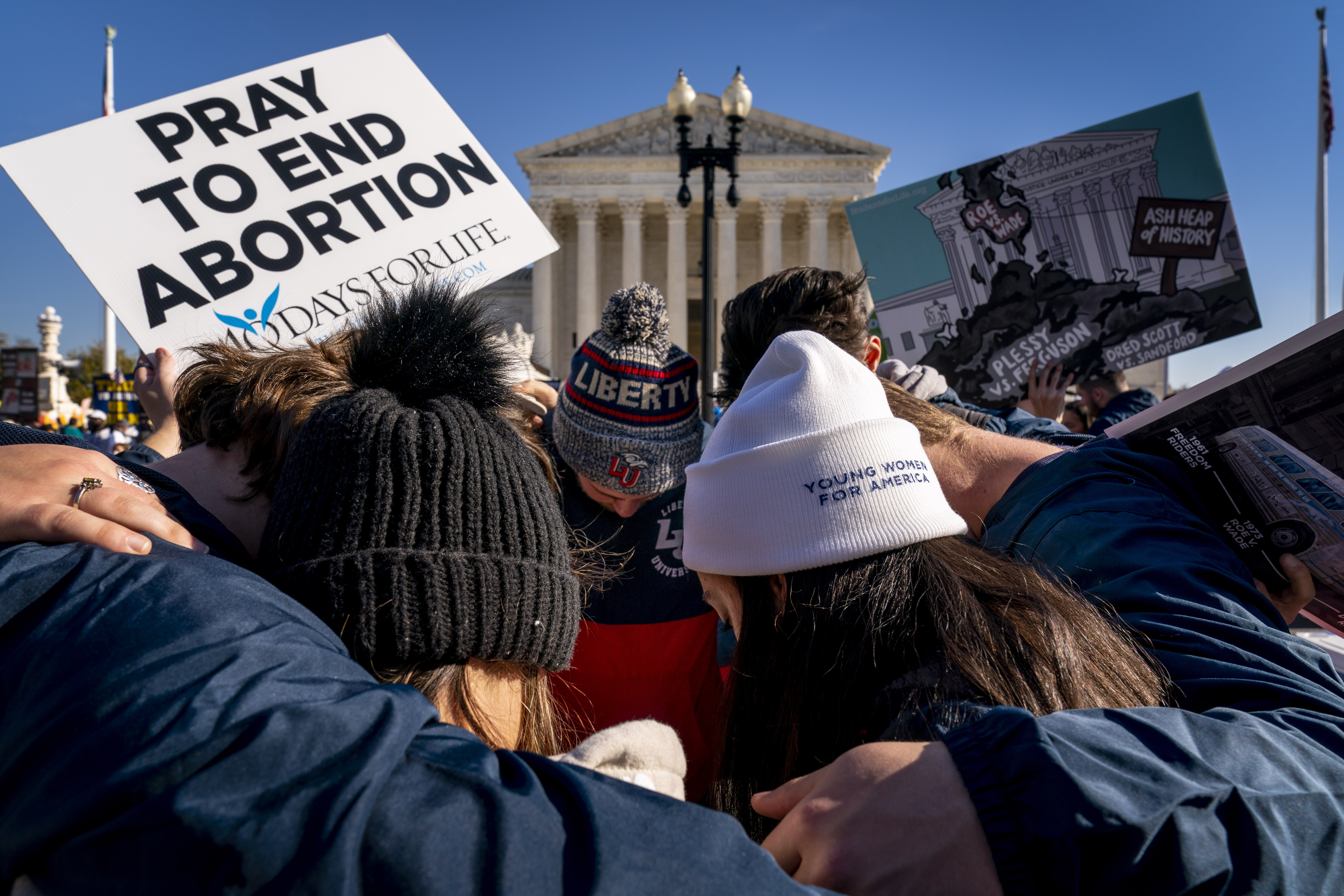 "We have to weather the storm so that in the future — five, 10, 15 years from now — we're talking about how we managed to repeal all these abortion bans."

The institute estimates that as many as 26 states would institute some sort of abortion-access restrictions within a year, if permitted by the court.

At least 12 states have "trigger bans" on the books, with restrictions that would kick in automatically if the justices overturn or weaken federal protections on abortion access.

The current case before the court, Dobbs v Jackson Women's Health Organization, concerns a Mississippi law that bans abortion after 15 weeks of pregnancy.

Roe v Wade, which was reaffirmed in a subsequent 1992 ruling in Planned Parenthood v Casey, allows states to regulate but not ban abortion up until the point of fetal viability, at roughly 24 weeks. 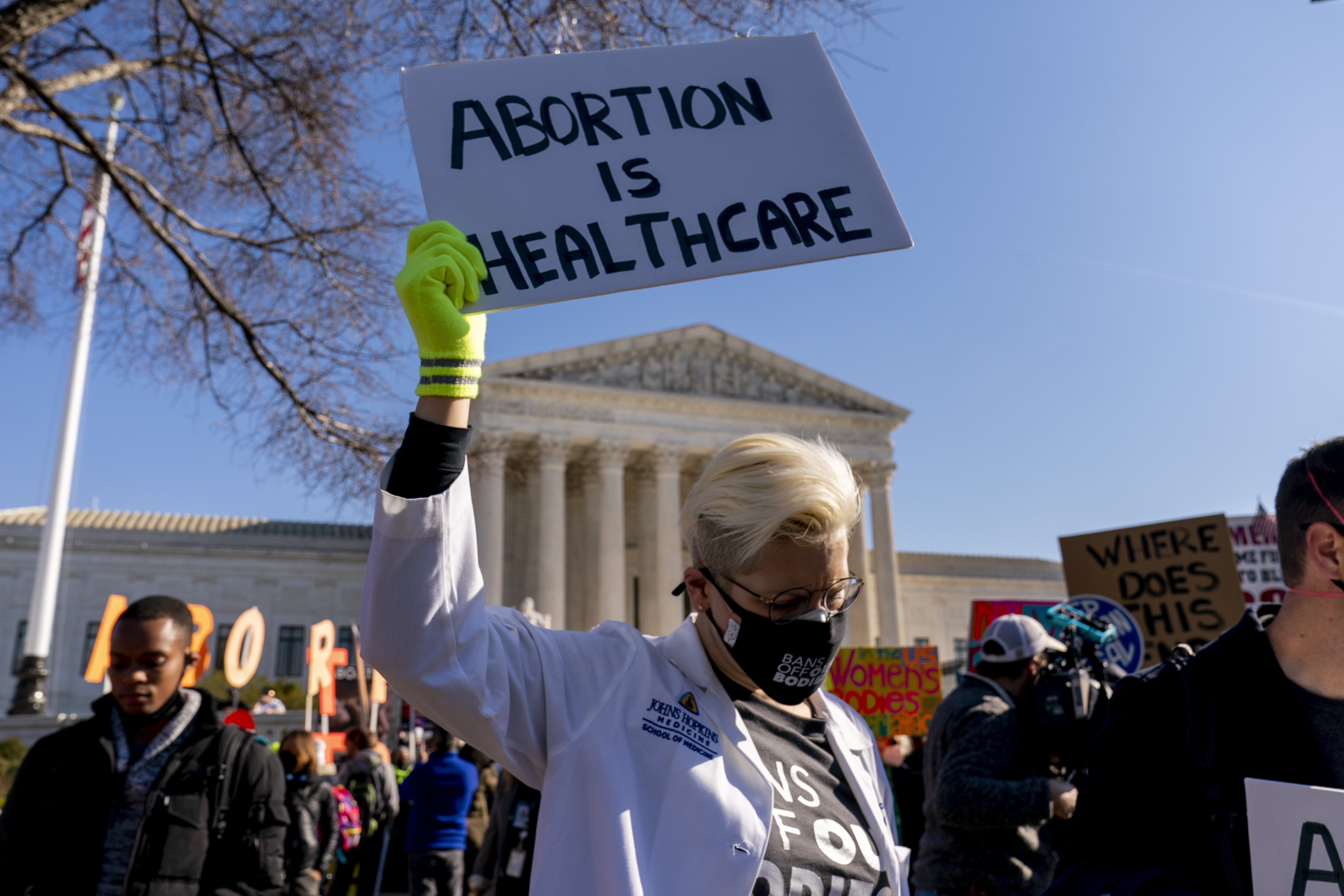 The fate of the Mississippi case won't be known for months, but based on opening arguments, Roe appears to be in peril. All six of the court's conservative justices, including Trump appointees Neil Gorsuch, Brett Kavanaugh and Amy Coney Barret, indicated they would uphold the Mississippi law.

"There's no doubt that what we heard from the Supreme Court was incredibly disturbing," said Ianthe Metzger, director of state media campaigns for the Planned Parenthood Action Fund, one of the most prominent advocates of abortion access rights.

"It wasn't really surprising but it was alarming."

Susan Arnall, director of outreach for the anti-abortion Right to Life League, said she was particularly encouraged by Justice Samuel Alito's emphasis on the concept of "viability" for the fetus as a guiding principle on when to ban the termination of a pregnancy. 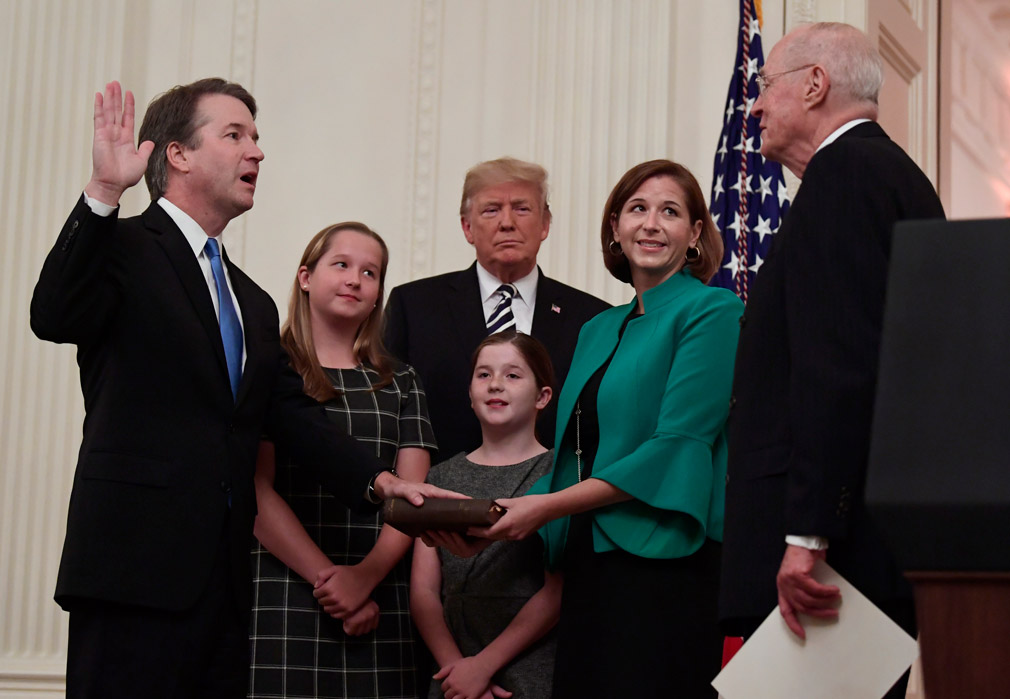 She predicts that modern advancements in medicine will continue to shrink the window in which a fetus is not viable, opening the door to a host of medically intricate state-level debates.

"Viability is something that is subject to medical science," Ms Arnall said.

Both sides seem to have been preparing for this moment for years, particularly with Trump having installed more than 200 federal judges and three Supreme Court justices during his presidency.

Pro-abortion-access groups donated US$8 million ($11.4 million) in 2018 and more than US$10 million ($14.25 million) in 2020, according to Open Secrets, a nonpartisan group that tracks political spending. Those numbers outpace the public contributions of anti-abortion groups, which donated US$2.6 million ($3.7 million) in 2018 and US$6.3 million ($8.98 million) in 2020, according to Open Secrets. But the complexity of the network of nonprofits and "dark money" funds makes it difficult to produce a full accounting of the money flows.

While Washington is the primary current battleground, many leaders of the conservative movement are treating the judicial battle as won and Roe's demise as an inevitability. The next battleground will be a shifting cat-and-mouse fight in state legislatures and in next year's elections across the country.

"People are realising that seven months from now, we'll probably be dealing with this on a state level," said Brian Burch, president of CatholicVote.

"This will become much more prominent in state electoral races, especially governor's races." 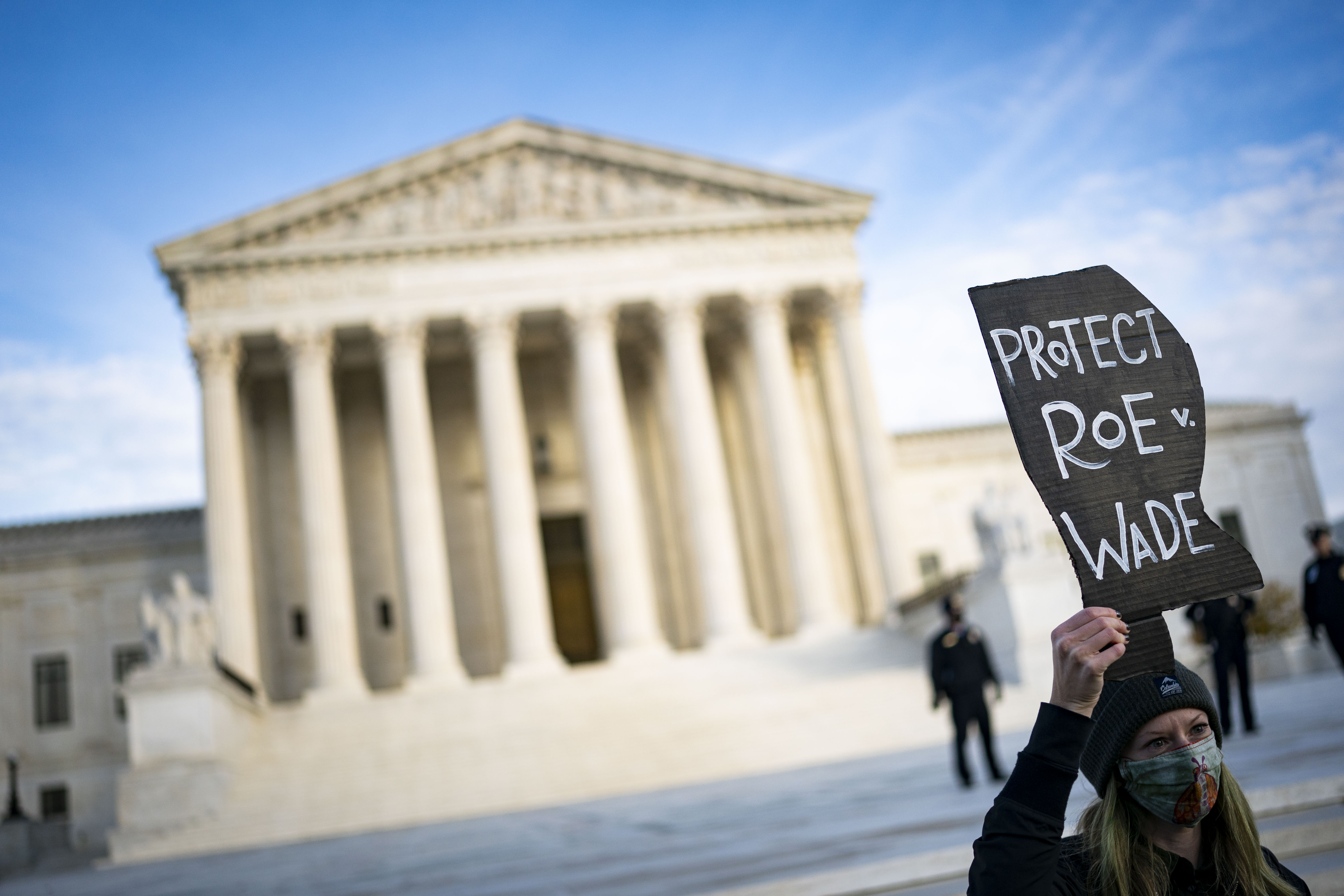 Legislatures in many Republican-led states are poised for action depending on the Supreme Court's ruling. On Wednesday, the 6th US Circuit Court of Appeals vacated previous rulings that had blocked a Tennessee law that included banning abortions once a fetal heartbeat is detected — about six weeks — and ordered a rehearing by the full court.

"The battle has been happening in the statehouses for decades and it's going to intensify," Ms Nash said.

The Supreme Court's ruling is expected around June, almost guaranteeing that the issue will dominate next fall's congressional elections as well as state-level races from coast to coast.

"That's perfect timing, just ahead of the midterms," said Ms Arnall of the Right to Life League.

The ruling could set off a flurry of activity concerning medicinal abortions — a medical option that didn't exist when Roe became law. The pills were approved by the Food and Drug Administration in 2000, with restrictions that included requiring an in-person clinic visit before someone could be prescribed the two-pill regimen and a ban on sending them through the mail.

Those restrictions were relaxed during the coronavirus pandemic. Women seeking the pills can now receive them in the mail after a long-distance consultation with a doctor and they don't need to visit a clinic.

The FDA is scheduled to review that stance soon but either way, those policies are expected to come under immediate attack by Republican-held statehouses.

"Medicinal abortions will be very high on the agenda." Ms Nash said.

"This is the new frontier."

Texas, which has enacted a law effectively banning most surgical abortions after six weeks, has a new restriction that makes it a felony to provide the medical abortion pills after seven weeks of pregnancy and criminalizes sending the medication through the mail.

"A coordinated disinformation campaign by anti-choice, anti-freedom politicians and activists has again allowed Texas to push care out of reach — particularly for those already marginalized by our health care system," NARAL Pro Choice President Mimi Timmaraju said in a statement.

"There is no end to the cruel measures anti-choice extremists will push in their quest for power and control."

Despite the historic setbacks, proponents of abortion access claim they are prepared for the state-by-state fight and are devising multiple ways to help women seeking abortions travel to states where they can receive them. Ms Metzger, of Planned Parenthood, predicted that the renewed threat will spark a massive wave of public support for abortion rights.

"There's no doubt that (abortion opponents) have been playing a 40-year game," she said.

"For us, it's just continuing to sound the alarm. People are seeing that the threat is very real. This is not a theoretical argument anymore."