Halo Infinite may be late to the party, but that extra year has thrust Master Chief into an open world that delivers on the promise of becoming a Spartan better than any Halo to date.

We finished the fight and since then, the series has faltered, adding to the already crushing weight of expectation on developer 343 Studios, which was taking the series into an open world for the very first time. 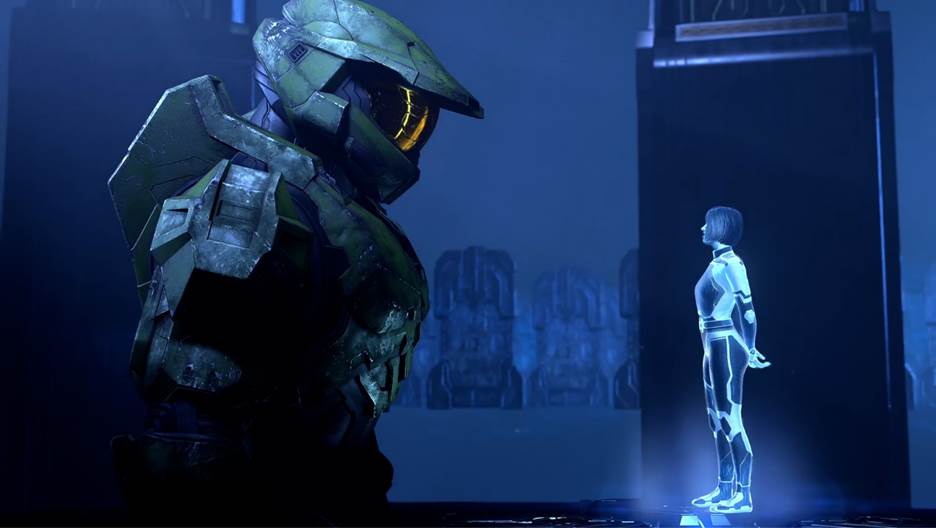 The team's dedication to polish should be applauded in an era where so many others release big-name games with a bevy of bugs.

To prepare myself for the Halo Infinite campaign I jumped on YouTube to watch a couple of story recaps, making sure I was up to speed.

I'm glad I did because Halo Infinite hits the ground running. Players are expected to know at least a small amount about the series before playing; I would definitely recommend either playing through the series from the beginning, or simply watching a YouTube refresher.

By this point I was ready to jump into Halo Infinite. 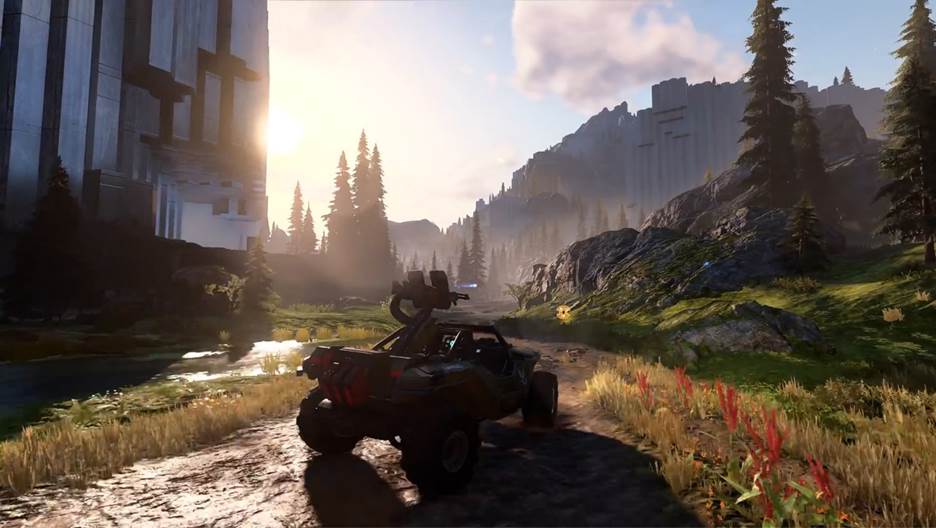 With any new game on a next-generation console, you expect the graphics to simply blow you away. Yes, it's true, Halo Infinite looks incredible.

Its open world is vast and its lighting is outstanding. But it's nothing we haven't seen this past year.

If Halo Infinite was a launch title for the Series X, it would've no doubt blown us all away with its look and feel. But now we've had more than 12 months to dissect the graphics of dozens of next-generation titles — you could almost say we've been spoilt.

That's not to say Halo Infinite isn't a next-gen experience. It's by far one of the best-looking games of 2021.

Halo infinite runs in 4K at 60fps, and like with any new release this past year, it's always difficult to choose picture quality over performance (waiting patiently for the day the two go hand-in-hand).

It's also the first Xbox game to take advantage of both Dolby Atmos Sound and Vision, another welcome addition. Special shoutout to the Halo soundtrack, the classic Halo theme is still, and will always be, the best piece of music to hype you up for a fight. 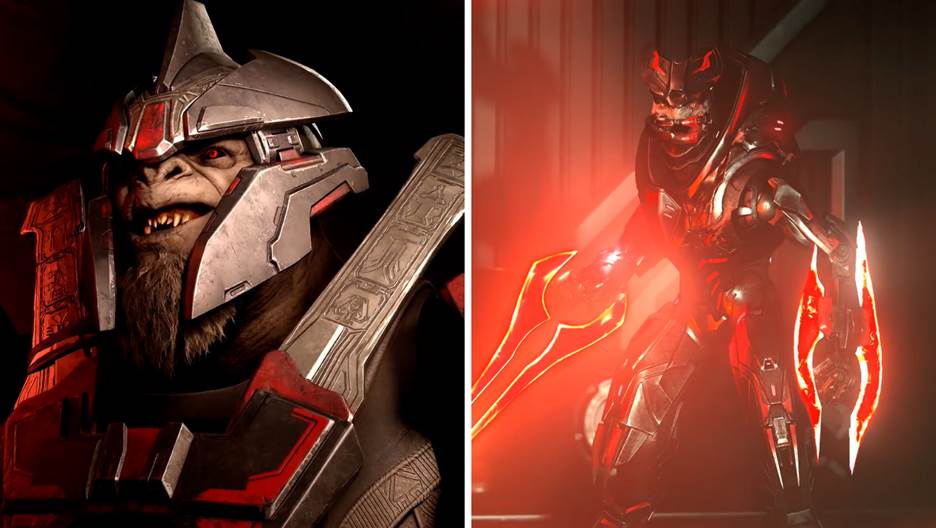 We've already seen and are familiar with the environments and biomes in the Halo universe.

From inside Halo's futuristic structures to the mountainous and grassy landscape, the classic look and feel remain.

While the biomes on Zeta Halo are scarce, they still provide a world full of variety to explore. You won't find any deserts or snowy tundras here but you honestly don't need them.

All we need now is an in-game photo mode to truly bask in Zeta Halo's beauty.

Firstly, Master Chief now has a grappling hook — and it's an absolute game changer.

Traversing the lands of Halo has never been more thrilling and accessible, especially with an open world.

There are dozens of vehicles available at your fingertips, simply locate and capture the nearest FOB (Forward Operations Base) and spawn one.

Taking over a FOB will reveal new key points on the game's map and allow you to change your loadout, spawn a vehicle and pick up some UNSC Marines to help you on your next mission. FOBs also unlock fast travel points for those with no travel time to spare.

Capturing FOBs and saving soldiers also give you Valor. Valor is a type of currency used to unlock new weapons and vehicles at your base — but it also serves as a way to track your progress through the game.

There were moments where I wished I could simply dive off a cliff and wingsuit myself to the next point, much like in Far Cry, but alas, MasterChief is a very heavy boy and that just isn't feasible.

But jumping off a cliff isn't an issue, wingsuit or not, for Master Chief — as always, there's no fall damage for this guy.

READ MORE: Five must-have tech gifts for everyone on your Christmas shopping list 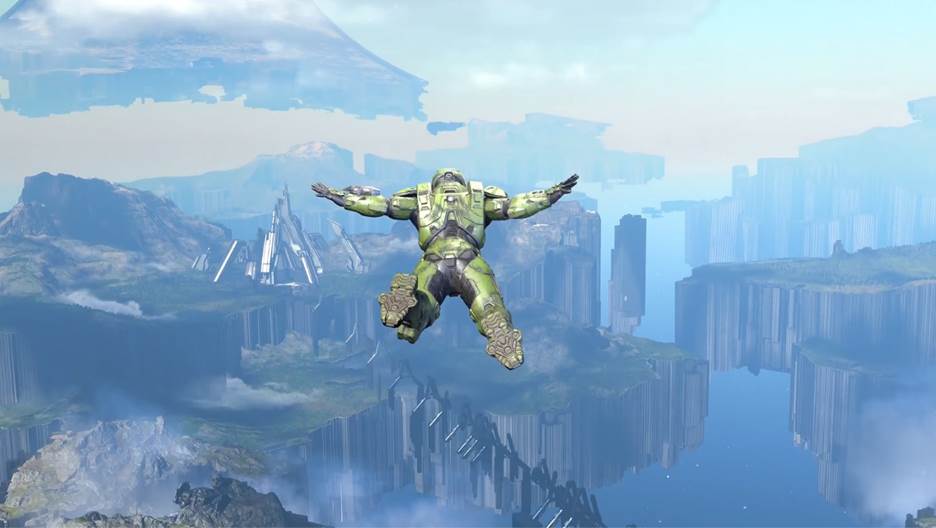 Early on in the game, I felt like there was no time to explore. Perhaps it was my experience with other similar titles.

But once you relax into the world, let your hair down so to speak, it becomes clear that there's no rush and everything Zeta Halo has to offer can be completed at your own pace.

Take over enemy bases, destroy propaganda towers, collect various items marked on your map to help you on your quest — it all sounds so familiar. But there's a difference between using a familiar mechanic with purpose, compared to simply adding something extra for players to do.

Everything you collect in Halo Infinite has purpose, from audio logs that drive the story forward to Spartan Cores that are used to upgrade MasterChief's equipment — it's all there to improve the player's experience with the game.

And if you're like me with games, if there's nothing to collect and nowhere to explore to find it, why bother making the world so large?

Without spoilers, the story for Halo Infinite is set a year and a half after the events of Halo 5.

Master Chief now needs to stop the Banished on Zeta Halo, all while unravelling the mystery of what happened to Cortana, his AI bestie.

Master Chief is a man of few words, but the story really is all about him. The supporting cast for Halo Infinite creates an emotional and gripping story that's deserving of the series.

Difficulty settings are locked in from the start, so if you're thinking of chucking it on easy mode to breeze through a boss — think again.

Load times are irrelevant in this day and age. While there are loading screens when you die and in between some missions, they literally only appear for one or two seconds.

Tips displayed on the screen are barely readable! But who needs tips when you can get back into the action so quickly? 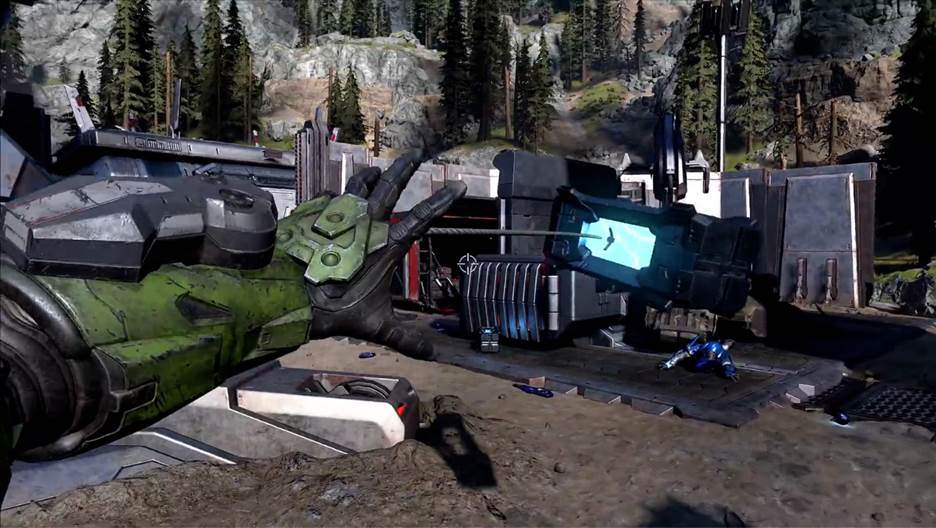 Vehicles are often your best weapon — much like in previous Halo games mowing down enemies is a joy — and you'll be using a lot of them.

It's not until you stumble across your first flying vehicle, the Banshee, that you truly get an idea of the scale of the map — and grabbing a Banshee from the sky has never been easier.

Using your grappling hook to pull yourself towards any vehicle, land or sky, is the ultimate badass move.

The satisfaction of launching yourself into the air, grabbing an enemy from the cockpit of a Banshee and dropping them to their doom will never get old.

All the classic weapons are there and more. But you can only carry two weapons at any one time, so choose wisely.

The grappling hook is also a beast when upgraded to add an electric charge. When an enemy is targeted they'll be stunned, allowing you to zip towards them for a killing blow.

You can upgrade Master Chief's abilities using Spartan Cores, which are scattered throughout Zeta Halo.

Halo Infinite will go down as one of the best new games on the console and there's no other game on the Xbox Series X|S that'll top it.

It's a near-perfect addition to the Halo series, but its unwelcome delay has seen its reputation dented, albeit ever so slightly.

This open-world addition to the series makes us excited for the future of the Halo franchise.

9News was provided early access to Halo Infinite by Microsoft and Xbox for the purpose of this review.