A man has made a remarkable escape as his boat went up in flames in Sydney's south.

The man had only had the sports cruiser boat for less than two weeks when the entire vessel was consumed by flames at Yowie Bay, sending out an enormous plume of black smoke.

The father in his 30s was forced to leap for his life and managed to get to a nearby boat ramp, remarkably escaping with barely a scratch. 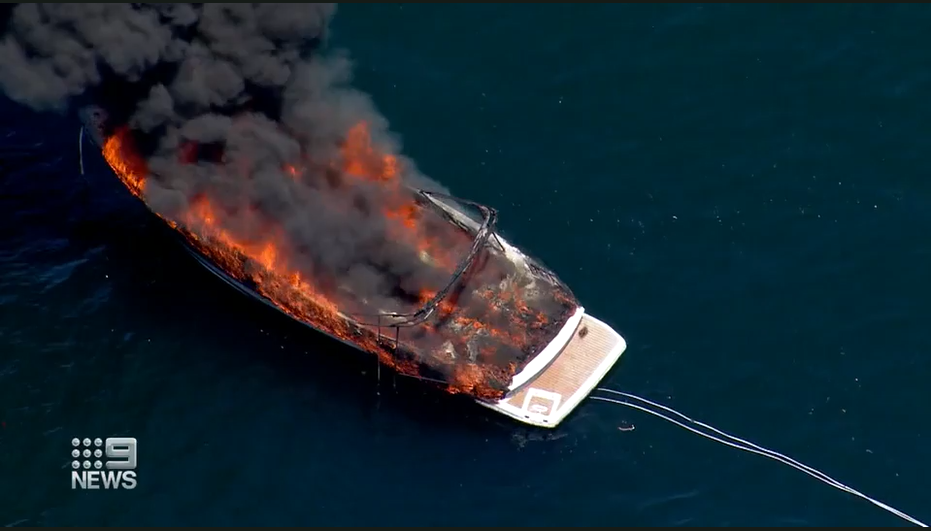 As flames took hold of the boat, witnesses jumped into their own boats to save other vessels close by.

"We ran a rope around the boat and pulled it out of the way of the other boats," Nathan Smith said.

Fire crews and marine police then managed to put out the blaze, but the $90,000 boat was already destroyed.

It was brought back to Yowie Bay Marina to prevent further hazardous materials from entering the bay.

READ MORE: Out-of-control boat launches out of the water and onto a nearby ute in Perth 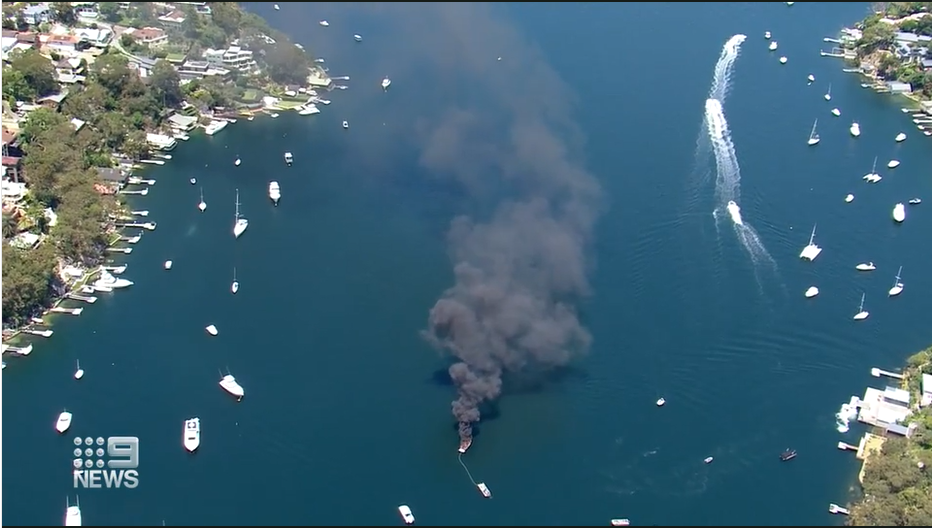 According to police, the boat caught fire the moment the owner turned it on.

He had been planning a day on the water with his family.

The one silver lining for the man's devastating day is the boat was insured.