The dramatic rescue of five teenagers trapped in a burning car off a Gold Coast highway has been captured on body-worn camera, with witnesses praised for their efforts.

The teens had been driving on the M1 north from the Gold Coast in an allegedly stolen car when they clipped the back of a truck and spiralled into a fence, the car exploding into flames.

The driver, a 12-year-old boy, and four passengers were trapped inside.

Security guard Wayne Heneker is seen in footage leaping to action, helping the driver and a 14-year-old girl pinned in the front seats by the crumpled and fiery dashboard.

The other three teens manage to escape the burning vehicle. 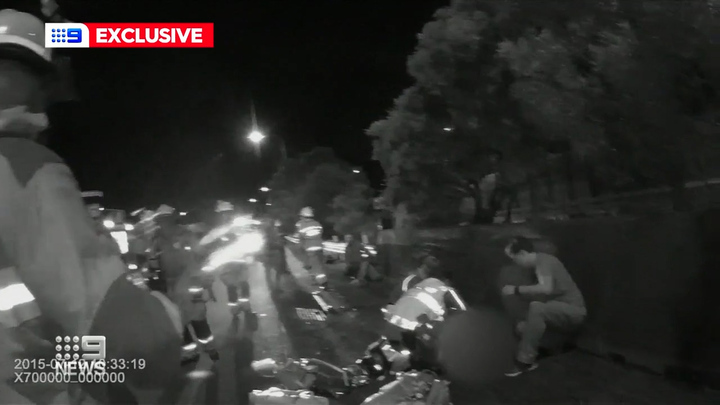 The children are heard begging for help, as Mr Heneker calls to nearby bystanders for a fire extinguisher.

"You've got to get out buddy," he is heard saying in the video.

He is seen pulling the young girl from the flames, calming her and checking her pulse while speaking to emergency services. 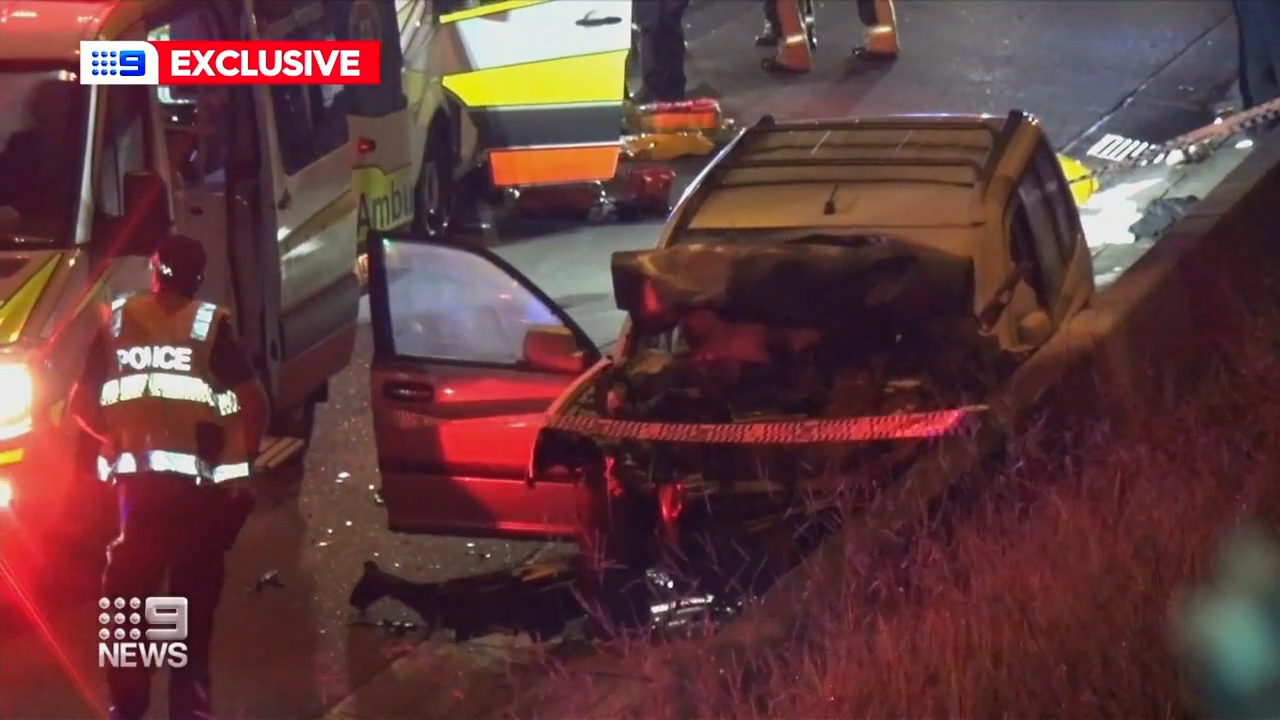 Behind him, an off-duty nurse is caring for the young driver.

Firefighters and paramedics then arrive, praising Me Heneker and the other witnesses for their heroics.

"There was no thought, it was just go and get in there and try and save as many lives as possible," Mr Heneker said of his actions.

All five of the teens remain in hospital.

A Queensland Ambulance spokesperson confirmed the 12-year-old boy is in a critical condition with severe chest injuries. The 14-year-old girl is also in a serious condition.

The other three occupants are injured but stable. One boy is suffering facial injuries and was treated for possible spinal damage, the other boy reported shoulder and facial injuries, and the second girl was treated by paramedics for neck and back pain.

The driver of the truck that was hit, a 59-year-old man, was not injured in the crash.

Police are urging anyone with information or dash-cam footage to come forward and assist with the investigation.