Stroke survivor Tommy Quick is flying home to Victoria weeks after he was struck by a car in South Australia while on a charity trike ride.

Mr Quick was hit near Greenock in the Barossa Valley on November 17 as he was cycling between the four furthest points of Australia to raise awareness for strokes.

The 28-year-old had a fractured pelvis and broken leg after the car swerved across the road and ran into Mr Quick, putting an end to his 9000km charity ride across the country. 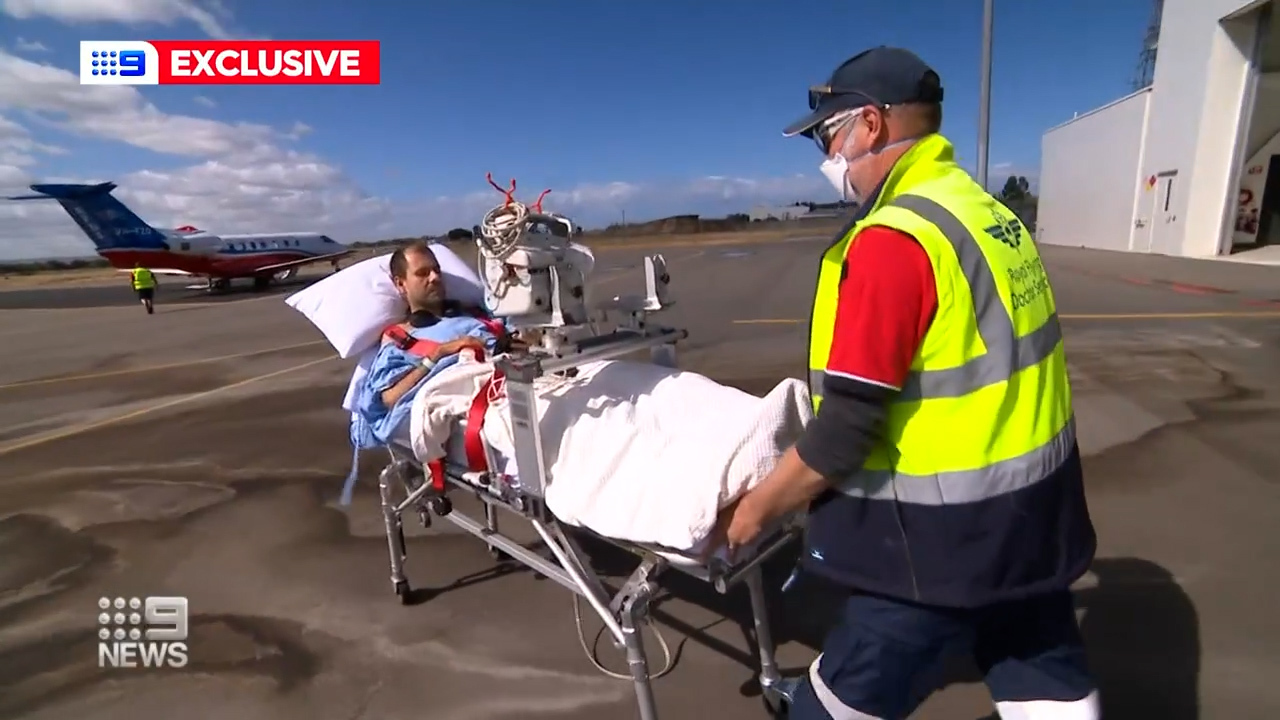 But after three weeks of recovery at the Royal Adelaide Hospital, Mr Quick boarded a Royal Flying Doctor flight back home.

"It's probably not the way I wanted to go to Victoria but I'm just glad I'm going to be home," Mr Quick said.

"[I] couldn't even get out of bed, to now where I'm sitting up (but) I could walk out there in the corridor." 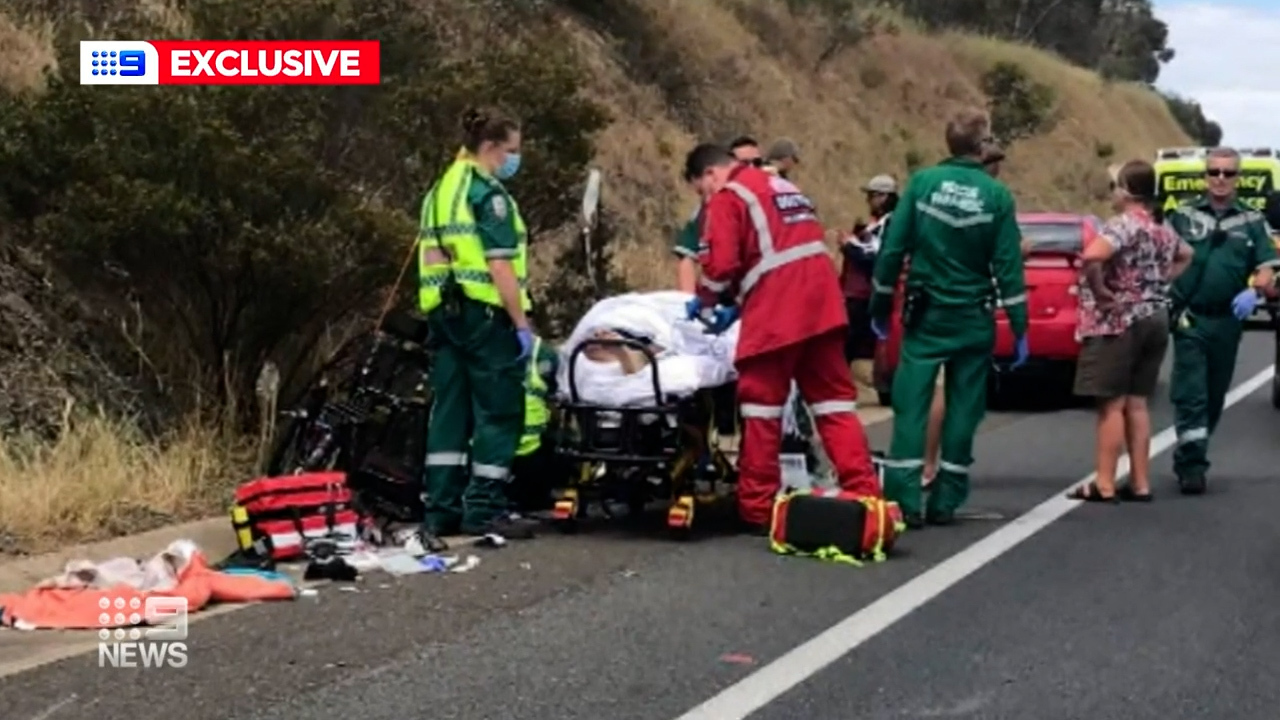 For the second time in his life, Mr Quick had to learn how to walk again.

At 12-years-old, he suffered a life-changing stroke that saw him hospitalised for almost five months.

Police said the driver who hit Mr Quick was a 38-year-old man, who was allegedly unlicensed and driving without due care.

But Mr Quick said he is just focused on his future.

"Not going to lie I'm a bit disappointed, but it's in the past. Can't do anything about that," he said. 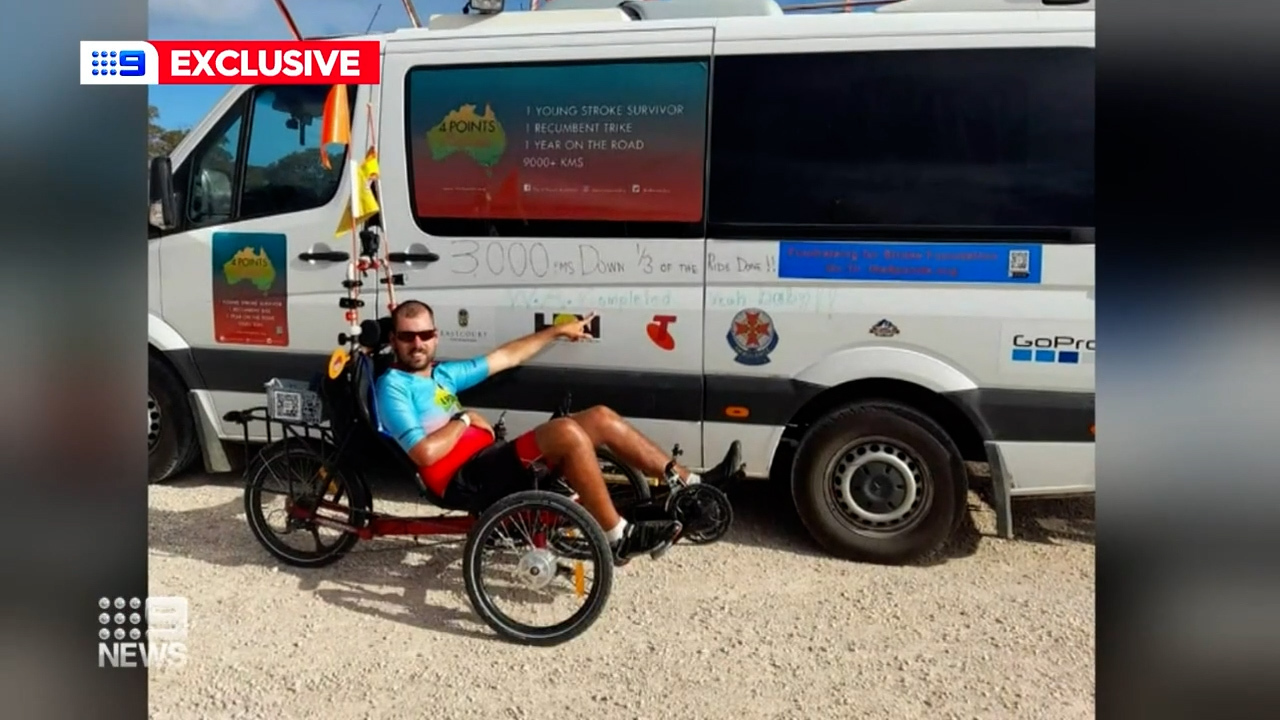 Mr Quick is putting energy into his rehabilitation and is looking forward to spending Christmas with his family.

"Hopefully by then (Christmas) I'll be able to play a bit of beach cricket or maybe grass cricket. I want to have a good bat," he said, adding he hasn't lost sight of his charity cycling goal.

"I want to get back on my trike and finish the journey."