A leaked video that shows staff members in British Prime Minister Boris Johnson's office joking about holding a lockdown-breaching Christmas party is adding fuel to allegations that government officials flouted coronavirus rules they imposed on everyone else.

For days, the prime minister's office has been trying to rebut reports that Johnson's staff held a December 2020 office party — complete with wine, food, games and a festive gift exchange — when pandemic regulations banned most social gatherings.

According to multiple British media outlets, the party took place on December 18, when restrictions in London prohibited indoor gatherings, and a day before Johnson tightened the rules even further, ruling out family Christmases for millions of people. 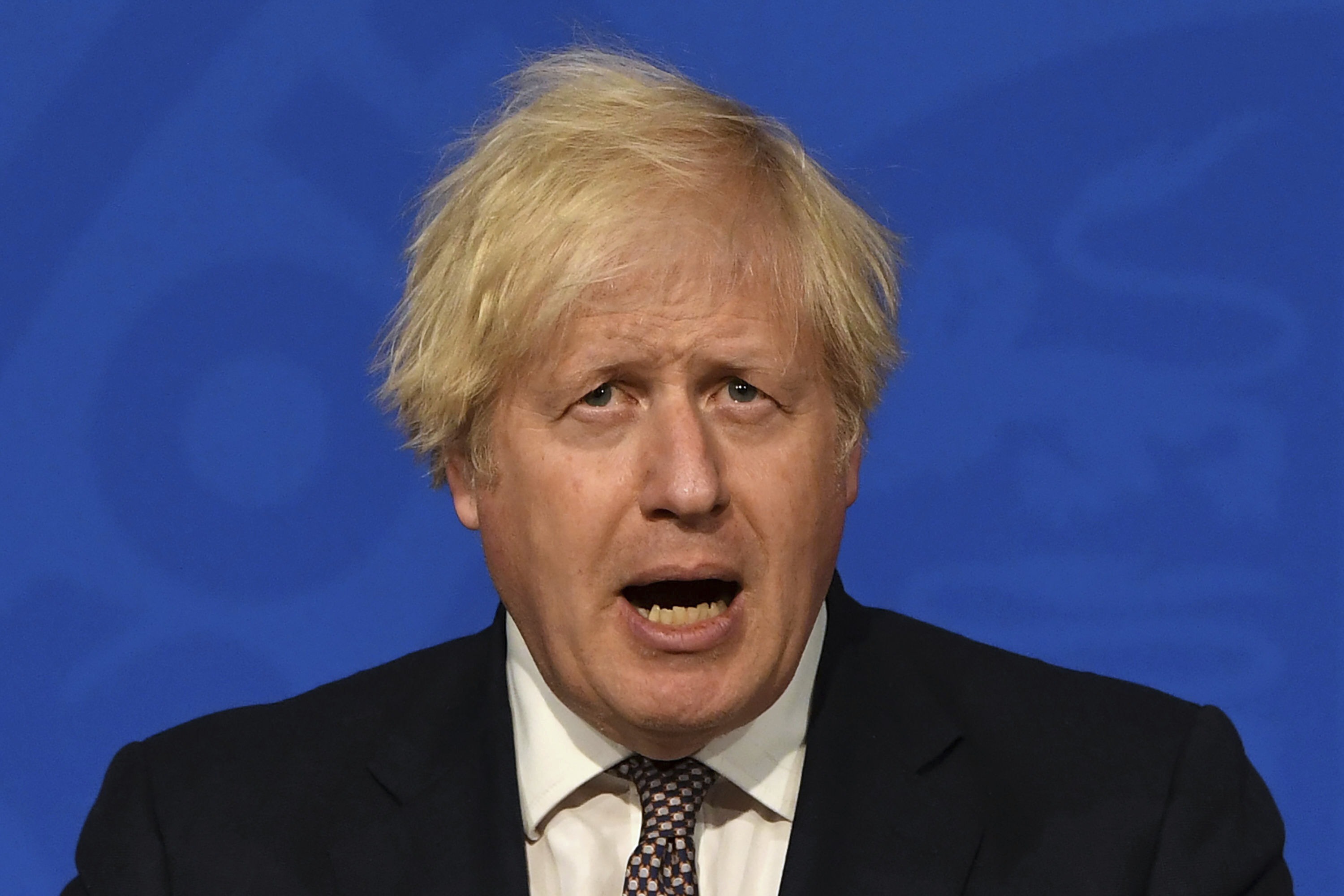 In response to the footage, aired late Tuesday by broadcaster ITV, the prime minister's office said: "There was no Christmas party. COVID rules have been followed at all times."

The recording appears to be a mock press conference, held as a rehearsal for televised daily government media briefings.

Another aide, playing a journalist, says: "I've just seen reports on Twitter that there was a Downing Street Christmas party on Friday night, do you recognise those reports?"

As laughter is heard, Stratton, the press secretary, says: "I went home" and asks colleagues: "What's the answer?" Another voice can be heard saying: "It wasn't a party, it was cheese and wine".

"Is cheese and wine all right? It was a business meeting," Stratton says, laughing.

Thousands of people in Britain have been fined since early 2020 for breaking restrictions by holding illegal gatherings. London's Metropolitan Police force said officers were reviewing the leaked video in relation to "alleged breaches" of coronavirus regulations.

"People across the country followed the rules even when that meant being separated from their families, locked down and — tragically for many — unable to say goodbye to their loved ones," Starmer said. "They had a right to expect that the government was doing the same. To lie and to laugh about those lies is shameful."

The Christmas party allegations are the latest in a string of allegations of rule-breaking and ethics violations by Johnson's Conservative government.