A US Coast Guard diver lowered from the sky braved frigid rapids to get to a car partly submerged in water near the brink of Niagara Falls, only to find it was too late to rescue the driver trapped inside.

Petty Officer 2nd Class Derrian Duryea, a Detroit-based rescue swimmer, descended from a hovering helicopter, climbed into the car and pulled out the body of its lone occupant, a woman in her 60s, officials from New York's State Park Police and Coast Guard said.

Video showed Mr Duryea, in an orange suit and with an axe in his left hand, buffeted by winds and spraying water as he was lowered toward the car through falling snow. After slowly spinning and swinging past the car, he was able to grab hold on the passenger side, open the door and disappear inside. 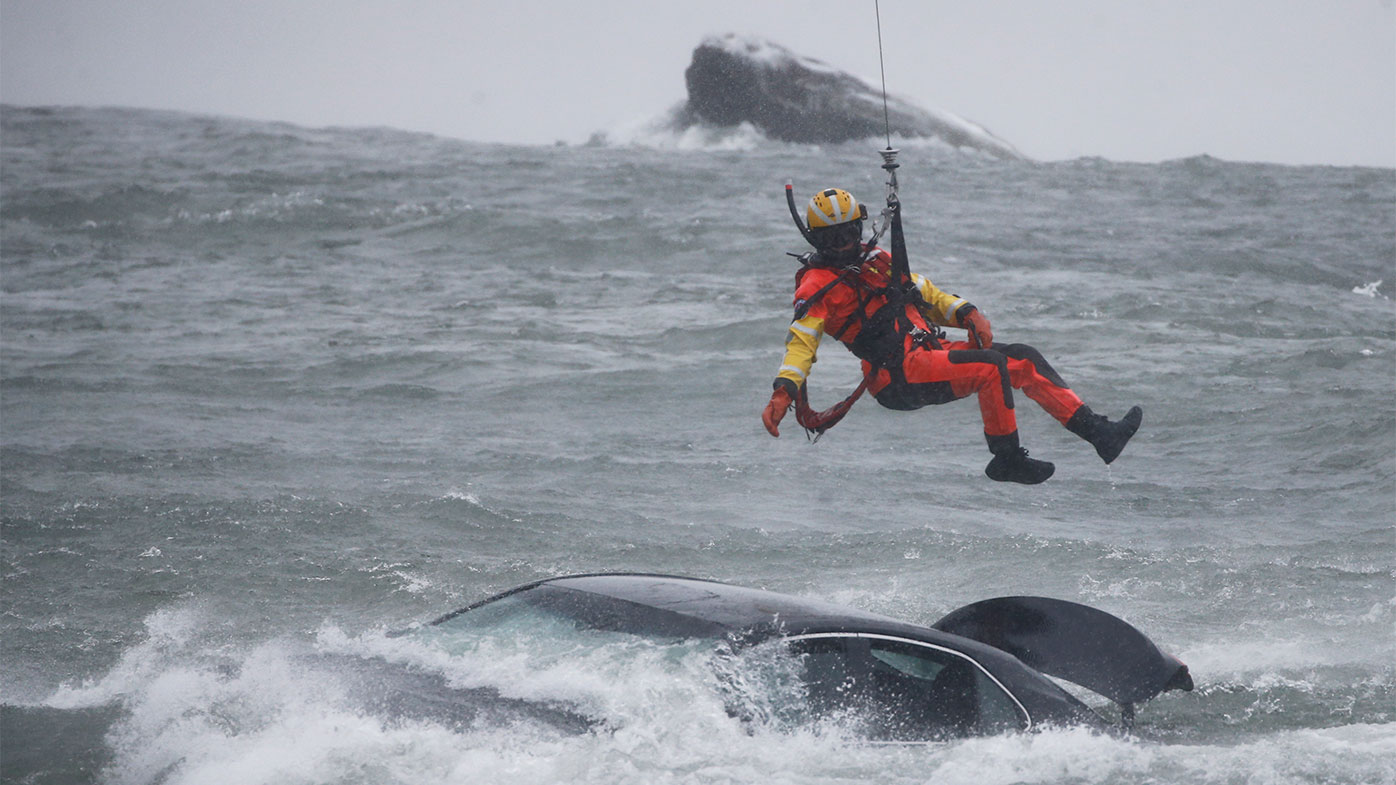 About two minutes later, with water surging around the vehicle and over the precipice about 50m downstream, Mr Duryea emerged and signalled to the helicopter, which then hoisted him and the motionless driver from the water.

“It was an incredible job by the Coast Guard,” Park Police Captain Christopher Rola said at a news conference.

He said rescuers have never been called to a vehicle so close to the edge.

It was unclear how the car got into the Niagara River.

Witnesses reported seeing it floating near a pedestrian bridge, where it was believed to have gone in.

Roads in the area were slippery amid the light snow.

Authorities said the woman lived in the area.

Her name was not released pending notification of her relatives. 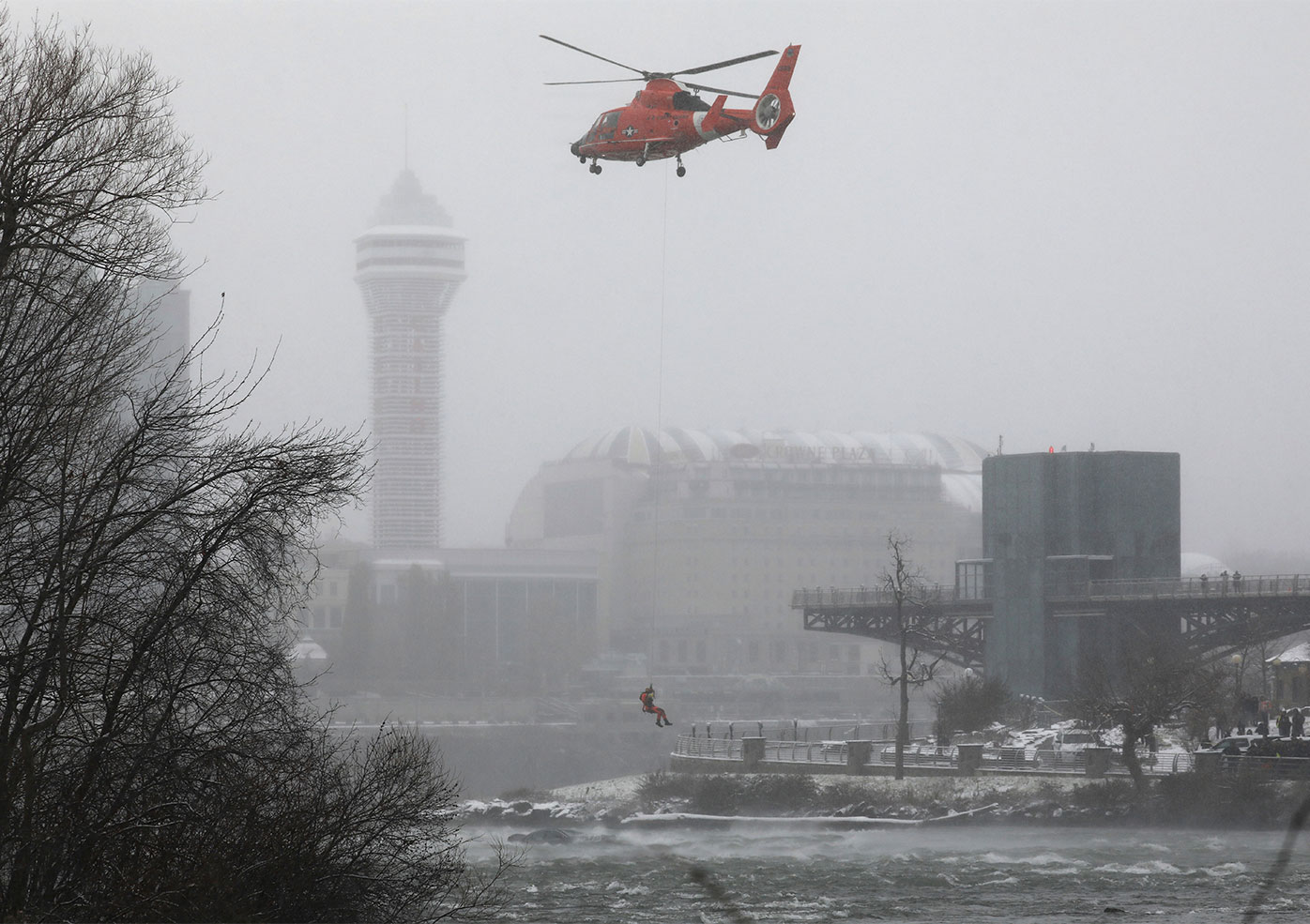 After the rescue, the vehicle remained almost completely submerged, with only part of the roof and open trunk hatch visible, in the rapids upstream from the American Falls, one of three waterfalls that make up Niagara Falls.

Onlookers watched as emergency crews prepared to try to pull the vehicle from the water.

Captain Rola said the State Park department’s swift-water rescue teams had been unable to get to the car because of its location.

Police had used a drone to determine it was occupied.

Niagara Falls has a history of attracting both daredevils who try to cheat death by plunging over the falls in homemade contraptions, and those driven by suicide.

Captain Rola said investigators would try to determine whether the vehicle wound up in the water by accident or intentionally. 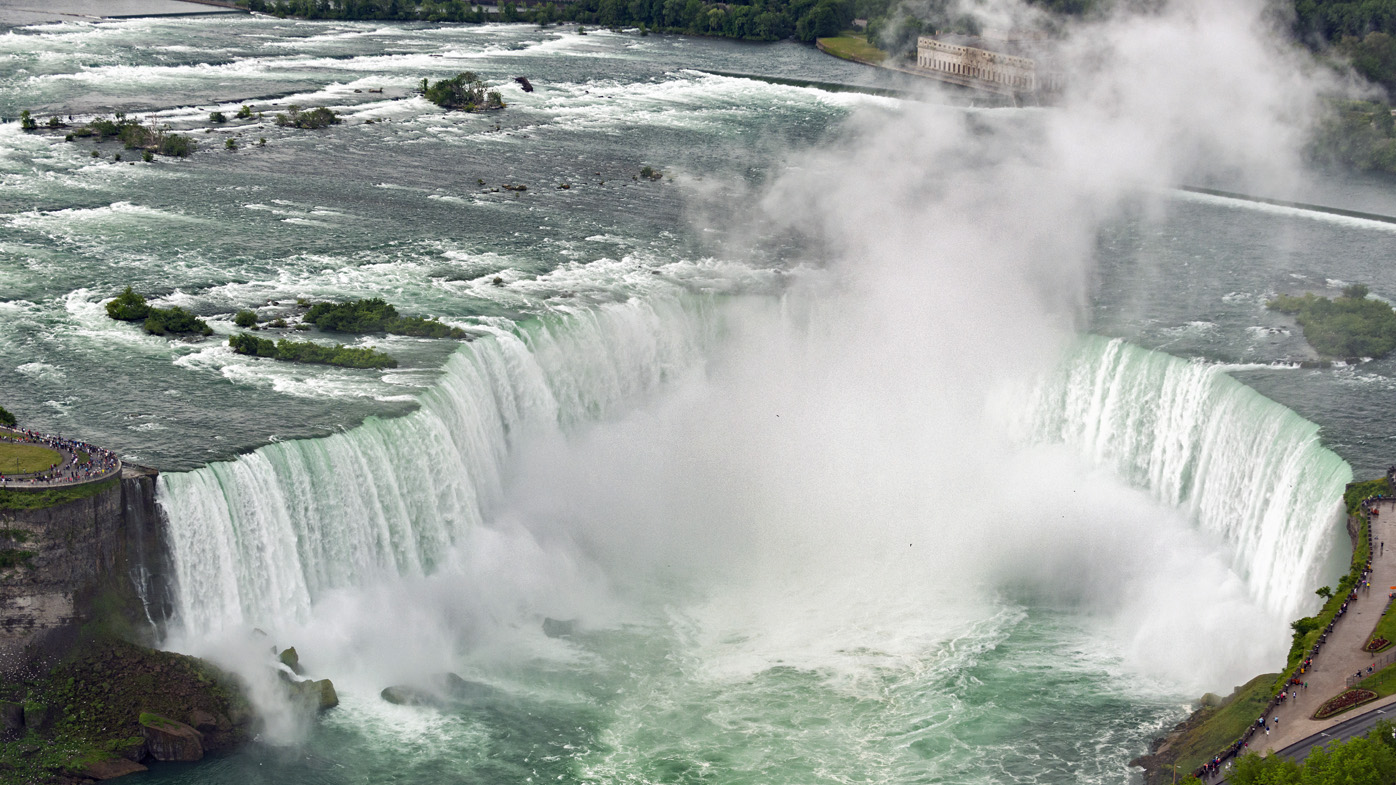