A man has been charged with arson and other crimes Wednesday for allegedly setting fire to a 15-metre Christmas tree in front of Fox News headquarters in New York City.

Photos and videos from the scene show the fully decorated tree going up in flames. 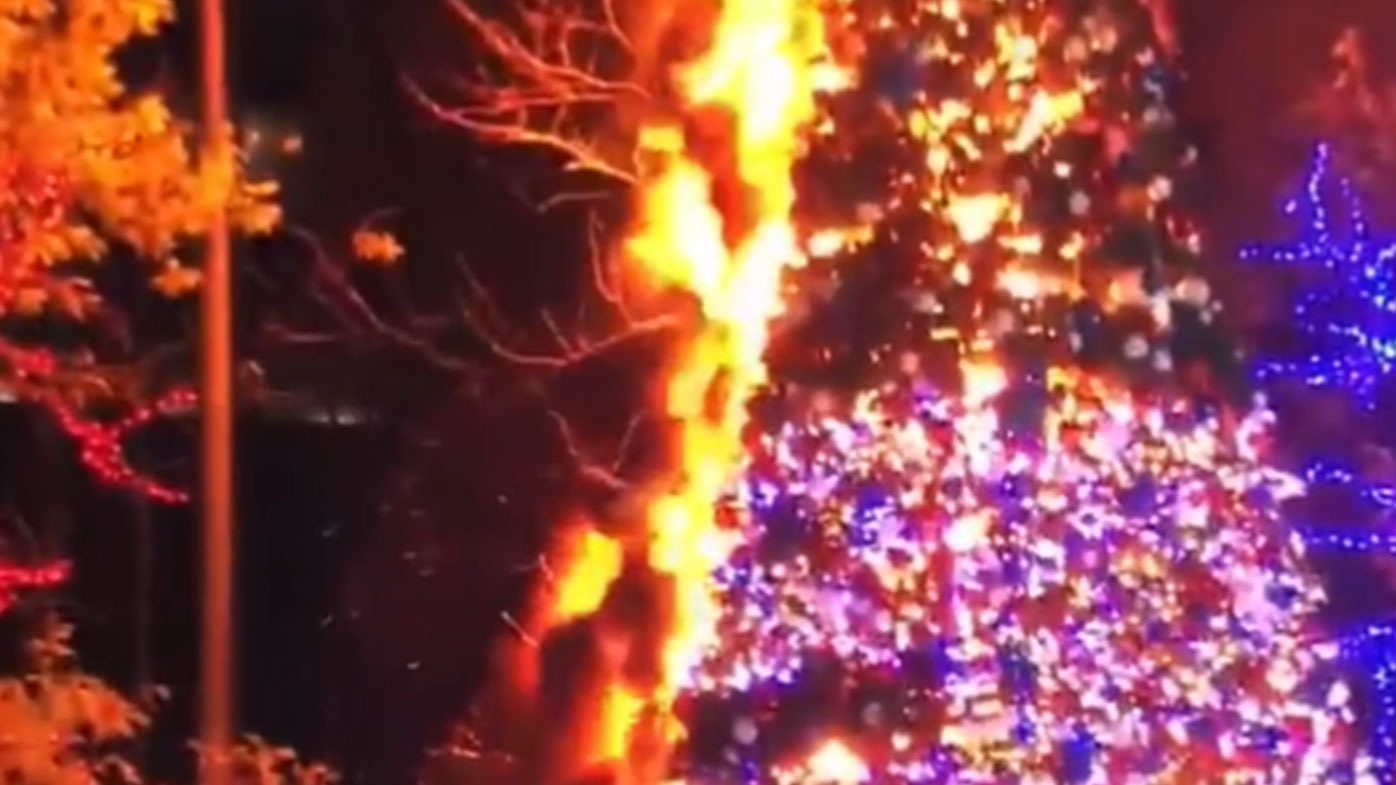 Fox News host Shannon Bream announced the blaze to viewers as firefighters were working to put it out.

“This is the Fox Square in New York, outside of Fox headquarters,” Ms Bream said.

“It appears that our giant Christmas tree there, just a couple of minutes ago, was completely engulfed in flames.”

Firefighters extinguished the flames, and no injuries were reported.

A 49-year-old man who police said was homeless was arrested on charges including criminal mischief, arson and trespassing. It wasn't clear if he had an attorney who could comment on the charges.

Police said the man had a lighter, but it was unclear whether any accelerant was used.

The tree had been ceremonially lit during a network Christmas special on Sunday. Its charred remains were being dismantled on Wednesday.

“We will not let this deliberate and brazen act of cowardice deter us,” FOX News Media CEO Suzanne Scott told network staffers in a memo.

Ms Scott said a new tree would be installed “as a message that there can be peace, light and joy even during a dark moment like this".

A lighting ceremony will be held for the new tree, Ms Scott said.