Dozens of children have been evacuated from a Sydney childcare centre after floodwaters inundated the site.

The garden and hallways of the Leaping Learners Early Education Centre in Leumeah filled with floodwaters this morning.

The NSW State Emergency Service (SES) and emergency services helped to evacuate the kids from the building with assistance from the childcare workers as well. 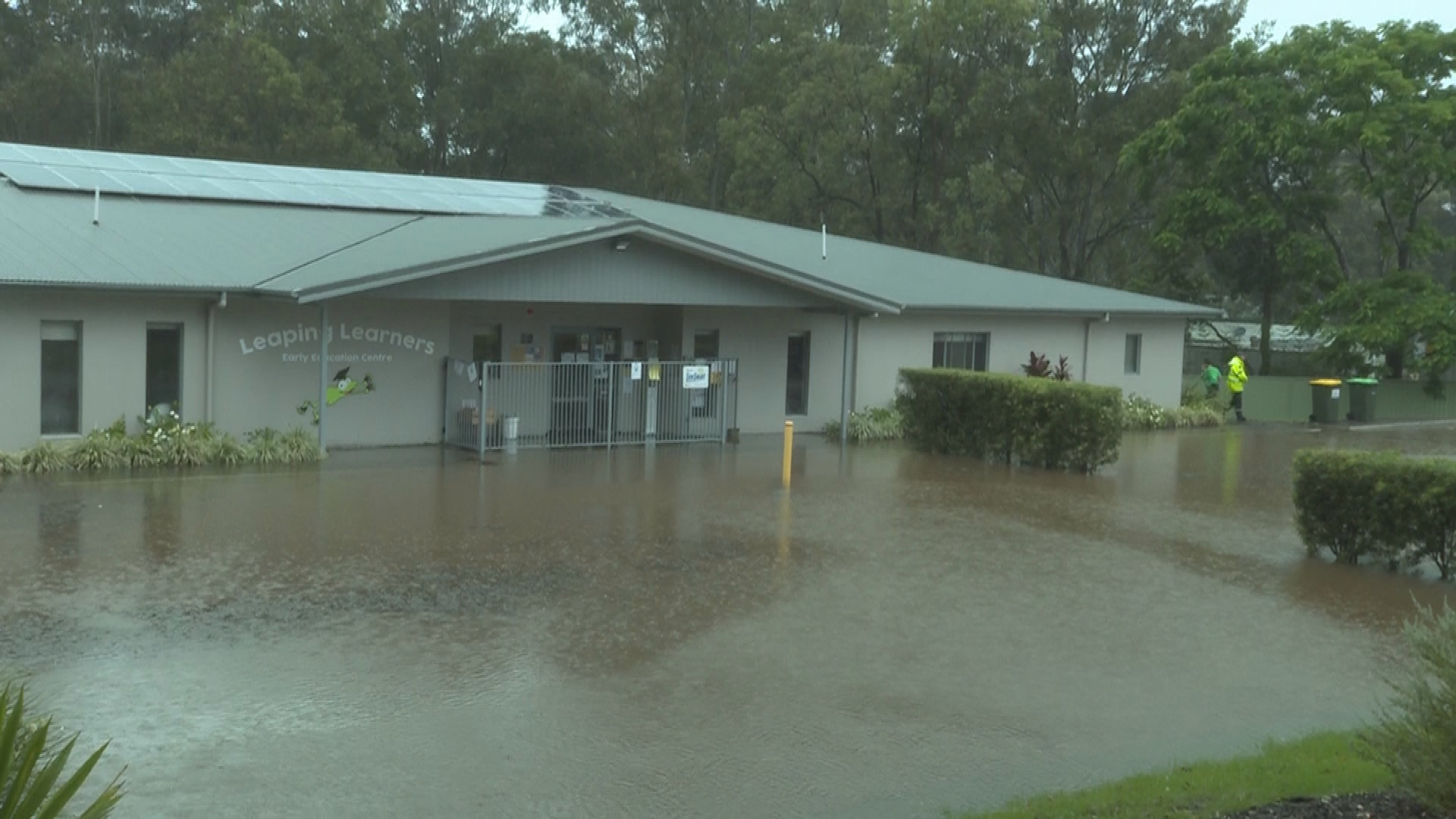 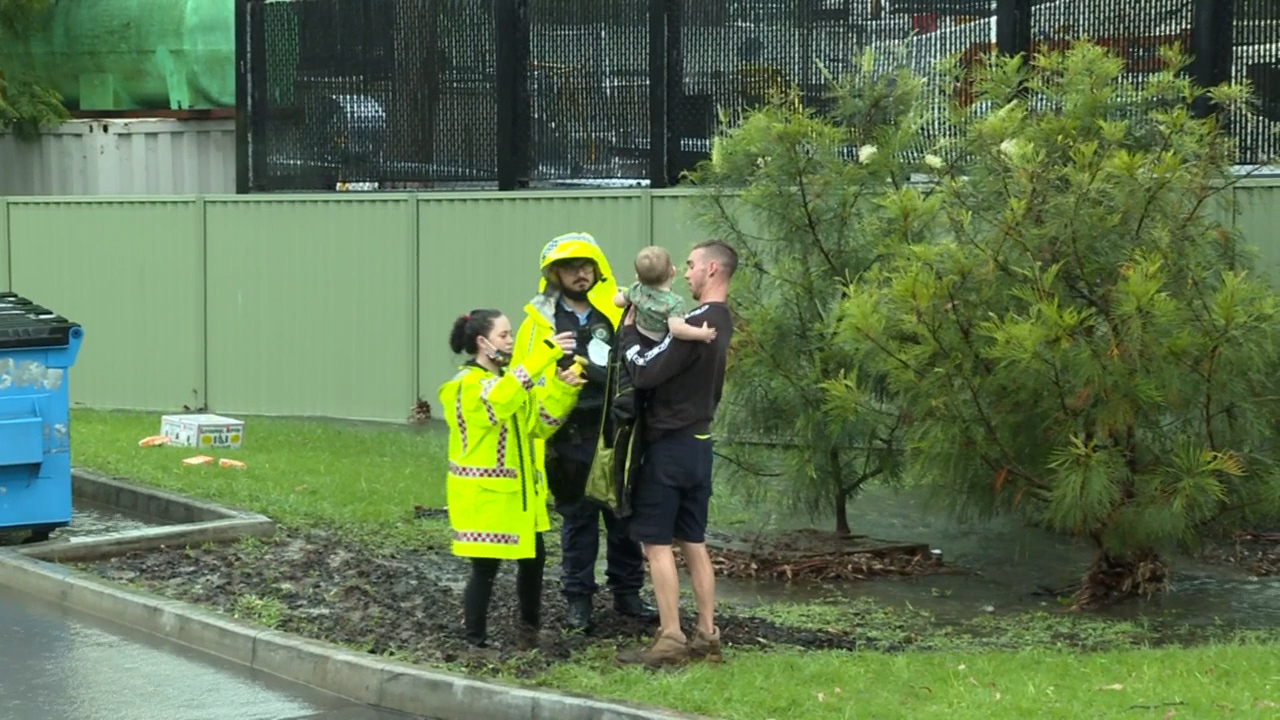 Parents were contacted to collect their children.

There were scenes of relief as parents were reunited with their little ones.

The parents told 9News they had been "very worried" when they found out the centre was flooded.

When one parent was asked if she expected this to happen when she dropped her child off this morning, she said "no, definitely not".

"You know what, it happens and it's a great centre and they look after us all," a parent said. 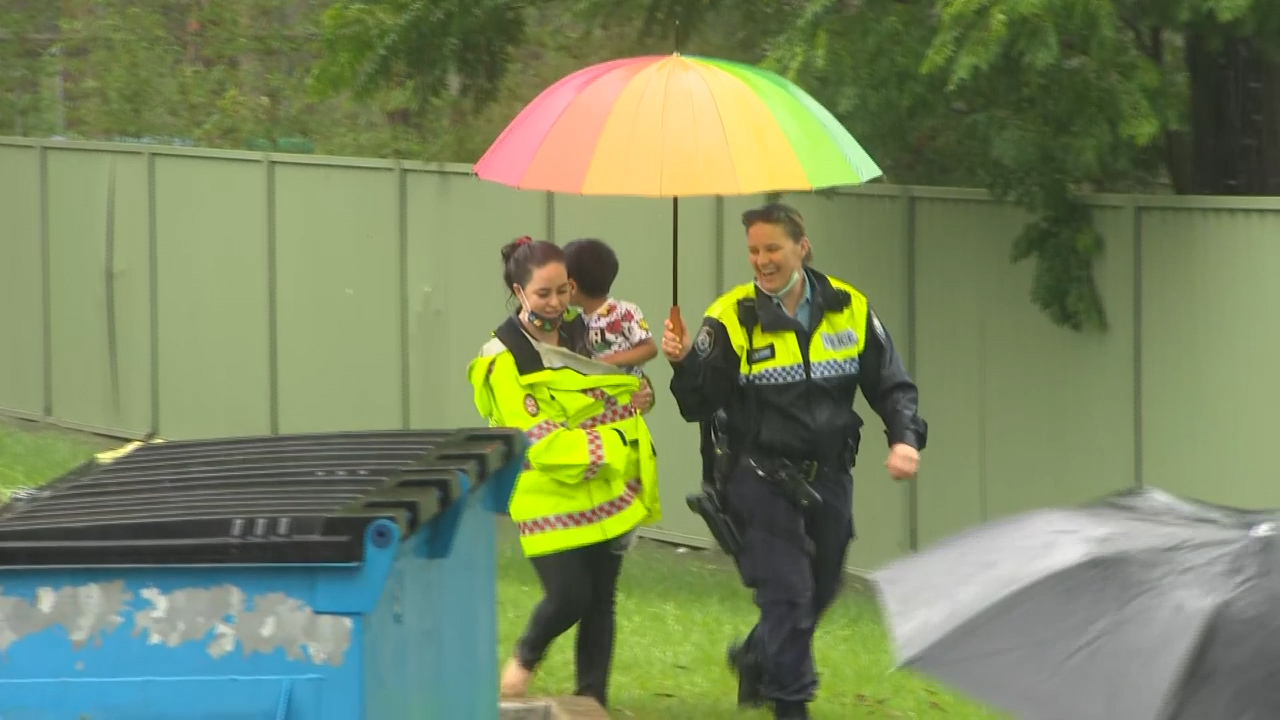 The flash flooding comes after a snap storm hit parts of Sydney this morning, bringing heavy rain and large hailstones.

"I didn't even see it happen, I walked out of the office and it was flooded," another parent said.

More wet weather is expected to lash NSW this weekend.