A warehouse for online shopping giant Amazon has collapsed as storms hit the US state of Illinois, triggering a significant emergency response.

It wasn't immediately clear if or how many people were hurt, but the Collinsville, Illinois, Emergency Management Agency on Facebook called it a "mass casualty incident". 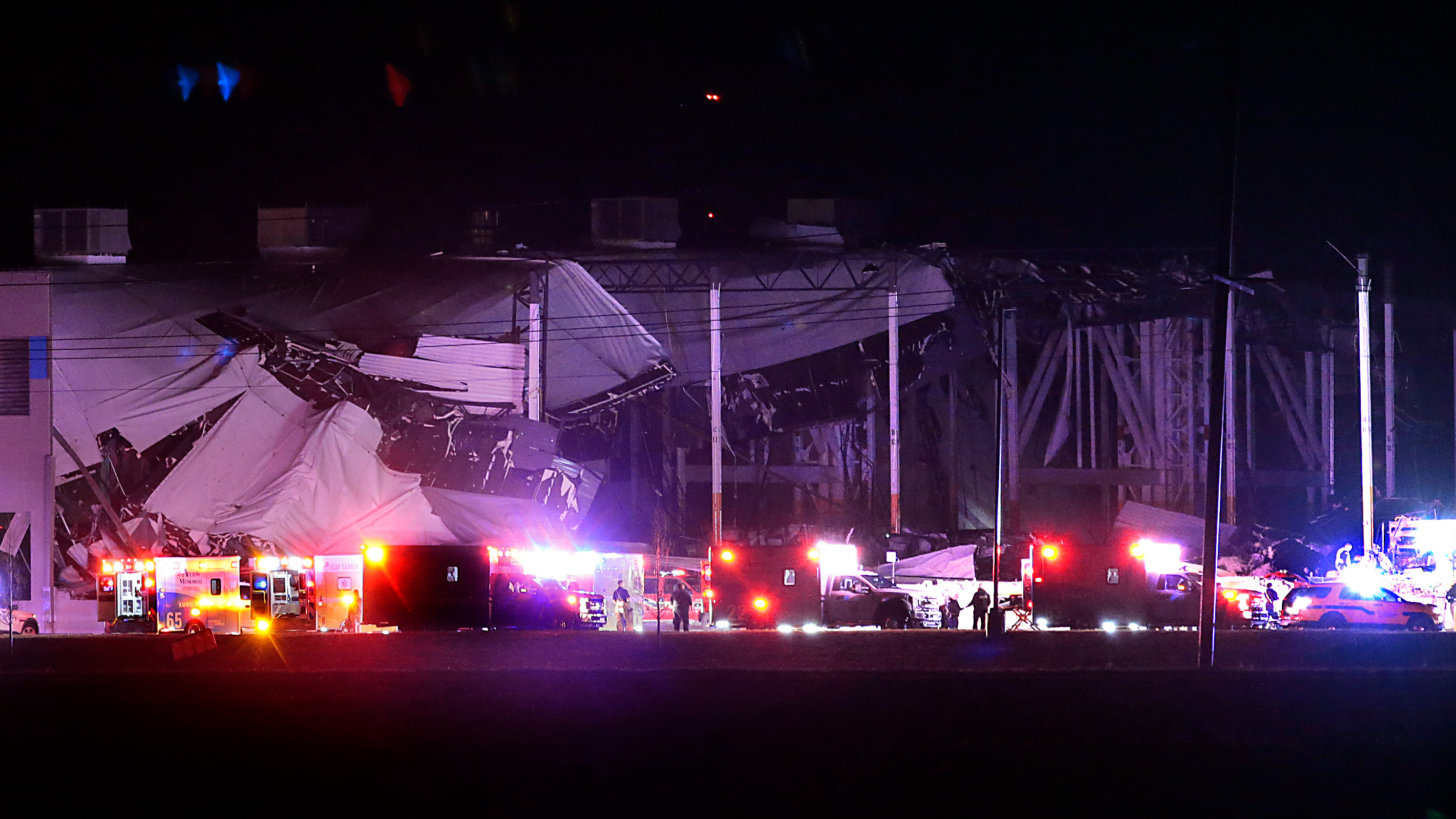 One official told KTVI-TV that up to 100 people were believed to be in the building, working the night shift, at the time of the collapse.

The collapse came as a strong thunderstorm, and possibly a tornado, ripped through the St Louis area. Winds of up to 70 miles per hour were reported in parts of St Charles and St Louis counties in Missouri, while at least two people were killed Friday night when a reported tornado ripped through an Arkansas nursing home.

READ MORE: 'Most restrictive' abortion law upheld by US court

Craighead County Judge Marvin Day told KAIT-TV that at least five others were injured and 20 people were trapped after the tornado struck the Monette Manor area in northeast Arkansas. A call by The Associated Press to the county office wasn't immediately returned.

The TV station reported that emergency crews from Trumann, and police and firefighters from Jonesboro were headed to the area to assist. The nursing home has about 90 beds.

The storms in Illinois and Arkansas were among several places in the Midwest that reported tornadoes spotted or on the ground.