Storms unleashed devastating tornadoes late Friday and early Saturday across parts of the central and southern US including Kentucky, where the governor says the death toll may exceed 70 after "one of the toughest nights in Kentucky history."

Tornadoes or strong winds collapsed an occupied candle factory in Kentucky, an Amazon warehouse in western Illinois, and a nursing home in Arkansas, killing people in each community and leaving responders scrambling to rescue others.

More than 30 tornadoes have been reported in at least six states, which also include Missouri, Tennessee and Mississippi. 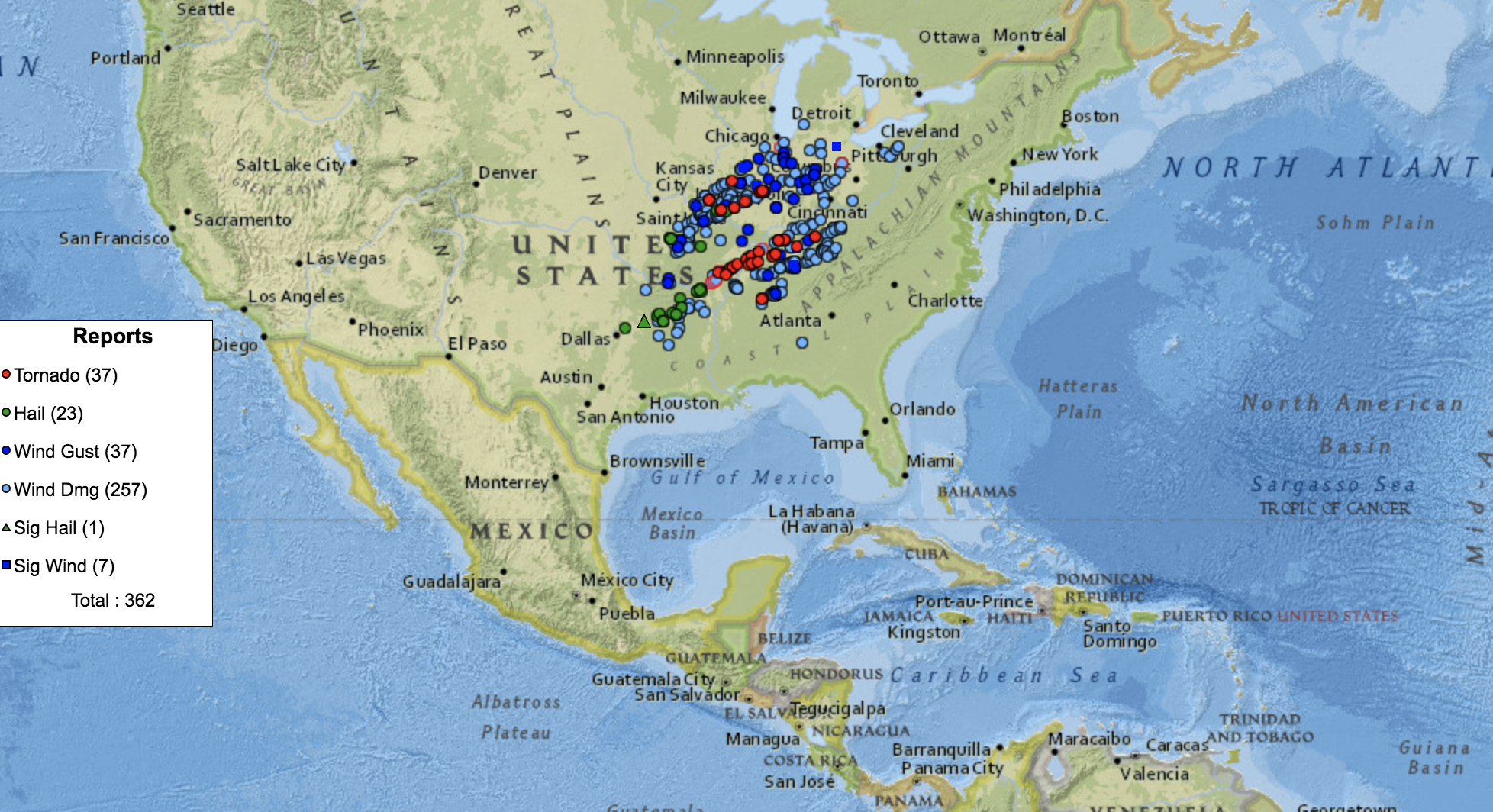 A stretch of more than 402 kilometres from Arkansas to Kentucky might have been hit by one violent, long-track twister, CNN meteorologists say.

A CNN Weather analysis of warning data shows that residents of Mayfield, Kentucky, received more than 20 minutes of lead time before the tornado struck.

"I'm pretty sure that number (killed in Kentucky) is north of 70 … it may, in fact exceed 100 before the day is done," Kentucky Governor Andy Beshear said late Saturday morning.

"This has been the most devastating tornado event in our state's history. … The level of devastation is unlike anything I have ever seen," Mr Beshear said.

One of the most devastated sites is the southwestern Kentucky city of Mayfield, where a tornado hit a candle factory Friday night while people were working.

READ MORE: Amazon warehouse collapses in US with workers inside 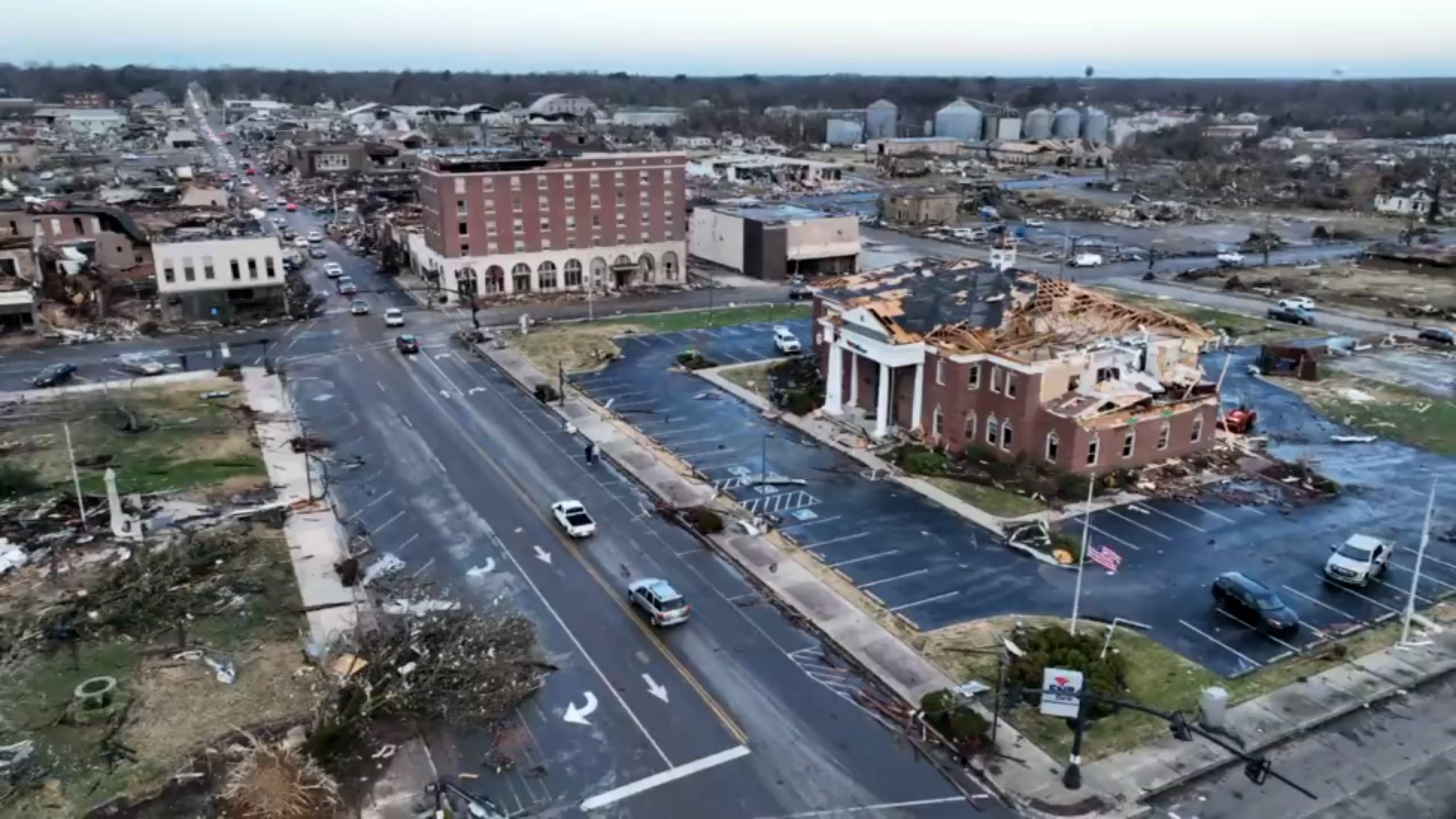 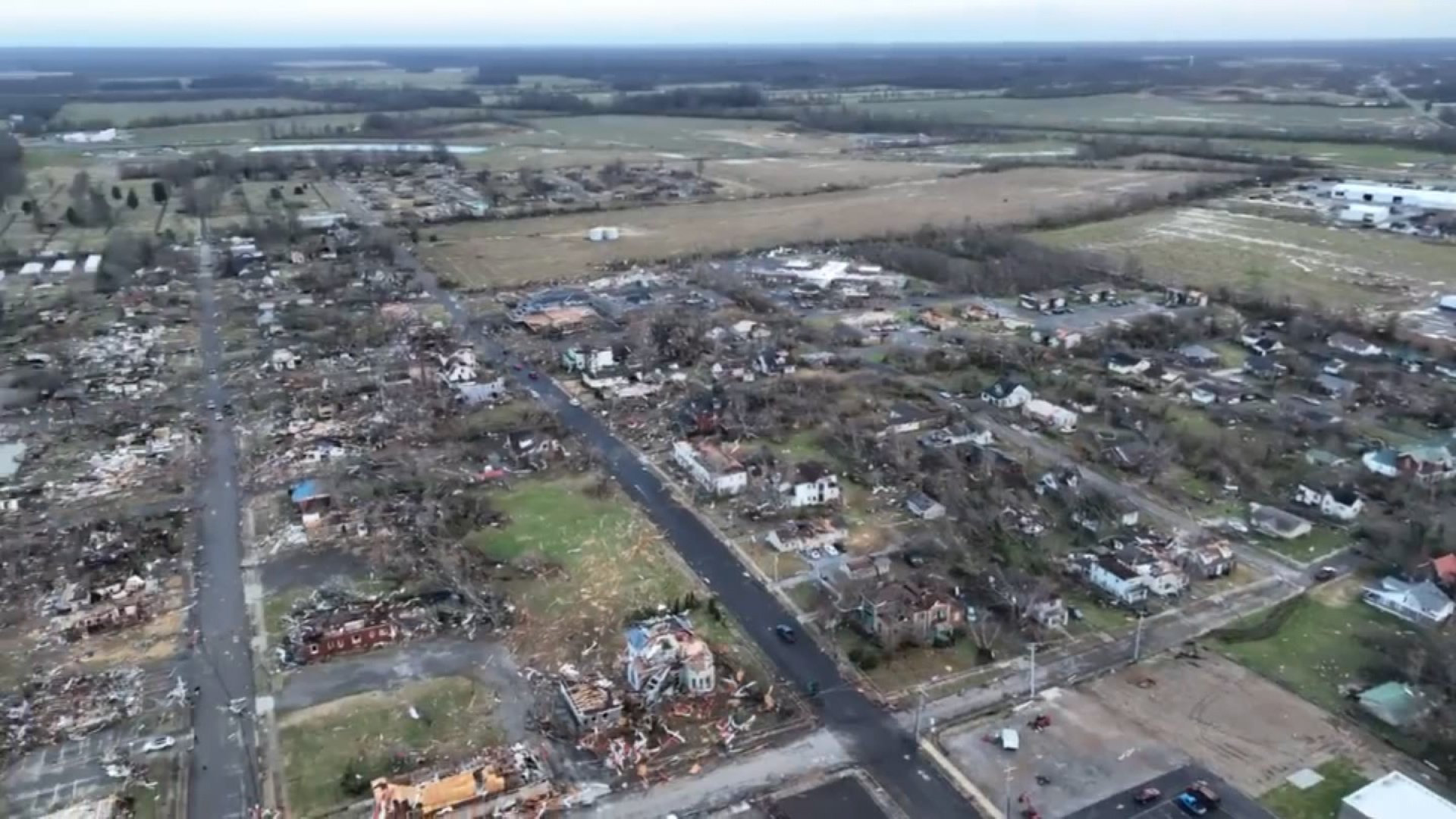 About 110 people were inside and dozens are feared dead there, Mr Beshear said.

Video from Mayfield showed what remained of the factory: a massive debris field, largely of twisted metal, several feet high, with rescuers using hands and machines to dig through.

Among the survivors were Kyanna Parsons-Perez, who said workers had been hustled to a safety area before the storm hit. While attendance was being taken, she saw "a little dust of wind." 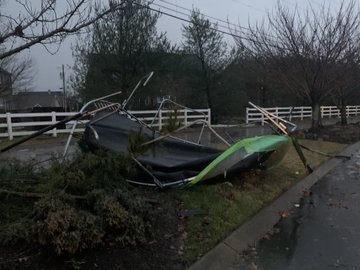 "My ears start popping. And it was like the building, we all just rocked back and forth, and then boom — everything fell on us," Ms Parsons-Perez told CNN's Boris Sanchez.

Pinned by debris with others, she used her phone to broadcast on Facebook Live, and called 911, her mother and a coworker's relative.

She knew rescuers were around only when she could feel pressure from above — people walking on the debris.

Rescuers eventually pulled her and others out, she said.

An official Kentucky death toll hasn't been released; deaths have been reported in Arkansas (three), Tennessee (three), Illinois (two) and Missouri (one).

In a message on Twitter, President Joe Biden called losing a loved one in storms like this an "unimaginable tragedy."

"This morning, I was briefed on the devastating tornadoes across the central US," Mr Biden wrote.

"To lose a loved one in a storm like this is an unimaginable tragedy. We're working with governors to ensure they have what they need as the search for survivors and damage assessments continue."

'Many, many' people pulled from Kentucky factory

Ivy Williams was at the Mayfield site Saturday, looking for his wife of 30-plus years, who he says was at the factory.

First responders have pulled "many, many" people out of the rubble, some alive and some apparently dead, storm chaser Michael Gordon told CNN Saturday morning from the scene. 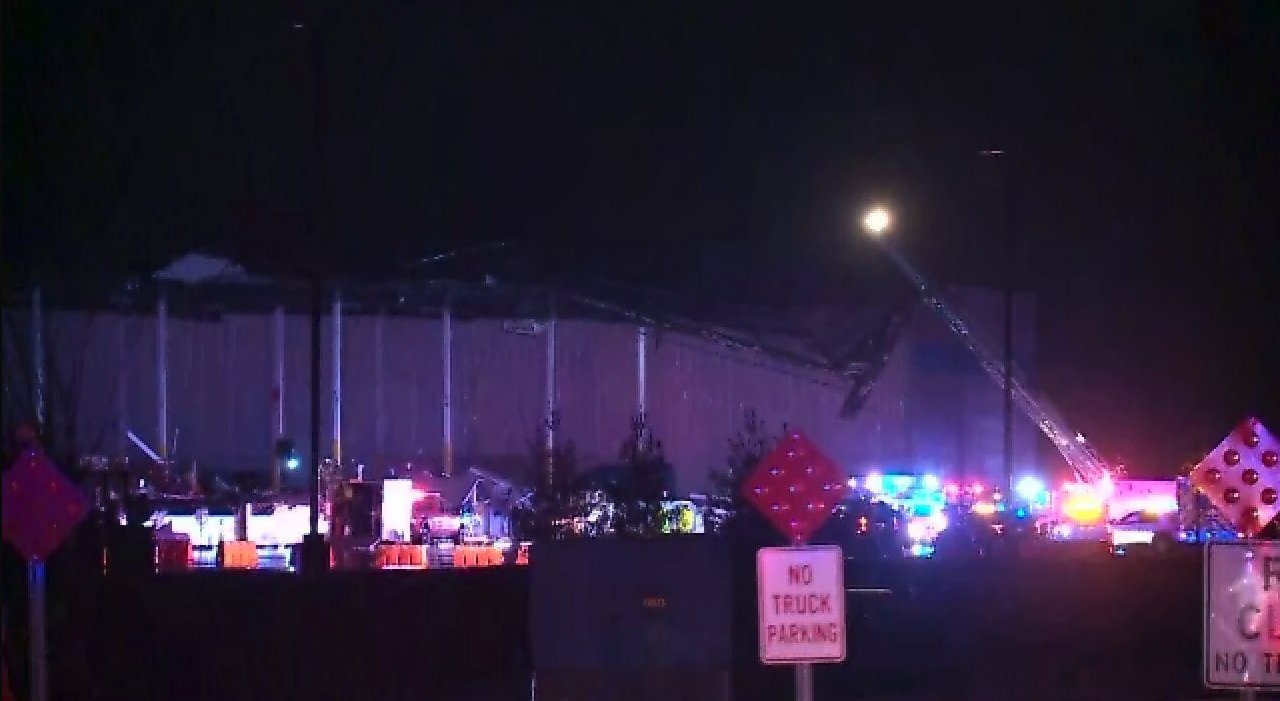 "It's kind of hard to talk about. … They're digging in that rubble by hand right now," Mr Gordon said.

People were working there, as the factory has been "going 24/7" in part to meet Christmastime candle demand, US representative James Comer, who represents the area, told CNN.

Other buildings hit in Mayfield, a city of around 10,000 people, include the Graves County courthouse and adjoining jail.

"We're seeing (destruction) that none of us have ever seen before."

Tornado watches throughout the region were expected Saturday morning.

At the collapsed Amazon warehouse in the Illinois city of Edwardsville outside St. Louis, at least two people were killed, and rescue attempts were underway Saturday, Police Chief Mike Fillback said.

Dozens of people were able to escape without serious injury, Mr Fillback said. 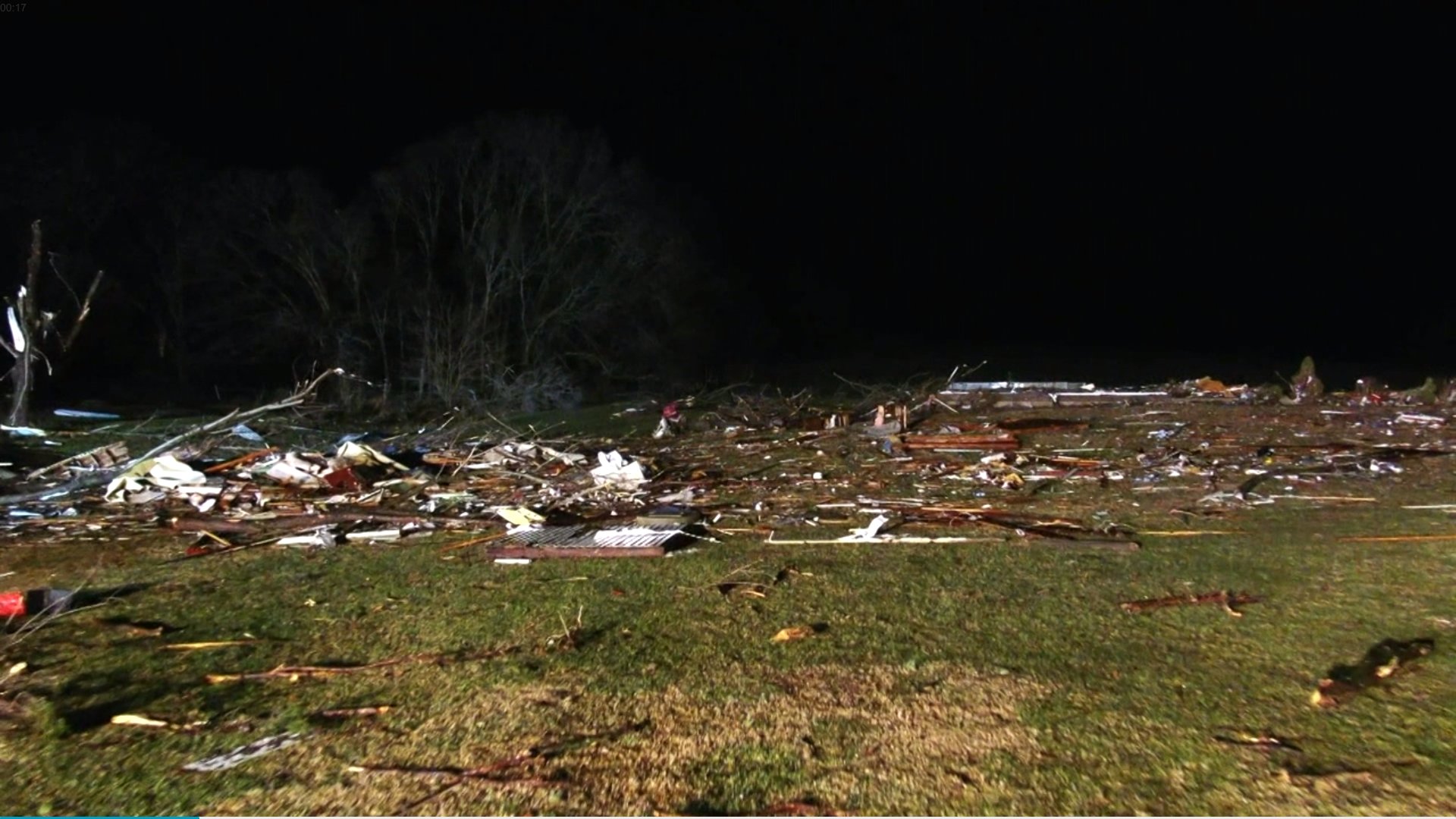 One resident told CNN affiliate KMOV that a family member and employee was trapped inside, and that others inside were remaining calm and working to get out of the warehouse.

Video from the scene showed a large emergency response.

"It's devastating to see the amount of damage there and to know there were people inside when that happened," Mr Fillback told KMOV on Saturday morning.

Deadly destruction has has been reported in Arkansas, Missouri and Tennessee

In the northeastern Arkansas city of Monette, at least two deaths were reported, including one person killed at a nursing home damaged by a tornado, Mayor Bob Blankenship said. 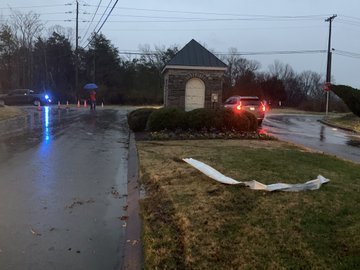 At the nursing home, many people were trapped before being rescued, officials said. At least 20 were injured at the facility, Mr Blankenship told CNN.

Another person was killed in nearby Leachville, when a woman was "in a Dollar General store when the storm hit and they could not get out," Mississippi County Sheriff Dale Cook told CNN.

Also in Arkansas, Interstate 555 near the town of Trumann was closed because of overturned vehicles, Arkansas Emergency Management spokesperson LaTresha Woodruff said. 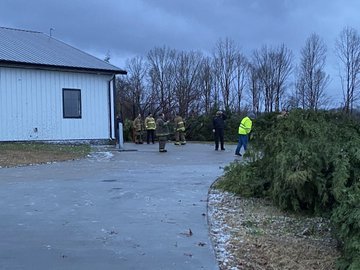 State officials had been told the town's fire department, EMS facility and a nursing home were damaged, Ms Woodruff said.

In northwestern Tennessee north of Memphis, one person was killed in Obion County and two died in Lake County during the storms, the Tennessee Emergency Management Agency said. 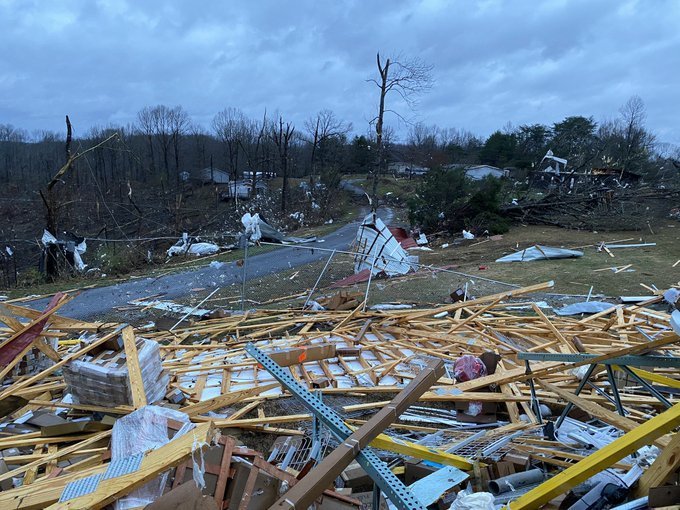 In Obion County, multiple structures were damaged in the community of Samburg, according to officials. The town "is pretty well flattened," Obion County sheriff's dispatcher Judy Faulkner told CNN.

In Missouri, an 84-year-old woman died during overnight storms in the community of Defiance, according to St. Charles County emergency management official Mary Enger.

The woman was at home when the storm hit and Ms Enger said she had no other details.

More than 400,000 homes and businesses lost power across eight states in the South and Midwest by 10 am ET Saturday, including more than 130,000 in Tennessee and more than 60,000 in Kentucky, according to poweroutage.us. 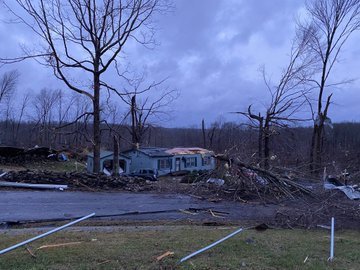 The longest stretch of devastation ranged more than 402 kilometres from Arkansas to Missouri, Tennessee and Kentucky.

That stretch might have been hit by one long-track tornado, CNN meteorologists said.

If it was one tornado, its path may have exceeded the longest on record: a tornado that was on the ground for 350 kilometres in 1925 in Missouri, Illinois and Indiana. 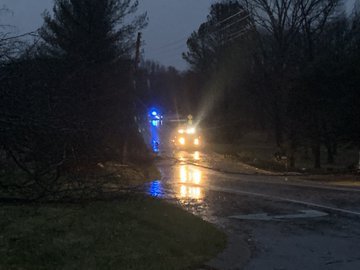 'Gutters are hanging off her … roof'

About 110 kilometres northeast of Mayfield, Lori Wooten took cover in her daughter's basement in the small Kentucky community of Dawson Springs as the storm passed Friday night.

She emerged to see a 0.6 metre piece of wood having speared a master bedroom, and debris strewn about outside.

"Gutters are hanging off her … roof. The trampoline — there's so much stuff out here, it's hard to know what's theirs and what's other people's," Ms Wooten, an aunt of CNN political analyst Scott Jennings, told CNN Saturday. 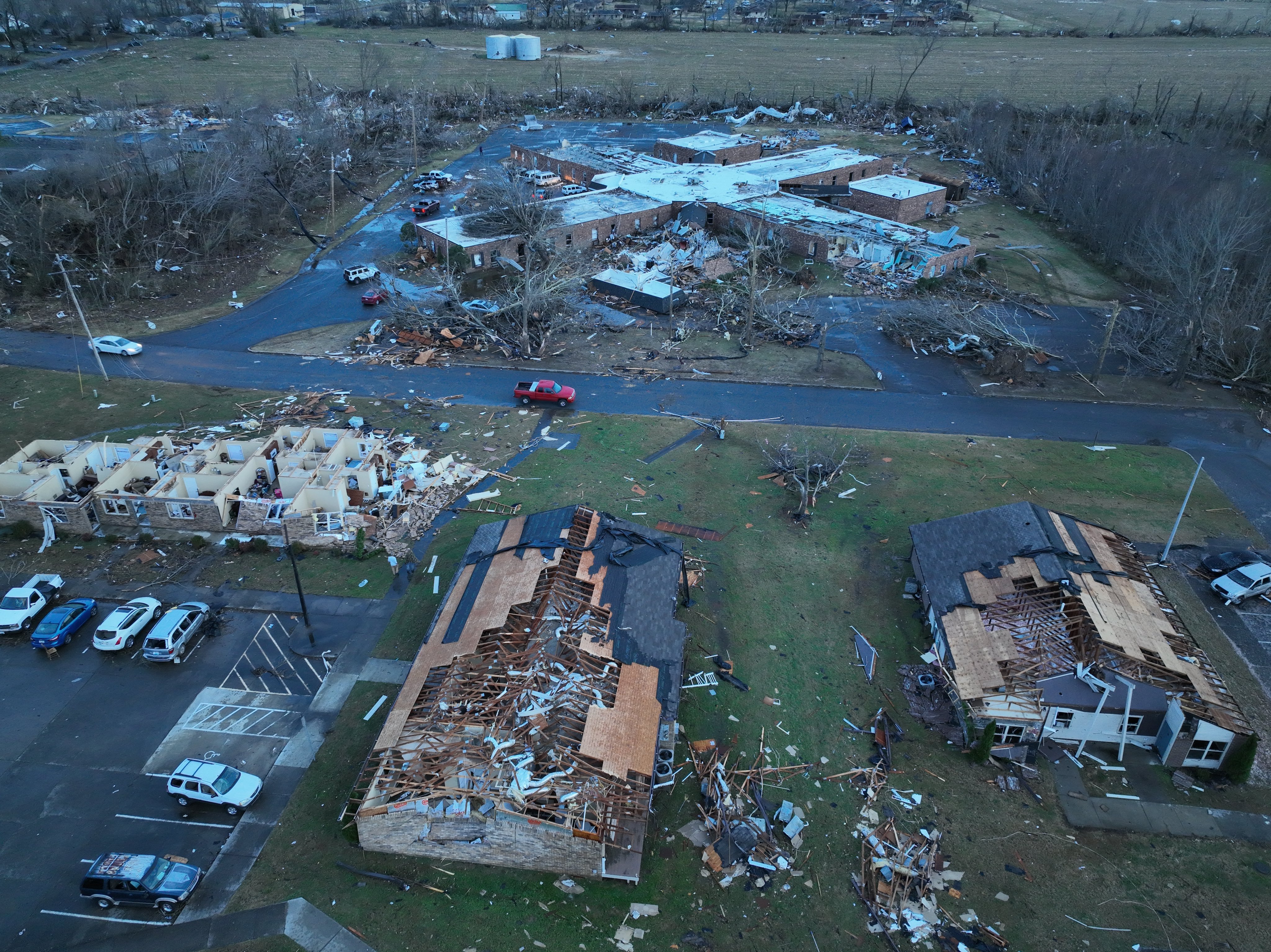 More than 100 tornado warnings were issued in the US Friday before midnight, the most ever for a day in December.

Along with multiple tornadoes, the storms produced dozens of wind and hail reports as of early Saturday.

Setting off weather alerts Friday from Arkansas to Indiana, the severity of the storms is anticipated to diminish as Saturday continues.

Much of the eastern US will be impacted by rain into Saturday evening.

Isolated strong to severe thunderstorms may occur from the Ohio and Tennessee Valleys into the northern Gulf States, according to the Storm Prediction Center. Wind gusts, hail and an isolated tornado remain possible.