Calling him a "clown, genius, edgelord, visionary, industrialist, showman," Time magazine has named Tesla CEO Elon Musk as its Person of the Year for 2021.

Musk, who is also the founder and CEO of space exploration company SpaceX, recently passed Amazon founder Jeff Bezos as the world's wealthiest person as the rising price of Tesla pushed his net worth to around US$300 billion ($420.8 billion). 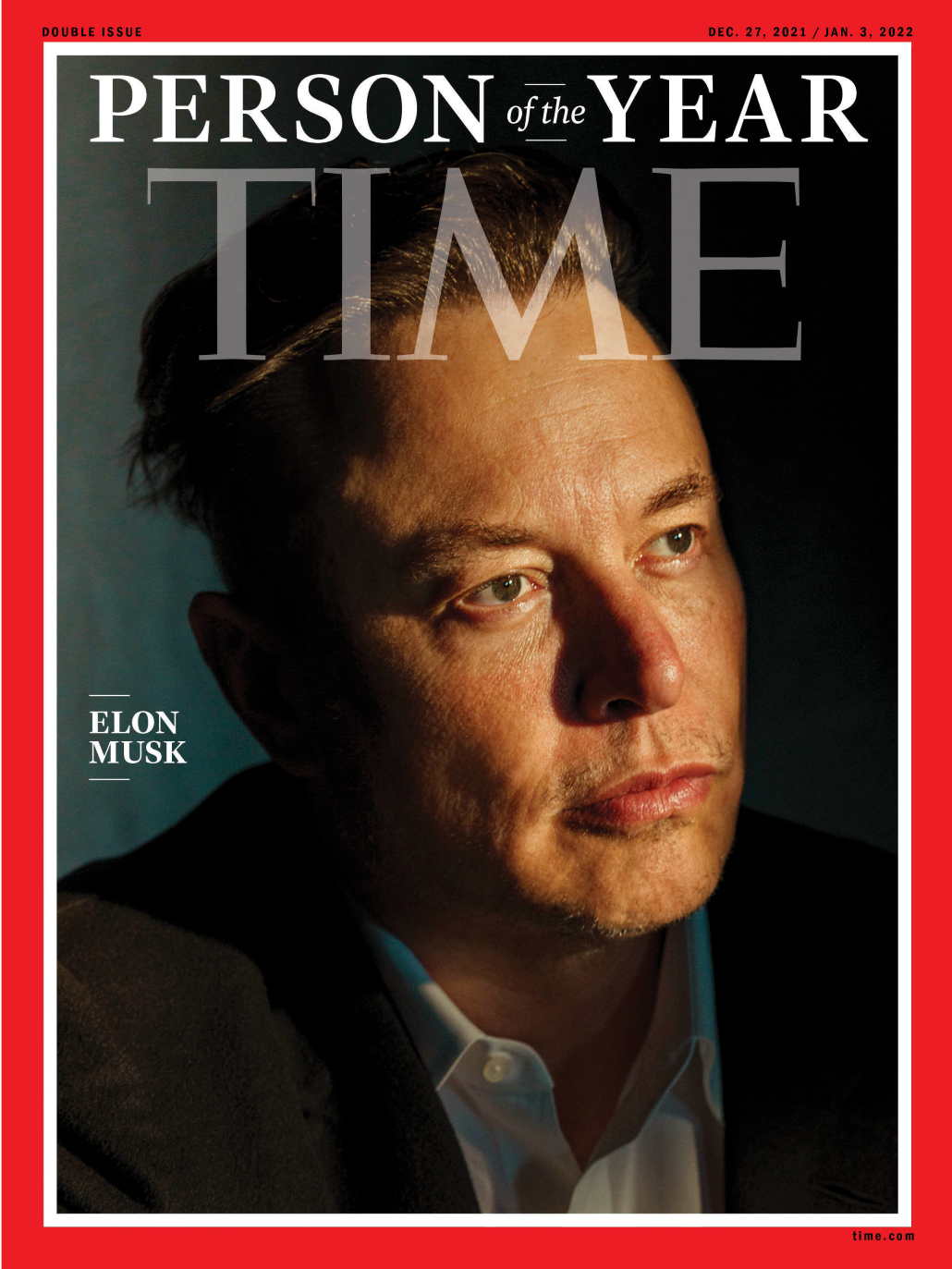 Time cited the breadth of Musk's endeavours, from his founding of SpaceX in 2002, to his hand in the creation of the alternative energy company SolarCity in addition to Tesla, the most valuable car company in the world.

The magazine emphasises that its annual acknowledgement is not an award, but rather, "recognition of the person who had the most influence on the events of the year, for good or for ill".

The magazine also noted the sway Musk holds over an army of loyal followers (and investors) on social media, where he skewers the powerful and also regulators attempting to keep in check an executive that is far from traditional.

READ MORE: New deal for Moderna to make mRNA vaccines in Victoria from 2024

Before his 66 million followers on Twitter, he offers outlandish assistance to the world and drives even his own followers and investors mad by roiling markets.

Though it only became profitable in recent years, Tesla is far and away the world's most valuable car company, at one point this year crossing the US$1 trillion ($1.4 trillion) market capitalisation threshold. Detroit heavyweights Ford and General Motors are worth less than US$200 billion ($280.5 billion) combined.

Musk said last month that SpaceX will attempt to launch its futuristic, bullet-shaped Starship to orbit in January.

NASA has contracted with SpaceX to use Starship for delivering astronauts to the lunar surface as early as 2025. Musk said he plans to use the reusable ships to eventually land people on Mars.

Time highlighted Musk's recent admission to his 66 million Twitter followers that half his tweets were "made on a porcelain throne."

In its profile of the provocative CEO, Time went on to chronicle one of those toilet tweet storms in detail before concluding: "This is the man who aspires to save our planet and get us a new one to inhabit."