Too young. Too weak. Too inexperienced.

Since taking power following his father's sudden death 10 years ago this week, Kim Jong-Un has erased those widespread doubts that greeted his early attempts to extend his family's brutal dynastic grip over North Korea.

Early predictions about a regency, a collective leadership or a military coup were crushed by an estimated hundreds of executions and purges targeting family members and the old guard. That ruthless consolidation of power, together with a larger-than-life personality seemingly made for carefully packaged TV propaganda, has allowed Kim to make clear that his authority is absolute. But as North Korea's first millennial dictator marks a decade in rule this Friday, he may be facing his toughest moment yet, as crushing sanctions, the pandemic and growing economic trouble converge. If Kim can't uphold his public pledge to develop both nukes and his moribund economy, something many experts see as impossible, it could spell trouble for his long-term rule.

The modest economic growth he achieved for several years through trade and market-oriented reforms was followed by a tightening of international sanctions since 2016, when Kim accelerated his pursuit of nuclear weapons and missiles targeting the United States and its Asian allies.

After basking in the global spotlight at summits with former US President Donald Trump in 2018 and 2019, Kim is now stuck at home, grappling with a decaying economy worsened by pandemic-related border closures. Negotiations with Washington have been deadlocked for more than two years after he failed to win badly needed sanctions relief from Trump. President Joe Biden's administration seems in no hurry to cut a deal unless Kim shows a willingness to wind down his nuclear weapons program, a "treasured sword" he sees as his biggest guarantee of survival.

While still firmly in control, Kim appears increasingly unlikely to achieve his stated goals of simultaneously keeping his nukes and bringing prosperity to his impoverished populace. Kim laid out this goal in his first public speech as leader in early 2012, vowing that North Koreans would "never have to tighten their belts again."

How Kim handles the economy in the coming years could determine the long-term stability of his rule and possibly the future of his family's dynasty, said Park Won Gon, a professor of North Korea studies at Seoul's Ewha Womans University. 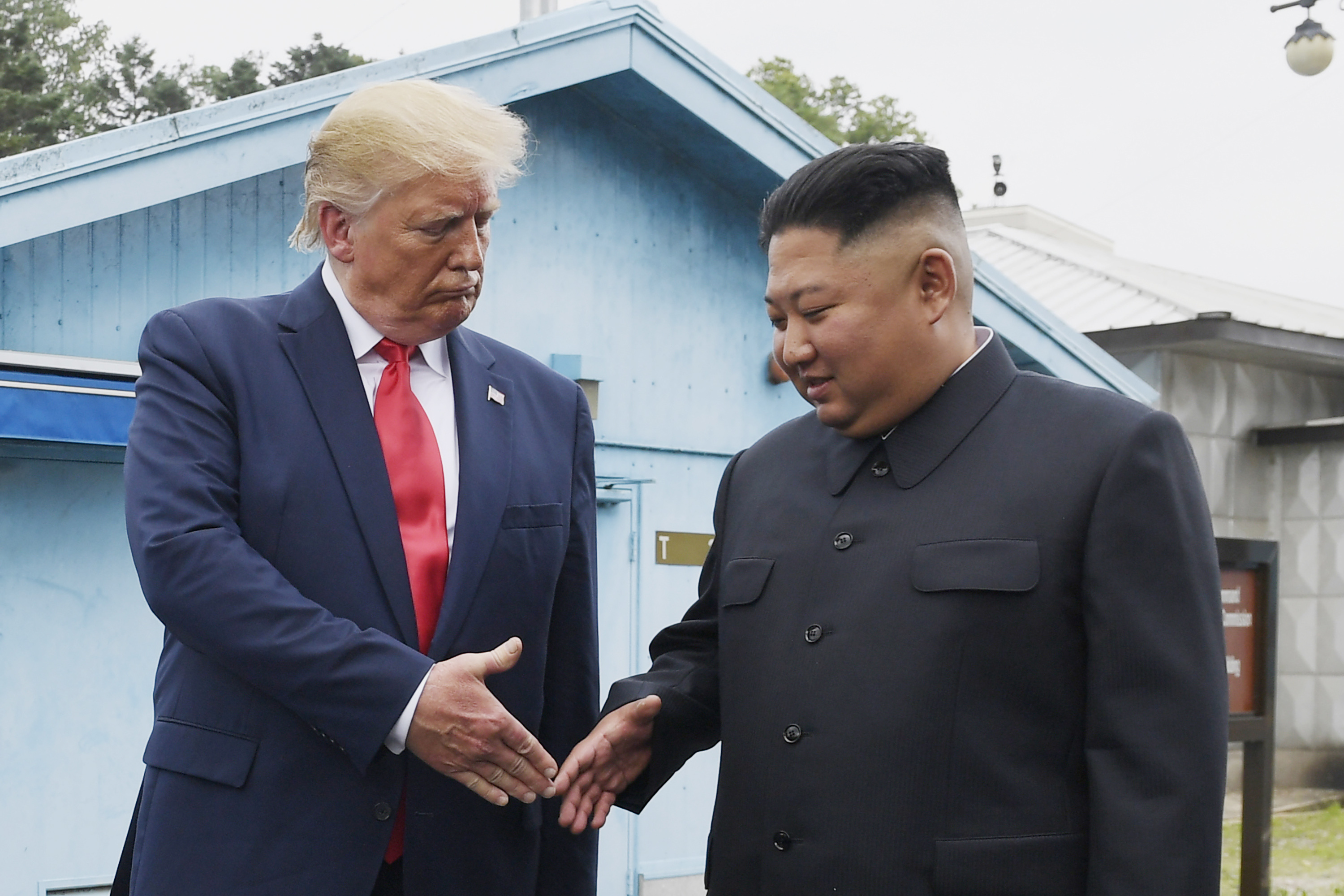 "The nuclear weapons program, the economy and the stability of the regime are all interconnected. If the nuclear issue doesn't get resolved, the economy doesn't get better, and that opens the possibility of disquiet and confusion in North Korea's society," Park said.

Kim desperately needs the removal of US-led sanctions to build his economy, which has also been damaged by decades of mismanagement and aggressive military spending.

But meaningful US relief may not come unless Kim takes concrete steps toward denuclearisation. Despite his pursuit of summitry, Trump showed no interest in budging on sanctions, which he described as Washington's main leverage over Pyongyang, and it's unclear if Kim will ever see another US president as willing to engage with the North as Trump was. 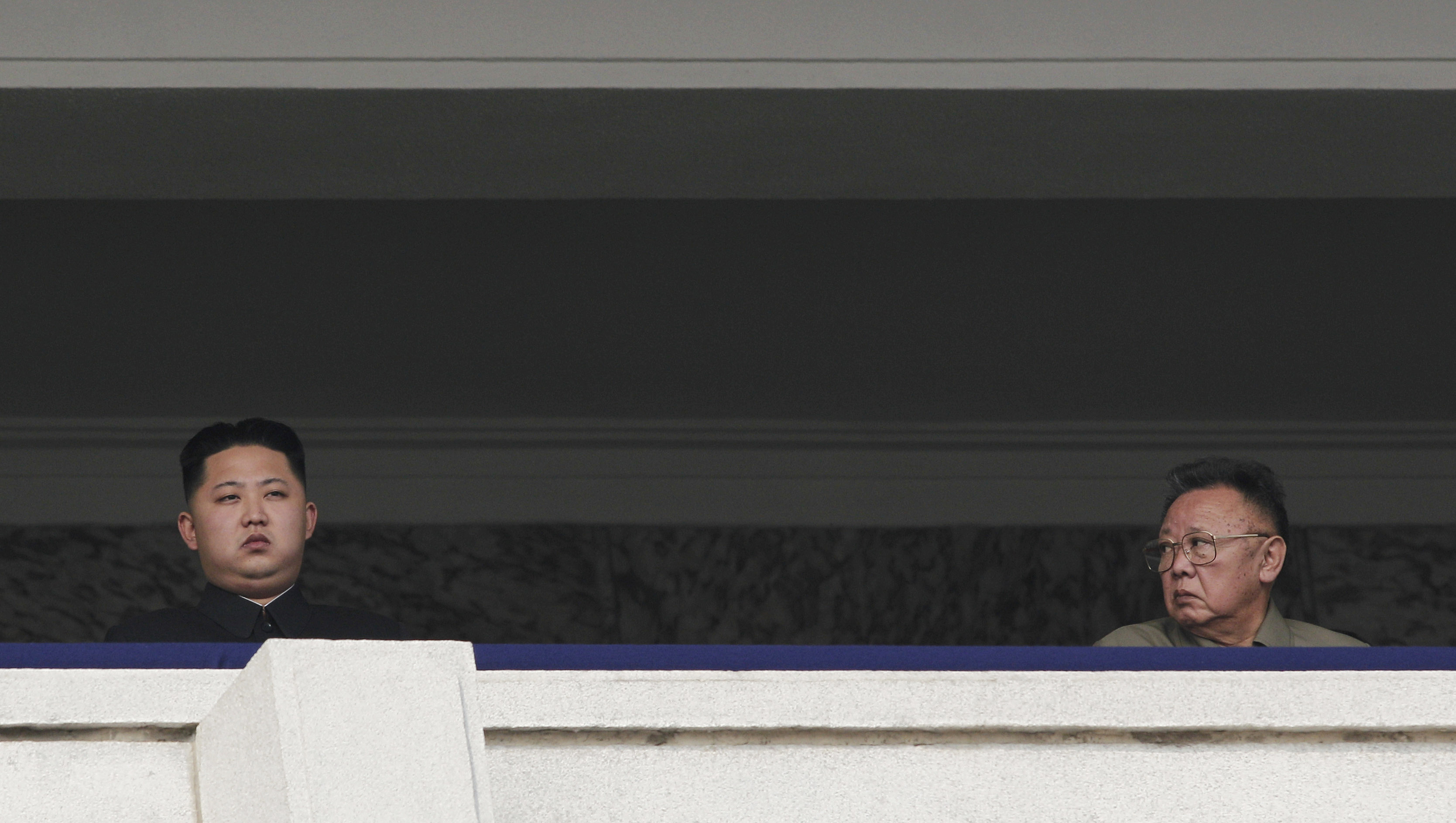 Their diplomacy fell apart after their second summit in February 2019, when the Americans rejected North Korea's demand for a major removal of sanctions in exchange for dismantling an ageing nuclear facility, which would have amounted to a partial surrender of its nuclear capabilities.

The two sides haven't met publicly since a failed follow-up meeting between working-level officials in October of that year. Two months after that Kim vowed at a domestic political conference to further expand his nuclear arsenal in the face of "gangster-like" US pressure, urging his people to stay resilient in the struggle for economic self-reliance.

But the global COVID-19 crisis has hampered some of Kim's major economic goals by forcing the country into a self-imposed lockdown that crippled its trade with China, its only major ally and economic lifeline. 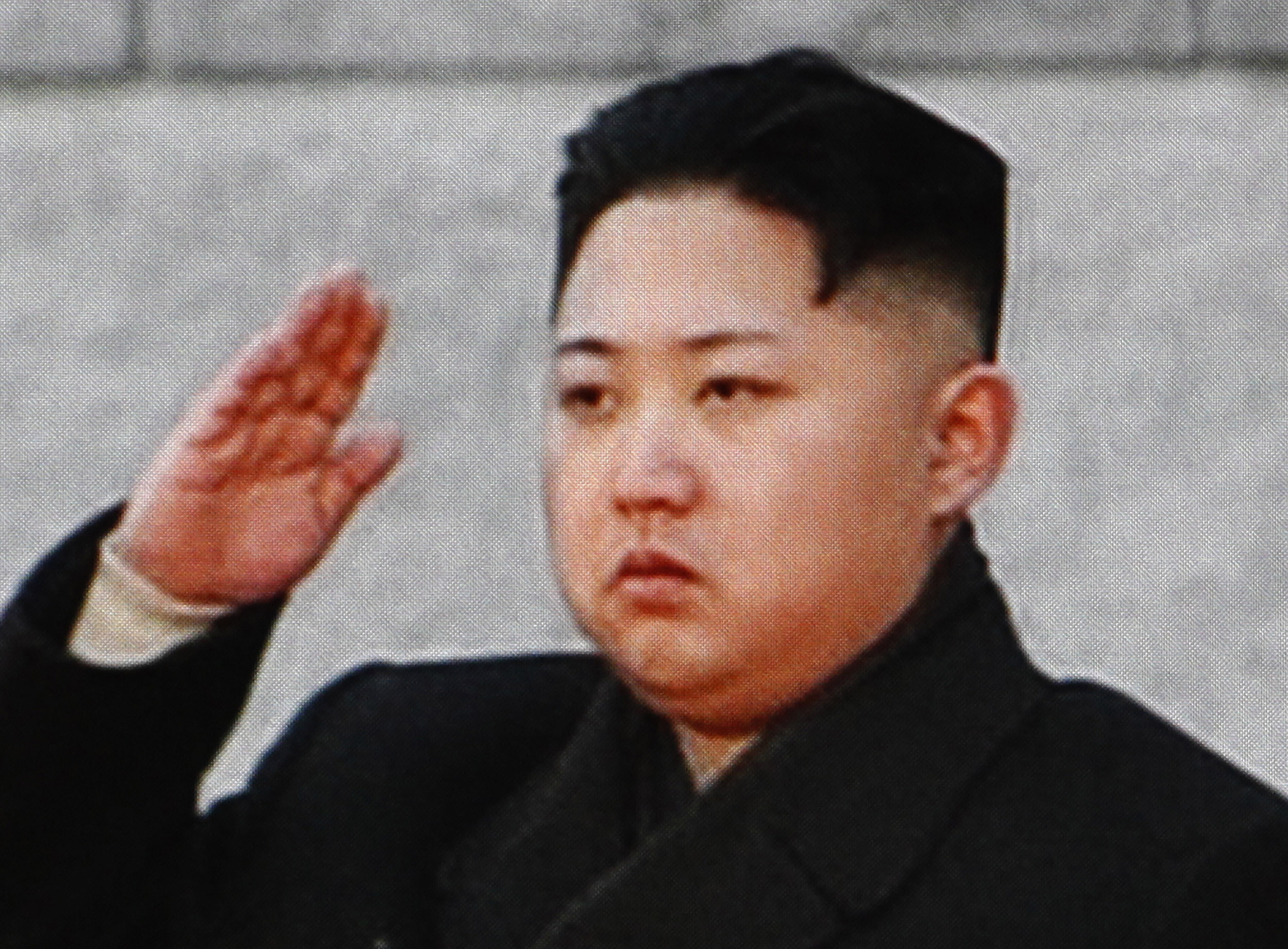 South Korea's spy agency recently told lawmakers that North Korea's annual trade with China declined by two-thirds to US$185 million ($259 million) through September 2021. North Korean officials are also alarmed by food shortages, soaring goods prices and a lack of medicine and other essential supplies that have accelerated the spread of water-borne diseases like typhoid fever, according to lawmakers briefed by the agency.

Talks with the United States are in limbo. The Biden administration, whose pullout from Afghanistan underscored a broader shift in US focus from counterterrorism and so-called rogue states like North Korea and Iran to confronting China, has not offered much more than open-ended talks.

The North has so far rejected the overture, saying Washington must first abandon its "hostile policy," a term Pyongyang mainly uses to refer to sanctions and US-South Korea military exercises. "North Korea is not going to surrender its nuclear weapons, no matter what," said Andrei Lankov, a professor at Seoul's Kookmin University. "The only topic they are willing to talk about is not the pipe dream of denuclearisation but rather issues related to arms control."

Kim may benefit, however, from the Washington-Beijing confrontation, which increases North Korea's strategic value to China, Lankov said. China is willing to keep North Korea afloat by expanding food, fuel and other aid, and that reduces pressure on Kim to negotiate with the United States.

"Instead of growth, North Korea will have stagnation, but not an acute crisis," Lankov said. "For Kim Jong-Un and his elite, it's an acceptable compromise." 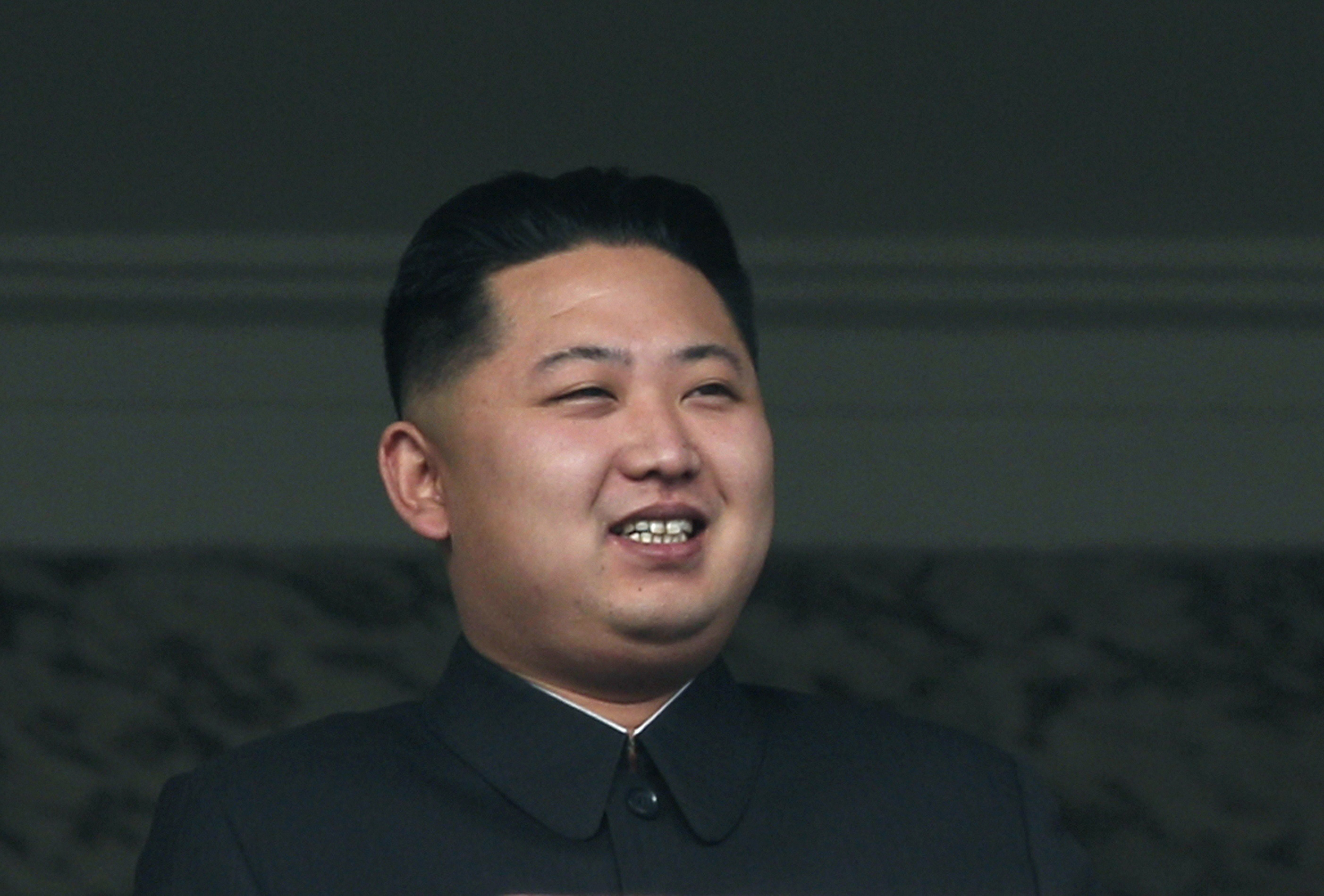 North Korea has been taking aggressive steps to reassert greater state control over the economy amid the country's pandemic border closure. This rolls back Kim's earlier reforms, which embraced private investments and allowed more autonomy and market incentives to state enterprises and factories to facilitate domestic production and trade.

There have also been signs that North Korean officials are suppressing the use of US dollars and other foreign currencies in markets, an apparent reflection of worry about depleting foreign currency reserves.

Restoring central control over the economy could also be crucial for mobilising state resources so that Kim could further expand his nuclear program, which would otherwise be challenging as the economy worsens.

While Kim has suspended the testing of nuclear devices and long-range missiles for three years, he has ramped up testing of shorter-range weapons threatening US allies South Korea and Japan. "Nukes brought Kim to this mess, but he's maintaining a contradictory policy of further pushing nukes to get out of it," said Go Myong-hyun, a senior analyst at Seoul's Asan Institute for Policy Studies.

"The US-led sanctions regime will persist, and a return to a state-controlled economy was never the answer for North Korea in the past and won't be the answer now. At some point, Kim will face a difficult choice over how long he will hold on to his nukes, and that could happen relatively soon," Go added.