The pilot was flying over the South China Sea when he spotted the light formations through the clouds near Hong Kong.

Three sets of lines of white orb-like objects can be seen in the video shining through the clouds. 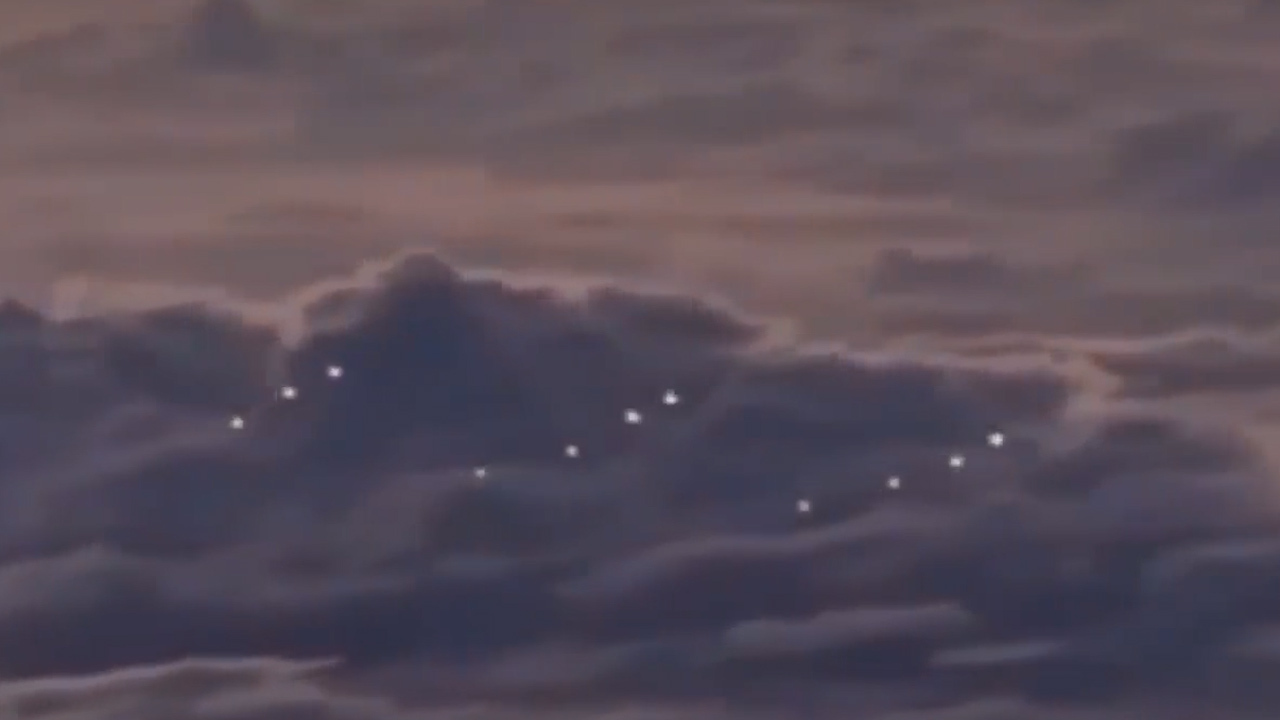 The objects appear to be dipping in out and of the clouds as they fly in together in an erratic way.

In the video one person can be heard saying: "I don't know what that is. That is some weird shit."

Some users on social media speculated the objects could be reflections from the cockpit glass or military flares.

Similar footage was filmed by a woman on December 9 from the Chino Hills region of California.

According to her the orbs were first spotted by her grandson while he was taking out the rubbish.