Australia could become one of the hottest places in the world this week, with temperatures potentially soaring to 50C in the outback.

The nation's highest official temperature on record for December clocked in at 49.9C at Nullarbor in South Australia in 2019, Weatherzone said.

This heatwave is being fuelled by an "exceptionally hot air mass" and a lack of cloud cover. Hot air will build over central Australia during the next several days, peaking at the end of the week as it drifts north-west.

"Severe to Extreme" heatwave conditions will be felt across a large area of central and northern Australia this week.

The hottest temperatures are expected over the Pilbara, Kimberley and North Interior districts of Western Australia, with a chance of 50C being hit. 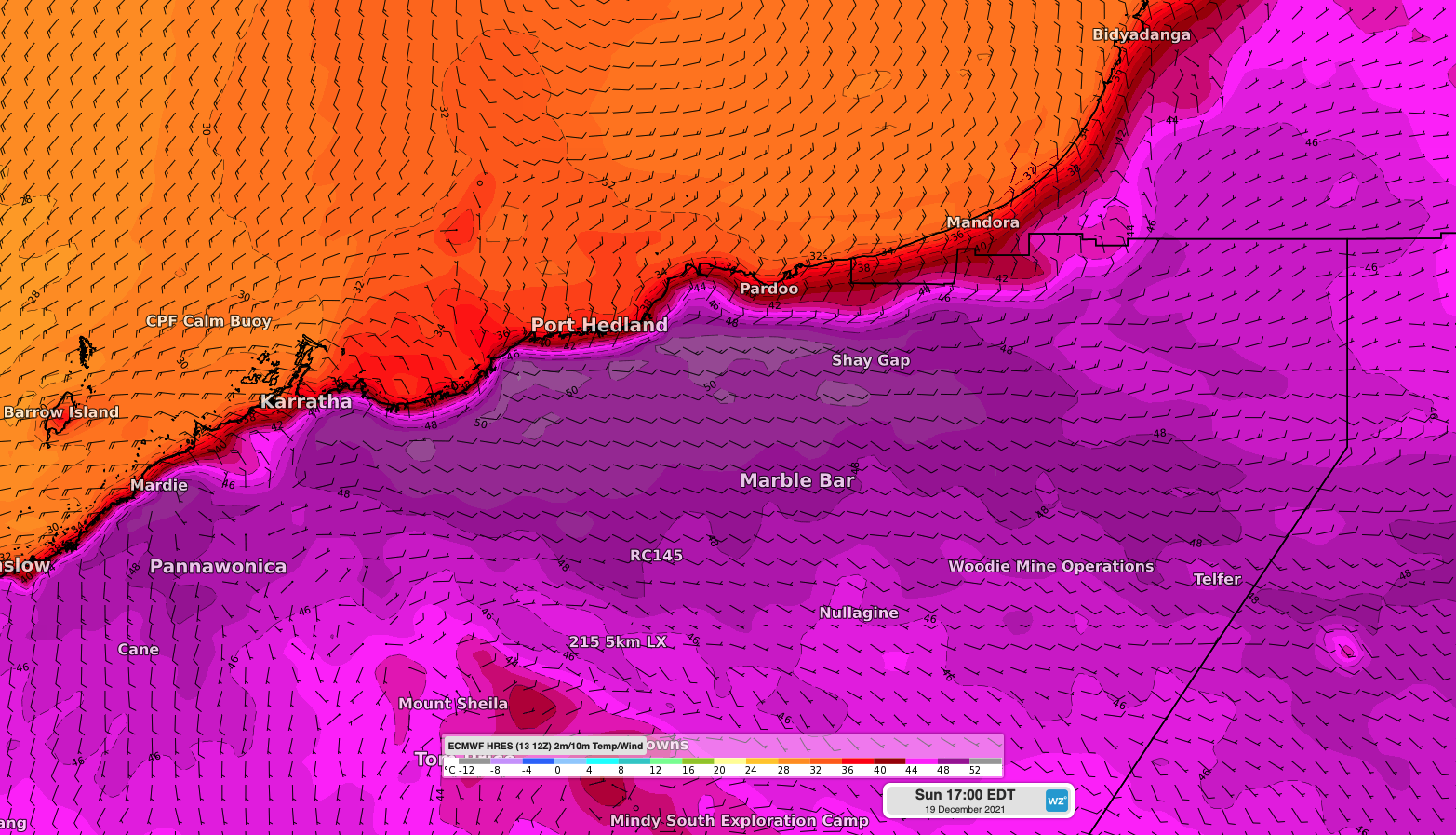 A highs of 41C is predicted for Alice Springs every day between now and Saturday, Weatherzone said.

This is 4 – 6C above average for this time of year.