An architect-designer in southern Finland has returned to a frozen lake with a snow shovel to draw a large animal on the ice for the sixth year in a row, creating an artwork that he hopes will "make people happy and encourage them to go out to hike in a beautiful nature."

On December 4, Pasi Widgren drew a fox that measures about 90 metres from nose to tail on Lake Pitkajarvi, north of Helsinki.

In previous years, he used a shovel to sketch a bear and an owl, always using the same lake as his canvas. 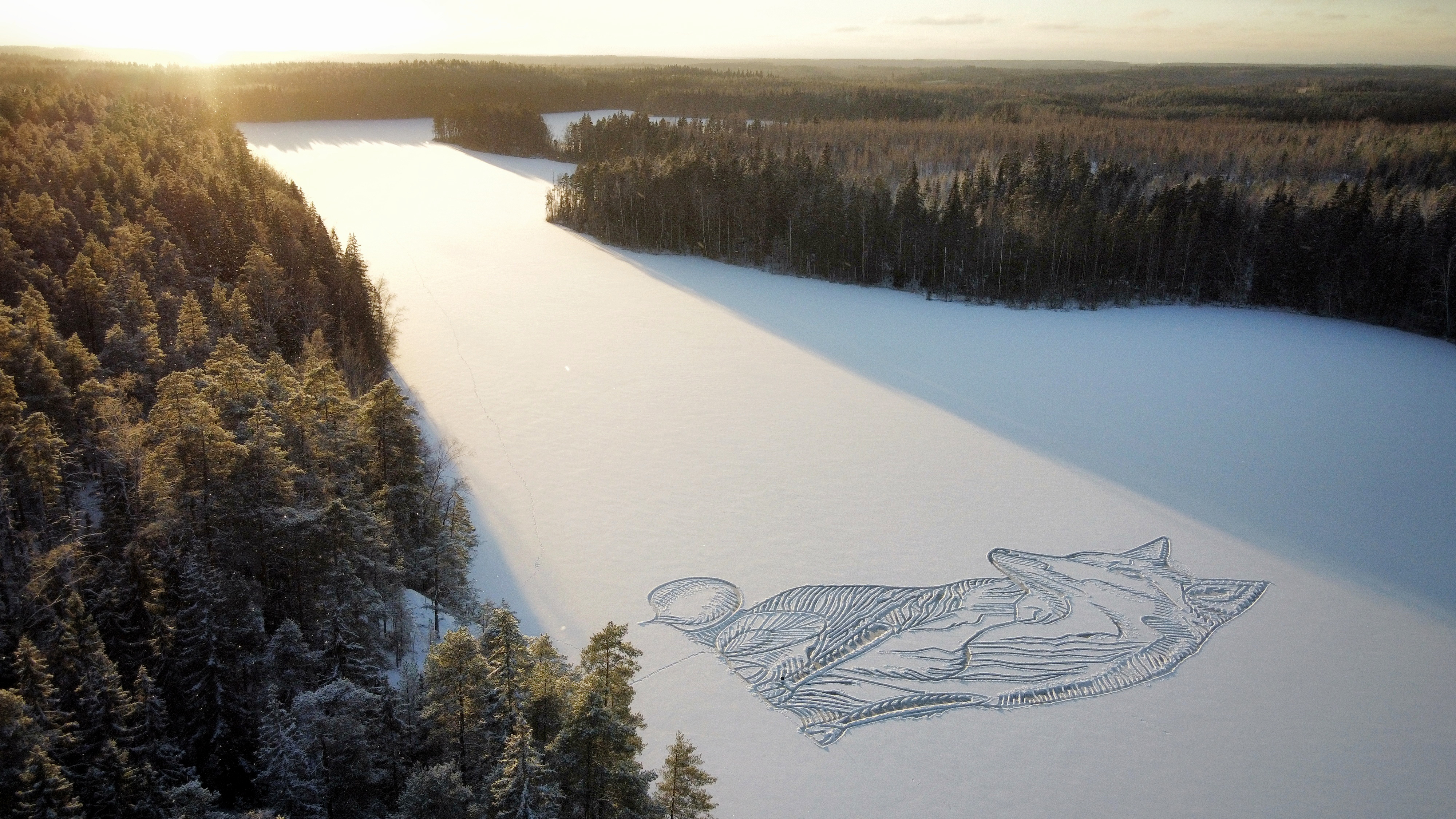 Widgren has drawn animals on local lakes every winter since 2016 near his home in a village not far from Lahti, a town of 120,000.

The drawings disappear when more snow falls or when the ice melts.

The idea for the ephemeral art came "suddenly a couple of years ago when I realized I may have a special ability of coordination to do this kind of things myself," the 40-year-old told The Associated Press. When he reached Lake Pitkajarvi this month, he tested the thickness of the ice to make sure it was dense enough to walk and work on. At 10cm-15cm thick, it was.

"Of course, I had ice awls with me, around my neck," in case the ice cracked and he had to rescue himself, Widgren said.

"Then I sketched the contours of the figure by walking and thinking it to match my image of fox at the same time and then I started to 'draw' by using (the) snow shovel." 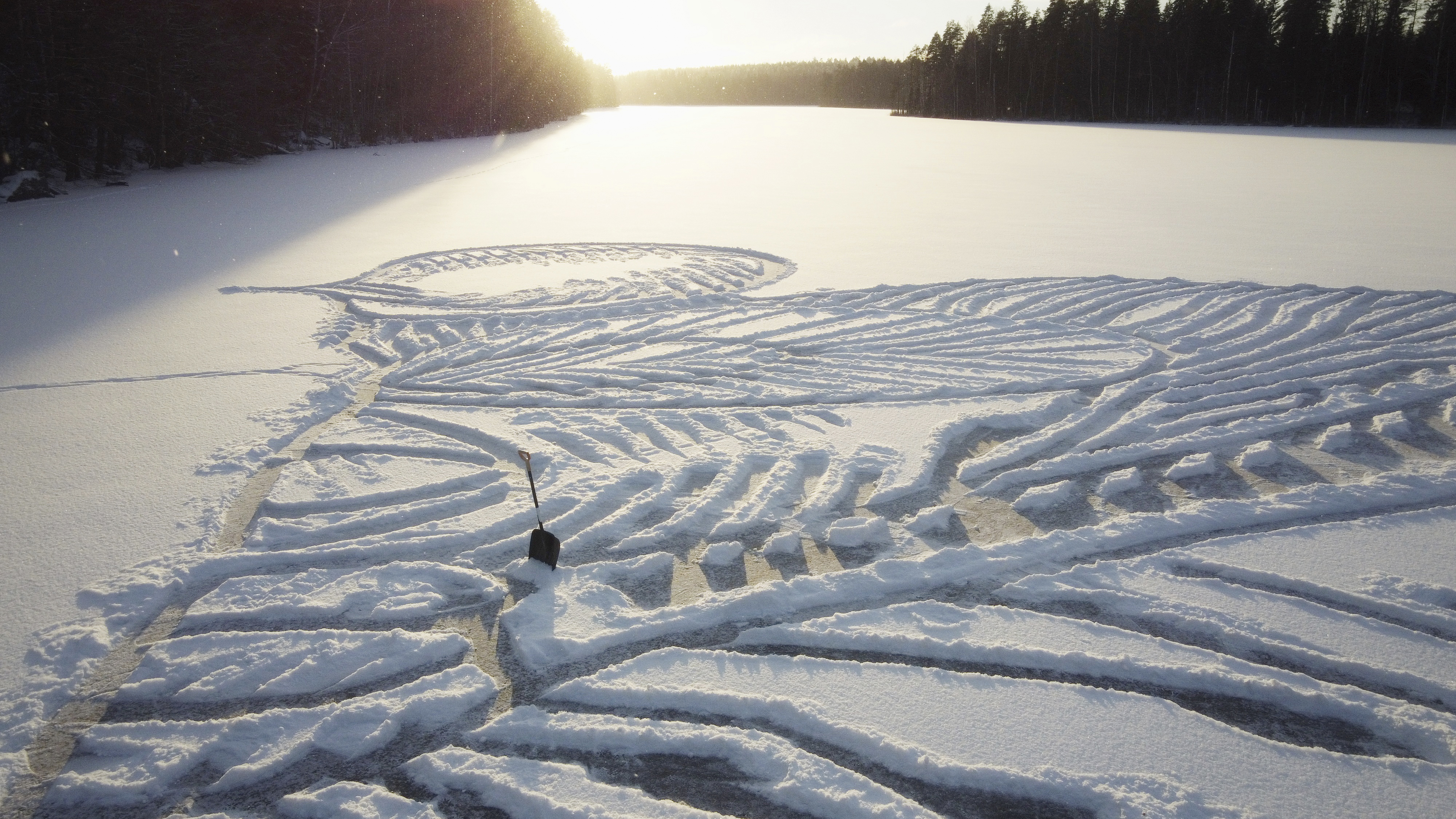 "I walked to the top of the cliffs" 45m above the lake "to look at the end result, drank coffee from my thermos bottle and took some photos and videos as a memory of doing this."

The fox was less visible by Monday because it has snowed a little, Widgren said.

"It's very important to me also that making this kind of art doesn't leave any (marks) to nature," he said.