The head of the New South Wales branch of the Australian Medical Association has sounded a note of concern over the end of the state's mask mandate, after more than 800 COVID-19 cases were recorded yesterday.

From today, masks are only required on public transport, in airports and on planes, and for front-of-house hospitality staff who are unvaccinated.

People are still "strongly encouraged" to wear masks when they cannot socially distance. 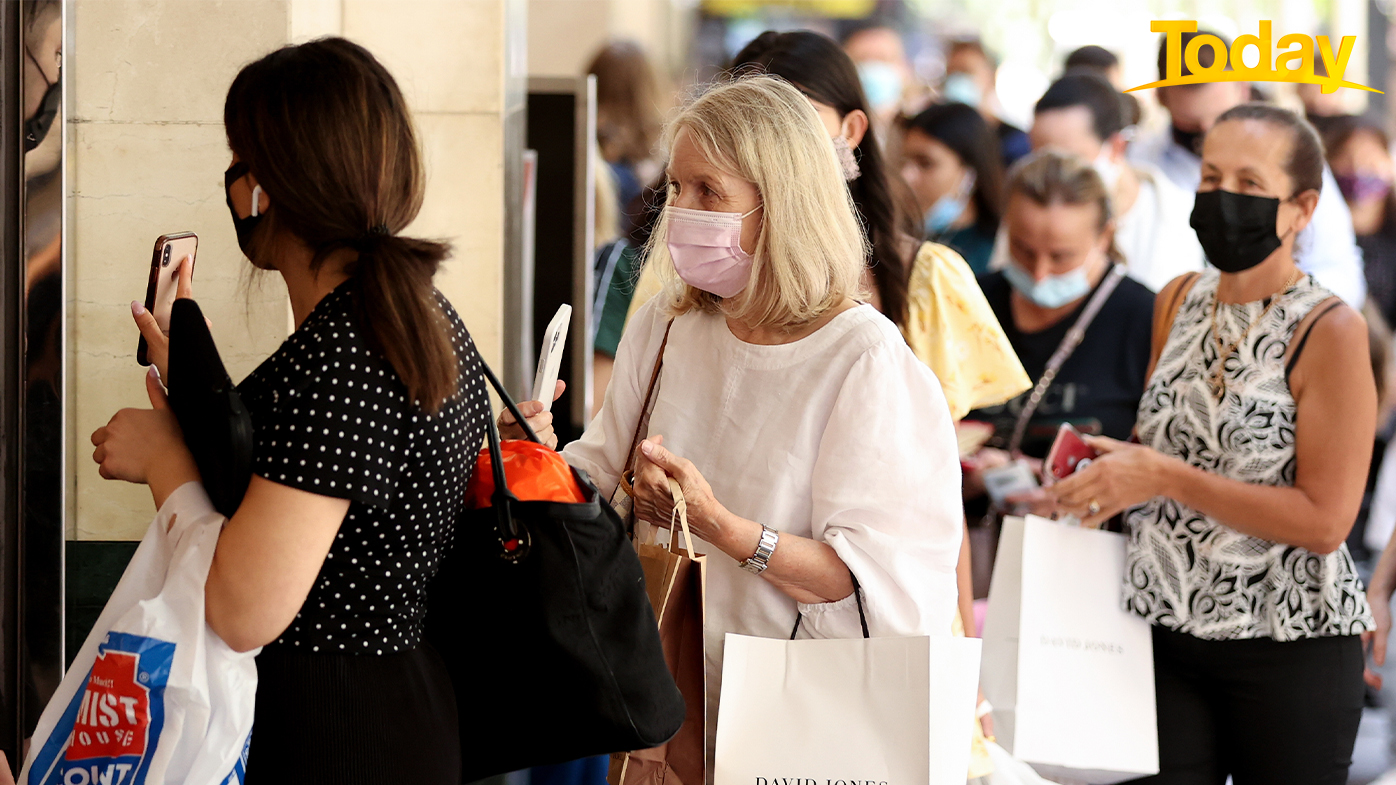 It's one of a number of changes that come into effect across the state today, with the removal of virtually all remaining restrictions for vaccinated and unvaccinated people.

"We've been worried in the weeks leading up to this anyway, and encouraging the government to reconsider the mask mandate in particular," Dr McMullen told Today.

"We know that indoor masks are a really simple, cheap way of reducing the spread of COVID-19."

READ MORE: Europe's fight against pandemic is about to get much more dangerous

She said people were likely to be nervous about getting infected ahead of Christmas, particularly with parties and gatherings on this week.

"I think the best thing we can all do, to be able to have as much of a normal life as possible, is to keep those masks on indoors, get tested if you even have the slightest sniffle, go and get a proper PCR test," Dr McMullen said.

"And if you're going to a big Christmas gathering or you're going to go visit nan or visit other elderly relatives, maybe think about doing one of the home tests before you go out, even if you are feeling fine, because we are seeing some spread from people who just don't know they're carrying COVID."

Dr McMullen said doctors were "cautiously confident" that Omicron appeared to be a milder variant.

"Our health systems are coping, but even if it's only a mild illness, we still can't afford to have the whole community infected all at once," she said.

A COVID-19 outbreak that has spread to hundreds of cases in Newcastle in the Hunter Valley has been linked to an alleged Sydney breacher, Health Minister Brad Hazzard has said.

Mr Hazzard told yesterday 2GB that a COVID-positive person from a boat party on Sydney Harbour, which sparked a cluster last week, ignored health advice to self-isolate and attended the Argyle House in Newcastle.

"I believe that person was asked to self-isolate for seven days and that person apparently on the face of it may not have done that and went to a nightclub in Newcastle," Mr Hazzard said.

Mr Hazzard also confirmed there has been a significant jump in people testing positive for the virus after attending the nightclub on December 8.

Testing is underway to see if these cases are the Omicron variant.

Anyone who went to The Argyle House nightclub from 9pm on Wednesday, December 8 to 3am on December 9 has been deemed a close contact and must immediately get tested, and isolate for seven days.

They must then minimise mixing with other people and avoid high-risk settings for the next seven days.

The Newcastle outbreak has also spread to Queensland, after a plane from the steel city to the Sunshine State was declared a high-risk exposure site.

It's understood a passenger with COVID-19 travelled on a flight to Brisbane, before catching a connecting one to Townsville.